aside What To Do About Dreamers According To The President

On 2/16/17 Brian Bennett and Michael M. Memoli of the LA Times, have published a report, outlining ways that the president’s team are considering to finagle the rightfully sensitive issue of DACA and the “Dreamers” while minimizing the negative consequences for any of their actions.

Here are excerpts from the article, “The White House has found ways to end protection for ‘Dreamers’ while shielding Trump from blowback:”

“While President Trump wavered Thursday on whether he will stop shielding from deportation people who were brought to the U.S. illegally as children, his aides have identified at least two ways to quietly end their protections without his fingerprints.”

“An executive order has already been drafted to end the program, Deferred Action for Childhood Arrivals, that allows hundreds of thousands of the immigrants to live and work openly in the U.S. Trump used that legal mechanism to great fanfare to expand deportation authority and restrict entry to the U.S.”

“But with the president showing less willingness to sign such an order, advisors have begun to explore alternatives. Their hunt suggests that the White House is hesitant to publicly target a well-organized group of immigrants who have prominent public backing, including from President Obama, and to whom Trump has shown sympathy.”

“DACA is a very, very difficult subject for me,” Trump conceded during a rambling East Room news conference Thursday, promising to address the issue “with heart.… It’s one of the most difficult subjects I have because you have these incredible kids.”

“Trump is caught between two camps. His supporters count the end of deportation protections as a key component of his promise to strengthen immigration enforcement. In campaign speeches, Trump repeatedly promised to end the program on “day one” of his presidency and called the protections “unconstitutional executive amnesty.”

“On the other side, a mix of stakeholders, including the 750,000 people who have won work permits, want to see even more immigrants allowed to come out of the shadows. And some Republican strategists are concerned that suspending DACA could energize Latino voters and liberal activists in key congressional districts during the midterm elections next year.”

“If he repeals DACA, people will start screaming at him,” said Alfonso Aguilar, a Republican strategist who heads the Latino Partnership for Conservative Principles and has advocated within the GOP for a path to legal status for people in the country illegally.” 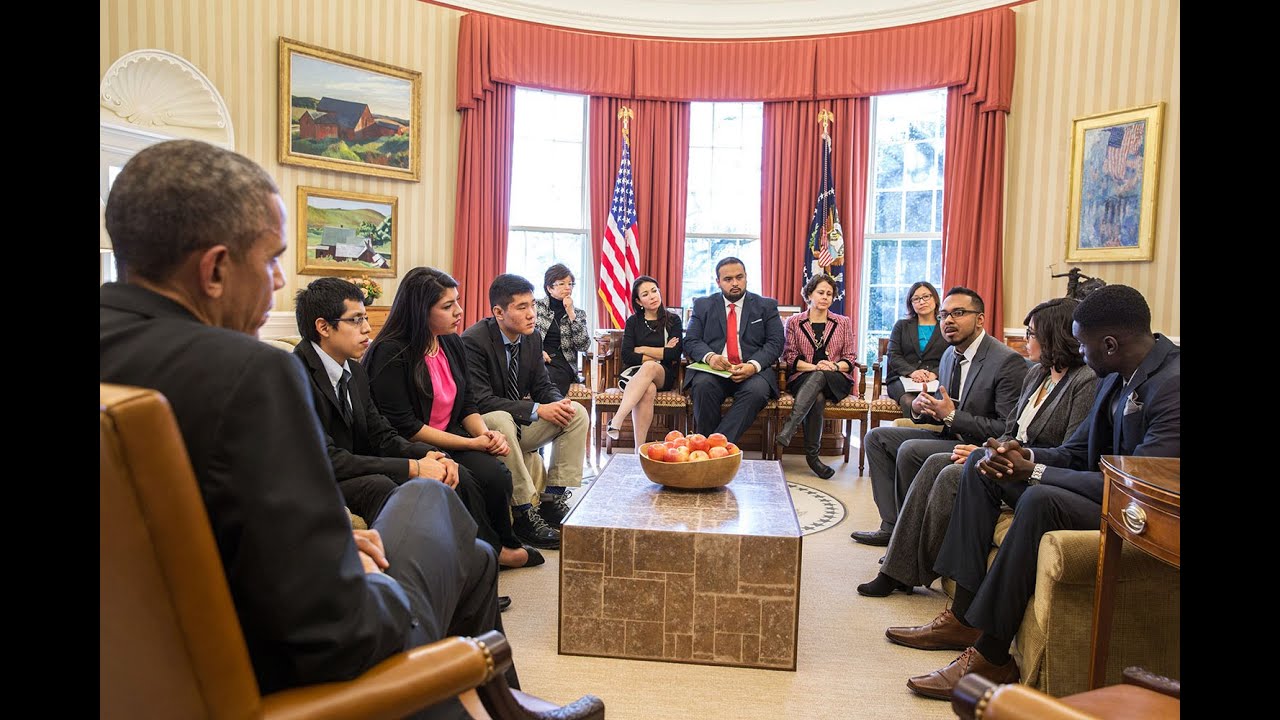 “Indeed, immigration agents’ arrest last week of a 23-year-old in Washington state who was in the program immediately caused an outcry.”

“But senior Trump aides are holding fast to their goal of strengthening immigration enforcement, the president’s chief campaign promise. They have examined at least two options that would not directly involve Trump, according to two immigration policy advisors to the White House: a lawsuit brought by states, and new legal guidance that details who is a priority for deportation.”

“Under that option, Atty. Gen. Jeff Sessions, a vocal critic of deportation relief as a senator, would direct Department of Justice lawyers to review the program, which issues two-year work permits to people who qualify and keeps them from being categorized as deportation priorities.”

If the Justice Department determines that DACA is not legal or is no longer a responsible use of prosecutorial discretion, the Department of Homeland Security would be instructed to stop awarding and renewing work permits.

Another possible path involves the courts. A handful of governors are considering a challenge patterned on the 2014 lawsuit filed by several conservative state officials against the Obama administration’s expansion of deportation protections. If they sue, Sessions could instruct his lawyers not to defend the program in court, exposing it to indefinite suspension by a federal judge.

“Deportation relief could also be ended “the same way it was begun,” said Kris Kobach, the Kansas secretary of state and the architect of multiple state and local laws aimed at immigrants in the U.S. illegally. Homeland Security Secretary John Kelly could simply instruct U.S. Citizenship and Immigration Services to stop issuing work permits, much as Obama’s first secretary of Homeland Security, Janet Napolitano, created DACA with a memo in 2012.”

‘Trump has increasingly indicated he will not end the program, both at Thursday’s news conference and in private conversations over the last three months.”

“During their first post-election meeting at the White House, Obama nudged Trump not to start his presidency by attacking the Dreamers, as the young immigrants are called. Obama left with the impression that Trump understood the political risks.”

“The incoming president understands imagery,” Obama told congressional Democrats in a closed-door meeting in January, according to Rep. Ted Lieu (D-Los Angeles). “When you’ve got a female student valedictorian that did nothing wrong, and now you want to deport her to a place she’s never been before, now her classmates and teachers are saying, ‘She’s one of us’; that’s not a good image for Mr. Trump to have.”

“Obama has said that if Trump targets Dreamers, he might speak out, a notable warning because Obama has said he’s otherwise reluctant to speak publicly on issues early in Trump’s presidency.”

“At his inauguration lunch with congressional leaders, Trump told Sen. Richard Durbin (D-Ill.), the Senate’s No. 2 Democrat, “We don’t want to hurt those kids.”

“And though few immigration advocates have a direct connection with the new administration because they are largely seen as allied with Democrats, several Latino evangelical leaders believe their conversations with Trump’s transition team — along with their prayers — helped shape the White House’s considerations.”

“The pastors urged Trump advisors to “have some grace and mercy” for the Dreamers. These were sons and daughters of families in congregations across the country, members of their communities, they explained during a conference call in December.”

“Hours later, an interview was published in which Trump told Time magazine he would “work something out” for the Dreamers.”

“People across the country were texting me and calling me: ‘We just heard the president!’” said Reyes, whose group is made up of 40,000 Christian congregations nationwide. “This was a softening of the rhetoric. We’re just so thankful…. As a family of faith, we take note of those things. It gave us a lot of hope.” 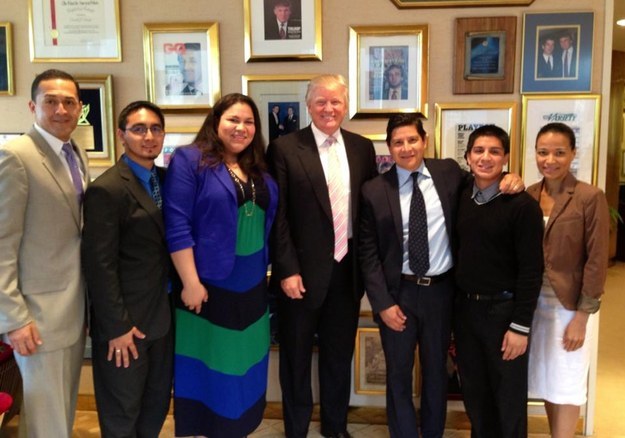 “The White House is examining a range of options, an official said Thursday, emphasizing that no final determination has been made.”

“But some of Trump’s core supporters fear that the turmoil within the White House and the severe blowback from his travel bans are weakening the president’s resolve. His wobbling on the Dreamers, along with Republicans’ stalled attempt to repeal the Affordable Care Act, stand out as parts of Trump’s platform where pragmatic voices in the West Wing have quashed the rough-and-tumble impulses of nationalists Steve Bannon and Stephen Miller.”

“It is worth giving them a little bit of leeway, but at the same time, you can’t really campaign on something being unconstitutional and then keep doing it,” said Rosemary Jenks, vice president and director of government relations for NumbersUSA, a group that advocates for reduced immigration levels.”

“Even though Jenks wanted to see DACA ended immediately, she was encouraged when Trump overhauled immigration law enforcement with an executive order signed in his first week that stripped limits on who should be deported. Now, about 8 million of the immigrants in the country illegally are considered priorities for removal, out of 11.1 million altogether.”

“The Trump administration has done a lot to restore rule of law in immigration, and we are still in very early days, so I don’t think anyone should be criticizing them for not doing enough at this point,” said Kobach, who advised Trump’s transition team on immigration policy but said he hasn’t been involved in decisions since Trump took office.

“And as it does, work permits are still being issued.”