aside Persist In The Resistance V. The President As Per The Alt State Department

The republican legislators are in the process of coming up with a coherent way to explain away the increased number of constituents demanding town-hall meetings, personal contacts, and the increase in phone calls, messages, emails, etc.

Below are examples of how our US republican legislators are trying to marginalize their constituents who are demanding face to face contact:

As per a 2/6/17, Florida Politics article, “Last week Rubio tweeted that “many Democratic colleagues tell me they have heavy pressure from left-wing radicals to opposed everything before they know what it is,” irking some of the protesters. “

As per a 2/15/17, The Raw Story has published a story on Senator Marco Rubio’s response to flyers being distributed, declaring him to be a missing person. A spokesperson for Rubio called the fliers “dishonest. The spokesperson claimed, “Anyone who claims they can’t get in touch with Senator Rubio’s office is being dishonest,” the spokesperson said. “Our Tampa office only has two employees and serves multiple counties, yet they have met with dozens of these liberal activists.”

“This is nothing more than a strategy outlined in an online (Indivisible) activist manual to carry out ‘mass office calling,’” the spokesperson continued. “In the manual, activists are instructed that ‘you and your group should all agree to call in on one specific issue that day.’ They are further instructed that ‘the next day or week, pick another issue, and call again on that.’ Their goal is to flood offices with calls and emails and then go to the press and claim they aren’t getting a response.”

I am one of those peoples who attempted to call his office phone multiple times but I could not even leave a message. Finally, I did email him.

There is nothing wrong with the organizing of activists to take particular actions. This does not mean that all of the senator’s constituents wishing to speak with him are paid, or that all are extreme liberals. If he dares to hold a town meeting, he would soon discover how diverse his constituents are, regarding the repeal of ACA among a myriad of other concerns.

It is my firm belief that the recent rallies (mid February 2017) led by our republican President Donald Trump were a deliberate attempt to remind fellow republicans as to how ardent and loyal his supporters are, as well as to control the message with his followers. The president went out of his way to extol his thousands of attendees into believing whatever he says, instead of the purported “fake news” disseminated by the establishment press.

“It is up to “we the people” who are part of the resistance to persist because in part, the recent president’s rallies were also a response to the recent successful huuuuge protests, more constituents attending town hall meetings, held by their legislators; as well as the numerous phone calls, emails, and letters voters are doing to contact them.”

This is the how to manual that Senator Marco Rubio was probably denouncing: THE INDIVISIBLE GUIDE: Read the text of the how-to anti-Trump manual

Lies from our president:

The major lie that the president is trumpeting is that “the press is an enemy of the American peoples.”

According to a 2/18/17 VOX report, the president stated, “We are not going to let the fake news tell us what to do, how to live, or what to believe. We are free and independent people and we will make our own choices. We are here today to speak the truth, the whole truth, and nothing but the truth. “

Lie 1.) “The White House is running so smoothly. So smoothly. And believe me, I and we inherited one big mess.”

This lie does not need to be explained. There are so many leakers to the media from within the White House who are saying something different. This was one of the reasons why the retired Vice Admiral Robert Harward refused the  very sought after position of the National Security Advisor, this past week.

Lie 2.) (Obamacare) “You look at some states, Arizona, up 116%. Your deductibles have gone so high you can never use it. Obamacare doesn’t work. It’s become totally unaffordable. Remember they said the healthcare, it’s unaffordable. It doesn’t work. And I said to the Republicans, I said you want to do something great politically: don’t do anything. Sit back for two years, let it explode. We have to fix it. And we will.”

On 1/4/17, “Senator Rand Paul stated on the MSNBC TV show “Morning Joe,” that the repeal of Obamacare without a substitute, while retaining the popular parts, would cost American Taxpayers, $20 billion dollars. The senator continued to explain that the insurance companies are already having profits eroded by adverse selection, but this status will become much worse if Obamacare is repealed without immediately being replaced with an alternative.”

A fellow blogger, Keith of Musingsofanoldfart.com commented as to how it was the republicans who by their actions, contributed to making Obamacare more expensive, so that they can now use it as a talking point. This is what Keith wrote, “One key improvement would be to fully fund the risk corridors to help insurers with adverse selection. These were cut back by Congress to help strangle it. It was done with intent to cause premiums to go up.”

So, for the year 2017, it was republicans who voted against funding “risk corridors” which caused the one time spike in rates and they were well aware of this consequence.

“Trump actually got 304, not 306, electoral votes, because two faithless electors didn’t vote for him when the Electoral College met, despite Trump winning their states.”

“When asked, Trump later said at his news conference that he meant he achieved a bigger Electoral College victory than any Republican since Reagan in 1980 and 1984.” 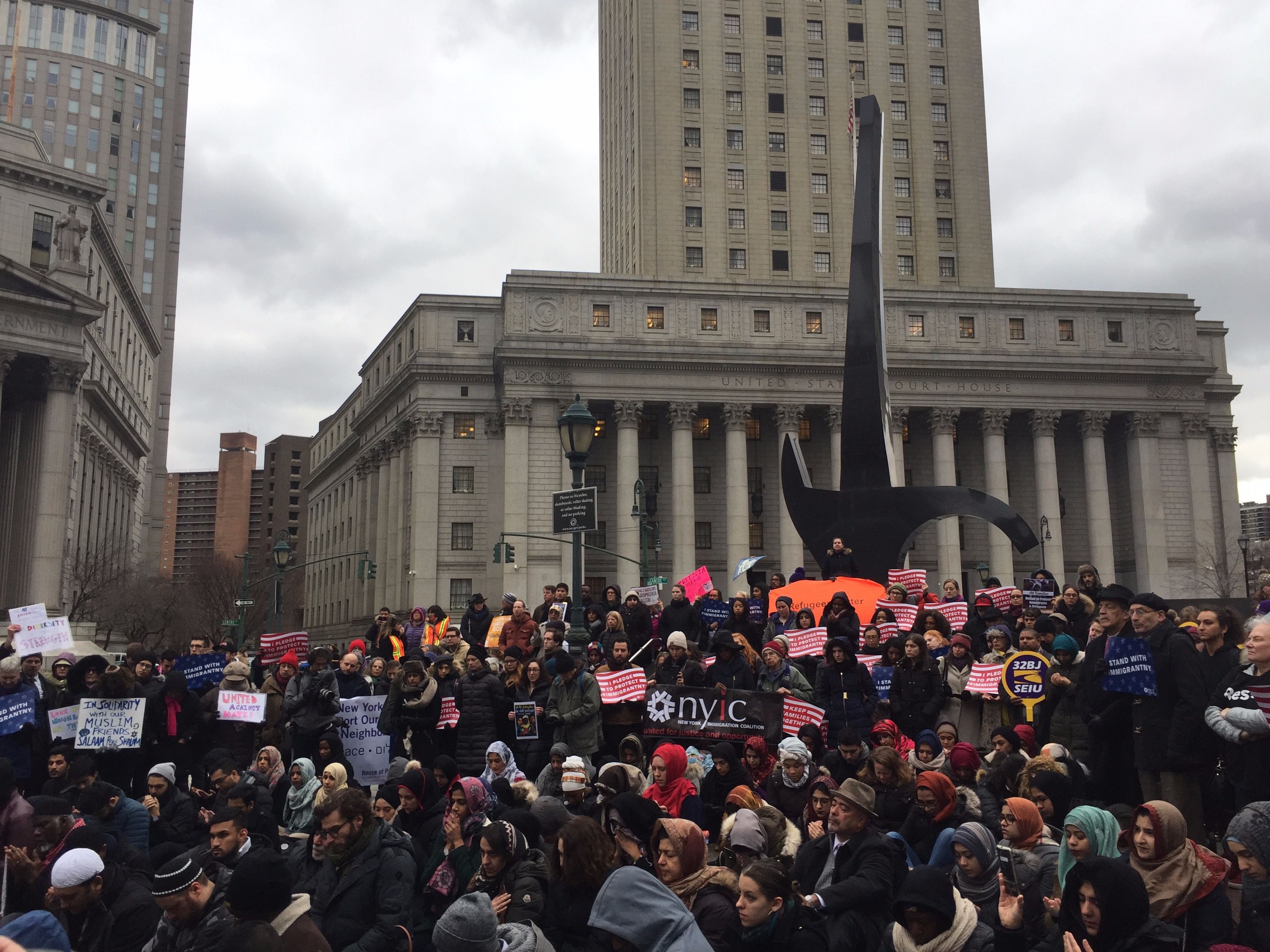 Lie 4.) As per a 2/19/17 Esquire report,“Within a few days of taking the oath of office, I’ve taken steps to begin the construction of the Keystone and the Dakota Access Pipelines. Anywhere from 30-40,000 jobs. And very importantly, as I was about to sign it, I said who makes the pipe? Who makes the pipe? Something this audience understands very well, right? Simple question. The lawyers put this very complex document in front. I said, who makes the pipe? They said, sir, it can be made anywhere. I said not anymore. I put a little clause in the bottom. The pipe has to be made in the United States of America if we’re going to have pine line.”

“The 30,000 jobs figure was debunked years ago. The pipes for it have been sitting in North Dakota for years.Many of them were not made in America.”

Nothing happened the night before in Sweden.

The following is a website which is a frequently used reference for those who are part of the resistance: 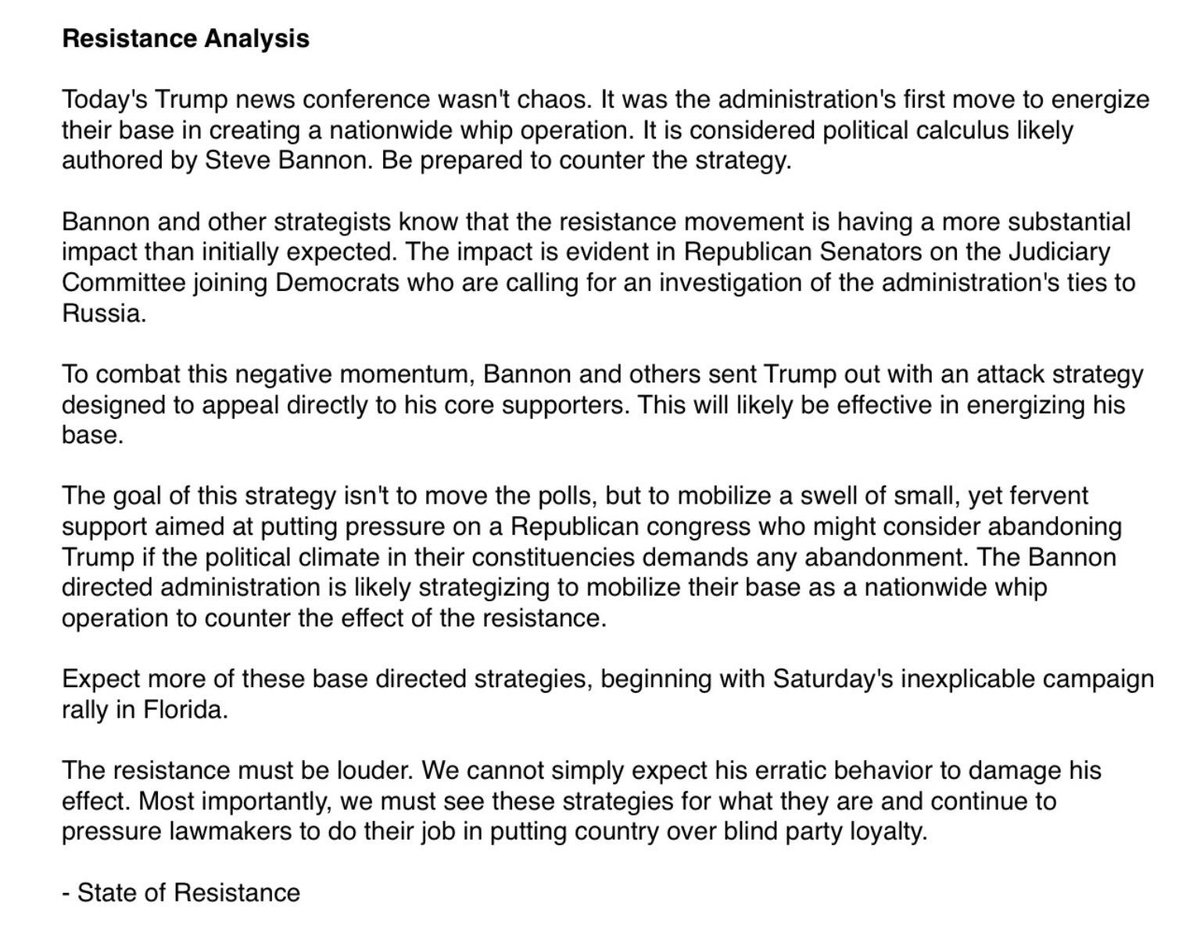