aside Getting Whiplash Over President’s Stories About Ties To Russia

I have been blogging for months on the connections between our republican President Donald Trump and Russia. My obsession over this issue went into overdrive when the story became public, about the only wording being altered in the GOP platform, was that pertaining to Ukraine.

According to a 8/6/16 NPR report by Brian Nalor, “When Republican Party leaders drafted the platform prior to their convention in Cleveland last month, they had relatively little input from the campaign of then-presumptive nominee Donald Trump on most issues — except when it came to a future Republican administration’s stance on Ukraine.”

“It started when platform committee member Diana Denman tried to insert language calling for the U.S. to provide lethal defensive weapons to the Ukrainian government, which is fighting a separatist insurrection backed by Russia. Denman( TX GOP activist) says she had no idea she was “going into a fire fight,” calling it “an interesting exchange.”

“When she presented her proposal during a platform subcommittee meeting (July 2016), “two gentleman,” whom Denman said were part of the Trump campaign, came over, looked at the language, and asked that it be set aside for further review.”

“The Trump campaign convinced the platform committee to change Denman’s proposal. It went from calling on the U.S. to provide Ukraine “lethal defensive weapons” to the more benign phrase “appropriate assistance.”

For months, the campaign manager during this time frame, Paul Manafort and other Donald Trump’s surrogates have denied any involvement in this activity.

Finally, on the 3/2/17 Wolf Blitzer CNN TV show, Jim Acosta, the White House correspondent reported that J.D. Gordon who worked as another campaign national security advisor for Donald Trump, has admitted that he had pushed successfully to have the language in the GOP platform altered regarding arming Ukrainians in their battle against pro-Russian separatists. He said he was acting on behalf of Donald Trump who had said that, “he did not wish to see major war break out over the situation in Ukraine.”

Meanwhile there was the Christopher Steele controversial dossier, made public by CNN and Buzzfeed around January 2017 which contained claims  that was compiled as op-positional research, first on behalf of Mr Trump’s rivals for the Republican presidential candidacy and later for the Democrats, The data in the file, link Donald Trump to the Russian government, and some segments have been verified by US media outlets. This includes the detail that a Russian diplomat Mikhail Kalugin, was hurriedly moved from the US back to Moscow as Paul Manafort was being asked questions about his lobbying practices and ties to Russia by the FBI, in August 2016. On page 23 of the Steele dossier, there is this note, “As a prophylactic measure, a leading Russian diplomat, Mikhail Kulagin, (Kalugin) of the embassy’s economic section, was withdrawn from Washington on short notice because Moscow feared his heavy involvement in the U.S. election operation, including the so-called veterans pensions ruse reported previously.  His heavy involvement in the U.S. election operation would be exposed in the media.”

The McClatchy publishing company (2/17/17) has reported two sources with knowledge of “multi-agency investigations” into Kremlin influence on the US elections, have confirmed that Mr Kalugin was under scrutiny when he departed.”

He did not know that Russia had already invaded Crimea, Ukraine in 2014. And this is why Mr. Trump’s comment raised eyebrows, because his campaign chairman Paul Manafort’s (with a business associate Rick Gates) had previously been the campaign manager for the Ukrainian President Viktor Yanukovych, a Putin ally. When this same Ukrainian president was deposed by the peoples for reneging on his election promise to unite Ukraine with the EU, Russia then invaded. This unsolicited aggressive action caused the US and NATO to impose sanctions against Russia.

On 3/3/17, Dana Milbank of the Washington Post penned the following opinion piece, “Everything you need to know about Trump and Russia:”

“Having trouble following the fast-moving developments about the Trump team’s ties to Russia? Here’s a primer to get you up to speed:”

“Putin sent Trump “a present” and they spoke, but Trump has “no relationship with him.”

“Trump has “nothing to do with Russia,” but his son (2008) has said “Russians make up a pretty disproportionate cross-section of a lot of our assets” and “we see a lot of money pouring in from Russia.”

“Russia definitely hacked the Democratic National Committee, unless it was a 400-pound man in his bedroom or a guy in a van down by the river.”

“U.S. intelligence agencies allege that Putin meddled in the election to try to get Trump elected, but this was all a “ruse” and a “fake news fabricated deal to try and make up for the loss of the Democrats.”

“There was “no communication” between Trump’s team and Russia during the campaign and transition, except for communication with Russia by Trump’s future national security adviser, his future attorney general and his son-in-law and two others.”

“Attorney General Jeff Sessions “did not have communications with the Russians,” except for the two meetings with Russian Ambassador Sergey Kislyak he neglected to mention under oath.”

“Sessions then said he never discussed the campaign with Russians, which is not what was alleged.”

“Sessions had “no idea what this allegation is about” regarding his Russian contacts but had enough of an idea what it was about to declare “it is false.”

“Sessions recused himself from the Russia investigation, but this decision is unrelated to the discovery that he spoke twice with the Russian ambassador despite his claims that he had no such meetings.”

“Sessions cannot confirm the investigation he recused himself from exists or will exist in the future.”

“Sessions believes that perjury is one of the constitutional “high crimes and misdemeanors” and “goes to the heart of the judicial system,” except his false testimony under oath to Congress was not a false statement but a case of speaking too quickly.”

“Sessions remembers nothing of his meetings with the Russian ambassador, except that he remembers clearly talking about terrorism and religion and Ukraine and he’s sure they didn’t talk about the campaign.”

“It was a total coincidence that around the same time Sessions was meeting with the Russian ambassador, Trump gave an interview that ended up on Russian state-owned TV saying he didn’t believe reports of Russian influence in the U.S. election.” 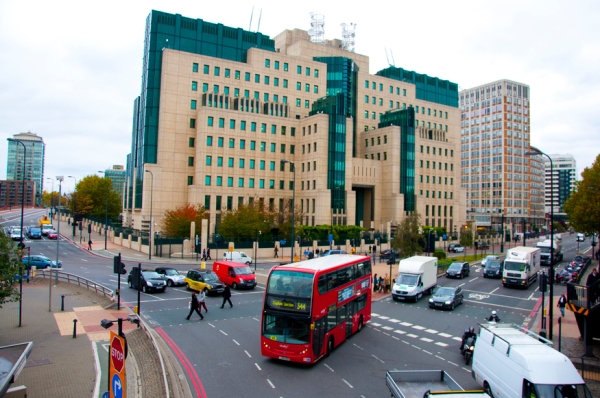 “Trump, Trump’s press secretary and a broad swath of Republican members of Congress said there is no reason for Sessions to recuse himself from the investigation from which Sessions recused himself.”

“The incendiary and salacious “dossier” by a former British intelligence official on Trump’s involvement with Russia was completely unverified, but U.S. authorities were prepared to pay the man who wrote it.”

“Carter Page, who has extensive ties to Moscow, had “no role” in the Trump campaign, except that Trump, meeting with The Post’s editorial board, listed Page as an adviser.”

“Reports of the Trump team’s ties to Russia are “fake news,” yet those who leaked the information for those articles need to be found and punished.

“The sanctions that Flynn reportedly discussed with Kislyak, in the conversation he can’t entirely remember, were not really sanctions.” 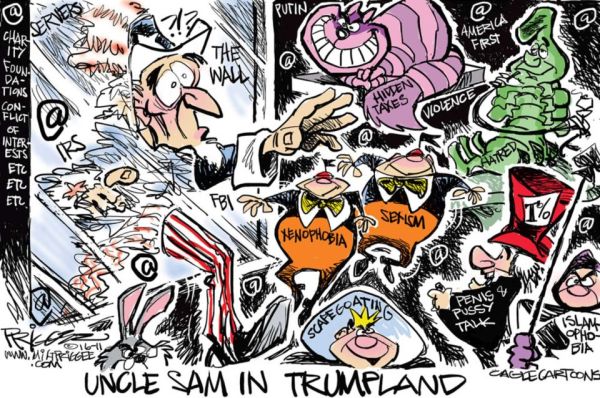 “Former Trump campaign manager Paul Manafort had “absolutely nothing to do and never has with Russia,” except for his extensive work for Russian oligarchs and pro-Russia forces in Ukraine.”

“Manafort declared in the fall that “there’s no investigation going on by the FBI that I’m aware of” into his contacts with Russia, months after that investigation began.”

“Sessions previously asserted that “no one is above the “law” and that failure to punish people for being untruthful under oath “will weaken the legal system,” and he proclaimed that “I’m very careful about how I conduct myself in these matters.” Except when he isn’t.”

“So, now you know everything there is to know about Trump and Russia.”