For review, there was the Christopher Steele controversial dossier, made public by CNN and Buzzfeed around January 2017 which contained data compiled as op-positional research, first on behalf of Mr Trump’s rivals for the Republican presidential candidacy and later for the Democrats. The data in the 35 page file, link Donald Trump’s surrogates to the Russian officials, and some segments in the dossier have been verified by US media outlets and the US intelligence community.

One of the allegations set out in the document, claimed that a senior Russian diplomat, Mikhail Kalugin, was withdrawn from Washington (around August 2016) to avoid exposing his involvement in US presidential election operations.

On page 23 of the Steele dossier, there is this note, “As a prophylactic measure, a leading Russian diplomat, Mikhail Kulagin, (Kalugin) of the embassy’s economic section, was withdrawn from Washington on short notice because Moscow feared his heavy involvement in the U.S. election operation, including the so-called veterans pensions ruse reported previously, would be exposed in the media.”

On 3/8/17, Lucy Pasha-Robinson of the Independent penned the following report, “Donald Trump-Russia dossier: US media reports corroborate some of Christopher Steele allegations.”

“Moscow feared his (Mikhail Kulagin/ Kalugin) involvement in the US presidential election operation, including the so-called veteran’s pensions ruse, would be exposed in the media there,” it stated.”

“It was referring to allegations that Russia’s Federal Security Service funneled payments disguised as pension benefits into the US. This money was then allegedly used to fund a hacking operation.” 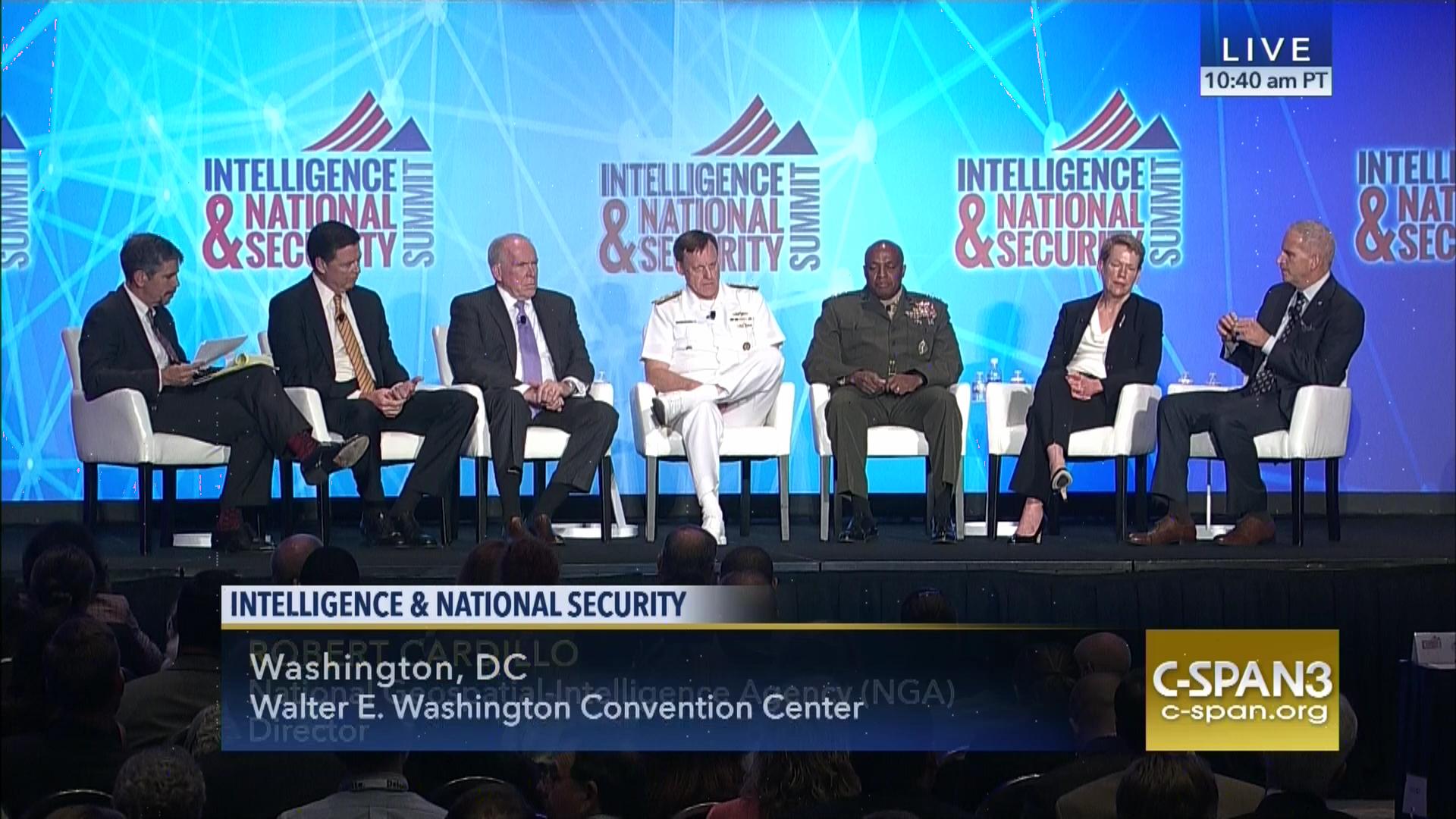 “However, the McClatchy publishing company (2/17/17) has reported two sources with knowledge of “multi-agency investigations” into Kremlin influence on the US elections, have confirmed that Mr Kalugin was under scrutiny when he departed. ”

“The FBI and five other law enforcement and intelligence agencies have collaborated for months in an investigation into Russian attempts to influence the November election, including whether money from the Kremlin covertly aided President-elect Donald Trump, two people familiar with the matter said.”

“The agencies involved in the inquiry are the FBI, the CIA, the National Security Agency, the Justice Department, the Treasury Department’s Financial Crimes Enforcement Network and representatives of the director of national intelligence, the sources said.”

“Investigators are examining how money may have moved from the Kremlin to covertly help Trump win, the two sources said. One of the allegations involves whether a system for routinely paying thousands of Russian-American pensioners may have been used to pay some email hackers in the United States or to supply money to intermediaries who would then pay the hackers, the two sources said.”

“The informal, inter-agency working group began to explore possible Russian interference last spring, long before the FBI received information from a former British spy hired to develop politically damaging and unverified research about Trump, according to the sources, who spoke on the condition of anonymity because of the sensitive nature of the inquiry.”

“On Jan. 6, 2017 the director of national intelligence released a declassified report that concluded Russian President Vladimir Putin had ordered an influence campaign to “undermine faith in the U.S. democratic process,” damage Hillary Clinton’s election prospects and bolster Trump’s. The campaign included the hacking of top Democrats’ emails and fake news distributed by Russian sources.””The president has called allegations that he or his associates were involved (with Russians) a “political witch hunt” and a “complete and total fabrication.”

Russia has never tried to use leverage over me. I HAVE NOTHING TO DO WITH RUSSIA – NO DEALS, NO LOANS, NO NOTHING!

“A key mission of the six-agency group has been to examine who financed the email hacks of the Democratic National Committee and Clinton campaign chairman John Podesta.”

“The working group is scrutinizing the activities of a few Americans who were affiliated with Trump’s campaign or his business empire and of multiple individuals from Russia and other former Soviet nations who had similar connections, the sources said.”

“U.S. intelligence agencies not only have been unanimous in blaming Russia for the hacking of Democrats’ computers but also have concluded that the leaking and dissemination of thousands of emails of top Democrats, some of which caused headaches for the Clinton campaign, were done to help Trump win.”

“Trump and Republican members of Congress have said they believe Russia meddled in the U.S. election but that those actions didn’t change the outcome. The Senate Intelligence Committee has opened its own investigation into Russia’s involvement in the campaign. That panel will have subpoena power.”

“FBI Director Comey refused at a recent Senate hearing to comment on whether the bureau was investigating Russia’s hacking campaign for possible criminal prosecutions. Spokespeople for the FBI, the Justice Department and the national intelligence director declined to comment.”

“The BBC reported last week that the joint inquiry was launched when the CIA learned last spring, through a Baltic ally, of a recording indicating the Russian government was planning to funnel funds aimed at influencing the U.S. election.”

“Another source of information was the former longtime British intelligence (MI6) agent, Christopher Steele, who was hired to gather opposition research about Trump for a Republican client and later a Democrat. Early last summer, Steele became alarmed about information he was receiving from a network of Russian sources describing a web of Trump’s business relationships with wealthy Russians and alleged political ties to the Kremlin, according to two people who know him.”

“Steele’s reports also alleged that Russian consulates in New York, Washington and Miami were used to deliver “tens of thousands of dollars” to Kremlin-hired operatives using fictitious names as if they were legitimate Russian-American pensioners. That “ruse” was designed to give Russia “plausible deniability,” Steele’s reports suggested.”

“Steele, who had worked previously with the FBI and was well regarded, fed the bureau information in July and September suggesting collusion between Trump associates and Moscow in the hacking of Democratic computers, they said. Eventually, he met in Italy with an FBI official to share more information alleging that a top Trump campaign official had known about the hacking as early as last June, the sources said. About a month after the election, Republican Sen. John McCain of Arizona gave FBI Director Comey a copy of a 35-page compilation of Steele’s reports.”

“The BBC reported that the FBI had obtained a (FISA) warrant on Oct. 15, 2016 from the highly secretive Foreign Intelligence Surveillance Court allowing investigators access to bank records and other documents about potential payments and money transfers related to Russia. One of McClatchy’s sources confirmed the report.”

“Susan Hennessey, a former attorney for the National Security Agency who is now a fellow at the Brookings Institution, said said such warrants were issued only if investigators could establish “probable cause” that the target was a foreign power or its agent and that the surveillance was likely to produce foreign intelligence. She said the information in Steele’s dossier couldn’t have met that test. If, in fact, law enforcement has obtained a FISA warrant, that is an indication that additional evidence exists outside of the dossier,” she said.”

For months, Trump has voiced positive sentiments toward Putin. In early January, he tweeted that “only ‘stupid’ people, or fools” would think it’s bad to have good relations with Russia.