aside Gordon, Greenblatt, Kilimnik, Need To Be Questioned RE President’s Russian Saga

According to (D-CA) Representative Adam Schiff who is a ranking member of the U.S. House Intelligence Committee, as of 3/22/17 there is now more than circumstantial evidence, that has been unearth regarding our republican President Donald Trump and /or his surrogates having coordinated with Russian officials to effect the 2016 presidential election’s outcome.

In past blogs, I have covered a sundry list of characters who are party to the president’s Russian saga. So far the list includes, Roger Stone, Paul Manafort, ret. Lt. General Mike Flynn, US Attorney General Jeff Sessions, Rudy Giuliani, Carter Page, James Kallstrom, Felix Sater, Richard Burt, Michael Cohen, Rick Gates, Christopher Steele, Sergei Millian, Mikhail Kalugin, Stanislav Lisov, Yevgeniv Nikulin, and others who I have missed, forgotten or am not aware of at this time.

In this blog, I will be sharing details on these players, J.D. Gordon, Jason Greenblatt and Konstantin V. Kilmnik. 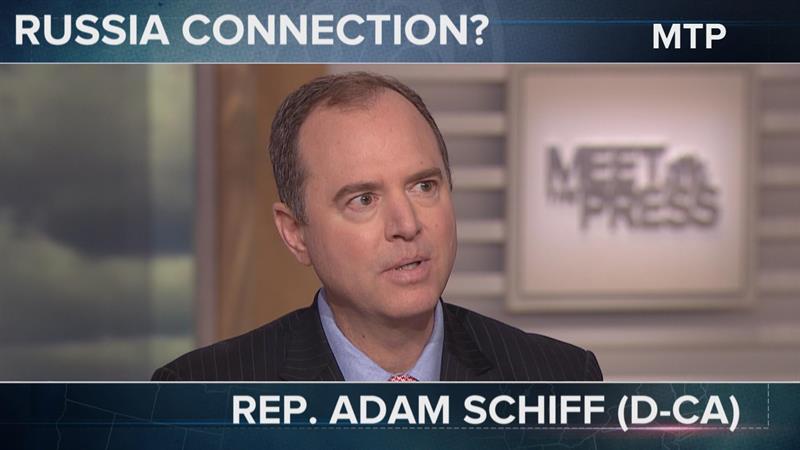 On 3/3/17, Scott Shane and Andrew E, Kramer of the NY Times penned the following article, “Trump Team’s Links to Russia Crisscross in Washington.”

“During the 2016 campaign,Donald J. Trump’s  second campaign chairman, Paul Manafort, (from April-August 2016.) had regular communications with his longtime associate — a former Russian military translator in Kiev who has been investigated in Ukraine on suspicion of being a Russian intelligence agent.

“At the Republican National Convention in July, J. D. Gordon, a former Pentagon official on Mr. Trump’s national security team, met with the Russian ambassador, Sergey Kislyak, at a time when Mr. Gordon was helping keep hawkish language on Russia’s conflict with Ukraine out of the party’s platform.”

“And Jason Greenblatt, a former Trump Organization lawyer and now a special representative for international negotiations at the White House, met last summer with the chief rabbi of Russia and an ally of Russia’s president, Vladimir V. Putin.”

“In a Washington atmosphere supercharged by the finding of the intelligence agencies that Mr. Putin tried to steer the election to Mr. Trump, as well as continuing F.B.I. and congressional investigations, a growing list of Russian contacts with Mr. Trump’s associates is getting intense and skeptical scrutiny.”

“Democrats see suspicious connections and inaccurate denials as part of a pattern that belies Mr. Trump’s adamant insistence that he and his associates “have nothing to do with Russia.” The president’s supporters say innocuous encounters, routine for any incoming presidential team, are being treated for political reasons as somehow subversive.”

Mr. Trump denounced the furor over Russian connections on Thursday as a “total witch hunt” — but it may not have helped his case that the Russian foreign minister, Sergey V. Lavrov, echoed his words on Friday, saying, “This all looks like a witch hunt.” “In fact, vigorous reporting by multiple news media organizations is turning up multiple contacts between Trump associates and Russians who serve in or are close to Mr. Putin’s government.”

“Current and former American officials have said that phone records and intercepted calls show that members of Mr. Trump’s 2016 presidential campaign and other Trump associates had repeated contacts with senior Russian intelligence officials in the year before the election.”

“In a possible sign that Mr. Trump hopes to put behind him the impression that he is an uncritical admirer of Mr. Putin, he is expected to name Fiona Hill, a respected Brookings scholar, to the top Russia post at the National Security Council, according to administration officials.”

“Ms. Hill, who served as national intelligence officer for Russia and Eurasia from 2006 to 2009, is viewed as a Putin skeptic, if not as outspoken in her criticism of the Russian leader as are some other academics. Angela Stent, a Russia expert at Georgetown, said Ms. Hill was “realistic about Putin” and praised the 2013 book she wrote with Clifford G. Gaddy, “Mr. Putin: Operative in the Kremlin,” as the best biography of the Russian leader.”

“It might take a Russia scholar to unpack the significance of particular meetings that are now coming to light in the glare of investigations and bare-knuckle politics.”

“Rabbi Lazar, who has condemned critics of Mr. Putin’s actions in Ukraine, is the leader of the Hasidic Chabad-Lubavitch group in Russia, where it is a powerful organization running dozens of schools and offering social services across the country, while maintaining links to a lucrative financial donor network.”

“Mr. Greenblatt, who handled outreach to Jews for the campaign, said that Rabbi Lazar was one of several Chabad leaders he had met during the campaign. He said the two men did not discuss broader United States-Russia relations and called the meeting “probably less than useful.”

Rabbi Lazar said they had spoken about anti-Semitism in Russia, Russian Jews in Israel and Russian society in general. While he meets with Mr. Putin once or twice a year, he said, he never discussed his meeting with Mr. Greenblatt with Kremlin officials.

“Mr. Gordon, the former Pentagon official, portrayed his meeting with Mr. Kislyak at the Republican convention — first reported by USA Today — as similarly unremarkable. After a panel discussion, he said, he spoke briefly with “dozens of ambassadors and senior diplomats” including Mr. Kislyak. During a brief chat with the ambassador, Mr. Gordon said, he “repeated some of the points made by the campaign on the importance of improving relations with Russia” but did not get into substantive policy matters.”

“At a meeting to draft the Republican platform, Mr. Gordon, representing Mr. Trump’s views, opposed a delegate who wanted to call for providing “lethal defensive weapons” to Ukraine. Mr. Gordon said that proposal “was soundly defeated by the other delegates in the national security subcommittee meeting.”

“There was no connection, he insisted, between his chat with Mr. Kislyak and the platform language. “Unfortunately some in the media have repeatedly tried to connect the dots where there was nothing to connect,” he said.”

The case of Konstantin V. Kilimnik, who was previously the Kiev manager of Mr. Manafort’s consulting company, Davis Manafort International, is more complicated. A dual citizen of Russia and Ukraine, Mr. Kilimnik worked years ago as a translator in the Russian military. He was hired by Mr. Manafort in 2005 after he was dismissed from the Moscow office of the International Republican Institute, an American democracy-building group, amid concerns that he was informing on its activities, according to a former employee, who said he could not speak publicly about personnel matters.”

“From August until December of last year, Mr. Kilimnik was at least formally under investigation in Ukraine on suspicion of ties to Russian spy agencies, according to documents from Ukraine’s Parliament and the prosecutor general. A defense lawyer and a former Ukrainian prosecutor characterized the investigation as unserious and politically motivated, and the inquiry closed without charges against Mr. Kilimnik.””Mr. Kilimnik, in an interview in Kiev, said he had never been questioned by Ukrainian law enforcement over connections to Russian spy agencies. “If there were any truth to me talking to any security service in the world, they would arrest me,” he said.”

“In a recent interview, Mr. Manafort said he thought there was no chance Mr. Kilimnik was a Russian agent. In their phone calls last summer, he said, the two men discussed a range of matters — including news media reports that Russia was behind the hacking of Democratic targets. But at the time, he said, he and other Trump campaign officials had no idea who was responsible for the cyber-attacks.”

As per a 3/8/17 Chris Bucher of Heavy.com has published the following details.

“In an interview February 22, Kilimnik said that he and Manafort would meet “every couple months” during the election, but denied the meetings having anything to do with Russia. Instead, he said that he was briefing Manafort on matters in Ukraine.”

“One of the meetings in question took place during an April 2016 trip to the U.S. by Kilimnik. During one of the conversations they had a year ago, one of the subjects was the hacking of the emails of the Democratic National Committee. But Manafort had said it was unknown at the time which nation was behind the act.”

“Kilimnik said in the interview that even though the two had been meeting, he was never “formally advising” Manafort during the election campaign. He reiterated to the Wall Street Journal n January that he has no relationship with the government in Russia or its intelligence officials.”

“Kilimnik worked for the U.S.-based International Republican Institute out of Moscow for almost 10 years before he was forced out. He was reportedly forced out of his job because of suspicion about his ties to Russia. He then started working with Manafort.”(2005-at least 2014)

“According to its “About Us” page on its website, the organization (IRI) is a “nonprofit, nonpartisan organization that is committed to freedom and democracy worldwide by helping political parties to become more issue-based and responsive, assisting citizens to participate in government planning, and working to increase the role of marginalized groups in the political process –- including women and youth.” 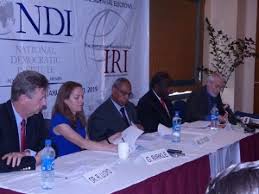 “It has a staff of about 400 people and is headquartered out of Washington D.C. Its president is Mark Green, a former Republican congressman and former candidate for governor in Wisconsin.”

“The IRI is funded by the U.S. government and reported a budget of $78 million in 2008. The chairman of the board is U.S. Senator John McCain and its board boasts such members as Rep. Kay Granger and Sen. Tom Cotton.”