aside Where Else Could The President Be Getting His Surveillance Data?

It was fun to view Fox News reporting in retrospect in light of today’s news and the above is a good selection. But back on track, I found an interesting tidbit in the Blaze that could provide a plausible explanation/ source for our republican President Donald Trump’s paranoia over being under surveillance.

On 1/12/17, Tré Goins–Phillips of The Blaze penned the following article, “Giuliani finally gets a job in the Trump administration.”

“Former New York City Mayor Rudy Giuliani, a longtime supporter of Donald Trump, will advise the president-elect on cyber-security issues by leading a coalition of experts from the private sector.” 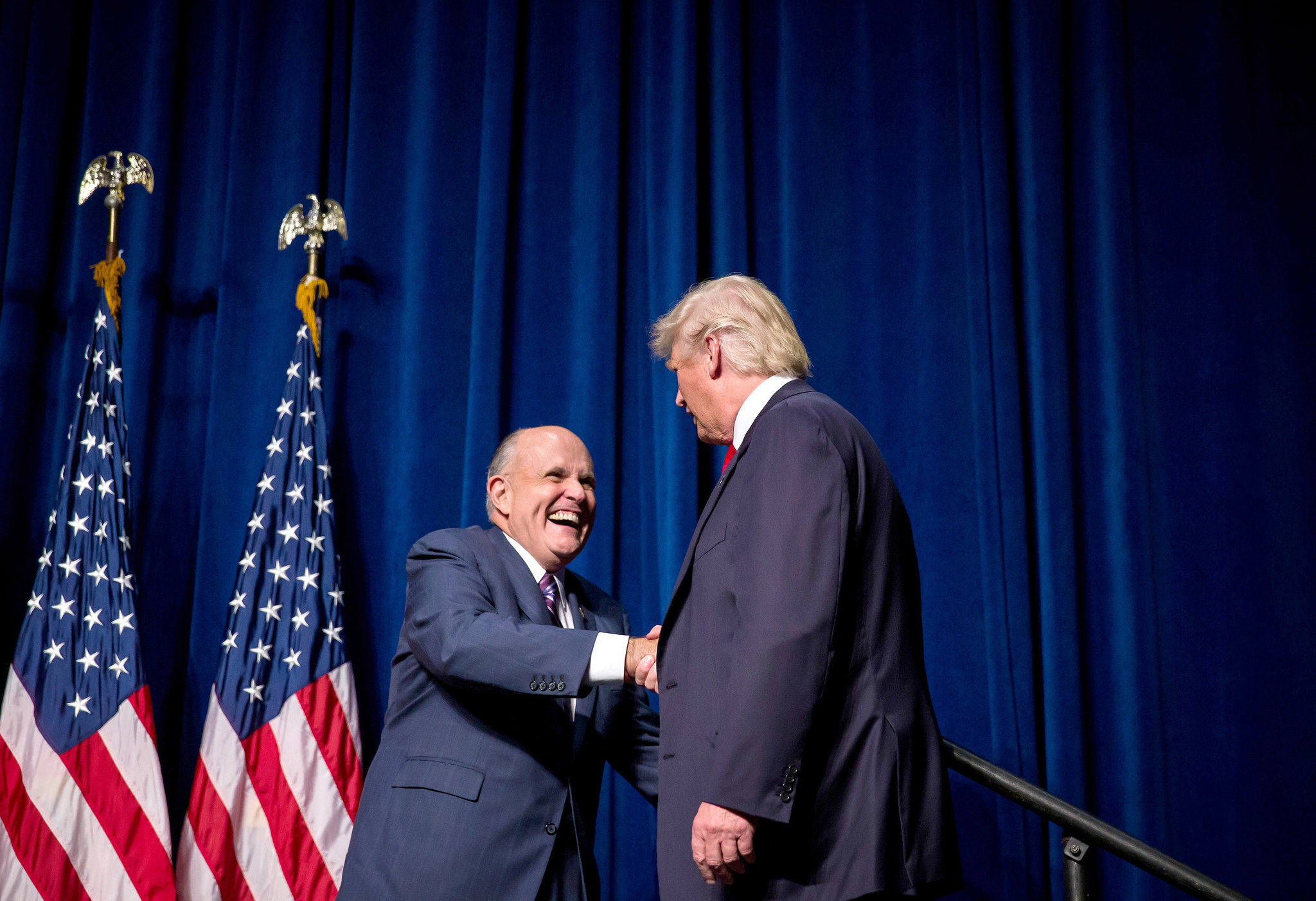 “Despite being passed over for secretary of state, a role Giuliani was interested in, the ex-mayor has finally been given a White House gig. He will be “sharing his expertise and insight as a trusted friend concerning private sector cyber-security problems and emerging solutions developing in the private sector,” according to a Thursday press release from Trump’s transition team.”

“Cyber-security is a familiar topic to Giuliani, 72, who runs Giuliani Partners, an international security firm.”

“It is not yet clear exactly what Giuliani’s post will look like, or what his official title — if any — will be. Nevertheless, it is obvious cyber-security will play an important role in the Trump White House following a presidential election rampant with accusations of Russian tampering, as evidenced by hacks into the Democratic National Committee and the email account of John Podesta.  Democratic presidential candidate Hillary Clinton’s campaign chairman. According to the RNC, the Russian government also tried and failed to breach RNC servers.”

“This is a rapidly evolving field both as to intrusions and solutions and it is critically important to get timely information from all sources,” the Trump team statement read.”

“In order to better protect the U.S. on the cyber-security front, the president-elect wants to “obtain experiential and anecdotal information from each executive on challenges faced by his/her company,” highlighting the importance of the private sector in solving this issue.”

“As the use of modern communications and technology has moved forward at unparalleled speed the necessary defenses have lagged behind,” the statement continued. “The president-elect recognizes that this needs immediate attention and input from private sector leaders to help the government plan to make us more secure.”

“News of Trump’s desire to partner with the private sector comes after he has repeatedly cast doubt on U.S. intelligence reports, though he did concede this week that “it was Russia” that hacked the Democrats during the election.”