Well, well, well, we now know the real reason that the current republican chair of the US House Intelligence Committee, Representative Devin Nunes decided to cancel any open hearings originally scheduled for today, 3/28/17. It is because the former DOJ acting head, Sally Yates had planned to participate in this forum.

We who are part of the resistance have been given our orders to contact the House speaker Paul Ryan, demanding an independent commission. Find Your Representative · House.gov – U.S. House of Representatives “The Trump administration sought to block former acting attorney general Sally Yates from testifying to Congress in the House investigation of links between Russian officials and Donald Trump’s presidential campaign, The Washington Post has learned, a position that is likely to further anger Democrats who have accused Republicans of trying to damage the inquiry.”

“According to letters The Post reviewed, the Justice Department notified Yates earlier this month that the administration considers a great deal of her possible testimony to be barred from discussion in a congressional hearing because the topics are covered by the presidential communication privilege.”

“Yates and other former intelligence officials had been asked to testify before the House Intelligence Committee this week, a hearing that was abruptly canceled by the panel’s chairman, Rep. Devin Nunes (R-CA)  Yates was the deputy attorney general in the final years of the Obama administration, and served as the acting attorney general in the first days of the Trump administration.”

“Trump fired Yates in January after she ordered Justice Department lawyers not to defend his first immigration order temporarily banning entry into United States for citizens of seven Muslim-majority countries and refugees from around the world.”

“As acting attorney general, Yates played a key part in the investigation surrounding Michael Flynn, a Trump campaign aide who became National Security Adviser before revelations that he had discussed sanctions with the Russian ambassador to the US in late December led to his ouster from the administration.”

“In January, Yates warned White House Counsel Don McGahn that statements made by White House officials about Flynn’s contacts with the ambassador were incorrect, and could therefore expose the national security adviser to future blackmail by the Russians.”

“In a March 23 letter to the Justice Department’s Acting Assistant Attorney General Samuel Ramer, Yates’ lawyer David O’Neill described the government’s position. Mr. O’Neill, who declined to comment, noted in the letter that Yates is willing to testify, and will avoid discussing classified information, or details that could compromise ongoing investigations.”

“The Department of Justice has advised that it believes there are further constraints on the testimony Ms. Yates may provide at the (House intelligence committee) hearing. Generally, we understand that the department takes the position that all information Ms. Yates received or actions she took in her capacity as Deputy Attorney General and acting Attorney General are client confidences that she may not disclose absent written consent of the department,’’ the lawyer wrote.” 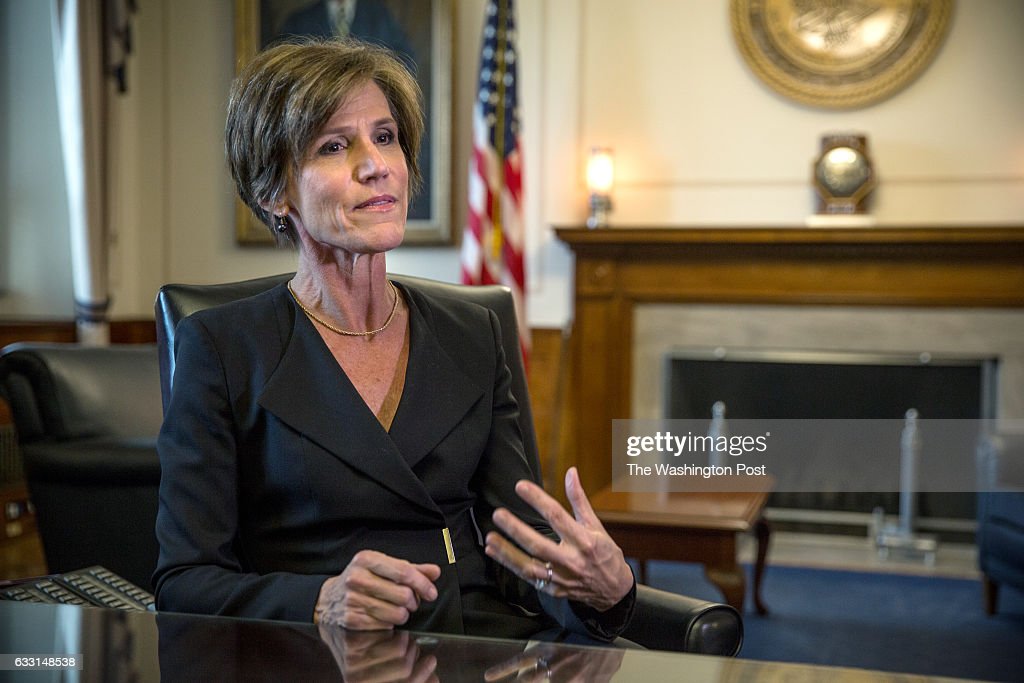 “We believe that the department’s position in this regard is over-broad, incorrect, and inconsistent with the department’s historical approach to the congressional testimony of current and former officials,’’ the letter continues. “In particular, we believe that Ms. Yates should not be obligated to refuse to provide non-classified facts about the department’s notification to the White House of concerns about the conduct of a senior official. Requiring Ms. Yates to refuse to provide such information is particularly untenable given that multiple senior administration officials have publicly described the same events.’’

“Another Justice Department official, Scott Schools, replied in a letter the following day, saying the conversations with the White House “are likely covered by the presidential communications privilege and possibly the deliberative process privilege. The president owns those privileges. Therefore, to the extent Ms. Yates needs consent to disclose the details of those communications to (the House intelligence committee), she needs to consult with the White House. She need not obtain separate consent from the department.’’

“Yates’ lawyer then sent a letter (3/24/17) to the White House lawyer, McGahn, saying that any claim of privilege “has been waived as a result of the multiple public comments of current senior White House officials describing the January 2017 communications. Nevertheless, I am advising the White House of Ms. Yates’ intention to provide information.’’

“That same day, the chairman of the House Intelligence Committee, Devin Nunes, announced he would not go forward with the public hearing that was to feature Yates’ testimony.”