We already knew that our republican President Donald Trump and his administration had plans to obliterate any progress that President Obama had established towards mitigating the damage done by climate change. Well this is one promise that he is following up on implementing, even though the harm from his actions will fall dis-proportionally on the rural voters that he claims to want to protect.

“The sweeping executive order also seeks to lift a moratorium on federal coal leasing and remove the requirement that federal officials consider the impact of climate change when making decisions.”

“The order sends an unmistakable signal that just as President Barack Obama sought to weave climate considerations into every aspect of the federal government, Trump is hoping to rip that approach out by its roots.”

“This policy is in keeping with President Trump’s desire to make the United States energy independent,” said a senior administration official who briefed reporters on the directive Monday evening and asked for anonymity to speak in advance of the announcement. “When it comes to climate change, we want to take our course and do it in our own form and fashion.”

“Some of the measures could take years to implement and are unlikely to alter broader economic trends that are shifting the nation’s electricity mix from coal-fired generation to natural gas and renewables. The order is silent on whether the US should withdraw from the 2015 Paris climate agreement, under which it has pledged to cut its greenhouse gas emissions between 26 and 28 percent by 2025 compared to 2005 levels, because the administration remains divided on that question.”

“The order comes after several moves by Trump to roll back Obama-era restrictions on mining, drilling and coal- and gas-burning operations. In his first two months as president, Trump has nullified a regulation barring surface-mining companies from polluting waterways and set aside a new accounting system that would have compelled coal companies and other energy firms to pay more in federal royalties.”

“The administration also has announced it will reconsider stricter fuel-efficiency standards for cars and light trucks and has approved two major oil pipelines, Dakota Access and Keystone XL, that Obama had halted.”

“Accelerating fossil-fuel production on federal lands and sidelining climate considerations could lead to higher emissions of the greenhouse gases driving climate change and complicate a global effort to curb the world’s carbon output. But Trump has repeatedly questioned whether climate change is underway and emphasized that he is determined to deliver for the voters in coal country who helped him win the Oval Office.”

“He’s made a pledge to the coal industry and he’s going to do whatever he can to help those workers,” the senior administration official said.”

“U.S. coal jobs, which number about 75,000, have been declining for decades. The official did not predict how many jobs might be spurred by this shift in policy.”

“The centerpiece of the new presidential directive, telling the Environmental Protection Agency to begin rewriting the 2015 regulation that limits greenhouse-gas emissions from existing power plants, will trigger a laborious rule-making process and a possible legal fight.”

“The agency must first get permission from the U.S. Court of Appeals for the D.C. Circuit, where the rule is tied up in litigation, to revisit the matter. Then, agency officials will have to justify reaching the opposite conclusion of the Obama EPA, which argued it was technically feasible and legally warranted to reduce carbon pollution by about one-third by 2030, compared with 2005 levels.”

“So, for the president, even if he would like to revoke the Clean Power Plan, he doesn’t have legal authority to do that,” said Jeffrey Holmstead, a partner at the Bracewell law firm who opposes the Obama-era rule. Holmstead, who headed the EPA’s air and radiation office under President George W. Bush, said he thinks the agency can justify reversing the regulation. But “they have to justify why they have changed,” he added.”

“This rule was an unlawful attempt to radically transform the nation’s power grid, destroying valuable energy assets and leaving our economy more vulnerable to rising power prices — all for an insignificant environmental benefit,” said Hal Quinn, president and chief executive of the National Mining Association.”

“Environmentalists vowed to fight the executive order in court and press ahead with their goals on the state level.”

“David Doniger, director of the Natural Resources Defense Council’s climate and clean-air program, said unwinding the Clean Power Plan will not happen quickly, no matter what the president wants. “Tearing the rules down require going through the same process it took to build them up,” Doniger said. “We will make them face the music at every step.”

“Christopher Field, a professor at Stanford University’s Wood Institute for the Environment, said in an email that the directive carries long-term risks, rather than immediate ones. “Some are risks from eroding the position of U.S. companies in the clean energy sector,” Field said. “Others are from the loss of irreplaceable natural heritage that is put in jeopardy by ill-conceived policies.”

“The president will also instruct the Interior Department to rewrite a 2015 rule, currently stayed in court, that imposes restrictions on hydraulic fracturing on federal and tribal lands. The directive will also make it easier to flare methane in oil and gas operations on federal land, by triggering the review of a rule the Interior Department finalized in November.” 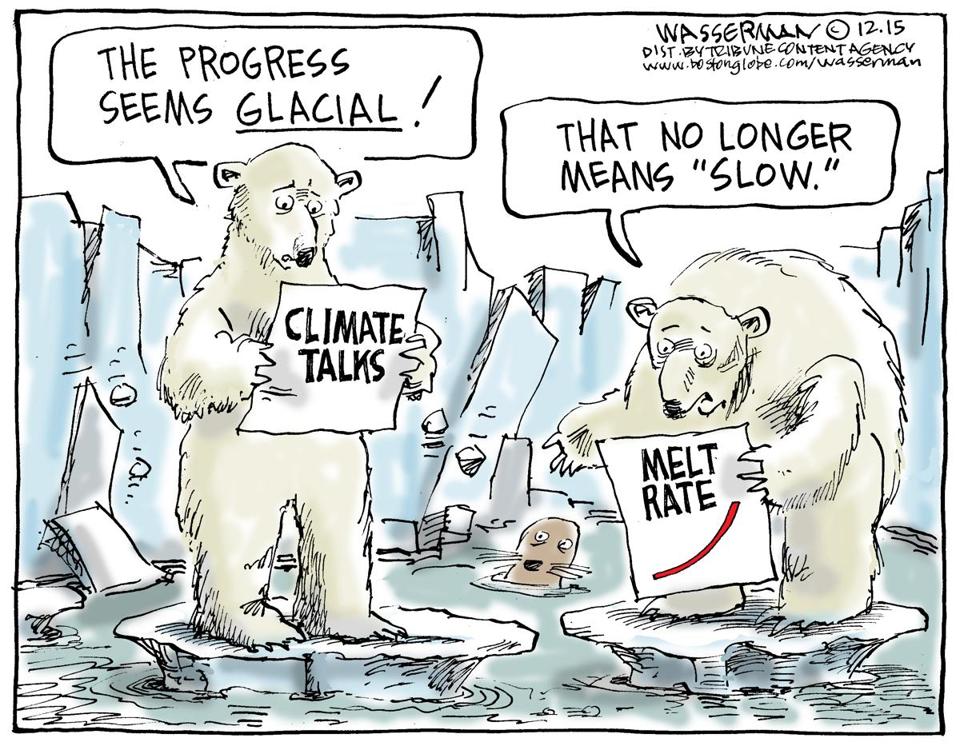 Other aspects of the executive order can take effect immediately, though it is unclear how quickly they will translate into greater coal extraction. One section overturns a 2016 White House directive to consider climate change when agencies conduct reviews under the National Environmental Policy Act, a sweeping law that informed any federal decisions that have a significant environmental impact.

Another provision instructs Interior’s Bureau of Land Management to lift a freeze on federal coal leasing. That moratorium has been in effect since December 2015.

Tom Sanzillo, director of finance for the Institute for Energy Economics and Financial Analysis, said in an interview that the move “becomes a largely politically symbolic measure for right now” because other, lower-carbon sources of energy are out-competing coal. He noted that U.S. coal consumption has declined 27 percent since 2005, from 1.02 billion tons to 739 million tons in 2016, its lowest level in nearly four decades.

“They’re not going to reverse the fundamental economic law here,” Sanzillo said. “There’s no market signal that’s telling them they should be mining more coal.”

Still, regulatory relief could make some coal firms, nearly 50 of which have filed for bankruptcy since 2012, somewhat more economically viable. Some of the sector’s biggest companies — including Arch Coal, Peabody Energy and Alpha Natural Resources — are just now emerging from bankruptcy protection.

Ethan Zindler, head of U.S. research at Bloomberg New Energy Finance, said in an email that solar and wind are competitive with coal in some parts of the country and that natural gas ranks as the lowest-cost source of electricity generation overall. The sector that could suffer the greatest hit from the elimination of the Clean Power Plan is nuclear energy, which provides about a fifth of U.S. businesses’ and households’ power.

“Many of the 100 or so U.S. plants are aging, and approximately a third are economically uncompetitive today,” Zindler said. Without stricter federal emissions limits, he added, “there may be little to stop the retirement of these plants in coming years and their replacement with a combination of gas, wind and solar.”

“Separately, Trump has instructed federal officials to abandon the practice of factoring in the impact of climate change — what is dubbed “the social cost of carbon” — in their policymaking decisions. That calculus, which is currently set at $36 per ton of carbon dioxide, aims to capture the negative consequences of allowing greenhouse-gas emissions to continue to rise. But some conservatives have criticized it as too sweeping.

Federal officials will return to the traditional cost-benefit analysis the George W. Bush administration adopted nearly 15 years ago, which has a much lower cost associated with carbon emissions.

As Trump seeks to scale back federal limits on greenhouse gas emissions, states and cities are likely to take on a larger role in charting the course forward.

An analysis by the Rhodium Group, an economic consulting firm, found that Trump’s forthcoming executive order would slow the country’s shift away from carbon-emitting sources of energy. It found after Trump’s action, the United States would be 14 percent below its 2005 emissions levels by 2025, compared to 21 percent below that mark had current Obama-era policies remained in place.

Tim Profeta, who directs Duke University’s Nicholas Institute for Environmental Policy Solutions, said regulators from more than half-dozen states in the Southeast are now talking about how to chart their own path forward. Having met for nearly three years, the group stopped discussing how to comply with the Clean Power Plan after November’s election, but it is still talking.

“We are now talking about the evolution of the power sector in an environment of uncertainty,” Profeta said in an interview. “We’re seeing the beginning of states taking control of their destiny.”