aside BBC Exposes a Soviet Spy Employed At US Russian Embassy, Mikhail Kalugin 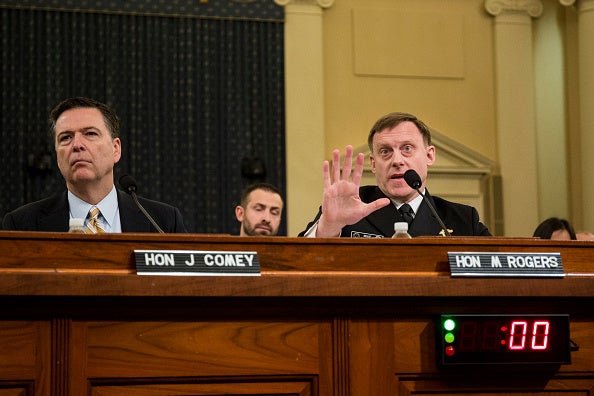 I have previously written about the Christopher Steele controversial dossier, made public by CNN and Buzzfeed around January 2017. It contained data originally compiled as op-positional research by Mr. Steele’s organization. The data in the 35 page file, linked Donald Trump’s surrogates to the Russian officials, and some segments in the dossier have been verified by US media outlets and the US intelligence community.

One of the allegations set out in the document, claimed that a senior Russian diplomat, Mikhail Kalugin, was withdrawn from Washington (around August 2016) to avoid exposing his involvement in the 2016 US presidential election operations. This allegation has now been confirmed as true by BBC News.

On page 23 of the Steele dossier, there is this note, “As a prophylactic measure, a leading Russian diplomat, Mikhail Kulagin, (Kalugin) of the embassy’s economic section, was withdrawn from Washington on short notice because Moscow feared his heavy involvement in the U.S. election operation, including the so-called veterans pensions ruse reported previously, would be exposed in the media.” (The “veterans pensions ruse” was a system established to provide payments as required to compensate those assisting in the Trump/ Russia operation.)

“So far, no single piece of evidence has been made public proving that the Trump campaign joined with Russia to steal the US presidency – nothing.”

“But the FBI Director, James Comey, told a hushed committee room in Congress last week that this is precisely what his agents are investigating.”

“Trump’s supporters are entitled to ask why – with the FBI’s powers to subpoena witnesses and threaten charges of obstructing justice – nothing damning has emerged.”

“Perhaps there is nothing to find. But some former senior officials say it is because of failings in the inquiry, of which more later.” 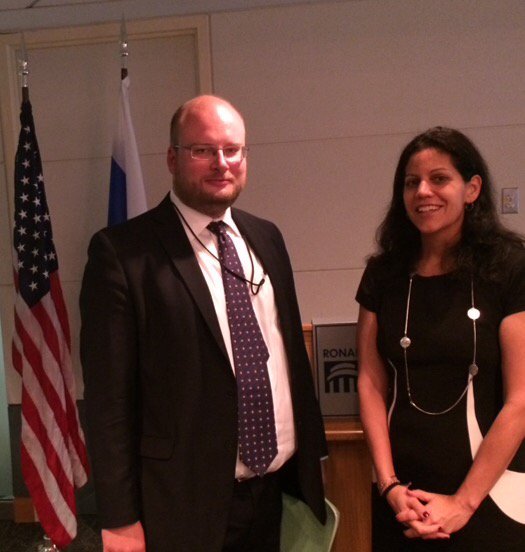 “The roadmap for the investigation, publicly acknowledged now for the first time, comes from Christopher Steele, once of Britain’s secret intelligence service MI6.”

“He wrote a series of reports for political opponents of Donald Trump about Trump and Russia. Steele’s “dossier”, as the material came to be known, contains a number of highly contested claims.”

“At one point he wrote: “A leading Russian diplomat, Mikhail KULAGIN, had been withdrawn from Washington at short notice because Moscow feared his heavy involvement in the US presidential election operation… would be exposed in the media there.”

“There was no diplomat called Kulagin in the Russian embassy; there was a Kalugin.”

“The Russian Foreign Ministry said Kalugin was head of the embassy’s economics section. He had gone home in August 2016 at the end of a six-year posting.”

“The man himself emailed journalists to complain about a “stream of lies and fake news about my person”. If anyone looks like a harmless economist, rather than a tough, arrogant KGB man, it is the bland-faced Kalugin.”

“But sources I know and trust have told me the US government identified Kalugin as a spy while he was still at the embassy.

“It is not clear if the American intelligence agencies already believed this when they got Steele’s report on the “diplomat”, as early as May 2016. But it is a judgment they made using their own methods, outside the dossier.”

“A retired member of a US intelligence agency told me that Kalugin was being kept under surveillance before he left the US.”

“In addition, State Department staff who dealt with Russia did not come across Kalugin, as would have been expected with a simple diplomat.”

“Nobody had met him,” one former official said. “It’s classic (of Russian intelligence).”

“Last month, the McClatchy news website said he was under “scrutiny” by the FBI as he left the US. They did not report, as my sources say, that he was a member of one of Russia’s spying organisations, the SVR or GRU.”

“But on this vitally important point – Kalugin’s status as a “spy under diplomatic cover” – people who saw the intelligence agree with the dossier, adding weight to Steele’s other claims.”

“But then they knew him already.”

“I understand – from former officials – that from 2013-16, Steele gave the US government extensive information on Russia and Ukraine.”

“This was work done for private clients, but which Steele wanted the US authorities to see.”

“One former senior official who saw these reports told me: “It was found to be of value by the people whose job it was to look at Russia every day.”

“They said things like, ‘How can he get this so quickly? This fits exactly with what we have.’ It was validated many times.”

“Another who dealt with this material in government said: “Sometimes he would get spun by somebody. (But) it was always 80% there.”

“None of these reports touched on the nature of Trump’s relationship with Russia.”

“But last June, Steele began sending pages of what would later be called his dossier.”

“In light of his earlier work, the US intelligence community saw him as “credible” (their highest praise).”

“The FBI thought the same; they had worked with Steele going back to his days in MI6.”

“He flew to Rome in August to talk to the FBI. Then in early October, he came to the US and was extensively debriefed by them, over a week. He gave the FBI the names of some of his informants, the so-called “key” to the dossier.”

But the CIA never interviewed him, and never sought to.

“Any sources Steele has in Russia, the FBI doesn’t know how to evaluate.”

“The Agency does… Who’s running this thing from Moscow? The FBI just aren’t capable on that side, of even understanding what Chris has.”

“Another reflected growing frustration with the inquiry among some who served in the Obama administration: “We used to call them the Feebs. They would make the simple cases, but never see, let alone understand and go after, the bigger picture.”

“I understand that Steele himself did not ask to brief the CIA because he had a long-standing relationship with the FBI.”

“The Russia people at the CIA had moved on and he felt he did not have the personal contacts he would need.”

“The CIA and the FBI would not comment on any of this. But the FBI is said to have a large presence at the US embassy in Moscow and has long experience of investigating Russian organised crime in the US.”

“The FBI director, Comey, also said in his testimony to Congress: “This investigation began in late July, so for counter-intelligence investigation that’s a fairly short period of time.”

“Several sources have told me that late last year Steele himself grew increasingly disillusioned with the FBI’s progress. So in October, pages from his reports were given to a few journalists, including me.”

“Most news organisations that got this material decided it was not solid enough to publish.”

“These pages from the dossier were not handed over directly by Steele himself, but came from the political research company that paid him.”

“In early December, the whole thing, 35 pages, was sent to Senator John McCain, who pressed the FBI director to investigate exhaustively.

The following month, the intelligence agencies briefed both then-President Barack Obama and Trump about the dossier – and the entire contents were published by Buzzfeed.”

In the report, Steele spoke of an “established operational liaison between the TRUMP team and the Kremlin… an intelligence exchange had been running between them for at least 8 years.”

“This is a three-headed operation,” said one (Obama) former official, setting out the case, based on the intelligence: Firstly, hackers steal damaging emails from senior Democrats. Secondly, the stories based on this hacked information appear on Twitter and Facebook, posted by thousands of automated “bots”, then on Russia’s English-language outlets, RT and Sputnik, then right-wing US “news” sites such as Infowars and Breitbart, then Fox and the mainstream media. Thirdly, Russia downloads the online voter rolls.”

“The voter rolls are said to fit into this because of “microtargeting”. Using email, Facebook and Twitter, political advertising can be tailored very precisely: individual messaging for individual voters.

“You are stealing the stuff and pushing it back into the US body politic,” said the former official, “you know where to target that stuff when you’re pushing it back.”

“This would take co-operation with the Trump campaign, it is claimed.”

“If you need to ensure that white women in Pennsylvania don’t vote or independents get pissed in Michigan so they stay home: that’s voter suppression. You can figure what your target demographics and locations are from the voter rolls. Then you can use that to target your bot.”

“This is the “big picture” some accuse the FBI of failing to see.”

“It is, so far, all allegation – and not just the parts concerning Donald Trump and his people.”

For instance, the US intelligence agencies said last October that the voter rolls had been “scanned and probed” from a server in Russia.

“There are either a series of coincidences or there is a conspiracy of such reach and sophistication that it may take years to unravel.”

“I hear a lot of people comparing this to Watergate,” said Congressman Eric Swalwell, a Democrat who sits on the House Intelligence Committee.”

“Let me just tell you, the complexity of this case is unlike anything we’ve ever seen.”

“In his testimony, the FBI director gave away nothing of the details of the inquiry. As I wrote in January (2017), it is being done by a “counter-intelligence task-force” that includes the CIA, with the FBI leading.”

“I wrote then that the secret US intelligence court had granted an order, a so-called Fisa warrant, to intercept the electronic records of two Russian banks.”

“The White House cited this report several times as evidence for President Trump’s tweets that “Obama had my ‘wires tapped’ in Trump Tower… This is Nixon/Watergate. Bad (or sick) guy!”

“Since Watergate, no president can simply order the CIA or FBI to tap someone’s phone.”

“I wrote that: “Neither Trump nor his associates are named in the Fisa order.”

“If they were, the court would have to see “probable cause” that they were agents of a foreign power.”

“It is possible that the communications of Trump associates were picked up in monitoring of foreign entities, such as the Russian banks, so-called “incidental collection”.

(FBI Director) “Comey was careful in his testimony to say the investigation was into “co-ordination” rather than collusion.”

“Collusion is not a term, a legal term of art,” he said, “and it’s one I haven’t used here today, as we’re investigating to see whether there was any co-ordination…

The investigation, then, is into a range of possibilities: at one end, unwitting co-operation with Russia by members of the Trump campaign; at the other conscious “co-ordination”.

“The president himself has another version of events: there was no “co-ordination”; the whole thing is a monstrous lie created by the Obama administration, fed by the intelligence community and amplified by the “dishonest” media.”

These two stories cannot be reconciled.”