It now looks like the FBI Director James Comey had wanted to write a NY Times op-ed piece as early as July 2016 to share with the US public about what the FBI had uncovered about Russia’s massive cyber-attack on US systems with the intent to interfere with the 2016 presidential elections. But this plan was nixed by the democratic President Barack Obama probably because his administration believed that the democratic presidential candidate, Hillary Clinton would prevail in winning entry into the White House and because President Obama did not want to give the appearance that he was being a partisan in the 2016 presidential election process.

|”FBI Director James Comey attempted to go public as early as the summer of 2016 with information on Russia’s campaign to influence the U.S. presidential election, but Obama administration officials blocked him from doing so, two sources with knowledge of the matter tell Newsweek.”

“Well before the Department of Homeland Security and the Office of the Director of National Intelligence accused the Russian government of tampering with the U.S. election in an October 7 statement, Comey pitched the idea of writing an op-ed about the Russian campaign during a meeting in the White House’s situation room in June or July (2016).” 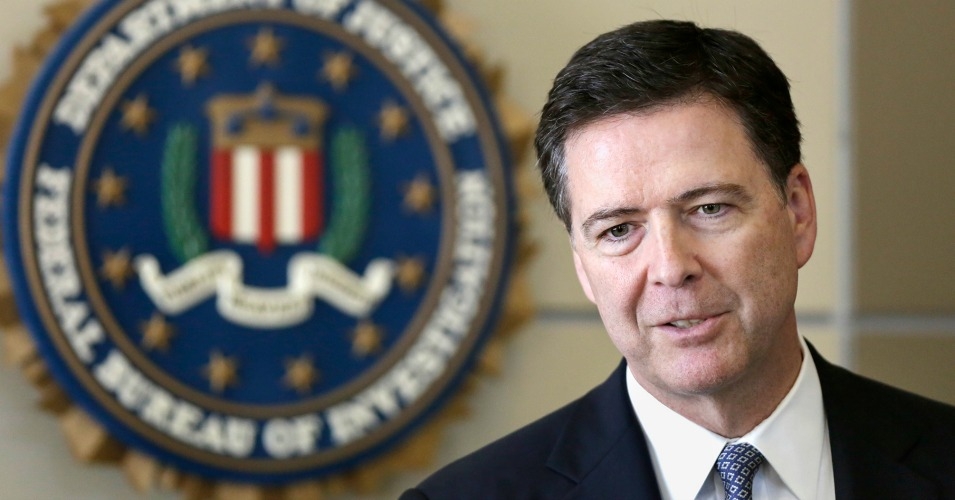 “He had a draft of it or an outline. He held up a piece of paper in a meeting and said, ‘I want to go forward, what do people think of this?’” says a source with knowledge of the meeting, which included Secretary of State John Kerry, Attorney General Loretta Lynch, Department of Homeland Security secretary Jeh Johnson and the national security adviser Susan Rice.”

“The other national security officials didn’t like the idea, and White House officials thought the announcement should be a coordinated message backed by multiple agencies, the source says. “An op-ed doesn’t have the same stature, it comes from one person.” “The op-ed would not have mentioned whether the FBI was investigating Donald Trump’s campaign workers or others close to him for links to the Russians’ interference in the election, a second source with knowledge of the request tells Newsweek. Comey would likely have tried to publish the op-ed in The New York Times, and it would have included much of the same information as the bombshell declassified intelligence report released January 6, which said Russian President Vladimir Putin tried to influence the presidential election, the source said.”

“Russia’s goals were to undermine public faith in the U.S. democratic process, denigrate Secretary Clinton and harm her elect-ability and potential presidency,” the report stated, adding that the U.S. intelligence community had “high confidence” in its judgments. “We further assess Putin and the Russian Government developed a clear preference for President-elect Trump.”

“While news outlets reported in June that Russian hackers accessed  Democratic National Committee emails, U.S. intelligence agencies didn’t confirm that the Russian government was trying to influence the election until months later. On March 20, Comey told the House Intelligence Committee that the FBI has, since July, been investigating Russian interference in the election and whether there was collusion between Moscow and associates of Trump.”

“For supporters of Hillary Clinton, news of the op-ed adds to the frustration over Comey’s public disclosure of details about the investigation into her emails, including at a July press conference, but not about the probe involving Russia and Trump, which began that same month.”

“This raises a lot of questions,” says Jarad Geldner, a senior adviser for the Democratic Coalition Against Trump, which filed a complaint with the Department of Justice’s Office of Professional Responsibility over Comey’s disclosures about the Clinton investigation. “That raises the question of why Comey or [the Department of Justice] or the White House felt that it was OK to hold that (July 2016) press conference on Hillary Clinton’s emails but not to go public with this.”

“But the source with knowledge of Comey’s request says that the FBI director wanted the Russian interference made public earlier and that it was a sluggish White House that denied Comey and delayed the announcement. “The White House shut it down,” that source says. “They did their usual—nothing.” Both sources spoke to Newsweek on the condition of anonymity because they weren’t authorized to speak to the press.”

Asked about Comey’s push to write an op-ed over the summer, a spokesperson for the FBI said by email, “In general we have not been adding to the director’s comments regarding Russia at the March 20 hearing.” A Justice Department spokesman declined to comment. A spokesman for Barack Obama could not immediately be reached.”