Dear President Trump and fellow republicans, Please don’t continue to promise that you will bring back coal mining jobs to your hard working followers because you cannot deliver on this pledge.

This is due to market forces where other forms of energy are competitively priced, less labor intensive and more practical. Demand for coal is down. And for the jobs that are remaining, many will be replaced by automated systems.

“When President Donald Trump signed an executive order last week to sweep away Obama-era climate change regulations, he said it would end America’s “war on coal”, usher in a new era of energy production and put miners back to work.”

“Reuters surveyed 32 utilities with operations in the 26 states that sued former President Barack Obama’s administration to block its Clean Power Plan, the main target of Trump’s executive order. The bulk of them have no plans to alter their multi-billion dollar, years-long shift away from coal, suggesting demand for the fuel will keep falling despite Trump’s efforts.”

“Meanwhile, big investors aligned with the global push to fight climate change – such as the Norwegian Sovereign Wealth Fund – have been pressuring U.S. utilities in which they own stakes to cut coal use.”

“Of the 32 utilities contacted by Reuters, 20 said Trump’s order would have no impact on their investment plans; five said they were reviewing the implications of the order; six gave no response. Just one said it would prolong the life of some of its older coal-fired power units.”

“North Dakota’s Basin Electric Power Cooperative was the sole utility to identify an immediate positive impact of Trump’s order on the outlook for coal.”

“”We’re in the situation where the executive order takes a lot of pressure off the decisions we had to make in the near term, such as whether to retrofit and retire older coal plants,” said Dale Niezwaag, a spokesman for Basin Electric. “But Trump can be a one-termer, so the reprieve out there is short.”

“Trump’s executive order triggered a review aimed at killing the Clean Power Plan. The Obama-era law would have required states, by 2030, to collectively cut carbon emissions from existing power plants by 30 percent from 2005 levels. It was designed as a primary strategy in U.S. efforts to fight global climate change.”

“The U.S. coal industry, without increases in domestic demand, would need to rely on export markets for growth. Shipments of U.S. metallurgical coal, used in the production of steel, have recently shown up in China following a two-year hiatus – in part to offset banned shipments from North Korea and temporary delays from cyclone-hit Australian producers.”

“Coal had been the primary fuel source for U.S. power plants for the last century, but its use has fallen more than a third since 2008 after advancements in drilling technology unlocked new reserves of natural gas.”

“Luke Popovich, a spokesman for the National Mining Association, acknowledged Trump’s efforts would not return the coal industry to its “glory days,” but offered some hope.”

“There may not be immediate plans for utilities to bring on more coal, but the future is always uncertain in this market,” he said.”

“Many of the companies in the Reuters survey said they had been focused on reducing carbon emissions for a decade or more and were hesitant to change direction based on shifting political winds in Washington D.C.”

“Several utilities also cited falling costs for wind and solar power, which are now often as cheap as coal or natural gas, thanks in part to government subsidies for renewable energy.”

“In the meantime, activist investors have increased pressure on U.S. utilities to shun coal.”

“In the last year, Norway’s sovereign wealth fund, the world’s largest, has excluded more than a dozen U.S. power companies – including Xcel, American Electric Power Co Inc and NRG Energy Inc – from its investments because of their reliance on coal-fired power.” 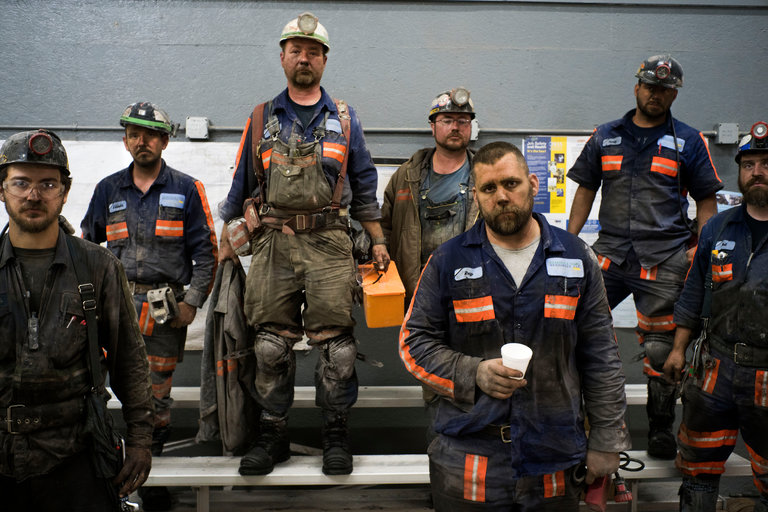 “Another eight companies, including Southern Co and NorthWestern Corp, are “under observation” by the fund.”

“For 8 years, if you were a utility running coal, you got the hell kicked out of you,” said Richard Reavey, a spokesman for the company. “Are you going to turn around tomorrow and say, ‘Let’s buy lots of coal plants’? Pretty unlikely.”