aside Rex Tillerson Used An Alias When He Was Exxon’s CEO, But That’s Not All

For me, the republican President Donald Trump’s selection of the ex-CEO of Exxon, Rex Tillerson to be secretary of state has been a puzzle. While his credentials and references should have made him an outstanding secretary,  his behaviors,have caused me to question his motives, like his being acquiescent to the president’s budget cuts of about 30%; his announcing a cut for over 2000 state department jobs; his over the top avoidance of the press; and his tendency to decline to attend scheduled crucial conferences.

However a review of his history, provides for an explanation that is obvious. For several decades, the Exxon CEO Mr. Tillerson has dealt with leaders and countries which are not noted for endorsing “human rights” standards. His entanglements with the U.S. State Department and the press have been less than stellar experiences, as both these entities have stepped on his toes on multiple occasions.

In short, the US Secretary of State, Rex Tillerson has been appointed to head an organization that he despises. But he has already reaped one benefit for the fossil fuel industry.  A 2010 major (CARDIN) regulation requiring oil companies to be transparent as to monies transferred to foreign governments (bribes) was eliminated right after he became the U.S. Secretary of State.

“U.S. Secretary of State Rex (Wayne) Tillerson, the former chairman and chief executive of Exxon Mobil Corp, used an alias email address while at the oil company to send and receive information related to climate change and other matters, according to New York Attorney General Eric Schneiderman.”

“The attorney general’s office said in a letter on Monday that it found Tillerson had used an alias email address under the pseudonym “Wayne Tracker” from at least 2008 through 2015.”

“The letter was sent to a New York state judge overseeing Schneiderman’s investigation into whether Exxon misled shareholders and the public about climate change.”

In a statement on Monday (1/9/17), Exxon spokesman Alan Jeffers said, “The email address, Wayne.Tracker@exxonmobil.com, is part of the company’s email system and was put in place for secure and expedited communications between select senior company officials and the former chairman for a broad range of business-related topics.”

“Jeffers said the company had provided 2.5 million pages of documents in response to a subpoena from Schneiderman’s office and would respond to the claims in the letter in court filings.”

“The letter, seen by Reuters, said Exxon had not previously disclosed the alias account. It asked the judge to order Exxon to explain whether documents from the “Wayne Tracker” email and 34 additional accounts assigned to other Exxon executives and board members had been preserved.”

The letter said that Exxon had produced some 60 documents bearing the “Wayne Tracker” email but never said it was used by Tillerson for relevant communications at Exxon.”

It asked the court to order Exxon to identify whether any other email accounts were used by Tillerson.”

“Exxon’s top executives, and in particular, Mr. Tillerson, have made multiple representations that are at the center of OAG’s (attorney general’s office) investigation of potentially false or misleading statements to investors and the public,” the letter said.”

“In 2011, Mr. Tillerson engineered a multibillion dollar joint venture with the Russian state-owned oil company Rosneft. Exxon received the right to look for oil in the Black and Kara Seas alongside Rosneft, in return for giving the Russian company minority stakes in Exxon projects in Texas, the Gulf of Mexico and elsewhere.”

“The deal cemented an alliance between Mr. Tillerson and Igor Sechin, the executive chairman of Rosneft and former deputy prime minister of Russia. Mr. Sechin is a close ally of Russia’s president, Vladimir V. Putin, and both share a past as Soviet intelligence agents.”

In 2014, Exxon’s deal was put on ice after the Obama administration imposed sanctions on Russia for annexing Crimea. In addition the Treasury Department, citing his “utter loyalty to Vladimir Putin,” sanctioned Mr. Sechin, barring him from traveling to the United States, freezing his assets and forbidding personal business transactions with American citizens.

“Mr. Sechin lamented the travel ban imposed against him in 2014, saying at a Rosneft shareholders meeting that he regretted not being able to “ride the roads of the United States on motorcycles with Tillerson.”

In June, Mr. Tillerson attended a major state-sponsored economic forum in St. Petersburg, Russia, that had been shunned by American executives since the sanctions were imposed, causing the State Department spokesman John F. Kirby to say that participation in the forum “sends the wrong message about the acceptability of Russia’s actions.”

“If the 2014 sanctions are lifted by the Trump administration, the Exxon-Rosneft partnership would be able to resume oil exploration in the Arctic.”

“On Wednesday (1/11/17), in response to a question at his Senate confirmation hearings, Mr. Tillerson said, “We need to move Russia from being an adversary always, to a partner at times.” “According to ExxonMobil’s website, the company is the largest oil producer in this small country, known to oil executives as the “Kuwait of Africa,” because of its sizable offshore oil deposits.”

“Equatorial Guinea is also one of the poorest countries in the world despite the oil boom having increased the size of its economy 20-fold since the mid 1990s. The ruling family has amassed property in Europe, Brazil and the United States while the majority of the population subsists on less than $2 a day.”

“In 2004, United States federal auditors fined a bank in Washington where Exxon and other oil companies had deposited hundreds of millions of dollars in payments for the use of Equatorial Guinea’s oil fields.”

“Records of the bank’s accounts show large deposits, in increments as high as $250,000, from American oil companies into the accounts of government officials and their relatives. Exxon says that the company is careful to follow the rules of the Foreign Corrupt Practices Act in countries with a history of corruption.”

“The president’s son Teodoro Nguema Obiang Mangue, the presumptive heir to the leadership of the country, is facing charges of money laundering and corruption in France. His father appointed him vice president last year (2016).”

“Under Mr. Tillerson, Exxon signed a major new oil exploration agreement with Equatorial Guinea in 2015. In a news release, Gabriel Mbaga Obiang Lima, the minister of mines, industry and energy, and another son of the president, said that the deal “signifies the start of a new adventure between old acquaintances.”

“The company had operated in Venezuela for decades, but in 2007, shortly after Mr. Tillerson stepped into the C.E.O. job, Hugo Chávez, who was the country’s president, said he would renegotiate a government deal with ExxonMobil, after pressuring other foreign oil companies to renegotiate as well.”

“Exxon did not agree to the changes in terms, and the Venezuelan government seized its assets in the country.” “Exxon sued the Venezuelan government for seizing its assets, winning a case before the World Bank’s international arbitration court in 2014, but Venezuela was ordered to pay only about one-tenth of what Exxon said the assets were worth.”

ExxonMobil has operated in Angola for more than 20 years, and it began production at new offshore wells under Mr. Tillerson’s leadership in 2012 and 2015. The country is Africa’s second-largest oil producer, and booming oil revenues constitutes more than 95 percent of the country’s exports.

“In Angola, the state-owned Sonangol authorizes all exploration and drilling activity. In June, Angola’s strongman president, José Eduardo dos Santos, who has ruled the country since 1979, fired the entire board of Sonangol and gave control of the company to his billionaire daughter, Isabel dos Santos, the richest woman in Africa.”

A 2013 report by the State Department cited a Swiss investigation into Sonangol that found that “government corruption at all levels was endemic,” and criticized Sonangol’s withholding of financial information about sale prices and the bonuses paid by international oil companies like Exxon to purchase concessions for oil exploration and drilling.”

“In 2011, the State Department was working on a deal to share Iraq’s oil revenue among its ethnically fractured provinces, hoping to financially tie together the Shiite political power center in Baghdad with Sunni provinces in the west and the Kurds in the north.”

“Iraqi officials argued that they had warned Exxon not to sign oil deals directly with the Kurdish regional government, and that such deals would be considered illegal until the revenue-sharing rules had been worked out.”

In the following month, the Iraqi government refused to pay Exxon a multimillion dollar fee for two years of the company’s work in a southeastern oil field.

According to a 2012 book by the journalist Steve Coll that chronicled the international deals of ExxonMobil, Mr. Tillerson arranged a conference call to explain his Kurdistan maneuver to senior State Department officials, telling them, “I had to do what was best for my shareholders.”

“Exxon abandoned three of the six oil exploration zones it had been operating in Iraqi Kurdistan last year.” 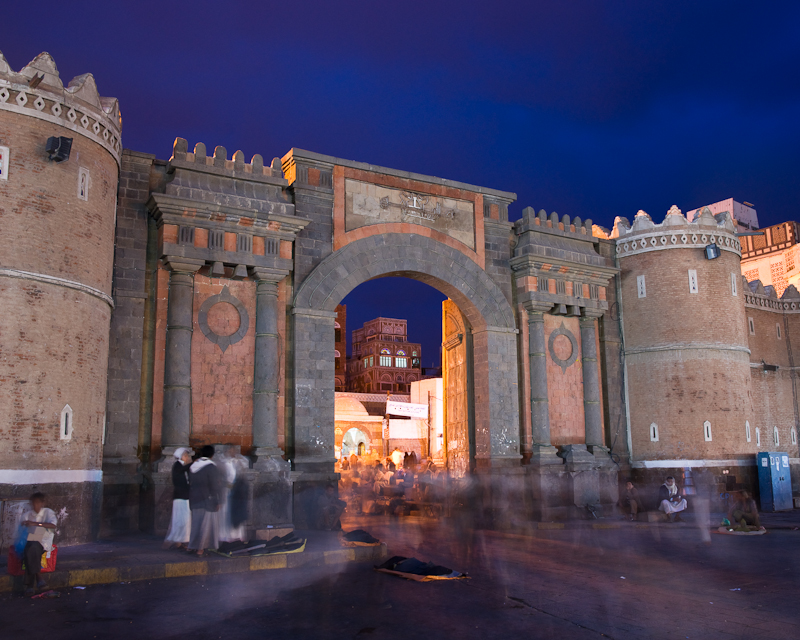 “One of Mr. Tillerson’s first global challenges as a young oil executive in the 1990s was serving as the Exxon president and country manager for Yemen. The country was a newborn state at the time, having only recently unified the populous, republican north with a smaller Marxist government in the south.”

“In October 2001, officials from the World Bank, ExxonMobil, Chevron and Petronas of Malaysia joined the presidents of Chad and Cameroon in a ceremony celebrating the start of one of the largest oil infrastructure projects in African history: a $4.2 billion, 665-mile pipeline to carry crude oil from the floodplains of southern Chad, through Cameroon and to the Atlantic coast.”

“I view the Chad project as a clean sheet of paper,” said Mr. Tillerson, at the time an executive vice president. “We have the opportunity to put things in place perhaps the way you’d like to see them carried out from the very beginning.”

“The agreement, organized by the oil companies and the World Bank and signed into law by President Idriss Déby Itno in 1999, pledged that 80 percent of its oil revenue would go to social development in education, health, agriculture and infrastructure, and another 10 percent would be kept in a “future generations” fund.”

“The agreement was seen as an aspirational example, in which the oil companies could enhance the security of their drilling operations and the political stability of the country by ensuring that oil revenue would help to raise the living standards of Chad’s impoverished citizens.”

“But the pledge was not honored. During Mr. Tillerson’s tenure as C.E.O. in 2008, the World Bank decided to shut down the program that had helped finance the African pipeline, after a report found that much of the money had been wasted and embezzled.”