aside White House Is Being Sued For Worker Intimidation For non supporters of the republican President Donald Trump, can you imagine having to work for the government under his administration. This would be like continuously being worried about being monitored by “big brother” as described in the book, “1984.”

Remember the vast majority of folks did not vote for him. Most supported the democratic presidential candidate Hillary Clinton, a third party candidate, a write in candidate or they voted for other contenders but chose no one for the top spot. 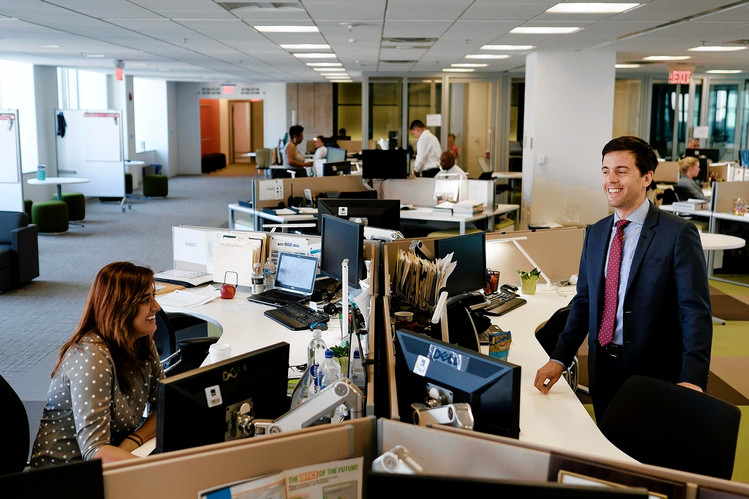 On May 1, 2017 Peter Overby of the NPR penned the following report, “Trump Administration Is Sued Over Alleged Intimidation Of Federal Workers.”

“As Trump appointees take their new positions in the federal bureaucracy, a legal battle is escalating over alleged intimidation of the civil servants who make the government function.”

“The nonprofit United to Protect Democracy is suing the Departments of Energy and of Health and Human Services for records that would document or disprove such allegations. One of the group’s lawyers, Ben Berwick, wrote in an online post that the goal is “protecting the civil service from purges, intimidation or politicization.”

“The DOE suit seeks documents concerning an attempt by the Trump transition team to get the names of civil servants and contractors who worked on climate change programs. The HHS case seeks similar documents that would have targeted employees who worked or expressed views on the Affordable Care Act or abortion rights.”

“United to Protect Democracy, which includes some lawyers from the Obama White House, earlier filed Freedom of Information Act requests for the documents. The law allows a FOIA requester to sue if an agency fails to act promptly; the group alleges that has happened.”

“The nonprofit wrote in the complaints that its mission “is to protect our democracy from descending into a more autocratic form of government.”

“DOE’s press office declined to comment on pending litigation. The HHS press office has not responded to requests for comment.”

“But the hottest battle over political influence in the bureaucracy may be in the Justice Department — specifically its civil rights division, which handles voter ID, redistricting, allegations of police misconduct against minorities and several other hot-button political issues.”

“United to Protect Democracy wrote to Attorney General Jeff Sessions last month, urging him to ensure that hiring and other personnel matters at the civil rights division “are based on merit, rather than improper considerations such as actual or perceived political affiliation, as required by law.” The letter was co-signed by 23 other progressive groups.”

“They were responding to a letter written in March by the conservative Public Interest Legal Foundation and joined by 24 other conservative leaders. It offers Sessions ideas on how to overhaul the civil rights division, which it says “served purely ideological ends with rigidity unmatched in other federal offices.”

“Trump’s appointees aren’t the first newcomers to pressure the bureaucracy. Typically, Republicans want civil servants to stop carrying out statutory mandates, while incoming Democrats push them to stretch those mandates.”

“The civil service system is designed to apply brakes to these sudden changes.”

“It has happened in the past,” said Paul Light, a professor of public service at New York University, “but not to the extent that it has happened here” with the Trump appointees.”

Still, Light predicted, “(The appointees) will lose on these; they will absolutely lose.”