We already know that the republican President Donald Trump was ready to let down his followers with his recent backing of the republican’s repeal and replacement of Obamacare health care bill where 24 million peoples would have lost access to affordable healthcare insurance, and then there is his proposed tax cut plan which heavily favors the wealthy while exploding the deficit. But there are the many other executive orders that he has executed which also harm his hard working backers.

Here is a partial list of the president’s actions which have either harmed hard working folks or children:

As per a 1/20/17 Reuters article by Sarah N. Lynch, “The Trump administration, hours after taking office on Friday, suspended a plan to cut mortgage insurance premiums on federally insured home loans that the U.S. government had estimated would save eligible homeowners an average of $500 a year.”

Rollback of EPA Climate Change Website for the Public

“The employees were notified by EPA officials on Tuesday that the administration had instructed EPA’s communications team to remove the website’s climate change page, which contains links to scientific global warming research, as well as detailed data on emissions.” (LAST DAY WAS 4/28/17.)

As per a 2/3/17 Forbes article by Jamie Hopkins, “At about 1:30 p.m. Eastern time on Friday, February 3, 2017, President Donald Trump signed a memorandum to roll back the Department of Labor’s fiduciary rule by asking the DOL to review the rule again and likely to delay its April 10th implementation. y put, the DOL fiduciary rule was designed to make sure that, if you hired a financial advisor to help with your retirement planning and assets, the financial advisor acted in your best interest, avoided conflicts of interest when possible, and was transparent with you about his or her compensation and fees. Many people are surprised to learn that such a rule does not already exist for financial advisors since financial advice, at its core, would appear only to be needed precisely to ensure the best interests of the consumer. ”

The transgender bathroom rule for children

As per the 2/22/17 Washington Post article by Sandhya Somashekhar, Emma Brown and Moriah Balingit, “The Trump administration on Wednesday revoked federal guidelines specifying that transgender students have the right to use public school restrooms that match their gender identity, taking a stand on a contentious issue that has become the central battle over LGBT rights.” 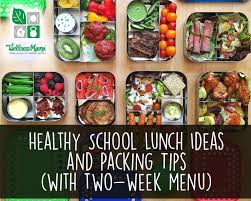 Roll back of Rules Regarding Healthy School lunches.

As per the 5/2/17 Hill report by Lydia Wheeler and Tim Devaney, Agriculture Secretary Sonny Perdue took steps Monday to roll back healthy school lunch standards promoted by former first lady Michelle Obama in one of his first regulatory acts.

The rule allows states to exempt schools in the 2017-2018 school year from having to replace all their grains with whole-grain rich products if they are having a hard time meeting the standard.

As per 3/28/17 CNN Money report by Chris Isadore, “Donald Trump took aim Tuesday at one of President Obama’s signature efforts on climate change: rules designed to make power plants cleaner. The administration says Trump is delivering on a key campaign promise: to restore coal mining jobs by eliminating regulations.””But the reality is that the demand for coal in the United States has been declining for years due to capitalism, not government regulations. The falling price of natural gas is the primary reason for the plunge in use of coal by utilities. Renewable energy sources, such as wind and solar, are also becoming more competitive.”

As per s 4/24/17  Center For American Progress report by Luke Bassett and Jason Walsh, “President Trump’s fiscal year 2018 budget blueprint would have unequivocally negative impacts on communities that have struggled economically due to the coal industry’s downturn. The budget would gut the federal economic and workforce development programs that are most targeted and active in their support of these communities. It proposes eliminating all federal discretionary funding—the entirety—of 7 of the 12 federal programs that coordinate investments and other forms of assistance to support coal communities. During the last two years, these programs have worked under the aegis of the Obama administration’s Partnerships for Opportunity and Workforce and Economic Revitalization, or POWER, Initiative to grow new businesses and industries, create jobs, and train dislocated coal economy workers for in-demand occupations.” “UMW (Mining Union) officials along with several Democratic and Republican senators and congressmen from eastern coal-producing states are predicting passage of the Miners Protection Act before the new May 5 deadline, although that is far from certain.”

“The 22,600 retired miners who immediately face a cutoff worked for now bankrupt coal companies, including mining giant Peabody Energy and Patriot, which stopped paying into the fund. Six major coal producers have filed for bankruptcy since the global financial crash in 2008.”

“Many Republican congressmen strongly oppose the measure, complaining it would lead to a government bailout.”