aside General Flynn Was Warned Against Contacting The US Russian Ambassador

The discovery that the republican President Donald Trump’s former NSA Adviser, retired Lt. General Mike Flynn knew not to contact the US Russian Ambassador Sergey Kislyak before his boss moved into the White House is not something new to me. What is shocking to me is that he was informed that the ambassador’s phone calls were being monitored but he still chose to make the December 2016 contact anyway to discuss the US sanctions which had been imposed due to Russia’s meddling into the 2016 presidential elections.

There is no reasonable explanation for General Flynn taking this action without having his boss in the loop, who frankly, gave the instructions.

On 5/6/17, Greg Mller and Adam Entous of the Washington Post penned the following report, “Flynn was warned by Trump transition officials about contacts with Russian ambassador.”

Former national security adviser Michael Flynn was warned by senior members of then President-elect Donald Trump’s transition team about the risks of his contacts with the Russian ambassador weeks before the December call that led to Flynn’s forced resignation, current and former U.S. officials said.

Flynn was told during a late November meeting that Russian Ambassador Sergey Kislyak’s conversations were almost certainly being monitored by U.S. intelligence agencies, officials said, a caution that came a month before Flynn was recorded discussing U.S. sanctions against Russia with Kislyak, suggesting that the Trump administration would reevaluate the issue.

Officials were so concerned that Flynn did not fully understand the motives of the Russian ambassador that the head of Trump’s national security council transition team asked Obama administration officials for a classified CIA profile of Kislyak, officials said. The document was delivered within days, officials said, but it is not clear that Flynn ever read it.

The previously undisclosed sequence reveals the extent to which even some Trump insiders were troubled by the still-forming administration’s entanglements with Russia and enthusiasm for a friendly relationship with the Kremlin.”

“The failed efforts to intervene with Flynn also cast harsh new light on a national security adviser who lasted just 24 days on the job before revelations about his discussions with Kislyak — and misleading accounts of them — forced him to resign.”

“Providing the Kislyak bio was seen by Obama officials as part of an effort “to make sure the new team had a full appreciation of the extent of the threat from Russia,” a former U.S. official said.”

“The perceived need to impress this point upon Flynn added to the growing concerns among senior members of the Obama administration, who at the time were still coming to grips with the scale of Russian interference in the 2016 election and were worried that any punitive measures they imposed might be rescinded when Trump was sworn in.”

“The request for the Kislyak document came from Marshall Billingslea, a former senior Pentagon official in the George W. Bush administration who led Trump’s national security transition team from November until shortly before Trump’s inauguration.”

“Billingslea, was nominated this week for a high-level position in the Treasury Department overseeing efforts to disrupt terrorist financing.”

“A former deputy undersecretary of the Navy, Billingslea was among a small group of experienced national security hands on the Trump transition whose entrenched skepticism toward Russia seemed at odds with the pro-Moscow impulses of Flynn and the incoming president.”

“Others included Samantha Ravich, a deputy national security adviser to Vice President Richard B. Cheney; and Christopher Ford, a former State Department official who now works as a special assistant on counter-proliferation issues in the Trump White House.”

“The Trump administration has taken a harsher tone toward Russia in recent weeks after the Syrian government, which is backed by Moscow, used chemical weapons on civilians.”

“But Trump has pointedly refused to employ such language himself and this week renewed his skepticism that Russia was responsible for a hacking and propaganda campaign targeting last year’s presidential race — a position held by the president that is at odds with the unanimous view of U.S. intelligence agencies.”

“Asked during a recent CBS interview whether he believed the allegations of Russian meddling, Trump said, “I’ll go along with Russia. Could’ve been China, could’ve been a lot of different groups.”

“The unusual steps taken by transition officials working with Flynn suggest that internal tensions over Russia began almost immediately after Trump’s victory in an election that Moscow sought to help him win, according to a declassified report by US intelligence agencies.”

“Billingslea was tapped in early November to head the effort to assemble a national security team for Trump in Washington, leading a so-called “landing team” that was based in offices at the General Services Administration headquarters in Washington but also had space in the Old Executive Office Building adjacent to the White House.”

“The effort was hampered by confusion in the election’s aftermath, friction among factions competing for influence with Trump, and communication difficulties created by an arrangement in which the landing team was based in Washington, but Flynn and his deputy, K.T. McFarland, spent almost all of their time at Trump Tower in New York.”

“In an attempt to improve coordination, the group scheduled a November meeting in Washington, a session attended by Flynn as well as about a dozen aides and staff members from other departments, officials said. Others also participated by phone.”

“As Flynn went through his upcoming appointments, he mentioned that he was being inundated with requests for meetings from diplomats. Most would have to wait to get access to Trump’s designated national security adviser, a position that would give Flynn enormous influence in the White House. Flynn then revealed that he’d already scheduled a conversation with Kislyak.”

“Meetings with foreign counterparts are commonplace for incoming national security advisers. But the reference to Kislyak raised eyebrows among officials who had spent much of their careers treating Russia as an adversary and avoiding encounters with Russian officials who might be engaged in espionage.”

“Billingslea warned Flynn that Kislyak was likely a target of U.S. surveillance and that his communications — whether with U.S. persons or superiors in Moscow — were undoubtedly being monitored by the FBI and National Security Agency, according to officials familiar with the exchange. Flynn, a retired three-star general who led the Defense Intelligence Agency, would presumably have been aware of such surveillance.” 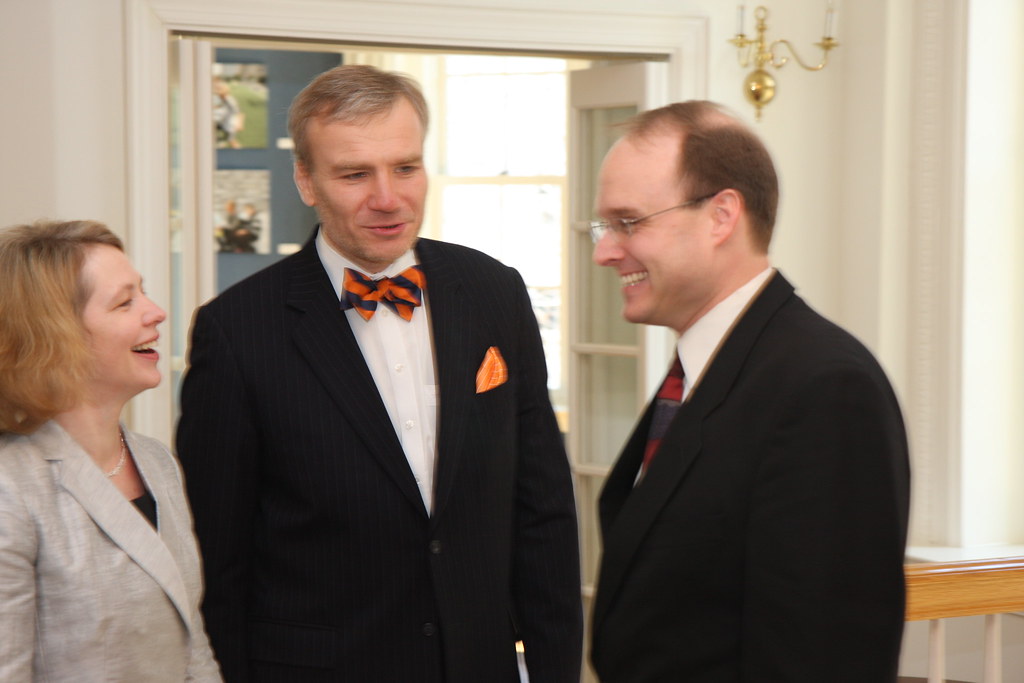 “Billingslea then said that he would obtain a copy of the profile of Kislyak, a document that Billingslea urged Flynn to read if he were going to communicate with the Russian envoy. Flynn’s reaction was noncommittal, officials said, neither objecting to the feedback nor signaling agreement.”

“Shortly thereafter, during the week of Nov. 28, Billingslea and other transition officials met with lower-level Obama administration officials in the Situation Room at the White House.”

“At the end of the meeting, which covered a range of subjects, Billingslea asked for the CIA profile. “Can we get material on Kislyak?” one recalled Billingslea asking.”

“Days later, Flynn took part in a meeting with Kislyak at Trump Tower. White House spokeswoman Hope Hicks has confirmed that both Flynn and Jared Kushner, Trump’s adviser and son-in-law, took part in that session, which was not publicly disclosed at the time.”

“It’s not clear whether the Kislyak profile was shared before that meeting. He continued to communicate with Kislyak, however, exchanging text messages and cellphone calls, culminating in a conversation intercepted by U.S. intelligence agencies just as the Obama administration was announcing election-related sanctions on Russia.”

“The Dec. 29 measures included the expulsion of 35 suspected Russian spies, the closure of two Russian compounds in the United States and economic sanctions against Russian intelligence services and officials.”

“Kislyak would have been keenly interested in whether the Trump administration, just weeks from taking office, intended to enforce these measures. After denying for weeks that he had discussed the sanctions with Kislyak, Flynn altered his story in early February when told that The Post planned to publish a story saying he had done so.”

“Flynn was forced to resign days later and may face other consequences for his dealings with Russia. The FBI has interviewed Flynn about the conversations with Kislyak. Flynn is also under investigation by the Pentagon’s inspector general over $45,000 he accepted for appearing at a 2015 event in Russia and $530,000 his former consulting firm was paid for work tied to the Turkish government.”

“The CIA bio on Kislyak was placed in a room in the Trump transition offices set up to handle classified material. Officials familiar with the document said that even if Flynn had read it, there is little in it that would have triggered alarms.”

“During Flynn’s fleeting tenure as national security adviser, he had several follow-on conversations with Kislyak and at one point proposed a lunch, officials said. The Russian Embassy called repeatedly to collect on that offer, officials said, until Flynn was fired and the calls stopped.”