aside President Lies About The Real Reasons For Loss Of US Manufacturing Jobs, Part II

This is a continuation of a blog where I am sharing the concept that the major catalyst for the loss of US manufacturing jobs in the past decade is due to technology advancements in the forms of automated system and robotics.

This loss of manufacturing jobs due to automation is counter to what the republican President Donald Trump has been telling his followers when he promises that he is bringing back manufacturing jobs which he blames solely on company executives choosing to move manufacturing jobs outside of the USA to take advantage of less expensive labor. This reality is just a small part of what really has cost the US, these good paying jobs.

As per a 3/27/17 US News & World Report article by Andrew Soerget, “Although Treasury Secretary Steven Mnuchin said last week he’s “not at all” worried about mass unemployment as the U.S. becomes more technologically advanced, a recent study from the National Bureau of Economic Research estimates hundreds of thousands of jobs have been sidelined by automation in the U.S. in recent decades.”

“In fact, the paper estimates roughly three jobs have been eliminated in the U.S. for each individual industrial robot introduced into the labor market – potentially setting the stage for even more significant job losses as workplace technology deepens its roots going forward.” 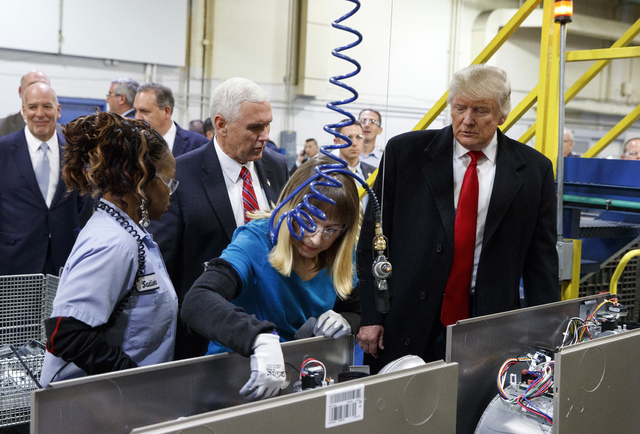 “Researchers at the Massachusetts Institute of Technology and Boston University surveyed robots’ impact on the U.S. labor market between 1990 and 2007, thereby avoiding data abnormalities from the mass job losses seen during the Great Recession.”

“They found “large and robust negative effects of robots on employment and wages” across local economies impacted by automation.”

“The data suggest one industrial robot was added to the labor market for every 1,000 employees between 1993 and 2007, resulting in hundreds of thousands of job losses and driving wages down in affected occupations.”

“The researchers ultimately found these numbers were “distinct from the impact of imports from China and Mexico, the decline of routine jobs, offshoring” and other types of information technology innovations. In short, the job losses they profiled are believed to have stemmed solely from the introduction of factory-type robotics.”

On 3/26/17, Brian Heater of the Teckcrunch.com penned the following report, “Technology is killing jobs, and only technology can save them.”

“Here, again, historical precedents can provide a little peace of mind. In his 2015 essay, “Why Are There Still So Many Jobs? The History and Future of Workplace Automation,” Autor cites an awfully familiar sounding 1961 Time Magazine story titled “The Automation Jobless,” in which the author writes:”

“Perhaps the piece jumped the gun by half a century. Or maybe American ingenuity will simply find a new way to self-correct. There’s hopefulness to be found in amongst all the doom and gloom of eroding manufacturing numbers.” 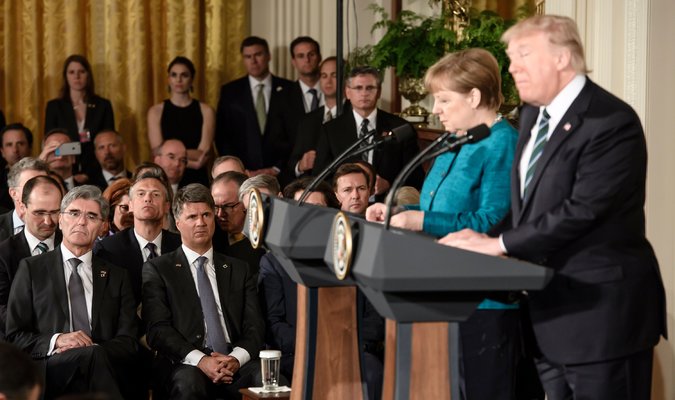 “There’s a lot of scaremongering stories about jobs that will disappear in 2020,” Neil Kinson, Chief of Staff at Redwood Software, tells TechCrunch, “but the reality is actually that there will be jobs in 2020 that my children will move into that we don’t even know exist today, as is paralleled by any of the great technological advances, whether it was automating agriculture, looms, the Industrial Revolution, whatever it is. What we’re seeing is the ability to develop new services that drive growth and employment.”

“A newly released study conducted by the Centre for Economic and Business Research (CEBR), in conjunction with Kinson’s company, notes that “A review of recent related economic studies suggests that there is a positive relationship between robotics automation and economic development.”

“And there does seem to be a potential silver lining in the form of nearshoring — bringing manufacturing closer to the userbase of its output.”

“Natural disasters such as the Tsunami in Japan can knock out a supply chain that is insufficiently diversified, making redundancy in the system and the capability to manufacture in a number of places more attractive,” Columbia Business School associate professor Rita Gunther McGrath wrote in a piece for The Wall Street Journal. “And as we see advances in automation and digitization, personnel cost as a fraction of total value created can be decreased, again making the economics of offshoring less compelling.”

“Automation and robotics could play a major role in making that ideal a reality. Technology has the potential to help drive down the cost of production and could ultimately even help domestic manufacturing cost competitive.”

“An AlixPartners study from January notes that “A decade ago, the labor-cost advantages of offshoring were clear. Today, determining the strategic location of manufacturing assets is a complex, high-stakes process.” Automation is, undoubtedly, one of the key differentiators, “Two-thirds of respondents say they plan to invest a significant portion of their future capital in robotics and automation technologies[…] The case for those investments is strong: robots and automation technologies enable companies to reduce labor costs, enhance quality control, and improve throughput.”

“I suspect we will see re-shoring of manufacturing as U.S. firms replace workers with technology and so labor costs diminish in relevance,” says Summers, “but this won’t help raise employment very much.”

“If automation does result in a return of manufacturing to the U.S., even by the most optimistic accounts it will replace jobs once reserved for humans. But many involved in the industry do point to a shift in the way industry views robotics.”

“Collaborative robots are being viewed as a major growth potential for the industry, leaving the machines to handle the three Ds, while a human coworker takes on tasks that are still better managed by people. “Before with robotics, we would be trying to create autonomous robots that do things themselves,” says Parris. Now a lot of it is remote control … That’s new jobs that are being created.”

“Collaborative robots tend to be more affordable and safer than their fully automated counterparts. It’s a concept that Amazon has deployed for some time now… at least since its acquisition of Kiva Systems, whose robots move shipping pallets in the company’s massive fulfillment centers. “We like to think of it as a symphony of software, machine learning, computer algorithms, and people,” a spokeswoman for the company told MIT in 2015. “And the people are such an important component; the technology wouldn’t mean anything if you didn’t have great employees that help interact and engage with it.”

“With or without job loss, companies are going to continue to embrace robotics and automation in a major way. The bottom line for most corporations is that the bad press that comes with the elimination of what are generally regarded as low-skilled positions is offset by the savings, productivity and safety technology can provide.”

“But a future in which automation is ubiquitous in industries doesn’t have to mean an apocalyptic elimination of jobs as we know it. IBM, predictably, has seen a silver lining in automation’s influence on an evolving job market. The company’s CEO Ginni Rometty recently began discussing the concept of “new collar jobs,” in reference to positions augmented by things like automation and artificial intelligence.”

“In a letter to then-President-elect Trump, Rometty wrote, “The country should focus on infrastructure investments that incorporate Internet of things technology and artificial intelligence to improve performance.”

“In a conversation with TechCrunch this week, IBM exec Guruduth Banavar echoes the sentiment, referring to the newly created category as “differently skilled” jobs, rather than lumping them into the standard high- or low-skilled categories.”

“If you were in the same room with me and I had a whiteboard, I’d draw a graph,” he explains. “If you think of the distribution of expertise as a bell curve. If the high-end of expertise is on the right side and the low-end is on the left, there’s a whole lot of medium-level expertise in the middle. That’s going to shift to the right. What we consider today to be high-level expertise jobs will be taken by people who use machines in the future to fulfill some of the expertise needed.”

“It’s a hopeful sentiment — that technology might help create new job categories, even as it displaces others. Banavar, naturally, cites the role IBM conceives of its Watson technology playing in a diverse range of fields, from medical to tax prep, augmenting the knowledge base of its users in the process.”

And indeed, it reflects a historical precedent that we’ve seen played out time and again over practically every industry. Decades of science-fiction have taught us to be wary of robotics, and changing industries have only made us more keenly in-tune with those fears. But just because they don’t represent end-times, doesn’t mean they’re not real.

“When it comes to politics and economics, it’s easy to engage in scapegoating. In the case of manufacturing, immigration, trade and automation, all have been on the receiving end of plenty of scrutiny over the years. And automation can certainly shoulder its share of the blame for real-world job elimination, which, as evidenced by the above BLS numbers amount to a not-insignificant five million lost manufacturing jobs since 2000.”

“But technology has also been a major driver in helping keep companies competitive, so to shy away from it would surely only result in even greater domestic job loss. In order to move forward, we need to embrace technology both as a means of production and a method for producing new roles.”

“But pulling off such a coup is going to require some massive investments in education, both on the part of the corporations looking to move valued employees into new roles and an education system preparing workers for the real world. Failure to do so will only accelerate the growing rift between so-called low- and high-skilled workers.”