aside Russia, Bannon, Pruitt, Supporters Win If The President Withdraws from Paris Climate Accord 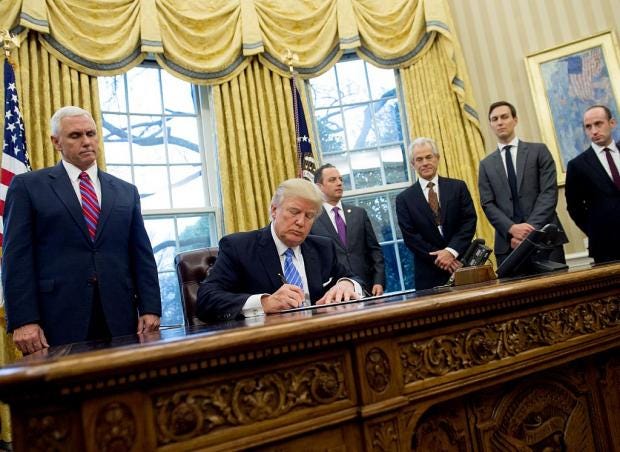 The news outlets have been detailing how there is a tug-of-war being played out in the White House, with the intent to influence the republican President Donald Trump’s thinking about whether to withdraw or not, from the 2015 /195 nation Paris Climate Change Accord.

If the above is true, US businesses will have to step in to bridge the vacuum created by the president’s pulling out from the Paris Climate Change Accord.

But MSNBC IS PROVIDING ALTERNATE DETAILS. This news outlet states that while its journalists have verified the above facts with two sources, there is one source within the White House suggesting that the president has not made his final determination.

I will be announcing my decision on the Paris Accord over the next few days. MAKE AMERICA GREAT AGAIN!

If the president FORMALLY acts to withdraw from the accord, he will tweeting that he is only keeping his promise to his followers. This is a bold faced lie. When he made that pledge, he said he would be tearing up the agreement in order to save average Joe jobs. Just the opposite is true. By withdrawing from the Paris Climate Accord, he will be costing these hard working men and women, jobs. His endorsement for the US House republicans’ recently passed healthcare bill and his proposed budget has shown us just how much he really doesn’t care about improving the lives of average Americans. Not even the fossil fuel industry has been in favor of the US withdrawing its support from the Paris accord. The CEO of Exxon has written a letter begging the president NOT to withdraw.

And, as per the most recent Wall Street Journal Poll, 67% of Americans believe that climate change issues require solutions.

If the president makes THE FORMAL ANNOUNCEMENT against sticking with the Paris Climate Change Accord, he will have acted because he is doing the bidding of Russia to create a wedge with our foreign allies. I’m certain that the Pope talked to him about this subject.

This one act will confirm for me my suspicion that the US president is indeed, a Russian asset.

A divided White House staff, anxious corporate executives, lawmakers and foreign leaders are fiercely competing for President Trump’s ear this week as he nears a decision on whether to pull the United States out of the Paris climate accord, the landmark agreement that commits nearly every country to combat global warming.

For a president not steeped in policy intricacies, the decision is vexing. On both sides are voices he profoundly respects: chief executives of some of the world’s largest companies urging him to remain part of the accord and ardent conservatives like Stephen K. Bannon, his chief strategist, and Scott Pruitt, his Environmental Protection Agency administrator, tugging him toward a withdrawal from the 195-country agreement.

Exxon Mobil’s chief executive, Darren W. Woods, wrote recently that remaining in the agreement would be prudent, part of a nearly united corporate front. Within the administration, Gary D. Cohn, the director of the National Economic Council; the president’s daughter Ivanka Trump; and his secretary of state, Rex W. Tillerson, say the United States can remain a party to the accord even as the administration moves to eviscerate the Obama-era climate policies.”

“In a major climate speech Tuesday, the United Nations secretary general, António Guterres, exhorted world leaders to stick to their commitments to the accord, calling for “increased ambition” in the face of threats to disengage.”

“But the voices calling for a clean break from Paris are no less urgent, tugging at the president’s gut-level instincts by arguing that remaining a party to the agreement would shackle the American economy and betray his core supporters.“Everybody who hates Trump wants him to stay in Paris. Everybody who respects him, trusts him, voted for him, wishes for him to succeed wants him to pull out,” said Grover Norquist.”

“Mr. Trump said on Twitter over the weekend that he would announce his decision this week, and White House officials said the president spoke again Tuesday with Mr. Pruitt, who is responsible for unwinding the pollution-reduction efforts the prior administration had put in place during the negotiations in Paris.”

“Mr. Trump has given few public indications of his thinking. Inside the West Wing, advisers have believed for weeks that the president was inclined to do what he promised during the campaign: In rallies, he repeatedly vowed to “cancel” what he called the job-killing agreement.”

“Mr. Trump’s daughter, however, has spent the past several weeks making sure that her father has heard from both sides, according to an administration official familiar with her efforts.”

“Ms. Trump’s husband, Jared Kushner, a senior adviser in the White House, also favors staying as long as doing so does not legally limit the steps Mr. Trump is taking to move away from the restrictive environmental standards President Barack Obama put in place.”

On the other side, Mr. Bannon has been one of the most aggressive advisers lobbying the president to pull out of the agreement.”

“Meanwhile, advice is pouring in from outside the White House.”

“On Capitol Hill, 22 Republican senators signed a letter urging the president to abandon the agreement. Staying in “would subject the United States to significant litigation risk that could upend your administration’s ability to fulfill its goal of rescinding the Clean Power Plan,” they wrote.”

“Senator Lindsey Graham, Republican of South Carolina, chided his colleagues from his party, saying on CNN that pulling out of the Paris accord would amount to “a statement that climate change is not a problem, is not real.”

But the corporate voices for remaining in the agreement may be the most influential. “By expanding markets for innovative clean technologies, the agreement generates jobs and economic growth. U.S. companies are well positioned to lead in these markets,” a host of corporate giants wrote in full-page advertisements that ran recently in The New York Times, The New York Post and The Wall Street Journal.

Mr. Woods, the Exxon Mobil chief executive, wrote to Mr. Trump this month after the two men spoke by phone about investments that the company was planning in the Gulf of Mexico, according to a company spokesman, Alan Jeffers. As disagreement over whether to withdraw appeared to intensify, Mr. Woods wanted to communicate his stance directly.

“By remaining a party to the Paris Agreement, the United States will maintain a seat at the negotiating table to ensure a level playing field so that all energy sources and technologies are treated equitably in an open, transparent and competitive global market so as to achieve economic growth and poverty reduction at the lowest cost to society,” Mr. Woods wrote.

“He included an earlier letter that the company had sent expressing support for the agreement to George David Banks, the special assistant to the president for international energy and environment, who had asked the company to share its views.”

“Environmentally oriented groups like Ceres, the Business Council for Sustainable Energy and the Center for Climate and Energy Solutions have brought together big companies like Apple, Ingersoll Rand, Mars, National Grid and Schneider Electric to appeal to the president to stay in. Many of them operate globally and worry that if the United States abandons the deal, it would be harder to operate in existing markets and break into new ones.”

“Tom Werner, the chief executive of SunPower, a solar panel maker, sent letters to Mr. Trump and other administration officials arguing that companies have already made plans based on the Paris standards.”

“The global reaction has been fierce and almost exclusively in favor of keeping the US in the 2015 agreement. In Europe last week, world leaders privately implored Mr. Trump not to bolt.”

President Emmanuel Macron of France told reporters that he urged Mr. (Donald) Trump not to make a “hasty decision.” Chancellor Angela Merkel of Germany called her discussions with the president, “not to say very dissatisfying.”

“The global pressure campaign continued on Thursday (5/30/17) with the speech by Mr. Guterres at NY University. While not specifically mentioning Mr. Trump in his speech, the secretary general of the United Nations referred to “those who might hold divergent perspectives” as he called for all countries to fulfill the promises they made.”

“This is a huge deal to speak to the people who brung you to the dance,” Mr. Norquist said. If Mr. Trump pulls out of the Paris Agreement, he said, the message is this: “I kept my word.”