aside Michael Cohen, President’s Attorney Since 2006 Is Subject To Subpoena By Senate Intel Chairs 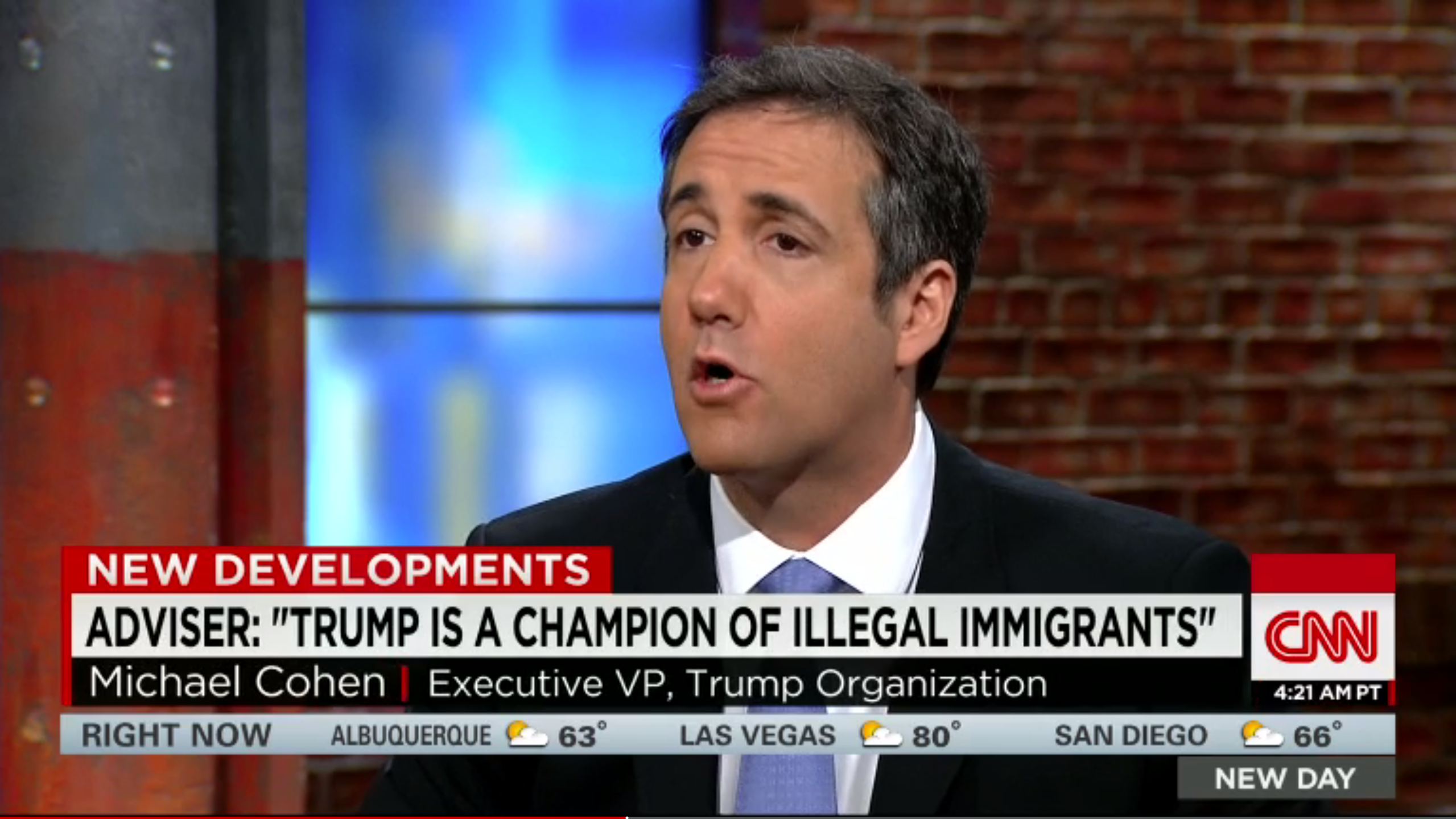 The Russia investigation continues to center on more and more people in Trump’s inner circle which now includes Trump’s personal lawyer Michael Cohen. He is now a focus in the House and Senate investigations into Russia’s potential influence in the 2016 presidential election.

As Mr. Cohen, had continued to demonstrate resistance in cooperating with the US House intel committees, the members of the US Senate’s Intel Committee voted unanimously to grant its chairs, Senators Richard Burr (R-NC) and Mark Warner (D-VA) subpoena power to demand records and cooperation.

AS A REMINDER, and as per the 2/19/17 NY Times report by Megan Twohey and Scott Shane, “A week before Michael T. Flynn resigned as national security adviser, a sealed proposal was hand-delivered to his office, outlining a way for President Trump to lift sanctions against Russia.”

“Mr. Flynn is gone, having been caught lying about his own discussion of sanctions with the Russian ambassador. But the proposal, a peace plan for Ukraine and Russia, remains, along with those pushing it: Michael D. Cohen, the president’s personal lawyer, who delivered the document; Felix H. Sater, a business associate who helped Mr. Trump scout deals in Russia; and a Ukrainian lawmaker trying to rise in a political opposition movement shaped in part by Mr. Trump’s former campaign manager Paul Manafort.”

On 5/30/17, Alan Neuhauser of the US News penned the following report,  “Russia Probe Turns to Trump Lawyer Michael Cohen: Report.”

“The sprawling investigation into Russia’s interference in the 2016 election has reportedly swept up President Donald Trump’s personal lawyer, Michael Cohen.”

“Investigators with House and Senate committees conducting separate Russia probes have asked Cohen “to provide information and testimony” about any interaction he has had with anyone connected to the Kremlin, Cohen told ABC News, which first reported the story.”

“Cohen said he chose not to accept the invitation, which prompted the Senate intelligence committee to vote unanimously to grant its chairmen subpoena authority.”

“I declined the invitation to participate as the request was poorly phrased, overly broad and not capable of being answered,” Cohen said, according to ABC.

“Cohen was named in an incendiary but unverified dossier prepared by a former British intelligence agent (Christopher Steele), which made a number of unconfirmed accusations concerning Cohen’s interactions with Russian representatives. The lawyer has called the allegations “laughably false,” and news organizations – including ABC News – have refuted some of the references to him in the document.” 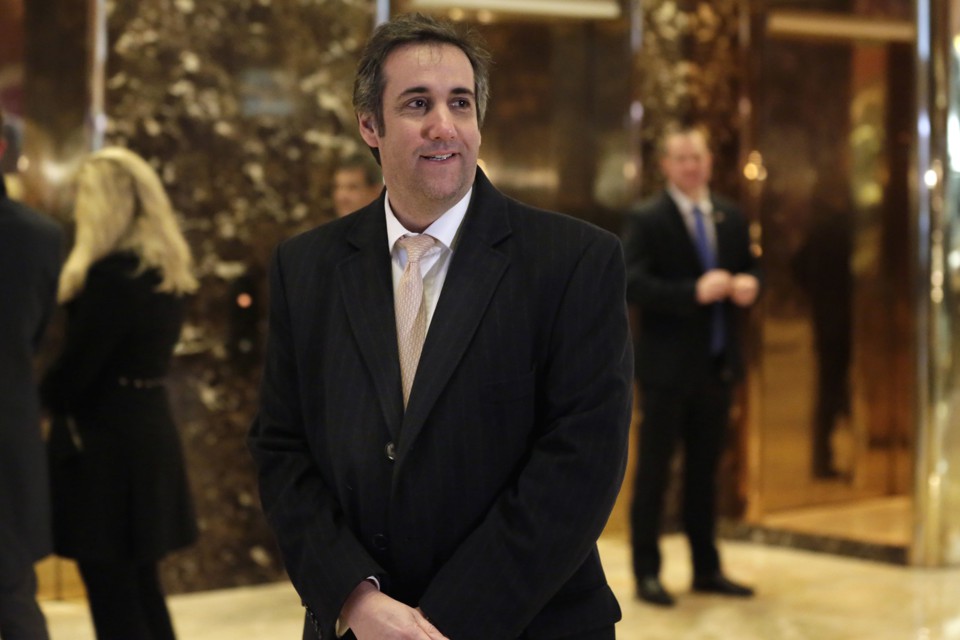 “Cohen has built a pugnacious reputation as one of Trump’s closest confidants and a member of the Trump Organization. Since the election, he has remained the president’s personal attorney, and he has also joined the Republican National Committee and formed a “strategic alliance” with law firm Squire Patton Boggs, a lobbying powerhouse.”

The revelation of Cohen’s involvement in the investigation came amid intense scrutiny of Jared Kushner, Trump’s son-in-law and a senior White House adviser. The House and Senate investigations are being carried out in addition to a federal probe being led by special counsel and former FBI Director Robert Mueller.

“Michael Cohen has great insight into the real estate market,” Trump said of Cohen in a 2007 New York Post interview. “He has invested in my buildings because he likes to make money — and he does.”

“I think the world of him,” Cohen said of the billionaire real estate and reality television mogul who has said he will decide sometime before June whether to run for president. “I respect him as a businessman, and I respect him as a boss.”

“The two talk regularly — “I speak to him even more than I did before,” Cohen said — and he has spearheaded a variety of projects for Trump, including sealing a business partnership in the former Soviet republic of Georgia, running a mixed martial arts promotion company called Affliction Entertainment and a firm that turns landfills into golf courses.”

“Cohen, whose position allows him to play at any of Trump’s courses around the world, describes himself as a “decent” golfer and an avid tennis player. Much like Trump’s, his circle of acquaintances include political leaders, actors and “super high net worth people,” as Cohen calls them.”

He only wears Dolce & Gabbana suits and Hermes ties. Even when he was a legislative intern for former Congressman Joe Moakley, a Massachusetts Democrat, Cohen says he was “always dressed to the hilt.”

“It’s very, very surreal,” Cohen told ABC News. “I’ve been admiring Donald trump since I was in high school.” (He said that when he was a young man he read Trump’s 1987 book, “The Art of The Deal” cover to cover — twice.)

Cohen grew up on Long Island. His mother was a nurse and his father was a surgeon who escaped a Nazi concentration camp with his family during World War II. He attended American University followed by law school and said he got his first taste of politics when he was a boy. A neighbor of his parents’ invited him to walk precincts with New York Mayor John Lindsay in Atlantic Beach, Queens and Brooklyn.

“Like Trump, Cohen has donated money to both Democratic and Republican candidates over the years, including Sen. Chuck Schumer, D-N.Y., and Sen. John McCain, R-Ariz. He’s hobnobbed with Hillary Clinton and the late Sen. Ted Kennedy. Cohen said he and Kennedy even once went sailing near the Kennedy Compound in Cape Cod and shared a lobster and clambake.”

“After law school, Cohen went on to work at a personal-injury malpractice law firm in NYC and later became a partner at the firm Phillips Nizer. He joined the Trump Organization in 2006 at Trump’s invitation. He’s married and has two children.”