Before the republican President Donald Trump and his senior adviser and son-in-law Jared Kushner had been officially ensconced in the White House, around the first week of December 2016, Mr. Kushner made contact with the US Russian Ambassador Sergey Kislyak to establish  a “back door” communications channel outside the purview of the US Intelligence Community while using Russian facilities.

There had been a meeting set up between Jared Kushner and Sergey Kislyak to discuss this with the president’s former National Security Adviser Lt. General Mike Flynn also, in attendance.

The White House staff admitted to the above described events in March 2017, but it played down its significance. But those familiar with the matter say the FBI now considers the encounter, as well as another meeting Mr. Kushner had with a Russian banker, to be of “investigative interest.” 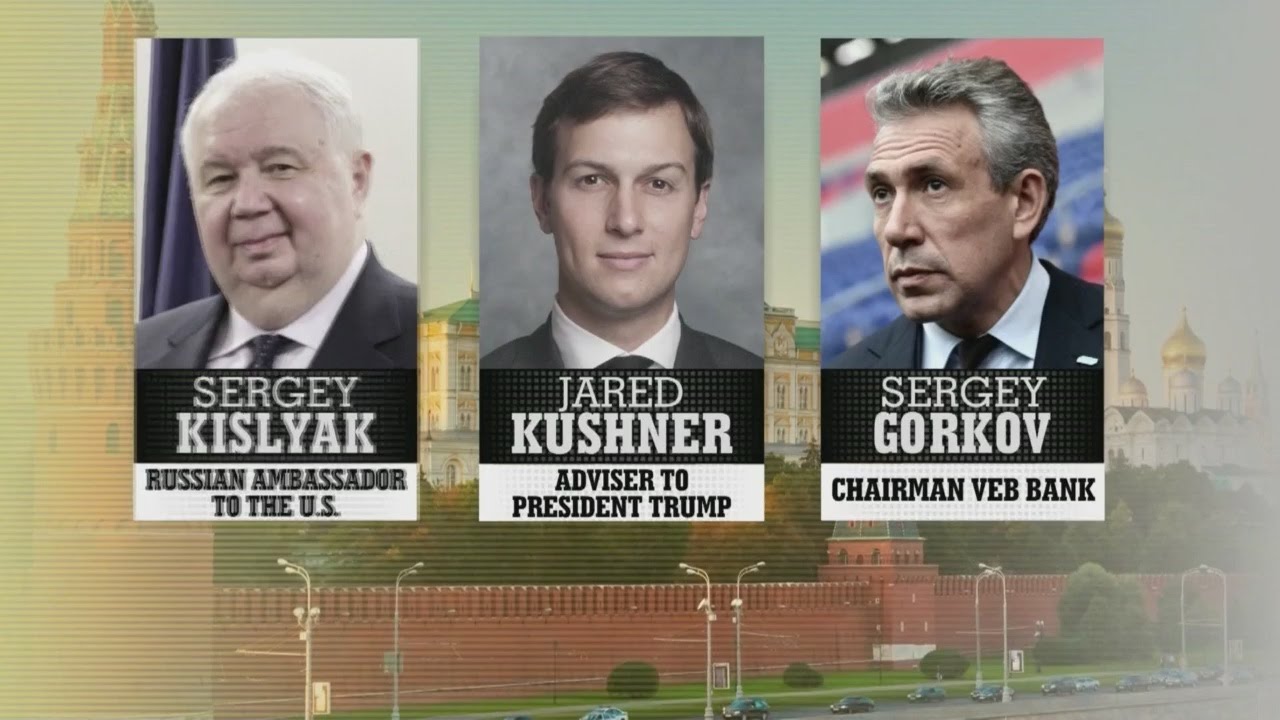 Until late May 2017,  Mr. Kushner’s interactions with Russians had been under the radar with regards to the FBI’s Trump-Russian probe including his December 2016 meeting with Mr. Kislyak and an executive for a Russian bank under U.S. sanctions ( Sergey N. Gorkov, the chief of Vnesheconombank), that is until these incidents were exposed in media reports.

The reason that Jared Kushner’s meeting with Sergey Gorkov, the Russian’s financial institution chief, Vnesheconombank is a big deal, has to do with its well deserved reputation for being a hot bed for Russian spies operating within the USA. Plus the US had placed sanctions on this bank which makes it illegal for American citizens to do business with it.

“The U.S. government on Monday (January 2015) unveiled criminal charges against three men for their alleged involvement in a Russian spy ring operating in New York City.”

“Monday’s (January 2015) charges are linked to Buryakov’s alleged covert work on behalf of Russia’s foreign intelligence service, known as the SVR, according to a criminal complaint.”

“Buryakov, 39, masked this work by posing as a banker for Russia’s Vnesheconombank, according to the complaint and the bank’s website.”

“The alleged conspiracy began in 2012, following the 2010 expulsion of several Russian spies from the United States.”

“Federal prosecutors said Sporyshev, 40, worked as a Russian trade representative from November 2010 to November 2014, while Podobnyy, 27, was an attaché to Russia’s mission to the United Nations from December 2012 to September 2013.”

“The presence of a Russian banker in New York would in itself hardly draw attention today, which is why these alleged spies may have thought Buryakov would blend in,” U.S. Attorney Preet Bharara in Manhattan said in a statement.”

“Each defendant was charged with acting as or helping Buryakov to act as an unregistered agent of a Russia, which carries a maximum 10-year prison term, and conspiracy.”

“Prosecutors said the case was built on physical and electronic surveillance of dozens of meetings, including several in which Buryakov met with an FBI agent posing as a wealthy investor who hoped to develop casinos in Russia.”

“They said Buryakov would seek information “far outside” what a banker in his position would care about, including a list of Russian entities that might face future U.S. sanctions.”

“Buryakov was arrested on Monday (January 2015) in the Bronx borough of NY City.”

“Sporyshev and Podobnyy have not been arrested and no longer live in the United States but had diplomatic immunity while they were in the country, federal prosecutors said.”