It is not only the FBI Director James Comey who will be testifying (6/8/17) about how the republican President Donald Trump had attempted to derail the FBI’s Trump-Russian probe with regards with to his former National Security Advisor retired Lt. General Mike Flynn.

THE TOP SPY, the DNI (Director of National Intelligence) Dan Coats will today be doing likewise before the US Senate Intel Committee. He has a very similar story to tell about the president pulling him aside after a meeting with him and others to make his pitch to suggest favorable treatment towards General Flynn. Some republican presidential legislative sycophants will attempt to muddy the reputation of the former FBI Director Comey. One has already gone public by stating that Director Comey never said anything before about his concern over the president’s attempts to interfere with the Trump-Russian inquiry and so what is the big deal now.

Dear republicans, (of which I was one for at least 30 + years and until very recently) the president resorted to the ultimate tactic to derail this probe by firing the FBI Director Comey on 5/9/17 under a different pretext to hide his actual intent. This is a tell.

In the past, I have disagreed with some of the steps the FBI Director has taken but this is separate from questioning his basic honor and interity. The president is not in a position to throw any stones when it comes to truth telling as he is challenged in this area to a high degree.

Tomorrow, those republican US Senate intel committee members who act as the president’s vassals deserve to lose on any upcoming elections because they are placing the US national security interests behind that of serving their party. May you go down in infamy in the future US history books.

On 6/6/17, Adam Entous of the  Washington Post penned the following report, “Top intelligence official told associates Trump asked him if he could intervene with Comey on FBI Russia probe.”

“The nation’s top intelligence official told associates in March that President Trump asked him if he could intervene with then-FBI Director James B. Comey to get the bureau to back off its focus on former national security adviser Michael Flynn in its Russia probe, according to officials.” 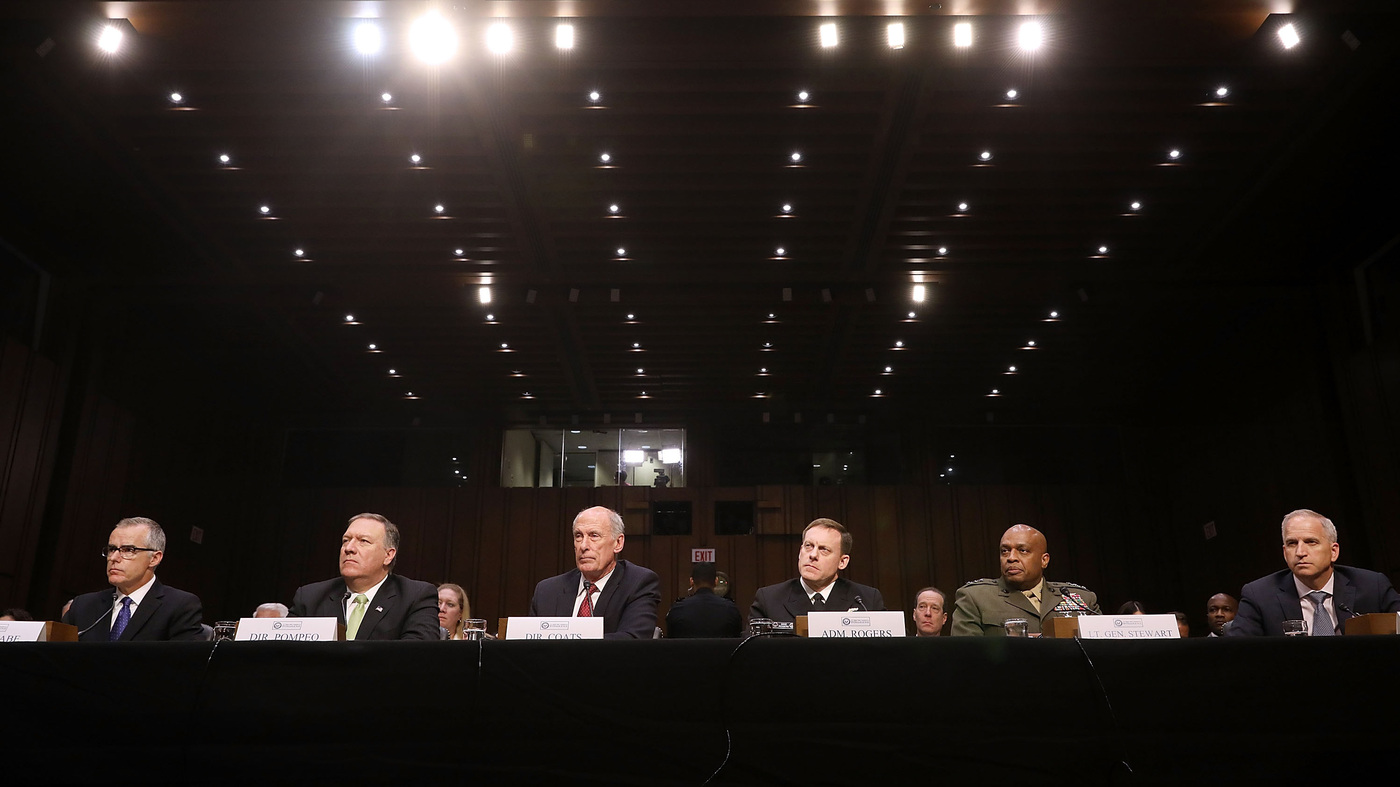 “On March 22, 2017 less than a week after being confirmed by the Senate, Director of National Intelligence Daniel Coats attended a briefing at the White House together with officials from several government agencies. As the briefing was wrapping up, Trump asked everyone to leave the room except for Coats and CIA Director Mike Pompeo.”

“The president then started complaining about the FBI investigation and Comey’s handling of it, said officials familiar with the account Coats gave to associates. Two days earlier, Comey had confirmed in a congressional hearing that the bureau was probing whether Trump’s campaign coordinated with Russia during the 2016 race.”

“After the encounter, Coats discussed the conversation with other officials and decided that intervening with Comey as Trump had suggested would be inappropriate, according to officials who spoke on condition of anonymity to discuss sensitive internal matters.”

“The events involving Coats show the president went further than just asking intelligence officials to deny publicly the existence of any evidence showing collusion during the 2016 election, as The Washington Post reported in May. The interaction with Coats indicates that Trump aimed to enlist top officials to have Comey curtail the bureau’s probe.”

“Coats will testify on Wednesday before the Senate Intelligence Committee. Lawmakers on the panel said they would press him for information about his interactions with the president regarding the FBI investigation.”

“The question of whether the president obstructed the Russia investigation is expected to take center stage this week with Comey’s highly anticipated testimony on the Hill on Thursday (6/8/17).  Comey associates say that before the director was fired in May, the president had asked him to drop the investigation into Flynn, and Comey refused.”

“Trump has repeatedly denied any coordination took place between his campaign and the Russian government, which, according to U.S. intelligence agencies, stole emails embarrassing to Democratic presidential candidate Hillary Clinton and leaked them to undermine her campaign.”

“Flynn had served as an enthusiastic surrogate for Trump during the campaign and then was fired after just 24 days as national security adviser over revelations he misrepresented his discussions with the Russian ambassador to the United States.”

“Trump announced in January (2017) that he was nominating Coats to serve as director of national intelligence, responsible for overseeing U.S. intelligence agencies and for briefing the president on global developments.”

“In February, as tensions flared between intelligence agencies and the White House over Russia and other issues, some of Trump’s advisers floated the idea of appointing a New York billionaire, Stephen A. Feinberg, to undertake a review of the ODNI. Coats, who was preparing for his confirmation hearing, felt blindsided, officials said.”

“The White House backed away from the idea of naming Feinberg after Coats, members of the intelligence community and Congress raised objections.”

“Officials say Trump’s advisers have since revived their proposal to appoint Feinberg to a senior position, possibly to review the roles of the ODNI and other intelligence agencies.”

“Some officials said they viewed the prospective appointment of Feinberg as an effort by White House officials to put pressure on intelligence agencies to close ranks with the White House.”

“In an appearance last month before the Senate Armed Services Committee, Coats refused to provide details about his interactions with Trump.”

“But he indicated that he would cooperate with the Russia probe now being led by special counsel Robert S. Mueller III. Under questioning by Sen. Martin Heinrich (D-N.M.), Coats said that if asked, he would provide details of his conversations with Trump to Mueller.”

“Coats also said that if he is called before an investigative committee, such as the Senate Intelligence Committee, “I certainly will provide them with what I know and what I don’t know.” He said the Trump administration had not directed the ODNI to withhold information from members of Congress conducting oversight.”