aside What Are the Voting Systems Per Each US State?

On June 20, 2017, in a hearing before the House Intelligence Committee Tuesday, former Department of Homeland Security Secretary Jeh Johnson testified that Russia’s meddling was “unprecedented, the scale and the scope of what we have seen them doing in the past.

And today, June 21, 2017, he outlined  before the Congressional hearing, how Russian interference in the election did not affect voting machine tallies, but could have affected the election in other ways.

According to various news sources, at least 15 states have electronic voting machines without a paper audit trail which would make a recount, impossible.

As per the 6/21/17 Washington Post report, “People connected to the Russian government tried to hack election-related computer systems in 21 states, a Department of Homeland Security official testified Wednesday (6/21/17).”

“Samuel Liles, the Department of Homeland Security’s acting director of the Office of Intelligence and Analysis Cyber Division, said vote tallying mechanisms were unaffected, and the hackers appeared to be scanning for vulnerabilities — which Liles likened to walking down the street and looking at homes to see who might be inside.”

“But hackers successfully exploited a “small number” of networks, Liles said, likening the act to making it through a home’s front door.”

“Liles was testifying before the Senate Intelligence Committee, which is investigating Russia’s efforts to meddle in the 2016 presidential election, and his remarks add some clarity to the breadth of the Kremlin’s cyber mischief. Officials in Arizona and Illinois had previously confirmed that hackers targeted their voter registration system, though news reports suggested the Russian effort was much broader.”

Ballotpedia has published on April 27, 2017, the following study results about each state’s voting methods and equipment.

Voting methods and equipment by state

“The types of voting equipment used in the United States vary from state to state. Some jurisdictions use electronic devices to record votes. Others use paper ballots, and others still use neither and vote by mail.”

“The following types of voting equipment were in use in the United States as of September 2016:” 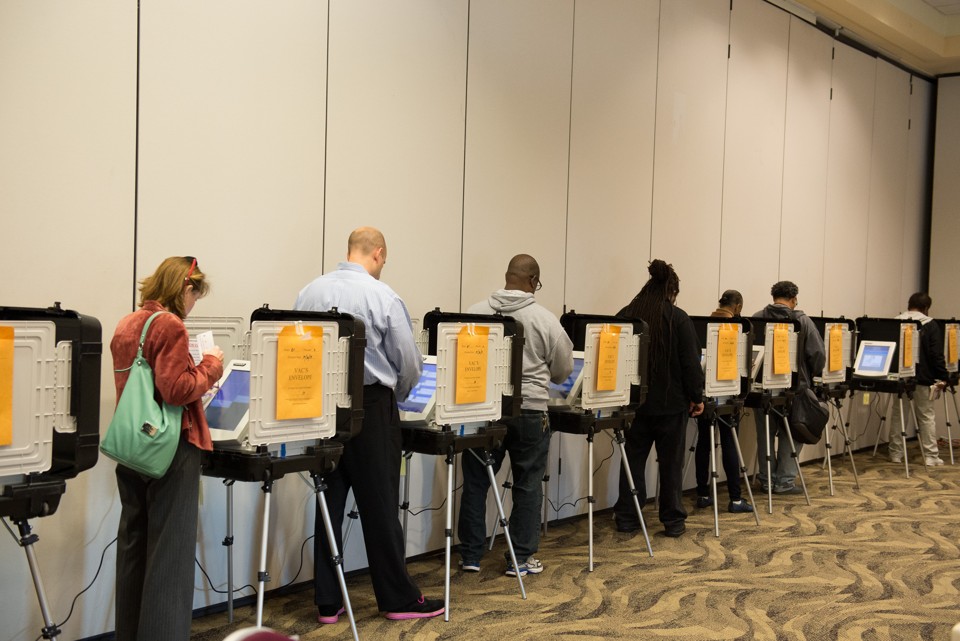 “The map and table below show what voting equipment was used in each state as of September 2016. Please note that the equipment listed below applies to the voter’s experience. For example, in New York state, a voter submits a paper ballot, which in turn is tallied using electronic equipment. For the purposes of the map and table below, such states are considered paper ballot states.”

“The link below is to the most recent stories in a Google news search for the terms voting machine. These results are automatically generated from Google. Ballotpedia does not curate or endorse these articles; they are included to provide readers with the most recent news articles on the subject.”