He is the one who kept repeating and tripping over the words, that the president was not under investigation by the FBI special counsel, Robert Mueller III, looking into Russia’s election-year meddling, countering  President Trump’s assertion via one of his infamous morning tweets, made couple days earlier.

This denial on Sunday (6/18/17) by Jay Sekulow which was just one of the latest of many examples in which the president’s aides and lawyers have scrambled to avert a public-relations nightmare created by Mr. Trump’s tweets. However, with skilled questioning by the FOX TV reporter, Chris Wallace, his effectiveness was made nil. But that didn’t stop FOX TV from inviting him to co-host the FOX channel next morning show.

But this nothing when compared to his side line gig, as the director of the Christian-right’s the American Center for Law and Justice and other non-profits.  Here’s the rest of the story…

“More than 15,000 Americans were losing their jobs each day in June 2009, as the US struggled to climb out of a painful recession following its worst financial crisis in decades.”

“But Jay Sekulow, who is now an attorney to Donald Trump, had a private jet to finance. His law firm was expecting a $3m payday. And six-figure contracts for members of his family needed to be taken care of.”

“Documents obtained by the Guardian show Sekulow that month approved plans to push poor and jobless people to donate money to his Christian nonprofit, which since 2000 has steered more than $60m to Sekulow, his family and their businesses.”

“Telemarketers for the nonprofit, Christian Advocates Serving Evangelism (Case), were instructed in contracts signed by Sekulow to urge people who pleaded poverty or said they were out of work to dig deep for a “sacrificial gift”.

“I can certainly understand how that would make it difficult for you to share a gift like that right now,” they told retirees who said they were on fixed incomes and had “no extra money” – before asking if they could spare “even $20 within the next three weeks”.

“In addition to using tens of millions of dollars in donations to pay Sekulow, his wife, his sons, his brother, his sister-in-law, his niece and nephew, and their firms, Case has also been used to provide a series of unusual loans and property deals to the Sekulow family.”

Attorneys and other experts specialising in nonprofit law said the Sekulows risked violating a federal law against nonprofits paying excessive benefits to the people responsible for running them. Sekulow declined to detail how he ensured the payments were reasonable.

“This is all highly unusual, and it gives an appearance of conflicts of interest that any nonprofit should want to avoid,” said Daniel Borochoff, the president of CharityWatch, a Chicago-based group that monitors nonprofits.

“Sekulow, 61, is the president of Case and the chief counsel of its sister organization, the American Center for Legal Justice (ACLJ). He has become one of Trump’s most vocal defenders since joining the team of attorneys representing the president amid investigations into possible ties between his campaign and Russia.”

“His spokesman, Gene Kapp, said in an emailed statement: “The financial arrangements between the ACLJ, Case and all related entities are regularly reviewed by outside independent compensation experts and have been determined to be reasonable. In addition, each entity has annual independent outside audits performed by certified public accounting firms. Further, the IRS has previously conducted audits of the ACLJ and Case and found them to be in full compliance of all applicable tax laws.”

“”Sekulow is an ally of the conservative televangelist Pat Robertson and made his name in Washington by fighting against abortion rights and efforts to legalise same-sex marriage.”

“He founded Case in 1988 to build on a successful appearance at the US supreme court on behalf of the group Jews For Jesus, after an earlier career as a real estate attorney ended in bankruptcy and legal disputes. Sekulow has gone on to use Case as a platform for legal action to defend Christians against perceived encroachments on their rights.”

“Case raises tens of millions of dollars a year, much of it in small amounts from Christians who receive direct appeals for money over the telephone or in the mail. The telemarketing contracts obtained by the Guardian show how fundraisers were instructed by Sekulow to deliver bleak warnings about topics including abortion, Sharia law and Barack Obama.”

“It’s time to let the president know that his vision of America is obscured and represents a dangerous threat to the Judea-Christian values that have been the cornerstone of our republic,” one script from 2015 said.”

“Sekulow has assured supporters that his organization “does not charge” for its services. “We are dependent on God and the resources He provides through the gifts of people who share our vision,” he wrote in a letter sent to contributors.” 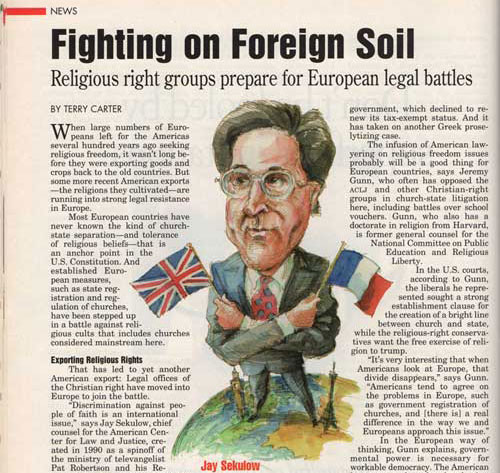 “For years, the nonprofits have made a notable amount of payments to Sekulow and his family, which were first reported by Law.com. Since 2000, a law firm co-owned by Sekulow, the Constitutional Litigation and Advocacy Group, has been paid more than $25m by the nonprofits for legal services. During the same period, Sekulow’s company Regency Productions, which produces his talk radio show, was paid $11.3m for production services.”

“Sekulow also personally received other compensation totalling $3.3m. Pam Sekulow, his wife, has been paid more than $1.2m in compensation for serving astreasurer and secretary of Case.”

“Sekulow’s brother, Gary, the chief operating officer of the nonprofits, has been paid $9.2m in salary and benefits by them since 2000. Gary Sekulow has stated in Internal Revenue Service (IRS) filings that he works 40 hours per week – the equivalent of a full-time job – for each of the nonprofits. Filers are told to specify if any of the hours were spent on work for “related organizations”. He does not.”

“Meanwhile, a company run by Gary’s wife, Kim Sekulow, has received $6.2m since 2000 in fees for media production services and for the lease of a private jet, which it owned jointly with Jay Sekulow’s company Regency Productions. The jet was made available for the use of Jay and Pam Sekulow, according to corporate filings.”

“Jay’s two sons, and Gary’s son and daughter, have also shared at least $1.7m in compensation for work done for the nonprofits since 2000.”

“Federal law bars insiders at a nonprofit from receiving “excess benefit”, which is defined as payment exceeding the fair market value for goods or services the insider provides. If the IRS finds that an excess benefit has been paid, the recipient may be fined 200% of the benefit’s value, and the nonprofit could be stripped of its valuable tax-exempt status.”

“I can’t imagine this situation being acceptable,” said Arthur Rieman, managing attorney at the California-based Law Firm for Nonprofits. “That kind of money is practically unheard of in the nonprofit world, and these kinds of transactions I could never justify.”

The way Sekulow’s nonprofits are set up may obscure how much money goes to his family, according to some experts.”

“The organizations should be merged to avoid confusion,” said Borochoff of CharityWatch.

“In addition to receiving payments for salaries and contracts, the Sekulows have also entered into a series of unusual financial agreements and property deals with their own nonprofits.”

In one arrangement, Case paid a company owned by Jay Sekulow to sublet office space from 1998 to 2002. The location was not publicly identified but in corporate filings during that period both Case and the company cited the same suite in an industrial park in Lawrenceville, Georgia, as their headquarters. 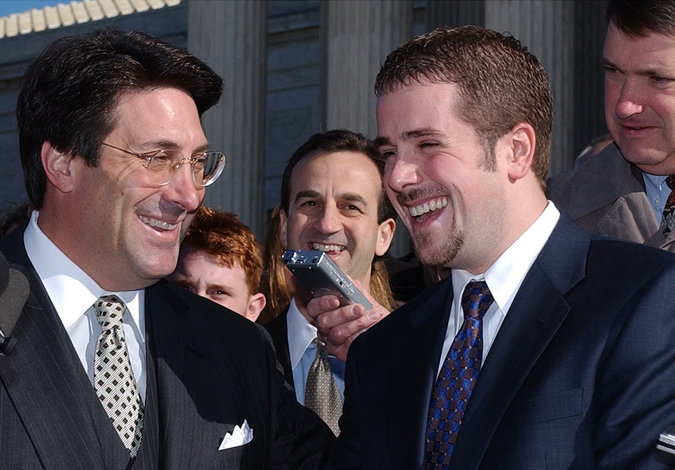 “Case said in a government filing that the sublet deal was “based on fair market rate”. The then owners of the building told the Guardian that Sekulow’s company paid them $7,700 per month to rent the space, totalling $462,000 for the entire five-year lease. But previously unreported Case accounts say the nonprofit paid Sekulow’s company more than $700,000 for the sublet, attributing some of this total to telephone and utility bills.”

“In another deal, Sekulow’s wife Pam, Case’s treasurer and secretary, bought a “retreat property” in NC from Case in 1998 with help from a $245,000 loan out of the nonprofit’s funds. The Case board, controlled by her family, then decided to forgive $217,742 of what Pam owed and count this as compensation, the previously unreported accounts say.” 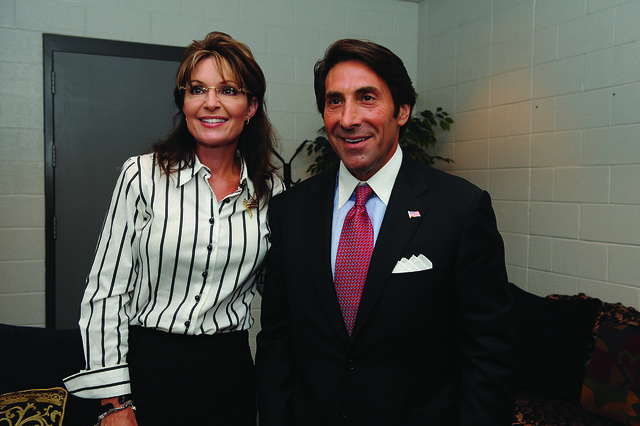 “Having taken control of the property, the Sekulows then remortgaged it at market value, and continue to own it. Case said in the accounts that the house sale to Pam Sekulow “represented estimated fair market value”.

“Case separately loaned Jay Sekulow $209,968 in 1999. Over the following years, the Case board voted to forgive $211,305 of the loan and interest payments – more than the original amount Sekulow had borrowed – and classify all this as compensation.”

“These forgiven loan repayments were detailed each year in Case’s audited accounts, but were usually not listed in its annual “form 990”, a disclosure document that all tax-exempt organizations must file to the IRS and which is more readily available to the public.” 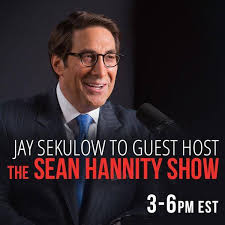 “In 2004, the Case board also wrote off $769,143 that it was owed by Amerivision, an Oklahoma-based firm selling telephone services where Jay Sekulow was a director. Amerivision had recently declared bankruptcy. Despite suffering such a loss from the relationship, Case lent Amerivision another $187,500 in 2005. The Case board further agreed to accept “donated equipment” from a production company owned by Sekulow instead of the $43,402 that company owed.”

Legal experts said the arrangements raised questions. “While I can’t comment on the specific legality here, there certainly does appear to be an unusual number of related-party transactions,” said Jeffrey Tenenbaum, a Washington-based attorney who represents nonprofits. “Generally speaking, that would usually create significant risk of private inurement and impermissible private benefit.”

Attorneys said that in anticipation of questions being raised by any potential IRS audit, Case should have retained documentation justifying their expenditures, such as salary surveys, property appraisals and competitive bids for contracts.