“We the People” have the constitutional right to be able to vote without undue obstacles, put in our way, to block some of us from exercising this precious right. It appears that republican lawmakers and their allies have been specifically designing strategies to do just that.

When the republican President Donald Trump and his administration should be acting to protect out states’ voting systems from foreign manipulations, as the former head of the Department of Homeland Security, Jeh Johnson described in his June 2017 testimony before the US Congress when he described Russia’s attempts to attack 21 US states’ voting data for nefarious purposes, they are in the process of attempting to cut off funding from the very office which is designated to address this problem.

Let’s look at the voting landscape from the view of the republicans, especially those catering to the alt-right, the Evangelical and the wealthy voters. Their future looks bleak because of changing demographics and they are well aware of this future dismal landscape.

I even believe that the republicans’ current dance with rural voters will end abruptly, once those decision makers in the Democratic Party start focusing on their needs like raising the minimum wage scale, lowering their taxes, assisting their families with access to affordable high quality day care facilities, with helping their young adults to be able to earn a decent college education without incurring mortgage sized loans; offering re-education so that workers can get higher paying jobs, etc., etc., etc.

The below described strategies are designed to fix this future problem as perceived by republicans, otherwise this Trump era is the last hurrah of a lot of grumpy old men whose vision of the past is based on a fantasy that has no basis in reality.

On June 30, 2017, Ari Berman of The Nation penned the following report, “The Trump Administration Is Planning an Unprecedented Attack on Voting Rights.”

1. “The House Appropriations Committee voted to defund the Election Assistance Commission, the only federal agency that helps states make sure their voting machines aren’t hacked. The House Administration Committee previously voted to kill the EAC in February, but yesterday’s vote makes it one step closer to reality—practically inviting Russia to try to hack our elections again. Russian hackers targeted election systems in 21 states in 2016, according to intelligence officials. The $4 million funding request for the EAC is less than the cost of two trips by Donald Trump to Mar-a-Lago.”

2. “The Department of Justice sent a letter to all 50 states informing them that “we are reviewing voter registration list maintenance procedures in each state covered by the NVRA [National Voter Registration Act]” and asking how they plan to remove voters from the rolls. “Let’s be clear what this letter signals: DOJ Civil Rights is preparing to sue states to force them to trim their voting rolls,” tweeted Sam Bagenstos, the former deputy assistant attorney general for civil rights in the Obama administration. There’s a very long and recent history of Republican-controlled states’ purging their voting rolls in inaccurate and discriminatory ways, and it’s especially serious when the Department of Justice forces them to do it.”

3. “The White House commission on election integrity, led by vice chair Kris Kobach, also sent a letter to 50 states asking them to provide sweeping voter data including “the full first and last names of all registrants, middle names or initials if available, addresses, dates of birth, political party (if recorded in your state), last four digits of social security number if available, voter history (elections voted in) from 2006 onward, active/inactive status, cancelled status, information regarding any felony convictions, information regarding voter registration in another state, information regarding military status, and overseas citizen information.”

“While Kobach asked for “publicly-available voter roll data,” much of this information, like someone’s Social Security number or military status, is, in fact, private.”

“Kobach has a very well-documented record of making wildly misleading claims about voter fraud and enacting policies that sharply limit access to the ballot (Kansas). He’s been sued four times by the ACLU for voter suppression and was sanctioned by a federal court last week for “deceptive conduct and lack of candor.”

4. “The Trump administration named Hans von Spakovsky of the Heritage Foundation as a member of the commission, who’s done more than anyone other than Kobach to spread the myth of voter fraud and enact suppressive policies. Von Spakovsky was special counsel to the Bush administration’s Assistant Attorney General for Civil Rights Brad Schlozman, who said he wanted to “gerrymander all of those crazy libs right out of the [voting] section.” It was a time when longtime civil-rights lawyers were pushed out of the Justice Department  and the likes of Schlozman and von Spakovsky reversed the Civil Rights Division’s role of safeguarding voting rights.”

“When von Spakovsky was nominated to the FEC, six former lawyers in the voting section called him “the point person for undermining the Civil Rights Division’s mandate to protect voting rights.” My favorite example of von Spakovsky’s ethical lapses is the fact that he published an article praising voter-ID laws under the pseudonym “Publius” at the same time he was in charge of approving Georgia’s voter-ID law at DoJ.”

“All four of these actions would be disturbing on their own, but taken together they represent an unprecedented attack on voting rights by the Trump administration and Republican Congress. The actions by Kobach, in particular, appear to mark the beginning of a nationwide voter-suppression campaign, based on spreading lies about voter fraud to justify enacting policies that purge the voter rolls.” 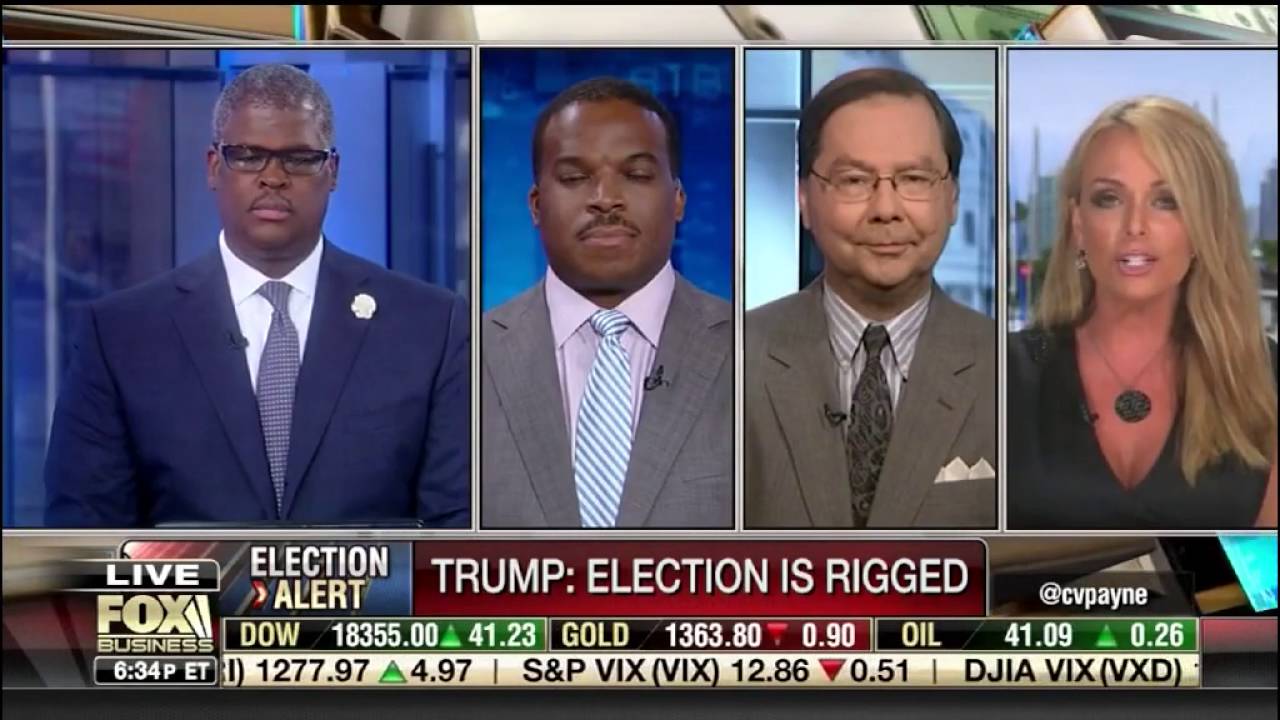 “How would Kobach use this data? Look at his efforts in Kansas. His Interstate Crosscheck program compares registration lists among states to search for double voting, but because it uses very rudimentary data—only voters’ first and last names and date of birth—it generates thousands of false matches, leading to misleading claims about the prevalence of double voting that results in legitimate voters being removed from the rolls. Academics have found that Crosscheck could lead to 200 voters’ being wrongly removed from the rolls for every double vote found. Look at what happened when Virginia used the program in 2013, as I reported in my recent New York Timesmagazine profile of Kobach:”

In 2013, after Virginia joined Crosscheck, and in the midst of a hotly contested governor’s race, the state board of elections sent counties a list of more than 57,000 voters to purge because they were supposedly registered in other states. The data was littered with errors: Lawrence Haake, then the registrar in Chesterfield County, told The Richmond Times-Dispatch, “We do need an interstate checking mechanism, but I’m not real impressed with this one.”

“Right now 32 states are part of Crosscheck. If Kobach got voter data from all 50 states, he could run the program nationwide, leading to thousands of false cases of double voting, voters’ being wrongly purged from the rolls, and erroneous prosecutions for voter fraud.” 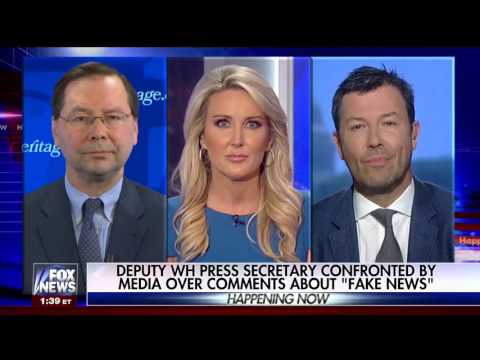 “Kobach has used similarly dubious means to argue that registration and voting by noncitizens is “pervasive” and to justify Trump’s debunked claim that 3 million to 5 million people voted illegally. But although Kobach is the only secretary of state in the country with the power to prosecute voter-fraud cases, he’s convicted only one noncitizen of illegally voting in Kansas. That’s probably because it makes no sense that a noncitizen would vote illegally and risk deportation from the United States.”

Kobach has already said that he plans to compare voter lists with government databases of noncitizens—another reason he needs the data from states—even though such databases are not designed for that purpose, as I also reported:

The Trump commission marks a major step forward in Kobach’s efforts to nationalize his restrictions on voting. He’ll have a presidential bully pulpit and access to government resources that weren’t previously available, such as a nationwide database that includes noncitizens that could be run against state voter rolls to generate new allegations. But that Systematic Alien Verification for Entitlements database does not automatically reveal the status of immigrants who become U.S. citizens, which means thousands of noncitizens who are subsequently naturalized could mistakenly be tagged as illegal voters.

“Why does he want to do this? By making voter fraud seem rampant, he can build support for policies like requiring documentary proof of citizenship to register to vote, which has blocked one in seven Kansans from registering since 2013. Nearly half of them are under 30. Kobach says he wants to see proof-of-citizenship laws and similar voting restrictions adopted in every state.”

“Let’s be clear what’s happening: Republicans have no desire to prevent another hack from Moscow, but they are dead set on limiting voting rights at home.”