aside Russian And Other Players Behind June 9, 2016 Donald Trump Jr.’s Controversial Meeting

As “we the people” learn more about the June 9, 2016 meeting at the Trump Towers between Donald Trump Jr., Jared Kushner, Paul Manafort and the Russian government lawyer, Americans have been introduced to four new characters in the ever evolving Trump-Russia saga.

But there is a fifth person of some import in the continuing Trump-Russian sage. In the June 3, 2016 email from Rob Goldstone to Donald Trump Jr., there is a reference that Mr. Goldstone could copy the Dad via his confidential secretary for 30 years, Rhona Graff. Over the years, she has earned the reputation as Mr. Trump’s gatekeeper who is extremely loyal. This is still true, even though she had remained behind in New York.

The new players are the Russian government lawyer, Natalia Veselnitskaya, British publicist for Russian pop star, Rob Goldstone, the Russian billionaire real estate oligarch, Aras Agalarov and his pop star son, Emin Agalarov, along with Rhona Graff.
The New York Times (jJuly 2017) has published several blockbuster reports about the June 2016 meeting, exposing the fact that the  Trump family was more than willing to work with the Russian government to help Donald Trump win the prize of the US presidency.
After the New York Times contacted Donald Trump Jr. on Tuesday (7/11/17) to confirm its pending story, he released what he described as the full email chain between him and Rob Goldstone, the British publicist who set up the June 9, 2016 meeting.

Here is the rest of the story along with details on the 4 players and the fifth who may be called on, to testify about this 6/9/16 gathering...
On July 11, 2017, Ivan Watson, Barbara Arvanitidis and Darya Tarasova of CNN penned the following rreport, “Trump’s web of Russian ties grows with Miss Universe links.”
Excerpts:
“The emails largely confirmed a New York Times story from Monday (7/11/17) that said Trump Jr. was told before the meeting that Veselnitskaya was linked to the Kremlin and had damaging information about Hillary Clinton that came from the Russian government.
Trump Jr. published the emails only after the New York Times had obtained them and reached out to Trump Jr. for comment on Tuesday (7/11/17).”

“Russian lawyer Natalia Veselnitskaya denied to the New York Times that she had links to the Kremlin.”
“Donald Trump Jr. says he was first introduced to Veselnitskaya on the day they met in New York, on June 9, 2016.”
“Veselnitskaya is a Russian national who actively lobbied internationally against the Magnitsky Act, a law passed in 2012 that targeted Russians implicated in corruption and human rights abuses.”
“The law imposed sanctions and banned some Russians from entering the US or using US banking systems.”
“In a tit-for-tat response to the Magnitsky Act, the Russian government banned the adoption by US families of Russian children.”
“Veselnitskaya is the founder of a non-governmental organization called the Human Rights Accountability Global Initiative Foundation.”
“The group’s website, most of which is still under construction, mentions the Magnitsky Act and says the organization “is dedicated to overturning the Russian adoption ban.”
Veselnitskaya also represented a Cyprus-based holding company, Prevezon, which was targeted by US prosecutors under the Magnitsky Act in connection with alleged tax fraud worth $230 million.”

“In May 2017, Prevezon settled the case with NY prosecutors after agreeing to pay a $5.9 million. In the settlement, Prevezon and its business associates did not acknowledge any wrongdoing and the government agreed to “release” them all from any future lawsuits.”
“Finally, Veselnitskaya traveled internationally promoting a documentary film that denounced the Magnitsky Act and the whistle-blower who inspired the legislation, according to media reports.”
“The New York Times had depicted Veselnitskaya as a Kremlin-linked lawyer, but she has insisted she has no ties to the Russian government. Kremlin spokesman Dmitry Peskov also denies any government links with Veselnitskaya.”
“In an interview with NBC, the lawyer confirmed the meeting took place and said it was aimed at discussing US sanctions on Russia.”
“I never had any damaging or sensitive information about Hillary Clinton. It was never my intention to have that,” Veselnitskaya said.”
“It is quite possible that maybe they were longing for such an information. They wanted it so badly that they could only hear the thought that they wanted,” she told NBC, according to a translation.” 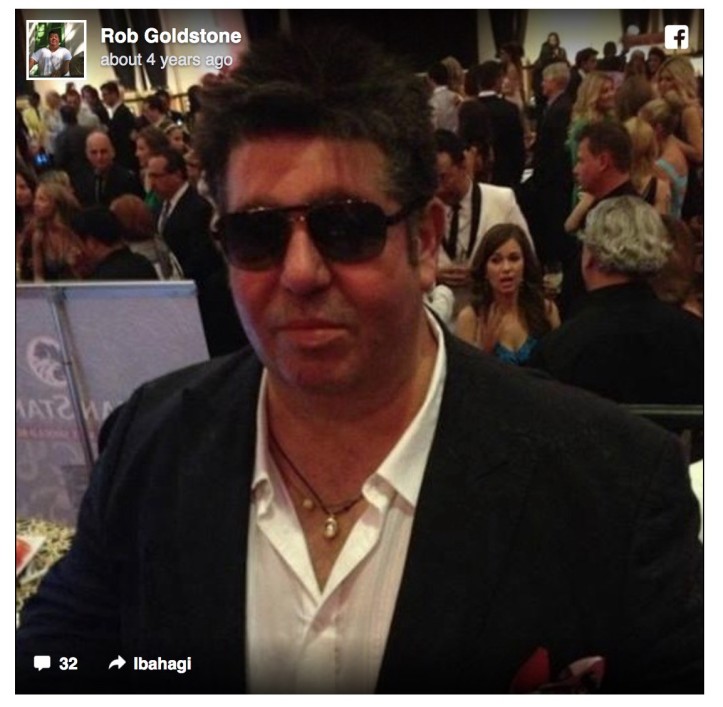 “Rob Goldstone says his client, Russian popstar Emin Agalarov, asked him to facilitate the controversial meeting.Trump Jr.’s meeting with Veselnitskaya was organized with help from Rob Goldstone.”
“Born in Britain, Goldstone is a former journalist and former marketing executive in the music industry. A biography of Goldstone on the Miss Universe website lists him as the founder of Oui 2 Entertainment, a company that describes itself on social media as a “boutique company offering PR, event planning and music management services.”

“Goldstone is listed as a judge in the Miss USA pageant contest, which was owned for years by Donald Trump. According to his biography on the Miss USA website, Goldstone’s previous clients include Michael Jackson, B.B. King and Richard Branson.”
“A post on Goldstone’s Facebook page on June 9 last year — the day of the meeting — shows the publicist checking in to Trump Tower in New York. The post reads: “Preparing for a meeting.”
“A photograph on his Facebook account shows Goldstone at a table with at least 12 others, including his Azerbaijani pop star client, Emin Agalarov, to his left, and President Trump on the next seat over. According to the post, the photograph was uploaded on June 16, 2013, in Las Vegas.”
“In a statement to CNN, Goldstone said he was asked by Agalarov to help facilitate the meeting between Veselnitskaya and Trump Jr.”
“Goldstone went on to say “the lawyer had apparently stated she had some information about illegal campaign contributions to the DNC (Democratic National Committee) which she believed Mr. Trump Jr. might find important,” he said.”
“Veselnitskaya denied this in her NBC interview, saying that Trump Jr. had asked her if she had evidence of such contributions.”
“She told NBC that “it was never my intention to collect any financial records to that end.”
Emin Agalarov 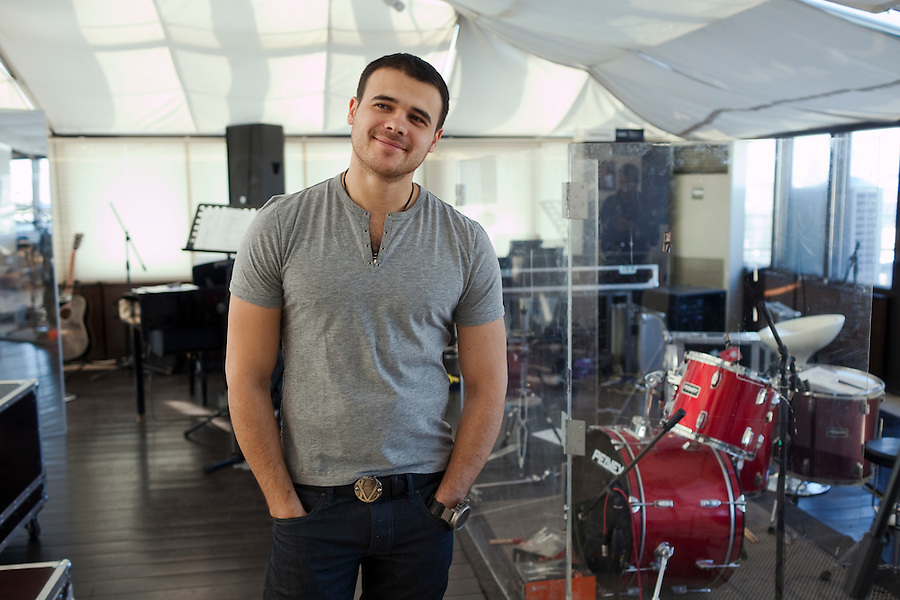 “Pop singer Emin Agalarov boasted about his close ties to the Trump family on Russian state television.”
“Emin Agalarov is a Russian-Azerbaijani pop star and the son of a billionaire oligarch. He lives in Russia, and he sings in Russian and English. He tours under his first name.
He is also a business partner and friend of the Trump family and according to his publicist Goldstone, it was Agalarov who requested the controversial meeting between Trump Jr. and Veselnitskaya be arranged.”
“Before his election, President Trump took part in a video clip for one of Agalarov’s songs, in which the pop star daydreams at a board meeting about cavorting with Miss USA beauty pageant contestants, only to be woken up by Trump at the head of the table, in a spoof of “The Apprentice.”

“You’re just another pretty face, I’m really tired of you. You’re fired!” Trump says.
According to Agalarov’s website, he “was the first person ever to persuade Donald Trump to appear in a music video.”
“That project also dates back to the 2013 Miss Universe pageant, which Trump brought to Moscow with the help of Agalarov and his father.”
“Another video posted by Emin’s official account in 2014 includes birthday wishes from Trump to the singer.”
“Emin, I can’t believe you’re turning 35,” Trump says, sitting at his desk in Trump Tower. “But you’re a winner. You’re a champ. You’re great in real estate. And boy can you entertain.”
Days after Trump won the 2016 election, Agalarov boasted about his close ties to the Trump family in an interview with Russian state television.”
“He said in the November 12, 2016 broadcast that Ivanka Trump was in his office two years earlier (2014) to discuss a Trump Tower project in Russia.”
“I met many times with the sons, Eric and Donald. We message each other constantly,” he added. In addition to his singing career, Agalarov is listed as the first vice president in Crocus Group, a real estate development company led by his father, Aras Agalarov.”
“Aras Agalarov is the president of Crocus Group, which organized the 2013 Miss Universe pageant.”
“The Azerbaijan-born billionaire Aras Agalarov is the patriarch of the family and president of Crocus Group.”
“In 2013, Putin awarded Agalarov with the Order of Honour, an accolade presented to Russians whose achievements in their field are extraordinary.”
“Crocus Group describes itself on its website as a leading development company in Russia with more than 4 million square meters of developed property.”
“Crocus’s stated portfolio includes shopping malls, working as a general contractor for stadiums in the 2018 FIFA World Cup and several Nobu restaurants in Russia.”
“Crocus was also the organizer of the 2013 Miss Universe pageant in Russia. The Washington Post reported that Agalarov paid Trump between $14 million and $20 million to stage the pageant in Moscow.”

@AgalarovAras I had a great weekend with you and your family. You have done a FANTASTIC job. TRUMP TOWER-MOSCOW is next. EMIN was WOW!

Twitter Ads info and privacy
“On November 13, 2013, Trump tweeted a message to Agalarov praising the family, with whom he said he had spent a weekend.”

Rhona Graff
Before Trump was elected president, Rona Graff had worked as the gatekeeper to Trump Tower for nearly thirty years.

Although Trump’s official arrangements are managed by the White House, Ms. Graff has remained an important conduit for high-profile people who need to contact her boss outside of his regular hours.

On Tuesday (6/11/17), Trump’s eldest son Trump Jr. tweeted what he claims to be the full text of his emails with music publicist Rob Goldstone, who arranged his meeting with the Russian government lawyer who potentially could help with  the obtaining of damaging information on the then democratic presidential candidate, Hillary Clinton.

Rob Goldstone sent a 6/3/16 email to Donald Trump Jr. with the wording, “I can also send this info to your father via Rhona, but it is ultrasensitive so wanted to send to you first.” According to Politico, Graff handles almost all of Trump’s meetings at his Mar-A-Lago resort and regularly carves out chunks of time for those that Trump deems important.”