These are are the sources that I have been using beyond the staples.  I believe in sharing.

As per Law.com, “The lawsuit, filed Wednesday, (July 12, 2017)  n the U.S. District Court for the District of Columbia, was organized by the nonprofit Protect Democracy. The lawsuit which is 46  pages long is a great cliff notes narrative of the Trump-Russian saga.

The US intelligence community’s made public its 14 page report which depicts Russian interference, unprecedented in scale, saying that Moscow’s assault represented “a significant escalation in directness, level of activity, and scope of effort” beyond previous election-related espionage schemes.

Here are 76 of Donald Trump’s many campaign promises

NOTE: I view with a skeptical eye the Seth Abramson source, the 35 page Christopher Steele dossier, the Boring’s Bryan E. Frydenborg and Jean Camp data because I have not been able to confirm all their assertions. While I can’t verify everything asserted in the following resources, new facts which are coming into the public view by July 2017, matches what a good portion of what has been written.

Follow by twitter the Seth Abramson thread for everything you ever wanted to know about the Trump-Russian saga. See: Seth Abramson on Twitter: “(MEGA-THREAD) Here’s everything we ...https://twitter.com/sethabramson July 10, 2017

“A Brief History of the First Russo-American Cyber War,”

The Domestic Conspiracy That Gave Trump the Election is in Plain Sight,”

On January 10, 2017 BuzzFeed News published the 35 page dossier compiled by the ex-MI6 agent with Russian contacts, first at the behest of republicans and then democrats for opposition research against Donald Trump. This document of data by Christopher Steele was then shared with the FBI around the summer of 2016 Ever since BuzzFeed took this step, the company has been under suit. With the caveat that only some assertions have  been verified by the US IC community, here is the full document.

Jean Camp Here is data that consists of DNS look-ups and public information about Trump email server and Alfa bank. The author believes it indicates a nexus of communication worthy of further investigation. It also appears to be human interaction, based on timing. (Possible coordination between Russian and US contact for targeted election data)

NOTE: Beware of data from news sources with a high “Fake News” content from both the left and the right. For example, from the right, there are the popular sources of Breibart and InfoWars, and from the left, there are the sources of Scott Dworkin of the Palmer Report and Louise Mensch of Patribotics, all of which traffic in “fake news.” All of these sites have a huge following from both the right and the left.

From the left, Louise Mensch garnered a lot of attention because she had one legitimate scoop, reporting in November  2016 that the FBI had been granted a warrant to watch email traffic between the Trump Organization and two Russian banks before her competitors.

According to the May 19, 2017 VOX report, by Zach Beauchamp,  “Democrats are falling for fake news about Russia,” “Another post (by Louise Mensch) allegedly based on “sources with links to the intelligence community,” claimed that Trump, Mike Pence, and Paul Ryan were all going to be arrested on racketeering charges against “the Republican party” owing to collaboration with Russia.”

“Senator Orrin Hatch of Utah, who was the ‘Designated Survivor’ at the inauguration of Donald Trump (yes, really) is likely to become President,” Mensch writes.”

“She’s also suggested that Anthony Weiner was brought down as part of a Russian plot to put the Clinton emails back in the news:

I can exclusively report that there is ample evidence that suggests that Weiner was sexting not with a 15 year old girl but with a hacker, working for Russia, part of the North Carolina hacking group ‘Crackas With Attitude’, who hacked the head of the CIA, and a great many FBI agents, police officers, and other law enforcement officials.”

And that the protests against police brutality in Ferguson were secretly a Russian plot:

That’s because you, Russia, funded riots in Ferguson. See 0 hour I have your connections to Trump archived via Schiller and Scavino https://twitter.com/repfunder/status/850948424560193536 … 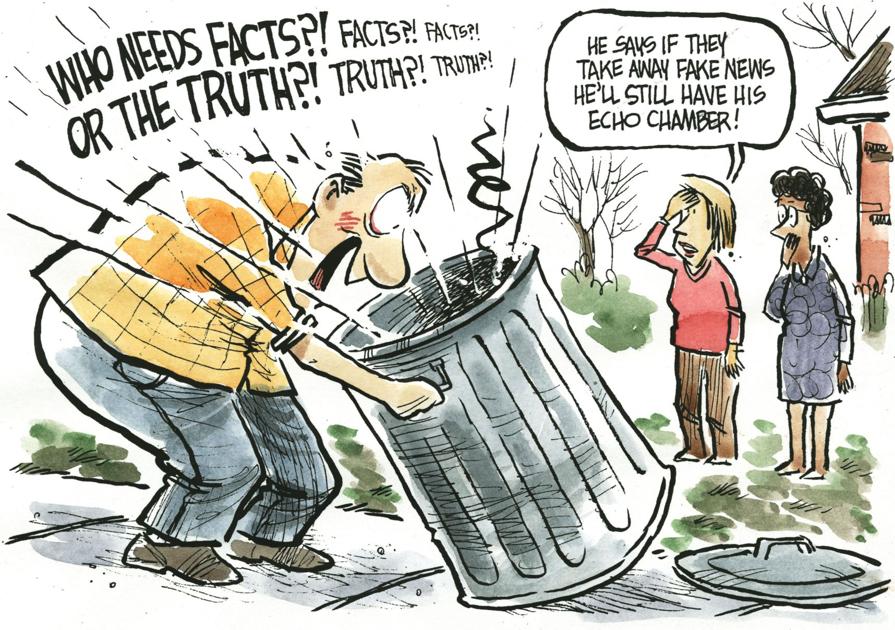 “Mensch is quite combative with the press. When I asked her to email me for this piece, she refused and called me a “dickhead.” But she’s backed up by an array of different figures, who spend a lot of time swapping ideas on Twitter.”

“Members of the Russiasphere (Fake news) see themselves as an essential counter to a media that’s been too cautious to get to the bottom of Trump’s Russian ties.”

“There’s good evidence that the Kremlin was planning a secret operation to put Trump in the White House back in 2014,” Schindler told me. “With a few exceptions, the MSM [mainstream media] hasn’t exactly covered itself in glory with Kremlingate. They were slow to ask obvious questions about Trump in 2016, and they’re playing catch-up now, not always accurately.”

“Experts on political misinformation see things differently. They worry that the unfounded speculation and paranoia that infect the Russiasphere (Fake news) risk pushing liberals into the same black hole of conspiracy-mongering and fact-free insinuation that conservatives fell into during the Obama years.”