aside Background of Eight Person At The June 9, 2016 Tower Trump Meeting

“In a a nine-month inquiry that subpoenaed bank records, the investigators found that an unknown number of Russians and other East Europeans moved more than $1.4 billion through accounts at Citibank of New York and the Commercial Bank of San Francisco.”

“The accounts had been opened by Irakly Kaveladze, who immigrated to the United States from Russia in 1991, according to Citibank and Kaveladze. He set up more than 2,000 corporations in Delaware for Russian brokers and then opened the bank accounts for them, without knowing who owned the corporations, according to the report by the General Accounting Office, which has not been made public.”

“The report said the banks had failed to conduct any “due diligence” into identifying the owners of the accounts.”

(Around November 2000), “Citibank sent a 15-page letter to the GAO, saying that it had closed the accounts after being contacted by GAO investigators earlier this year.”

“It is clear in hindsight that our systems and tracking procedures were not sufficient to detect the nature and extent of his relationship with us,” the bank said, referring to Kaveladze. The letter, signed by the general counsel, Michael Ross, for the Global Consumer Business at Citigroup Inc., Citibank’s parent, went on: “Given enhancements to our systems and procedures, we are confident that we would detect questionable activity and take action more promptly should a similar situation arise today.”

“The bank said outside counsel had been brought in to review the matter after being alerted by the GAO, and that “no illegal activity in the Kaveladze related accounts” had been found.”

In an interview, Kaveladze said he had engaged in no wrongdoing. He described the GAO investigation as “another Russian witch hunt.”

“The GAO report said nothing about the sources of the money. In view of past investigations into laundering, this wave was highly likely to have arisen from Russian executives who were seeking to avoid taxes, although some money could be from organized crime.”

“More than $800 million was wired from abroad to 136 accounts that Kaveladze opened at Citibank for Russian clients, and most of that was then sent to overseas accounts, said the report, which was provided to The New York Times by government officials who want to see its findings receive maximum exposure. “The report is to be released “(in November 2000).

“About $600 million moved through the Commercial Bank, the investigation found.” 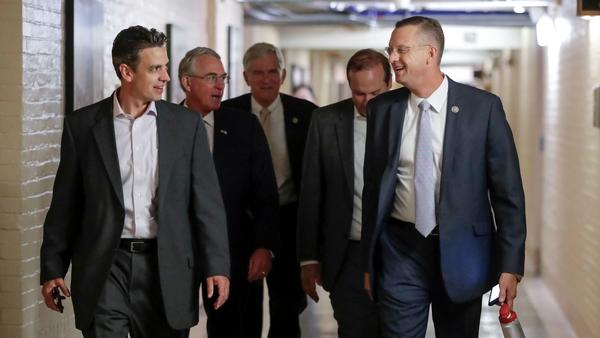 At one time, Kaveladze helped some 50 Russian nonresident aliens obtain Citibank credit cards, and each of them used the address for one of Kaveladze’s companies, International Business Creations, Citibank told the GAO in its letter Tuesday.

The inquiry was sought in February (2000) by Democratic Senator Carl Levin as part of his inquiry into laundering by U.S. financial institutions. “We routinely and legitimately criticize foreign countries that allow the creation of corporations with secret ownership for the purpose of hiding money,” Levin said. Yet, he added, some U.S. states including Delaware, let companies incorporate without disclosing owners and officers, and that allows “the establishment of a private corporation that can be used for money laundering.”

Crustyolemothman has sent me another reference which linked to Mr. Kaveladze’s blog where it states the following:

Since 2004, Ike Kaveladze has been the Vice President of the Moscow-based Crocus Group, which is responsible for the large-scale shopping development known as Crocus City. Ike Kaveladze holds responsibility for a variety of operational aspects, including investment procurement, tax planning, and loan portfolio and project management. Overseeing developments that include entertainment complexes, hospitality properties, and shopping destinations like Crocus’ 24-hour, do-it-yourself superstore Tvoy Dom, Mr. Kaveladze facilitates projects across the broad expanse of Russia.

The below information was copied from Mr. Kaveladze blog…

Ike Kaveladze began working for Crocus Group as an analyst in 2004. His early contributions to the company were significant, and within five years, Crocus Group management promoted him to the position of Vice President. In that capacity, in 2011 Ike Kaveladze renegotiated a multi-million dollar loan portfolio for a lower interest rate, saving the company tens of millions of dollars annually.

Before working with the Crocus Group, Ike Kaveladze attended Moscow Academy of Finance. He later earned his Master of Business Administration from the University of New Haven in Connecticut.

Along with his professional life, Ike Kaveladze enjoys soccer and photography. He also maintains active community and philanthropic involvement, volunteering for Moscow Regional School for Blind Children and donating to Save the Children, as well as a Russian hospice.

The following is from Mr. Ike or Irakly  Kaveladze’s blog under the link, slideshare.

“Mr. Kaveladze recently renegotiated Crocus’ $550 million loan portfolio, resulting in a net annual interest savings of $20 million. Ike Kaveladze’s responsibilities pertaining to Crocus’ international development projects include securing and structuring project investments, and negotiating with Chinese and other international contractors. One such project is the construction of the largest institution.”