aside Why Republicans Are Willingly Following President Trump Off A Cliff

“We the people” have been disconcerted, frustrated, even downright angry as we watch day after day, the republican legislators enabling and covering for the republican President Donald Trump despite signs that he may very well have colluded with an adversarial country, Russia to assist him in winning the presidency in 2016; his habitual challenge with the truth, his embarrassing gaffes, tweets, actions that have to be causing them major cases of heartburn.

We who are part of the resistance, the non Trump voters have been trying to figure out what appears to be so inexplicable. If the shoes were reversed and a democratic president was in the White House, we know with a certainty that these same republicans would be calling for more aggressive congressional investigations and impeachment plans would be already be on the table. Outrage would would be amplified throughout the land. 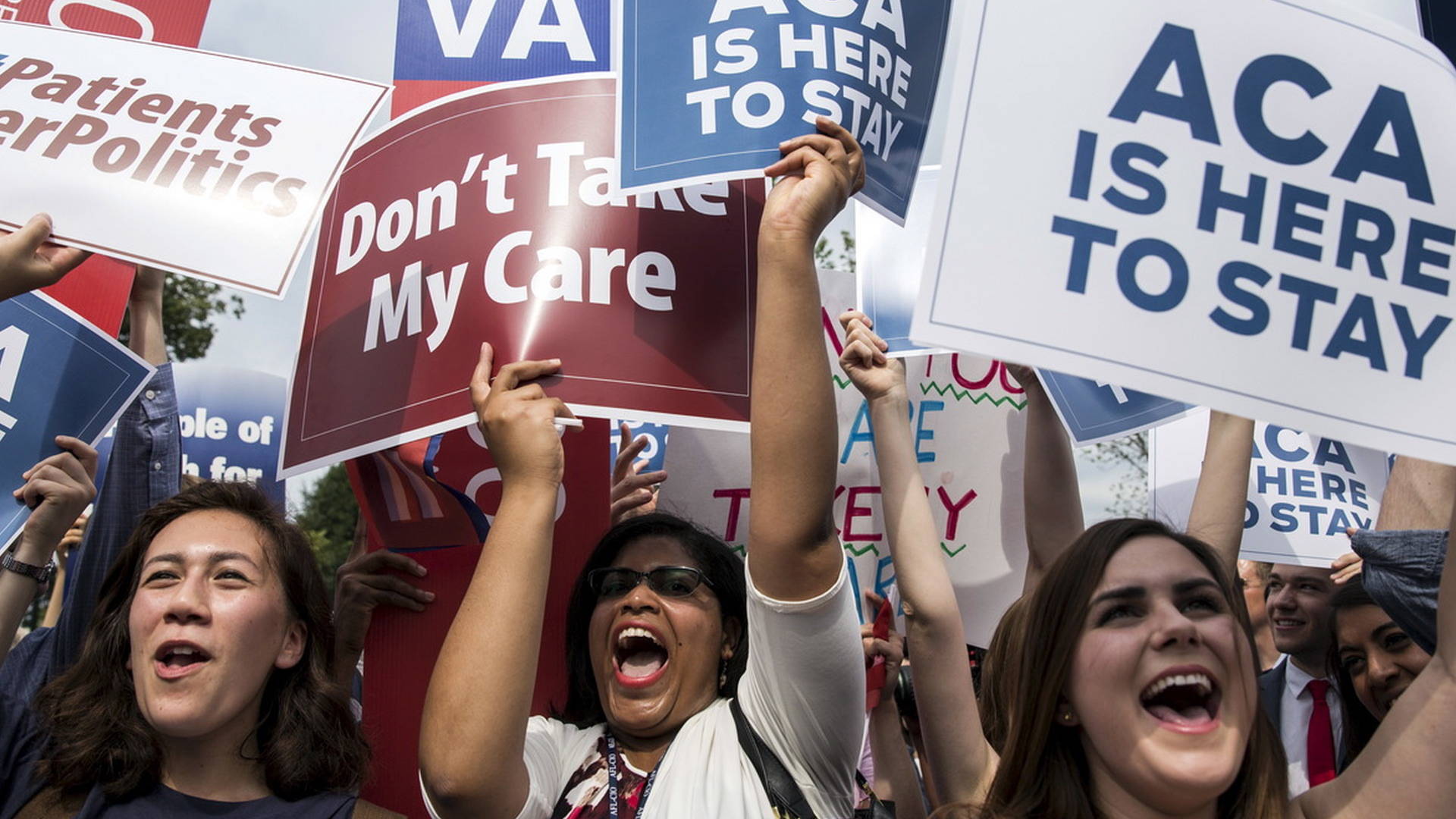 The details below help to explain why the US House Speaker Paul Ryan has been delaying the passage of the US Senate bill which was passed mid- June 2017 with overwhelming bi-partisan support (votes were 98 to 2) and which bars the president from arbitrarily lifting sanctions previously imposed on Russia without prior congressional approval.

SOUND THE ALARMS! THOSE IN THE RESISTANCE, PLEASE CONTACT YOUR US HOUSE REPRESENTATIVES AND THE HOUSE SPEAKER PAUL RYAN TO DEMAND PASSAGE OF THE SENATE’S BAN BARRING THE LIFTING OF RUSSIAN SANCTIONS WITHOUT PRIOR  APPROVAL FROM CONGRESS

Why is this important?

News outlets are reporting that the president’s administration, is close to handing back to Russia 2 diplomatic compounds, near New York City and on Maryland’s Eastern Shore, from which its officials were ejected in late December as punishment for Moscow’s interference in the 2016 presidential elections.

What happened to their duty to protect “we the people” and our national security interests?

On July 18 2017, Paul Waldman of Reuters penned the following opinion piece, “Commentary: “Seven is the number that explains why Congressional Republicans won’t turn on Trump.”

“The reality TV star in the West Wing keeps tweeting sexist comments and making other gaffes that embarrass Republicans and make their jobs harder. This month’s shocking series of revelations that Donald Trump, Jr. eagerly met with a representative of the Russian government to check out Russian opposition research on Hillary Clinton has led pundits to suggest this may be the point at which Republicans on Capitol Hill begin turning against the president.”

But, as Republicans have already demonstrated by saying as little as possible about Trump, Jr.’s actions, they will stand by their president no matter how stupid, childish, or even unpatriotic his behavior. For at least as long as they have made a habit of hamstringing the economy with pointless government shutdowns and threats to breach the debt ceiling, Congressional Republicans have made it clear they will follow their base anywhere, even off a cliff.”

“To Democrats and many independents, that’s hard to understand. Hasn’t Trump already done enough, even if the Russia scandal doesn’t get worse (which it looks like it will)? His approval ratings are in the gutter, his White House is a mess, America’s image abroad has cratered, and who knows what catastrophe he’ll cause next. It seems self-evident that any Republican who separates herself from him now will be rewarded by history.”

“But to understand why nearly every elected Republican will stick by Trump, you have to put aside the broad national view and questions of principle. No matter how far he falls, the self-interest of Republican politicians pushes them toward swallowing their objections and lining up behind him. It’s why unless some truly spectacular crimes are revealed – and maybe even not then – there will never be more than a handful of Republicans who will oppose the White House on anything, let alone consider beginning impeachment proceedings.”

“Most of us see politics as a grand contest between parties and nationally-known figures. Politicians who want to keep their jobs have to think much smaller. So imagine you’re a Republican member of Congress from Kansas or Idaho or Alabama. Trump won your district by 25 points, and you barely had to campaign against your token Democratic opponent. Fox News and Rush Limbaugh play from the speakers in every diner and gas station in your district. The folks you talk to back home may have some misgivings about one thing or another that the administration is doing, but they are united in their hatred of liberals, Democrats, and the mainstream national media.”

That’s why the only real political danger you worry about is a primary challenge from the right. You know that while Trump’s approval ratings rarely break 40 percent, his approval among Republican voters is still around 85 percent. When Trump said, “I could stand in the middle of Fifth Avenue and shoot somebody and I wouldn’t lose any voters, okay?” he wasn’t far off. After all, he won the presidency after bragging that he sexually assaults women, insulting John McCain’s heroic Vietnam War service and getting in a nasty squabble with the family of a soldier who died in Iraq. And the Republicans who vote in primaries tend to be even more conservative than Republican voters overall.”

Some version of that story describes most Republicans in Congress. The Cook Political Report, which handicaps congressional races, lists seven GOP-held House seats as toss-ups for 2018, another 21 as leaning Republican, and a further 22 as likely Republican. That makes 50 Republican House members out of 240 who have something to worry about when it comes to the general election, even in a year that promises to be highly unfavorable to them. But even the ones who are vulnerable know that since only about a third of eligible voters cast ballots in midterm elections, their fate largely depends on the balance of Republicans and Democrats who decide to go the polls. They have nothing to gain by standing up to the president.”

“But they have a lot to lose if they alienate their own base. Just ask Eric Cantor, the staunchly conservative former House Majority Leader. Despite his assiduous courting of the right-wing of his caucus, in 2014 Cantor was beaten by a primary challenger from the Tea Party movement, David Brat. The slightest deviation from partisan orthodoxy – in Cantor’s case, on immigration – can trigger a furious backlash from the right. Right-wing websites and talk radio hosts are so capable of training their national audience’s hatred on such theretofore obscure enemies as a former Agriculture Department official that even an unimportant backbencher has reason to fear their wrath.”

“Some liberals hopefully note that Republican senators eventually came around to pushing Richard Nixon to resign. But that came after two years of Republicans, especially the most conservative ones, digging in their heels and rallying around the president. Most crucially, it happened when Democrats controlled both houses of Congress and therefore the tools with which to investigate and impeach, forcing Republicans to confront an issue they might have preferred to avoid. (At present, Democrats are not expected to win back the Senate in 2018. Even if they did, they would not be able to oust Trump unless he was impeached by the House and they won enough support from Republicans to reach a two-thirds majority of the Senate – a seemingly impossible scenario.)”

“Today, a number of forces enforce party unity. There’s ideology: if you’re a conservative, you want Trump to be there signing bills the GOP Congress sends to him, no matter what else he does. Gerrymandering and Americans’ own geographic sorting into more ideologically homogeneous communities has decreased the number of swing districts, and with it the number of politicians who worry about appealing to both parties. And each party’s voters are less ideologically diverse, as liberal Republicans and conservative Democrats have virtually all switched parties. Conservative media continually tell Republicans that every Trump scandal is fake news ginned up by villainous Democrats and a dishonest press that’s out to get our noble president.”

“These forces are part of what made the entire GOP rally around Trump during the campaign; despite all the talk about “Never Trump” Republicans and Clinton’s hopes that she could pull moderate Republicans disgusted with Trump across the aisle to vote for her, Trump got the votes of 90 percent of those who identified with the GOP.”

“Republicans might wistfully tell themselves that things would be going a lot better if the person sitting in the Oval Office were Mike Pence – fervently ideological, predictable, boring Mike Pence – (but) they also know that impeachment would be an outright cataclysm for their party. They remember that in 1974, after Nixon resigned, Democrats increased their margin in the House by 49 seats and won the White House two years later.”

“Republicans may cringe every morning when they check their phones and see the latest revelation or pratfall coming from the White House. But they cast their lot with Donald Trump, and they know that if he goes down, so do they.”