aside Who In White House Is Forming Policy For N Korea?

There is the saying that “too many cooks spoil the broth.” The following analysis describes the different views of the myriad of players in the White House surrounding the republican President Donald Trump who could be advising him about how to address N Korea with its advancing nuclear capabilities. And of course, it is the president who is most out of sync with all the other parties.

“Here are the administration’s top figures shaping the debate on North Korea policy and their views on how to counter Pyongyang.”

“Mattis warned North Korea on Wednesday (8/917) it must stop any action that would “lead to the end of its regime” and “stand down” in its pursuit of nuclear weapons, saying Pyongyang’s actions would continue to be “grossly overmatched by ours”. These were the strongest comment by Mattis on North Korea’s advancing missile and nuclear programs.”

“When asked about Trump’s threats of “fire and fury” against North Korea, Mattis said: “The rhetoric is up to the president. This is my rhetoric.”

“In the past, Mattis has said any conflict with North Korea would be “like nothing we have seen since 1953,” referring to the end of the Korean War.”

“Mattis’ assessment is generally shared among senior U.S. military leaders, including the chairman of the Joint Chiefs of Staff, Marine General Joseph Dunford, who said a war with North Korea would lead to a devastating loss of human life.”

“On Thursday (8/10/17), Mattis said that, although it was his responsibility to have military options should they be needed, the United States prefers a diplomatic approach to North Korea.”

“While the situation is fluid, two U.S. defense officials said on Thursday they had not seen indications that North Korea was preparing to launch missiles, and the U.S. military’s assessment of the threat has not changed.”

“Tillerson’s priority has been persuading China to put more pressure on North Korea to give up its nuclear program, including by implementing existing U.N. sanctions, and encouraging other countries to stop trading with Pyongyang.”

“Early on, he sought to engage China’s government and emphasized working together to solve the North Korea threat, though the possibility of placing financial pressure on China was never far off.”

“In May (2017), without naming any specific country, Tillerson cited the possibility of “third-country sanctions” on those that do not enforce United Nations measures against Pyongyang.”

“But he has also sought to reassure Kim’s government that the United States is not interested in its overthrow.”

“Tillerson has also opened the door to talks with Pyongyang, saying this week that the United States could be willing to negotiate if North Korea halted a series of recent missile test launches.”

“After Trump’s “fire and fury” comment on Tuesday (8/8/17), Tillerson told reporters the president was “sending a strong message to North Korea in language that Kim Jong-un would understand, because he doesn’t seem to understand diplomatic language.”

“But he also sought to downplay the prospect of any immediate military conflict, despite Trump’s comments.”

“I think what the president was just reaffirming is that the United States has the capability to fully defend itself from any attack, and our allies, and we will do so,” Tillerson said. “So the American people should sleep well at night.” 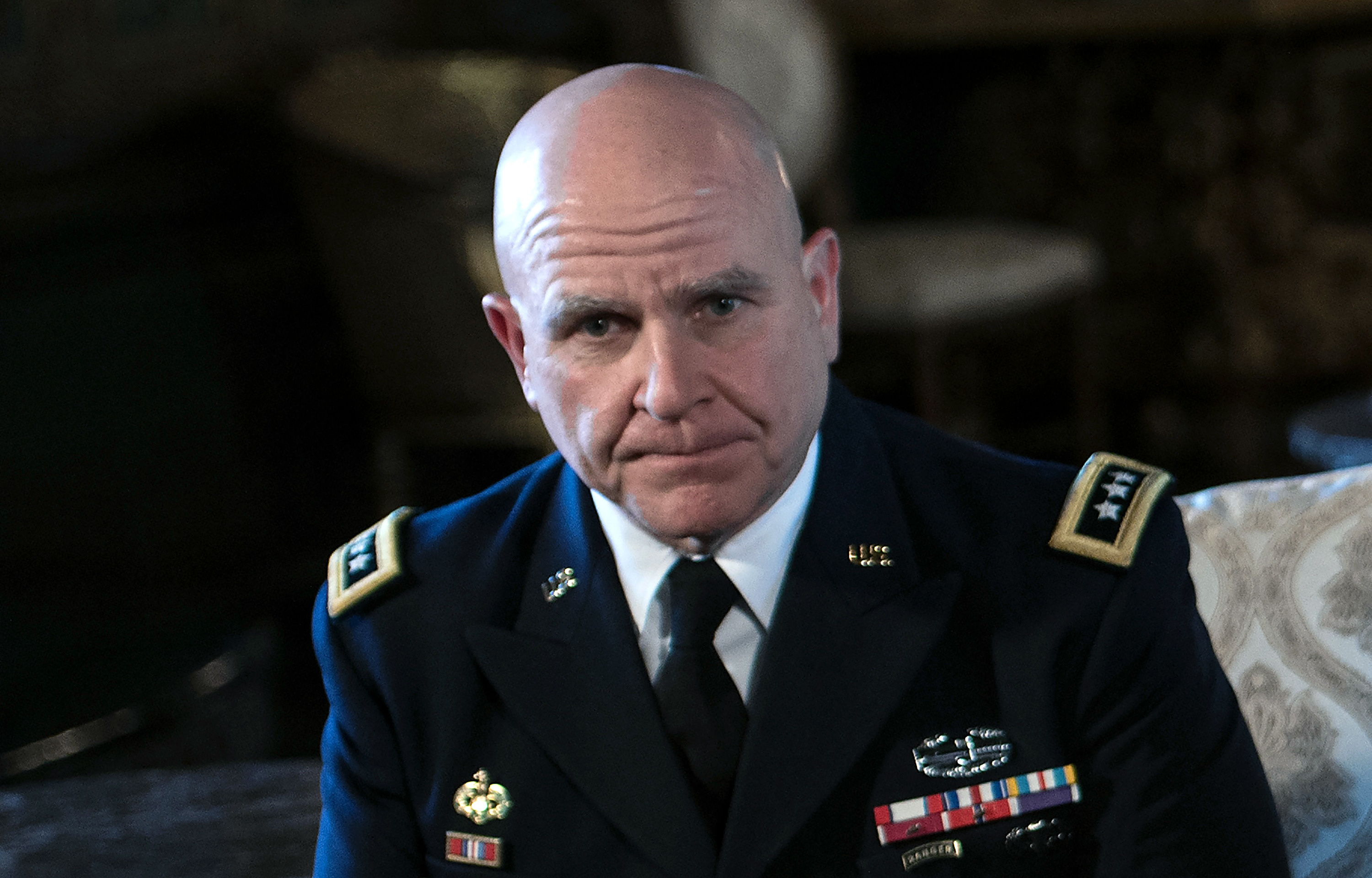 “Like Mattis and Tillerson, McMaster thinks the overwhelming U.S. and allied military superiority in the Western Pacific can be used to deter North Korea from making any offensive or reckless military moves.”

“According to people familiar with his thinking, all of whom spoke on condition of anonymity, Trump’s national security adviser also subscribes to the view, widely held by U.S. military and intelligence agencies, that despite his bluster and authoritarian rule, Kim is a rational actor who is seeking nuclear weapons to deter an attack on North Korea, not to attack the United States or its allies.”

“Publicly, McMaster has echoed Trump’s views, but carefully ascribed them to his boss. “If they had nuclear weapons that can threaten the United States, it’s intolerable from the president’s perspective,” he told MSNBC last week in an interview that aired on Saturday (8/5/17).”

“Advising McMaster is Matt Pottinger, the White House’s top Asia hand, who is regarded as a relatively moderate voice on North Korea and China issues compared with some of Trump’s more hard-line aides.”

“A former journalist and ex-Marine, Pottinger, whose title is senior director for East Asia, has operated mostly behind the scenes, keeping a low public profile.”

“From the start of Trump’s presidency, however, Pottinger has been vocal in closed-door meetings about the need to press China to do more to rein in North Korea’s nuclear and missile programs, according to people who know him.”

“He played a key role in a North Korea policy review earlier this year that recommended stressing diplomatic and economic pressure over military options but did not result in any major new policy prescriptions distinct from former President Barack Obama’s approach.”

“Pottinger is one of the few Trump advisers with on-the-ground Asia experience in an administration that has yet to fill many key diplomatic positions requiring regional expertise.” 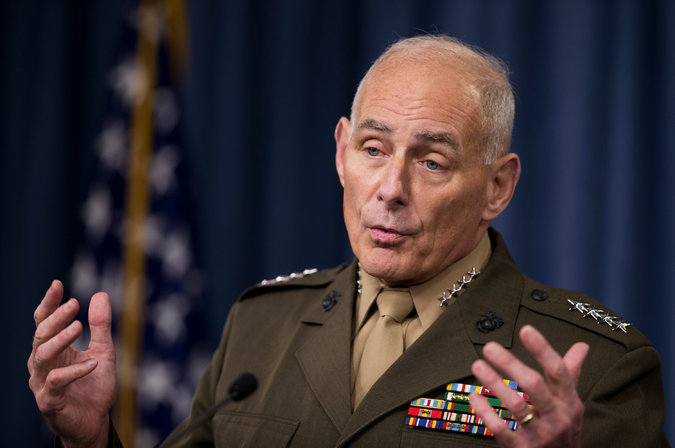 “Kelly, Trump’s new chief of staff and former secretary of homeland security, said in April that North Korea would pose a serious risk to the United States if it possessed a missile that could reach American shores with a nuclear device.”

“The former Marine general also predicted that Trump would have to deal with the North Korean threat during his first term in office.”

“Kelly’s major challenge is dealing with squabbling within White House factions and having anything more than “limited influence” over Trump’s pronouncements or decisions, three U.S. officials said on Thursday (8/10/17).” 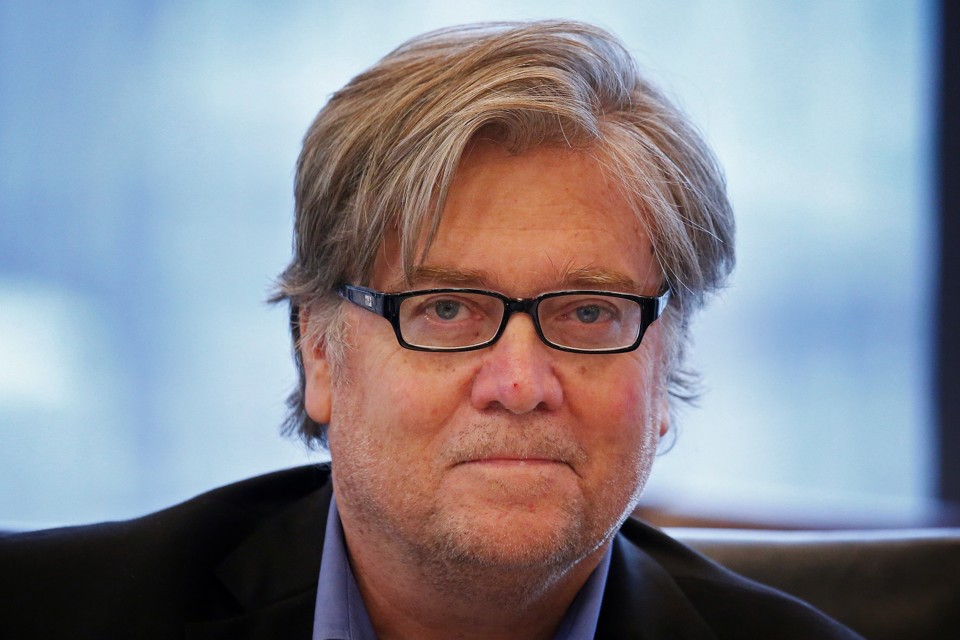 “Steve Bannon, is thought to be wary of U.S. intervention abroad, arguing against sending additional American troops to Afghanistan, for instance. Known for his nationalist and “America First” views, Bannon lost his seat on the White House’s National Security Council earlier this year but retains influence on a host of issues, including foreign policy.”

“One U.S. official, however, said there was no sign that Bannon intervened in an effort to promote more threatening rhetoric against North Korea.”

“Bannon loves the tough talk because it plays to the base and distracts the media from (ongoing Russia investigations), but he is also not eager for any more U.S. involvement overseas.”