The following conspiracy theory has been debunked by numerous fact check organizations over the years but it still lives on. In this instance this “fake news” ugly tale is being resurrected by the republican President Donald Trump in a tweet in reference to today’s terrorist attack in Barcelona, Spain.

No, U.S. General John J. Pershing did not effectively discourage Muslim terrorists in the Philippines by killing them burying and their bodies along with those of pigs. The opposite is true. He did everything possible to avoid casualties among those of the Muslim faith.

The above example of “fake News” is what has seen around the world. ..
Updated on April 28, 2016 from a 2001 post, David Mikkelson of Snopes.com penned the following fact check report, “Pershing The Thought.”

U.S. General John J. Pershing effectively discouraged Muslim terrorists in the Philippines by killing them and burying their bodies along with those of pigs. See Examples

“The idea of subduing militant Muslims by threatening to bury them with pigs has held currency for many years. Just a few weeks before the September 11 terrorist attacks on America in 2001, Deputy Israeli police minister Gideon Esra suggested in the Israeli newspaper Yediot Aharonot that Palestinian suicide bombers be buried in pig skin or blood.”

“In the 1939 film The Real Glory, Gary Cooper portrays Dr. Bill Canavan, an American Army doctor in 1906 Manila who “tries to protect the native population from ruthless invaders” (i.e., “Muslim fanatics”). At one point in the film, the Dr. Canavan character drapes a captured Muslim in a pigskin and proclaims that henceforth all slain Muslim rebels will be buried in pig skins, thereby discouraging their “savagery” by threatening to prevent their entry into paradise.”

“And, of course, the above-cited anecdote about General Pershing’s handling of terrorists in the Philippines has circulated widely on the Internet ever since 9/11 and even made the rounds at the top levels of U.S. government:”

“Senate Intelligence Committee Chairman Bob Graham (D-Fla.) cited as an example a dinner he attended last week with people who work on intelligence issues and have connections to the intelligence community. The dinner conversation ranged in part on how U.S. military commander “Black Jack” Pershing used Islam’s prohibition on pork to help crush an insurgency on the southern Philippine island of Mindanao after the Spanish-American War at the turn of the last century.”

“In one instance, Graham explained in an interview, U.S. soldiers captured 12 Muslims. They killed six of them with “bullets dipped into the fat of pigs.”

“After that, Graham said, the U.S. soldiers wrapped the Muslim rebels in funeral shrouds made of pigskin and “buried them face down so they could not see Mecca. Then they poured the entrails of the pigs over them. The other six were forced to watch. And that was the end of the insurrection on Mindanao,” Graham noted.” “The history of the American administration of the Philippines between the Spanish cession of the islands at the conclusion of the Spanish-American war in 1898 and the attainment of full political independence in 1946 (including American attempts to “pacify” various independence-minded groups through military means) is too long and complicated to explicate here. Suffice it to say that General John J. “Black Jack” Pershing was part of the process as Governor of the troublesome Moro Province between 1909 and 1913.”

“We found no references to this alleged incident in Pershing biographies, however, nor does it match the way Pershing is generally recorded as having dealt with the Moros in 1911. When they refused to obey Pershing’s order banning firearms by surrendering their weapons, his response was to draft a letter to the Moros expressing sorrow that his soldiers had to resort to killing them to enforce the order:” “When negotiations stalled and matters came to a head, Pershing was still reluctant to be responsible for any more loss of life than was necessary:”

“[Pershing] went to his offices on [14 December 1911] only to hear a message from the Sulu district governor: hundreds of hostiles gathered on Jolo’s Bud Dajo! The message had dread portent. Mount Dajo, awesomely high and capped with the creater of an extinct volcano, meant sacred things to Moros. It was the refuge against fate, the last bastion of the hopeless, the place where their ancestors stood off great waves of enemies. Once on the mountain, esconced in its big cotta, Moros would die gladly, as Leonard Wood had grimly learned. Retreat to Dajo meant a clear declaration of war.”

“Sobered and depressed, Jack wrote of an overriding worry: “I am sorry these Moros are such fools, but … I shall lose as few men and kill as few Moros as possible.” Memories of Wood’s massacre of men and families on Dajo rankled in the army and still bothered the chief of staff. Obviously another such slaughter in the winter of 1911 could adversely influence the 1912 elections in the States.”

“Pershing’s strategy was to surround the Moros and wait them out while attempting to induce them to surrender, a strategy that worked effectively: the Bud Dajo campaign ended with only twelve Moro casualties. But in his report Pershing seemed keenly aware that the best approach was not to take any action that would encourage religious fanaticism:”

“There was never a moment during this investment of Bud Dajo when the Moros, including women, on top of the mountain, would not have fought to the death had they been given the opportunity. They had gone there to make a last stand on this, their sacred mountain, and they were determined to die fighting … It was only by the greatest effort that their solid determination to fight it out could be broken. The fact is that they were completely surprised at the prompt and decisive action of the troops in cutting off supplies and preventing escape, and they were chagrined and disappointed in that they were not encouraged to die the death of Mohammedan fanatics.”

“As William Lambers noted, Pershing executed no Muslims. At most, anecdotal accounts attributed Pershing’s success to his merely threatening to do as described:”

“During a campaign rally in South Carolina, [Donald] Trump told his audience a story about General John Pershing executing Muslim prisoners in the Philippines. Trump said Pershing, in the early 1900’s, “caught 50 terrorists that did tremendous damage and killed many people and he took the 50 terrorists and he took 50 men and he dipped 50 bullets in pig’s blood.”

“Trump went out to describe a mass execution shooting of 49 of the prisoners, with the last one being sent to tell the others what happened. It was Trump using this “story” to demonstrate that America needed to get tough on terrorism, using brutal methods, and that he would be the man to do it.”

“But the story is not true. There was no mass execution led by Pershing. That is a rumor created on the Internet.”

“A Chicago Daily Tribune article from 1927 has a story where Pershing had prisoners from the Moro Rebellion in the Philippines. The Moros were Muslims who resisted American or any other occupying force.”

“The Moros had swordsmen, called Juramentados, who were killing Christians in this uprising. It had to be stopped. General Pershing was given this difficult task.”

“There were no executions as described by Trump.”

“In fact, Pershing was more inclined toward peace talks with the Moros rather than violence.” 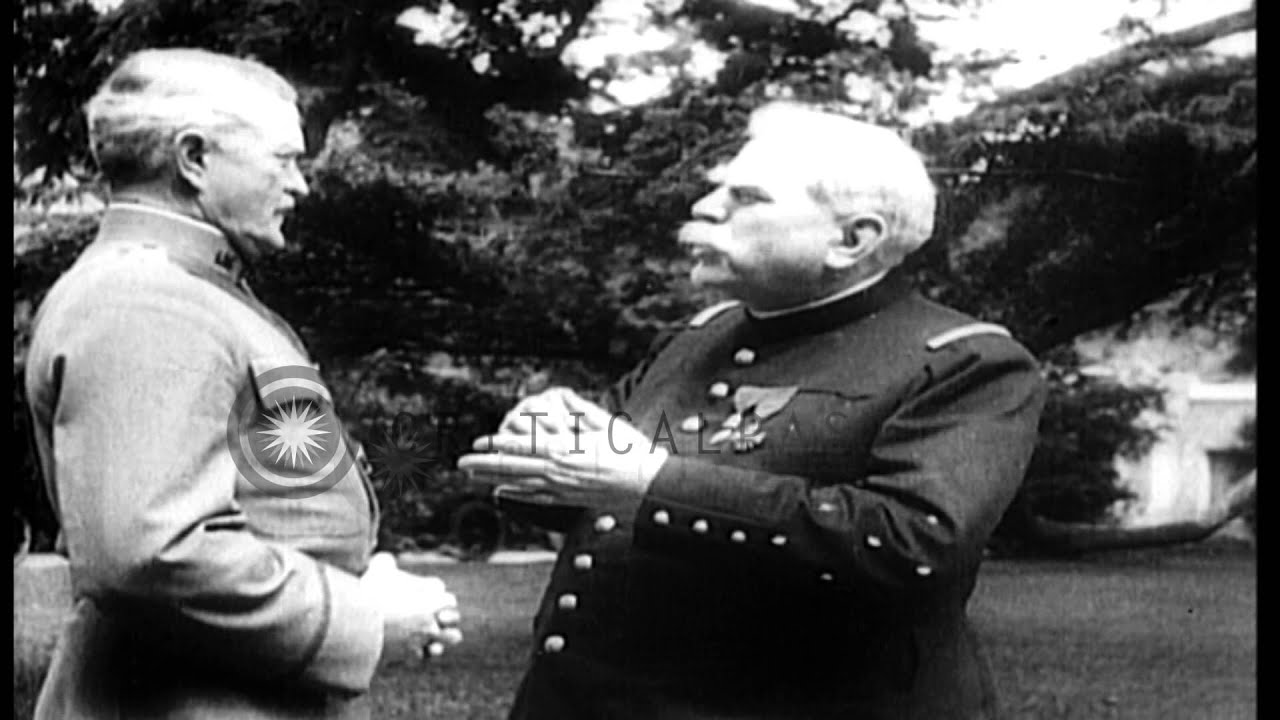 Yet another account, from the 1938 book Jungle Patrol, attributed the deed to someone other than Pershing:”

“It was Colonel Alexander Rodgers of the 6th Cavalry who accomplished by taking advantage of religious prejudice what the bayonets and Krags had been unable to accomplish. Rodgers inaugurated a system of burying all dead juramentados in a common grave with the carcasses of slaughtered pigs. The Mohammedan religion forbids contact with pork; and this relatively simple device resulted in the withdrawal of juramentados to sections not containing a Rodgers. Other officers took up the principle, adding new refinements to make it additionally unattractive to the Moros. In some sections the Moro juramentado was beheaded after death and the head sewn inside the carcass of a pig. And so the rite of running juramentado, at least semi-religious in character, ceased to be in Sulu. The last cases of this religious mania occurred in the early decades of the century. The juramentados were replaced by the amucks … who were simply homicidal maniacs with no religious significance attaching to their acts.”

“Desire for simplistic solutions to complex problems has spawned several widely-circulated notions that seek to transform a fight against terrorism to the easily-manageable level of a horror film. One popular notion is the concept that a pig is to a Muslim as a crucifix is to a vampire: simply arm yourself with a porker, and you can use it to render even the most fanatical terrorist helpless.”

“Such notions reduce an extremely widespread and diverse religion, and the people who follow it, to a monolithic entity with a single set of beliefs and rules to which everyone adheres. Islam has a variety of sects and sub-sects just as Christianity has a multiplicity of denominations; assuming that all “Muslims” believe and behave identically is like assuming that all Catholics and Baptists believe and behave identically because both of the latter groups are “Christians.” 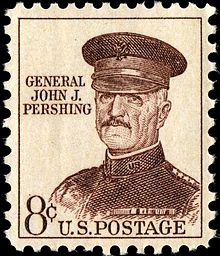 Also implicit in this type of reasoning is the notion that “terrorist,” “Muslim terrorist,” “fanatical Muslim” and “devout Muslim” are all synonymous. They aren’t: just as not all Muslims are terrorists, not all terrorists are Muslims; and just as the religiously devout are not all fanatical, not all religious fanatics are devout.”

“The terrorists who hijacked American Airlines Flight 11 were reportedly seen partaking of alcohol and engaging the services of naked lap dancers in the days before 9/11, activities which should have been anathema to true Muslims. Whatever the case, concerns about the afterlife probably wouldn’t have dissuaded the hijackers from their plans to crash Flight 11 into the World Trade Center had a few pigs turned up on board the plane. If their relationship with Allah were a concern to them, well, the hijackers could choose to believe that Allah would understand and make allowances for true warriors of the faith. (After all, the fact that the Quran forbids suicide and consigns those to commit it to Hell wasn’t sufficient to deter the 9/11 terrorists.)”