On August 22, 2017, the key player who financed that infamous Chis Steele’s Trump-Russia dossier, Glenn Simpson testified for over 10 hours before the US Senate Judiciary Committee about his involvement in the development of this highly controversial dossier.

The lawyer Josh Levy for Mr. Simpson volunteered that there is nothing preventing the Senate Judiciary members from publicly sharing the entire transcript of their hearing with Mr. Simpson. This comment leads me to suspect that republicans who may have wanted to cast a nefarious shadow on this dossier, were not successful.

Mr. Simpson was a reporter for the Wall Street Journal, before he founded Fusion GPS, a private research company. This was the firm that hired the MI6 British intelligence officer, Christopher Steele, during the 2016 presidential campaign who produced the 35 page controversial dossier.

In the month of July 2017, he had initially declined to speak with the committee, but he changed his mind after the committee served him with a subpoena. In exchange for his testimony, the panel’s top lawmakers, Sens.Chuck Grassley (R-Iowa) and Dianne Feinstein (D-Calif.), agreed to withdraw the subpoena for his testimony.

It has been reported by several news outlets that the former M16 agent Christopher Steele had already shared the names of all the sources associated with the dossier that he compiled.

What was perked my interest, is when Senator Grassley recently held a town hall meeting where a well-informed constituent kept pushing for the senator to agree to release a transcript of the entire interview with Glenn Simpson but the senator kept dodging from fully committing to do this. He did indicate that the committee members would hold a vote on whether to release it to the public, or not. The constituent made it perfectly clear that he expected the senator to do the right thing.

“A key figure behind the so-called dossier featuring uncorroborated and salacious allegations about then-candidate Donald Trump’s ties to Russia will be questioned by investigators from the Senate Judiciary Committee today (8/22/17) about the funding and sources for the document.”

“During last year’s heated Republican primary race, Fusion GPS, a private research firm founded by former Wall Street Journal reporter Glenn Simpson, was initially paid about a million dollars by wealthy Republicans and then later worked for Democrats, all of whom wanted to dig up dirt on Trump and plant negative news stories, according to political operatives.”

“Simpson, who will appear in a closed session on Capitol Hill on Tuesday (8/22/17), hired the former MI6 agent Christopher Steele to compile the now infamous dossier, which alleged that members of the Trump campaign colluded with Russian agents to damage Hillary Clinton, Trump’s Democratic opponent.”

“Republicans in Congress are stepping up their efforts to uncover the funders of and sources for that controversial document as special counsel Robert Mueller’s high-profile probe of those alleged ties heats up.” 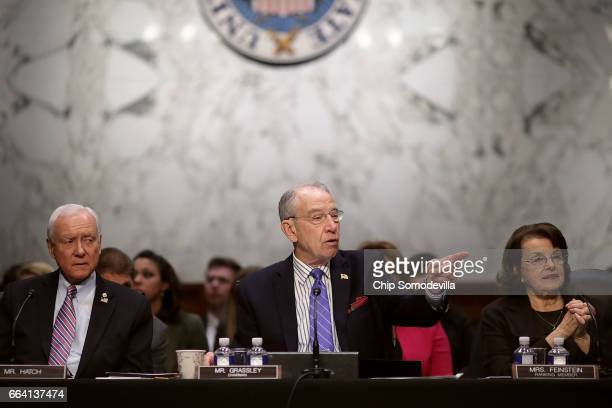 “Sen. Chuck Grassley, R-Iowa, the chairman of the Senate Judiciary Committee, has made it clear that Simpson’s work has landed him in the crosshairs.”

“As a reporter, Simpson specialized in coverage of money laundering and Russian organized crime. In an appearance on a panel at a film festival in 2016, he explained that he started Fusion GPS after leaving journalism because he thought his investigative skills would be valuable to a range of wealthy clients.”

“The 35-page dossier, which included a series of salacious allegations, was completed shortly before the presidential election. Eventually the intelligence Steele gathered was shared with journalists, the Clinton campaign and the FBI.” 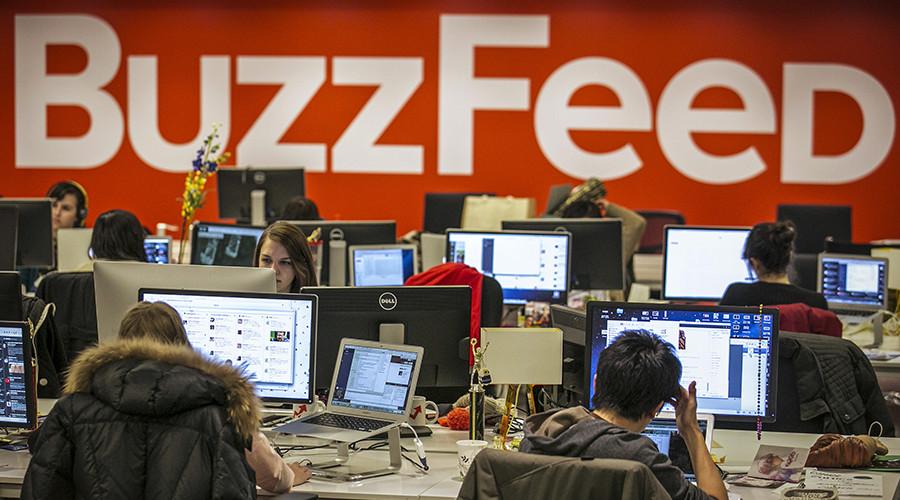 “When BuzzFeed obtained and published the document in January, little more than a week before of Trump’s inauguration, he was outraged.”

“It’s all fake news. It’s phony stuff. It didn’t happen,” Trump said at a press conference.”It was a group of opponents that got together — sick people — and they put that crap together.”

“Simpson isn’t the only person who could face questions about dossier’s production. Lawmakers also want to talk to Steele, and a recent U.S. court ruling in a related case could compel him to comply.”

“Lawyers for Aleksej Gubarev, a Russian tech mogul who was named in the dossier, were recently granted approval by Judge Ursula Ungaro of U.S. District Court in the Southern District of Florida to seek British approval to question Steele under oath as part of Gubarev’s libel suit against BuzzFeed.”

“According to people briefed on the developments, Steele has met with the FBI and provided agents with the names of his sources for the allegations in the dossier.”

“It is unclear how much information lawmakers will be able to obtain from Simpson this week. Attorneys for Fusion GPS have indicated to the committee that its client relationships are confidential.”

As per the 8/22/17 Daily News report by Christopher Brennan, “Simpson was interviewed for hours and gave the committee more than 40,000 documents, Fox News reported.”