Prior to the US presidential election date of November 8, 2017, I and many fellow bloggers had been opining about the need that the media had to portray the shortcomings of the democratic party presidential candidate Hillary Clinton as somehow equivalent to the wrongdoings committed by her opponent, republican contender Donald Trump.

“We the people” are paying a high price for the media outlet executives who failed to adequately vet Mr. Trump prior to the D-Day, the day that will go down in infamy in the history books when we all learned that our new president was none other than Donald Trump.

In addition the media big brass knowingly colluded by publishing embarrassing material on Hillary Clinton without sufficient context/ disclaimers, knowing full well that the data had been stolen by Russian operatives, and then leaked to the public through a third party cut-out, WikiLeaks.

“In making these two key decisions, the media executives failed in their duty to fairly and competently inform the American peoples in a timely basis, and so, they bear a fair share of culpability in catapulting Mr. Trump into the White House.”

Below, I have shared the link to the Harvard Study which supports the fact that Hillary Clinton was not fairly treated by the mainstream press. 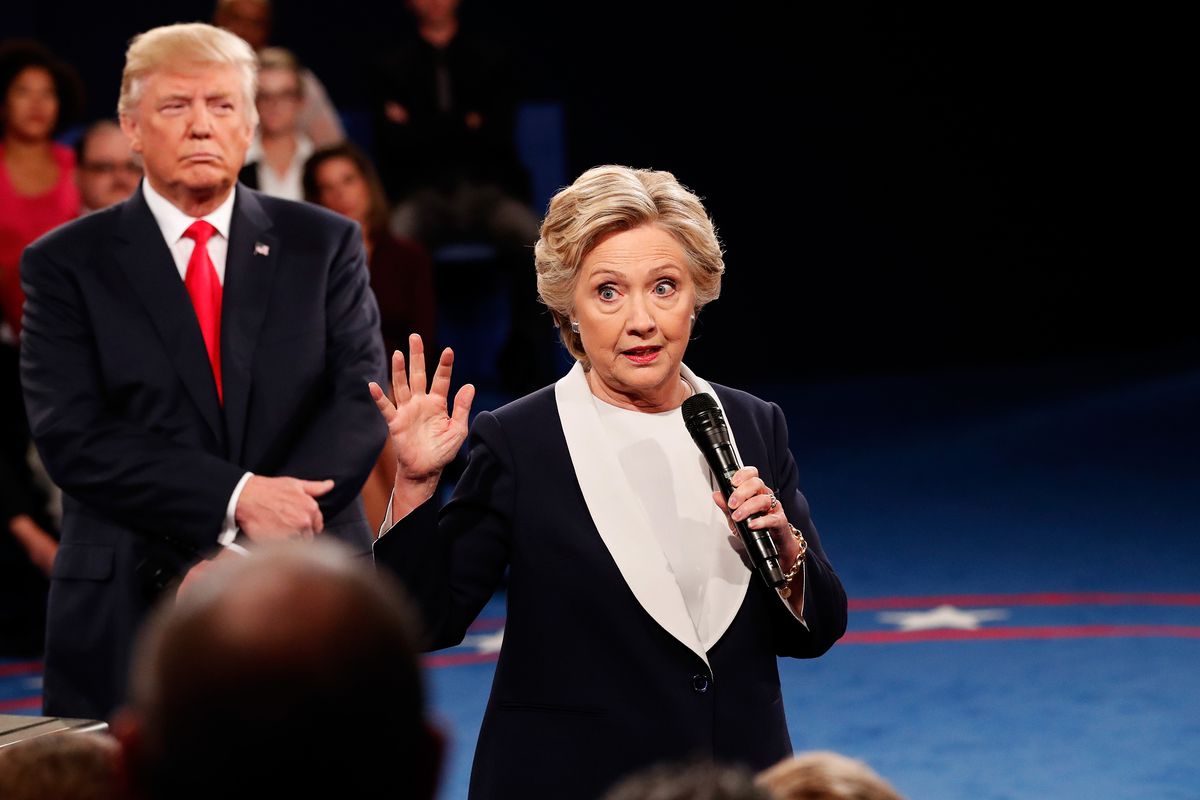 “News organizations in the 2016 presidential campaign outdid one another in investigating the colorful and scandalous life of GOP candidate Donald Trump. There were the pieces on his treatment of women; his penchant for filing and attracting lawsuits; his failed business deals; his refusal to release his tax returns; his impersonation of his own PR agent; and on and on and on.”

A December report from Harvard University’s Shorenstein Center on Media, Politics and Public Policy delivered some sobering news for all those investigative reporters who may have supposed that their Trump exclusives were changing the world: None of them were breaking from the pack. “Clinton’s controversies got more attention than Trump’s (19 percent versus 15 percent) and were more focused,” noted study author Thomas E. Patterson. “Trump wallowed in a cascade of separate controversies. Clinton’s badgering had a laser-like focus. She was alleged to be scandal-prone. Clinton’s alleged scandals accounted for 16 percent of her coverage—four times the amount of press attention paid to Trump’s treatment of women and sixteen times the amount of news coverage given to Clinton’s most heavily covered policy position.”

“Another study-producing instrumentality of Harvard University couldn’t agree more. In a report released last week, the Berkman Klein Center for Internet & Society at Harvard put together this chart documenting coverage of various Clinton-Trump issues from May 2015 through the November 2016 election.”

“Clinton – Email” is clearly the beast of this lot, though the category includes not only the scandal over the candidate’s use of a personal email server during her run as secretary of state, but also emails that surfaced on WikiLeaks relating to her campaign. Whereas the Shorenstein Center conclusions featured inputs from the major broadcasters and newspapers over the final months of the 2016 race, the Berkman Klein results stem from online content over a longer period. That they both reached the same conclusion says something. “I think the fact that we get the same results as Shorenstein using significantly different methodologies yields a high degree of confidence,” Robert Faris, the center’s research director, tells the Erik Wemple Blog.

So just how did this disparity evolve? “One of the possible explanations of this is that these scandals associated with Hillary Clinton spanned the entirety of the whole campaign. The Trump scandals came and went over time,” says Faris. Of course, scandals don’t behave entirely of their own accord; they need media attention or inattention to live another day or expire. As Faris himself notes, the Trump campaign and its allies — particularly in Congress — found ways to keep the email server in the news. The story, says Faris, “just kept getting updated repeatedly over time.” Take it from the Erik Wemple Blog, who has written millions of posts on topics like Fox News, “Fox & Friends” and Rolling Stone’s disastrous rape story: Updating a story whose facts and outlines are already familiar is a great deal easier than starting a fresh topic.”

“As President Trump continues sullying the White House, the online debate over the media’s obsession with emails takes another step. A Twitter user this week, for instance, shared a negative story on the Trump White House, attaching the commonly traded lament, “But the emails.” New York Times reporter Glenn Thrush was having none of it:”

“The Post’s Paul Waldman argued earlier this week that, hey, it’s not one or the other. The media could well have shafted Clinton at the same time that she was making some poor strategic decisions. News organizations might consider looking back and evaluating their roles in contributing to the Clinton email pile-on, though countermeasures will be difficult. That’s because instituting restraint in covering big stories grinds against the entire ethos of journalism in the Internet age, which preaches the virtues of publish, publish, publish, even when you have very little to say.”

So, look for similar results the next time an outsider with a deep history of unethical, outrageous, misogynistic and racist conduct takes on a career Washington insider.