The far right is pursuing the existence of “antifa” and its actions with a vengeance. The original sin began with the Washington DC DisruptJ20 (Back Bloc)protesters who committed some acts of violence on the presidential inauguration date of January 20, 2017, where over 200 people were arrested en masse.

As per a December 8, 2016, Daily Wire report (conservative source):

“On Wednesday, Moore took to Twitter to spread his message: “Disrupt the Inauguration. The Majority have spoken – by nearly 2.7 million votes &counting! Silence is not an option.”

Disrupt the Inauguration. The Majority have spoken – by nearly 2.7 million votes &counting! Silence is not an option https://t.co/HSmP3pREvy

“Moore linked to the sign-up website for #DisruptJ20 (Disrupt January 20), the name of the protest to be held on Inauguration Day.”

“DisruptJ20: Call for a bold mobilization against the inauguration of Donald Trump on January 20, 2017,” says the sign-up website. “We’re bringing widespread civil resistance to the streets of Washington, DC through protests, direct actions, and even parties and we want you there with us.”

The site says it is calling on “all people of good conscience to join in disrupting the ceremonies.”

Here is an excerpt from the Project Veritas website (Around 1/16/17):

“Project Veritas secretly embedded our journalists deep within DisruptJ20 to uncover their plots before they could put them into action. Some of their plans were so dangerous, we took an unprecedented measure and brought our footage to the CIA, the Secret Service, and the DC Metro Police, which led to an arrest.”

The following is what’s been posted on the website of the Washington DC Metropolitan Police Department:

Arrest Made in a Conspiracy to Commit an Assault

“The Metropolitan Police Department announced an arrest has been made in a Conspiracy to Commit an Assault offense that occurred in the 500 block of 14thStreet, Northwest. After a thorough investigation, it was determined that several individuals made plans to disrupt inauguration activities in an unlawful way.”

“On Thursday, January 19, 2017, pursuant to a DC Superior Court arrest warrant, 34-year-old Scott Ryan Charney of Northwest, DC, was arrested in the area of 14th and Newton Streets, Northwest, and charged with Conspiracy to Commit an Assault.”

As per the above data, it looks like the Washington DC police had been well informed about the DisruptJ20 group before inauguration day. There has been controversy developing over the mass arrests because it appears that only a few were actually involved in any violent activities. Some were journalists and professional photographers who were there. Numerous lawsuits against the police have been filed over this mass arrest.

US government officials have gone as far as to demand information on anyone who accessed the DisruptJ20 website from a LA based web host provider.

As per a 8/24/17 LA times report, “Judge approves limited search warrant for data on anti-Trump protesters” by Lauren Rosenblatt, “District of Columbia judge ruled Thursday that a Los Angeles-based Web host provider must provide the government with digital data from a website widely used to help organize protests against President Trump’s inauguration in January.” 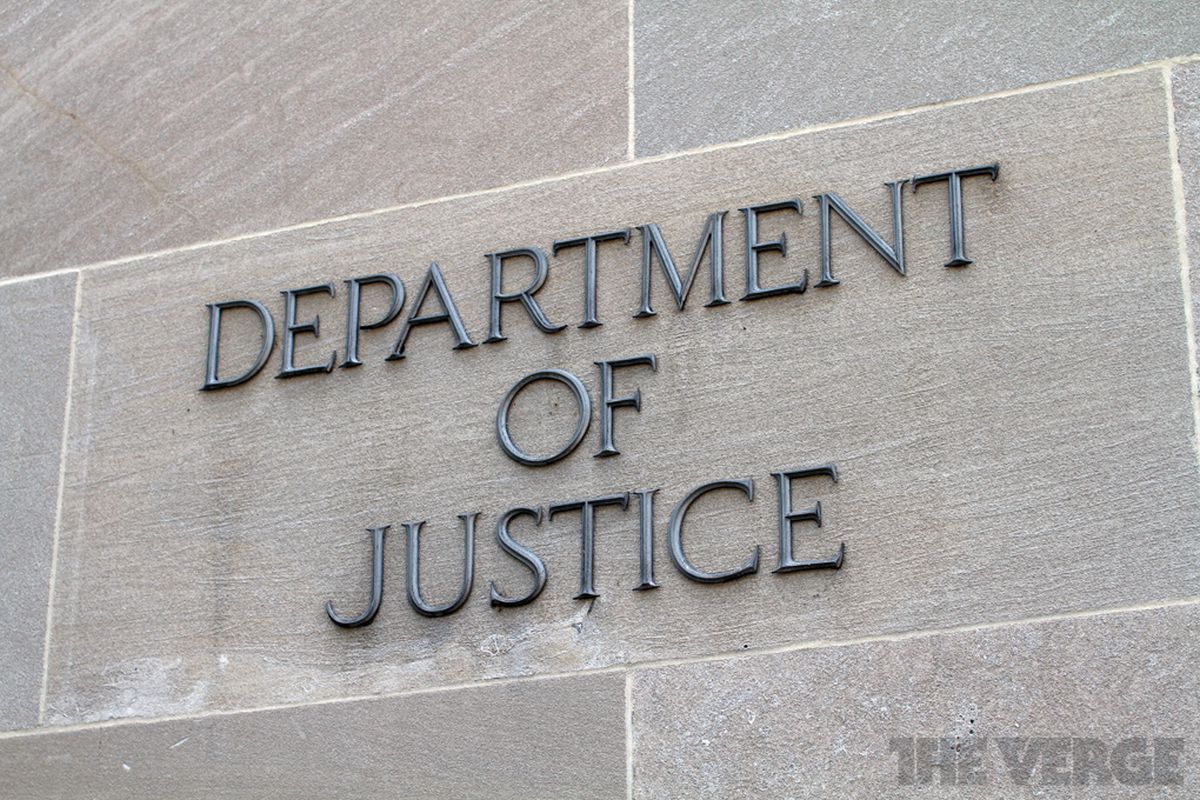 “The ruling by District of Columbia Superior Court Chief Judge Robert E. Morin marked a win for the government, although Morin said he would supervise the government’s use of the data it collects from Web host DreamHost.”

“Chris Ghazarian, general counsel for DreamHost, said the company needed to review the ruling before deciding whether to appeal. He said he was glad Morin acknowledged the company’s 1st Amendment concerns but said the warrant was still “problematic.”

“The mere fact that this information is being turned over to the government means the next time you’re sitting at home with your family thinking about visiting a website, you’re going to second-guess yourself,” he said.”

Soon after the DisruptJ20 members along with other sundry groups had participated in protests with outbursts of violence in Washington DC on 1/20/17 inauguration day where over 200 peoples were arrested, there was the February 1st  Berkeley, California incident where more than 1500 protesters had gathered, pledging to shut down a planned speech by a controversial conservative speaker.

Here is an example of a write-up by Occupy Oakland: UC Berkeley is united. #UCWalkout #DisruptJ20 #J20 #Ungovernable2017 https://t.co/9Wchr5UJLg

Violence broke out to where the University of California – Berkeley officials felt forced to cancel a speech by the conservative writer and activist Milo Yiannopoulous, who is an editor for the right-wing Breitbart News website and who had been banned from Twitter for a targeted campaign against Saturday Night Live actress Leslie Jones.

The following 2/2/17 write-up from the American Conservative website reflects how the right responded to these events:

“But officials said it was a smaller group of protesters dressed in black and in hooded sweatshirts that showed up as night fell to break windows with metal barricades, throw smoke bombs and flares and start a large bonfire outside the building with a diesel generator.”

“This was a group of agitators who were masked up, throwing rocks, commercial grade fireworks and Molotov cocktails at officers,” said UC Berkeley Police Chief Margo Bennet.”

“Last month, Milo’s scheduled appearance at UC-Davis was scuttled because of violent protesters.”

“I watched some of the Berkeley protests last night. Some of the rioters carried a big banner that read “BECOME UNGOVERNABLE”.

“Well. When rioters at two separate universities prevent someone from giving a speech on campus, we have a crisis. This is outrageous and unacceptable in the United States of America. Protest what Milo has to say all you like; that’s the American way. But to prevent him from speaking, and even to riot over the prospect that he would appear on campus and say words that you find offensive? That is a kind of fascism.” 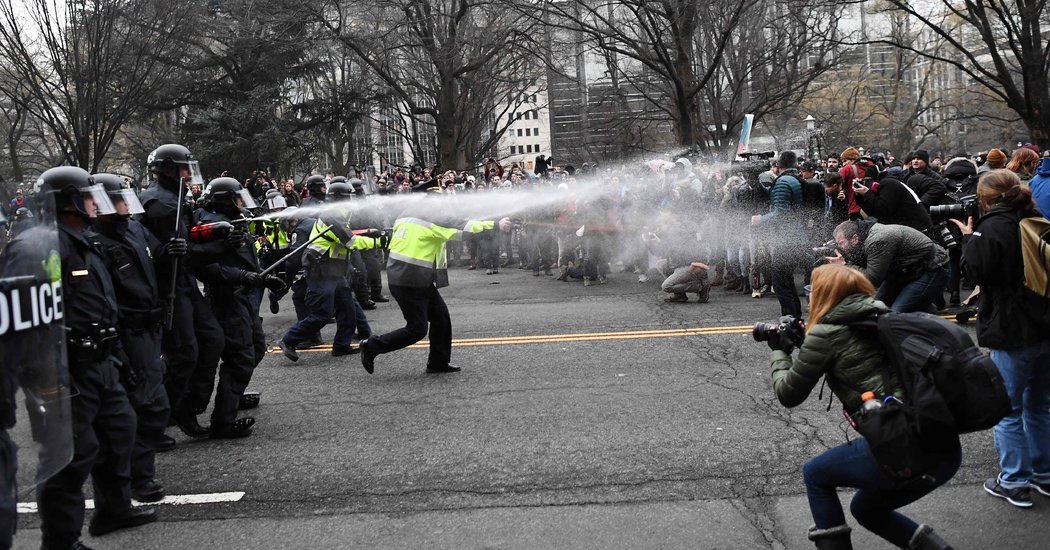 Fast forward to past other UC Berkeley events with violent protests and the mid-August 2017 Charlottesville, VA White Supremacists’ rally which turned violent; and the Boston far right’s relatively, peaceful rally, we end up at the mid- September protests at UC Berkeley, again.  It seems that we are now using the name “antifa” to refer to this DisruptJ20/ Black Blocs who wear black apparel/ and other groups opposed to racist views while participating in protests against hate proponents.

On September 15, 2017, Javier Panzar and Alene Tchekmedyian of the LA Times penned the following report, “9 arrested as protesters gather at UC Berkeley for talk by conservative speaker Ben Shapiro.” (NOTE: THERE IS NO REFERENCE TO THE NAME “ANTIFA.”)

“Hundreds of protesters swarmed UC Berkeley on Thursday evening (9/14/17) as conservative writer Ben Shapiro spoke on campus, with law enforcement out in force to prevent a repeat of recent violent clashes between far-left and far-right agitators.”

“Nine people were arrested, four of them for carrying banned weapons. One was held on suspicion of battery on a police officer. Hundreds of law enforcement officers, many in riot gear, prepared for violence and seized potential weapons, but no major skirmishes were reported. Several shouting matches erupted but ended peacefully.”

“A campus spokesman said there is a “sense of relief” that the preparations worked and Shapiro’s speech went smoothly.”

“The intense security for the evening came with a $600,000 price tag, and involved shutting down and clearing out large swaths of the campus.”

“Days earlier, Berkeley Police Chief Andrew Greenwood successfully lobbied the City Council to adjust a 1997 ban on the use of pepper spray as a crowd-control technique. Officers Thursday were free to use pepper spray on individual protesters deemed violent.”

“People were also temporarily prohibited from bringing sticks, pipes and poles within a certain zone specified by authorities.”

“Video posted on social media showed two officers confiscating a man’s poster because it was attached to a wooden stick, which the officers said they considered a weapon.”

“The preparations came several weeks after far-left forces attacked several far-right demonstrators in Berkeley, prompting arrests and much debate about the line between protest and criminal behavior. Earlier this year, agitators set fires and forced the abrupt cancellation of a talk by conservative speaker Milo Yiannopoulos.”

“On Thursday (9/14/17), businesses citing concerns for employee and customer safety closed early, while a bank near campus boarded up its automated teller machines.”

“Meanwhile, inside the university’s Zellerbach Hall, hundreds of students cheered as Shapiro gave his talk, which he titled “Say No to Campus Thuggery.”

“He scoffed at the demonstrators outside who suggested that he was a fascist or white supremacist, as well as the counseling services administrators offered to students stressed by his arrival.

“I have spent my entire career standing up to fascism,” he told the crowd. “Antifa is fascist. I am not a fascist.”

“Shapiro’s talk marked the start of a parade of right-wing speakers who may be coming to campus over the next month. They include former White House chief strategist Stephen K. Bannon and right-wing provocateurs Ann Coulter and Yiannopoulos, who announced that they will appear as part of a “Free Speech Week” event on campus.”

“The event is organized by Yiannopoulos and a student group, but officials said they are still working out the details.”

“Shapiro resigned from the Bannon-led Breitbart News after a colleague of his accused then-Trump campaign manager Corey Lewandowski of assaulting her.”

“Steve Bannon is a bully, and has sold out Andrew [Breitbart]’s mission in order to back another bully, Donald Trump; he has shaped the company into Trump’s personal Pravda,” Shapiro wrote in a statement at the time.

“During the election, his lashing critiques of Trump made him one of the more prominent opponents in the conservative movement of the then-Republican nominee.”