It couldn’t have happened to a more deserving gentleman. I have long considered that it was the republican President Donald Trump’s Attorney General Jeff Sessions who was the anti-immigration zealot-in chief and who had been pushing hard for the end to DACA (Deferred Action for Childhood Arrivals program.) It looks like his best laid plans to end DACA has been blown to smithereens. 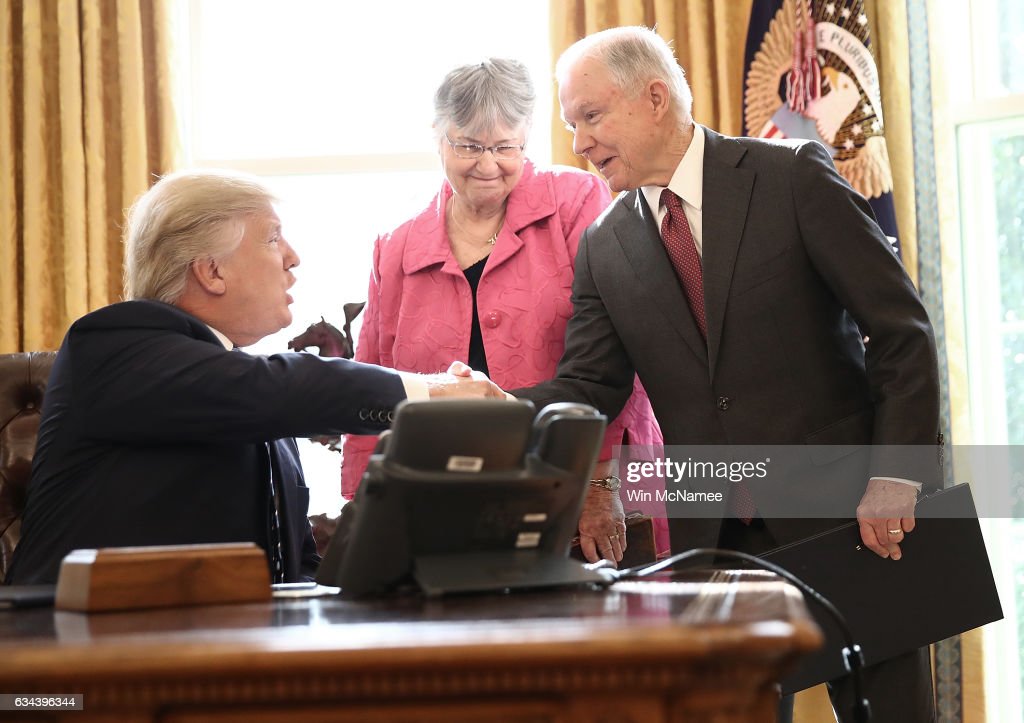 “Shortly after learning in May that a special counsel had been appointed to investigate links between his campaign associates and Russia, President Trump berated Attorney General Jeff Sessions in an Oval Office meeting and said the attorney general should resign, according to current and former administration officials and others briefed on the matter.”

“The president blamed the appointment of the special counsel, Robert S. Mueller III, on Mr. Sessions’s decision to recuse himself from the Justice Department’s Russia investigation — a move Mr. Trump believes was the moment his administration effectively lost control over the inquiry. Accusing Mr. Sessions of “disloyalty,” Mr. Trump unleashed a string of insults on his attorney general.”

“Ashen and emotional, Mr. Sessions told the president he would quit and sent a resignation letter to the White House, according to four people who were told details of the meeting. Mr. Sessions would later tell associates that the demeaning way the president addressed him was the most humiliating experience in decades of public life.”

“The Oval Office meeting, details of which have not previously been reported, shows the intensity of Mr. Trump’s emotions as the Russia investigation gained steam and how he appeared to immediately see Mr. Mueller’s appointment as a looming problem for his administration. It also illustrates the depth of antipathy Mr. Trump has had for Mr. Sessions — one of his earliest campaign supporters — and how the president interprets “disloyalty” within his circle of advisers.” 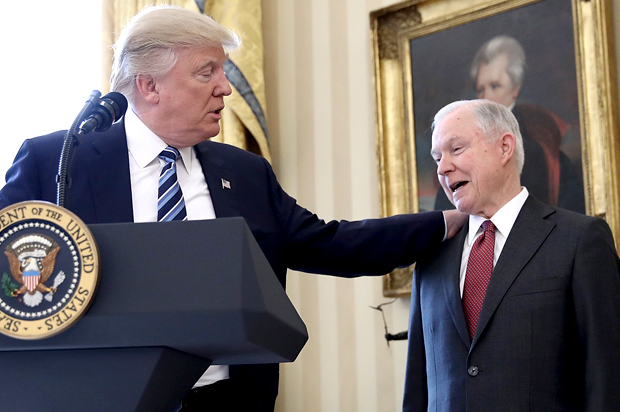 “Mr. Trump ended up rejecting Mr. Sessions’s May resignation letter after senior members of his administration argued that dismissing the attorney general would only create more problems for a president who had already fired an F.B.I. director and a national security adviser. Mr. Trump once again, in July, told aides he wanted to remove Mr. Sessions, but for a second time didn’t take action.”

“His allies said that despite the humiliation, the attorney general has stayed in the job because he sees a “once-in-a-lifetime” opportunity as the nation’s top law enforcement official to toughen the country’s immigration policies.”

“But he may be losing that battle as well. Mr. Sessions played a prominent role announcing the end of the Obama-era program that provided protection to the children of undocumented immigrants, only to see his boss backtrack on the policy. On Thursday morning (9/14/17), Mr. Trump confirmed he had reached a deal with Democrats to provide protections for the so-called “Dreamers.”

“The president’s outburst came in the middle of an Oval Office meeting Mr. Trump had with top advisers on May 17, to discuss candidates to take over the F.B.I. after the president fired its director, James B. Comey, earlier that month. In addition to Mr. Sessions, Vice President Mike Pence, Donald F. McGahn III, the White House counsel, and several other aides attended the meeting.”

“In the middle of the meeting, Mr. McGahn received a phone call from Rod J. Rosenstein, the deputy attorney general who had been overseeing the Russia investigation since Mr. Sessions recused himself from the inquiry months earlier. Mr. Sessions had stepped aside after it was revealed he had not provided accurate testimony to Congress about his meetings with the Russian ambassador during the presidential campaign.”

“In the telephone call to Mr. McGahn, Mr. Rosenstein said he had decided to appoint Mr. Mueller to be a special counsel for the investigation. Congress had been putting pressure on Mr. Rosenstein to appoint a special counsel to put distance between the Trump administration and the Russia investigation, and just the day before The New York Times had revealed that Mr. Trump had once asked Mr. Comey to end the F.B.I.’s investigation into Michael T. Flynn, the former national security adviser.”

“When the phone call ended, Mr. McGahn relayed the news to the president and his aides. Almost immediately, Mr. Trump lobbed a volley of insults at Mr. Sessions, telling the attorney general it was his fault they were in the current situation. Mr. Trump told Mr. Sessions that choosing him to be attorney general was one of the worst decisions he had made, called him an “idiot,” and said that he should resign.”

“Mr. Sessions told the president he would resign and left the Oval Office. That evening, as the Justice Department publicly announced the appointment of Mr. Mueller, the attorney general wrote a brief resignation letter to the president that was later sent to the White House. A person familiar with the events raised the possibility that Mr. Sessions had become emotional because the impact of his recusal was becoming clear.”

“In the hours after the Oval Office meeting, however, Mr. Trump’s top advisers intervened to save Mr. Sessions’s job. Mr. Pence, Stephen K. Bannon, the president’s chief strategist at the time, and Reince Priebus, his chief of staff, all advised that accepting Mr. Sessions’s resignation would only sow more chaos inside the administration and rally Republicans in Congress against the president. Mr. Sessions, a former Alabama senator, served in the Senate for 2 decades.”

“For Mr. Sessions, the aggressiveness with which Mr. Trump has sought his removal was a blow. The son of a general store owner in a small town in Alabama, Mr. Sessions had long wanted to be the nation’s top federal law enforcement official or to serve in another top law enforcement or judicial post. He earned a reputation in the Senate as someone tough on immigration, and was the first senator to back Mr. Trump in the presidential campaign.”

“But their relationship began to deteriorate little more than a month after Mr. Trump was sworn in as president, after Mr. Sessions’s announcement that he was recusing himself from the Russia inquiry caught Mr. Trump by surprise.”

“The president spent months stewing about the recusal. In a July 19 interview with The Times, Mr. Trump said he never would have appointed Mr. Sessions to be attorney general if he knew he was going to recuse himself from the Russia investigation. Mr. Trump called the decision “very unfair to the president.” 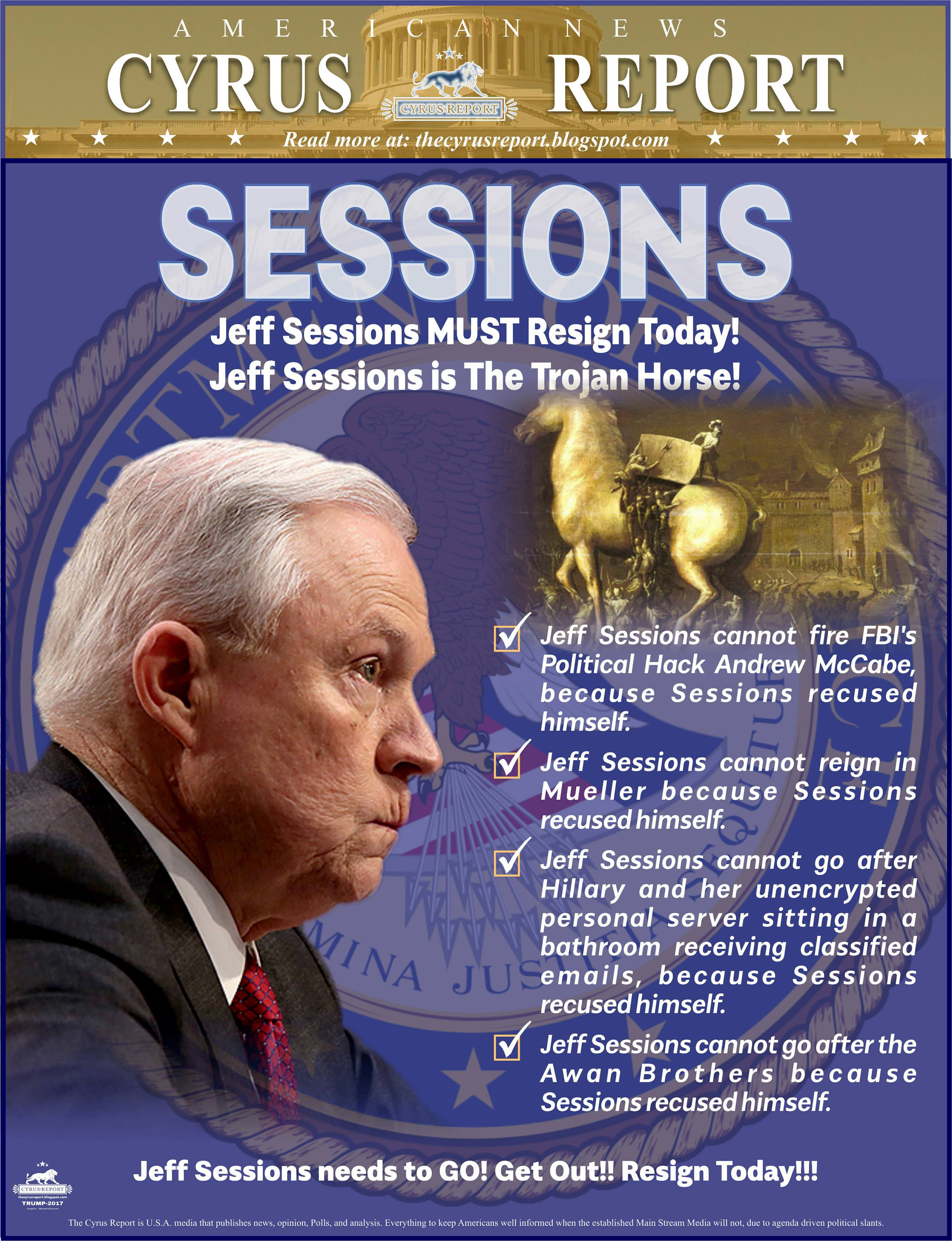 “People close to Mr. Sessions said that he did not leave because he had a chance to have an impact on what he sees as an issue of his career: curtailing legal and illegal immigration.”

“In recent weeks, he has spearheaded the effort to undo what he believed to be the Obama administration’s dangerously lenient immigration policies.”

“He told people he felt he had successfully pushed the president toward ending the Obama immigration policy, and thought it had given him increased leverage in the West Wing.”

“On Sept. 5 Mr. Sessions stood alone at a lectern  (announcing the end of DACA)— a moment that seemed to be a significant victory for the attorney general.”

“But his satisfaction was fleeting.

“On Wednesday evening (9/13/17), Democrats announced they had reached a deal with the president to quickly extend protections for young undocumented immigrants.”

“On Thursday morning (9/14/17), taking a vastly different position than the one Mr. Sessions had announced on Sept. 5, the president tweeted about the need for protections for people brought here “through no fault of their own.”