aside No Way Are White Supremacist Groups And Antifa Equally Violent

There is no defense for the republican Donald Trump’s attempts to promote a moral equivalency between hate groups like the KKK, neo Nazis, White supremacists and those who oppose them, now lumped into a category called, Antifa.

On August 19, 2017, Bethania Palma of Snopes makes distinctions between the levels of violence demonstrated by hate groups and those who oppose them, Are ‘Antifa’ and the Alt-Right Equally Violent? Its answer: “Violence has been ratcheting up on all sides during white supremacist rallies in recent months — but “antifa” is not planning the rallies, and statistically poses a lesser danger.”

“In the hours and days following the deadly “Unite the Right” rally on 12 August 2017, President Donald Trump laid the blame for the violence that took the lives of three people in Charlottesville, Virginia on “many sides.”

“The claim that white supremacists and counter-demonstrators carry equal responsibility for the weekend melee in Charlottesville has been widely rejected — both Democrat and Republican lawmakers have repudiated the views espoused by rally attendees who were seen using racist and anti-Semitic epithets and carrying Nazi symbols. But the president’s comments have drawn attention to far left demonstrators known as “antifa” (short for anti-fascist), who have been showing up to counter white supremacist rallies, sometimes violently).”

“However, videos of a car ramming into a group of pedestrians protesting the rally doesn’t show any antifa in the crowd that was hit. Instead, Heather Heyer, the 32-year-old woman who was killed, was a Charlottesville local and many of the people in the area appeared to be regular demonstrators. Nevertheless on the day she was killed, President Trump said:”

“We condemn in the strongest possible terms this egregious display of hatred, bigotry and violence, on many sides. On many sides.” “Two days later, under pressure to condemn white supremacist violence, President Trump revisited the issue, but blamed the “alt-left,” a made-up term probably meant to refer to “antifa.” He said:”

“Even though the people who died amid the unrest have not been linked to antifa (the other two victims were police officers), questions have since been raised about the violence at the weekend rally and further potential for violence at upcoming events by both the alt-right (a term that encompasses different strands of white supremacist factions) and the antifa activists who come out to meet them. Experts tell us that statistically, historically, and in terms of philosophy the alt-right poses a bigger threat and greater evil, but the violence at political demonstrations has been ratcheting up in recent months.”

“Brian Levin, criminal justice professor at California State University at San Bernardino who is an expert on hate groups, said ideology aside, street violence is generally increasing at political demonstrations, as extremist groups are egged on by each other’s words and actions:”

“To be sure, there is a violent subsection of antifa which is getting much publicity and much more prominent — to say they’re not is just false. By the same token there isn’t a moral equivalency in philosophy, but there is an escalating arms race with regard to extremists on different sides, of which I think alt-right are now at the forefront.”

“But, he pointed out, “antifa” isn’t as organized as the alt-right, and doesn’t have the access to the channels of publicity and governmental influence that the alt-right does:’

“Marilyn Mayo, senior research fellow for the Anti-Defamation League’s Center on Extremism, said that statistics show that radical leftists have been dramatically less likely to kill people than their counterparts on the opposite side of the political spectrum. Over the past decade, extremists of every stripe have killed 372 Americans. 74 percent of those killings were committed by right wing extremists. Only 2 percent of those deaths were at the hands of left wing extremists. Mayo told us:”

“I don’t want to give moral equivalence to the two sides because one side is fighting against white supremacy.  On the Antifa side, they’ve never murdered anyone but there have been many murders done by white supremacists, so we have to be concerned about that movement.”

You have an escalation of rhetoric and you have people who are willing to fight it out in the streets. With this political polarization in the country right now, you have people who come dressed for battle, and when they confront each other it can lead to violence.”

“This is kind of a watershed moments because we saw one of the largest and most violent white supremacist rallies in over a decade. It brought together a lot of strains under one umbrella and the fact these groups were able to unite shows they feel the moment is very ripe to get their message out and be in the streets. They’re not afraid to be out and open in their views. When you have people who have so much hate and bigotry, shouting things like “Jews will not replace us,” it shows that they are rearing for action. And there’s always the potential for violence when you have hate groups going out into the streets.”

“John Sepulvado, a reporter who has been covering far-right groups for Bay Area public radio station KQED, told us the violence at recent alt-right demonstrations has been used to recruit, and when “antifa” shows up to fight them it can play into their game plan. “They’re turning the traditional desire for objectivity by the media on its head,” he told us.”

“Citing a lyric from rapper Jay Z’s song “Takeover” that says, “A wise man told me don’t argue with fools, cause people from a distance can’t tell who is who,” Sepulvado told us the pattern of inciting violence at rallies from the alt-right has gone this way:”

“Announce an event that’s going to piss everyone who has common sense off, something so outrageous it’s going to piss 99 percent of the population off, then when someone gets on Twitter [and threatens them], send out a press release saying, “we can’t practice our free speech rights because of leftist violence.” Then show up anyway. They have canceled so many rallies that they showed up at anyway and still rallied. The “threat of leftist violence” means they need to wear body armor and bring weapons. If it’s an open carry state they’ll have [firearms]. If it’s not an open carry state they’ll bring firecrackers and sticks.”

“And then when someone… pushes them or spits on them, they’ll use that as an excuse to strike out. Then the leftists will strike out, and the media won’t know who’s who.” 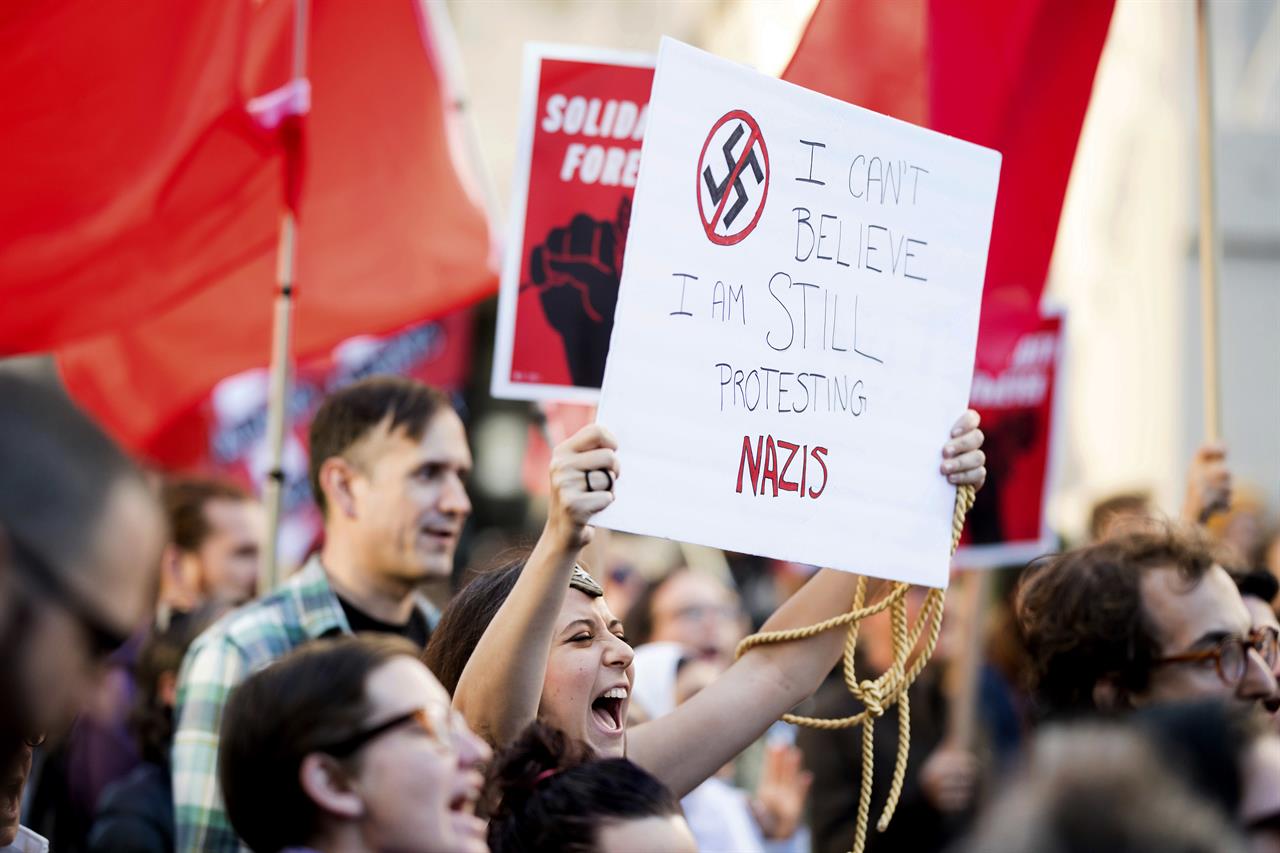 “The important distinction, he said, is that “the leftists aren’t organizing the protests.” They’re just responding. Sepulvado added:”

“You know [the alt-right] is guiltiest when they say, “look at them, we’re not the only ones.” They’re not arguing whether the [car attack] was actually committed, they’re just trying to bring everyone down in the muck with them. This is like a bottom feeding monster trying to convince the world that dolphins are ugly creatures.”