What the republican President Donald Trump and the US Secretary of State Rex Tillerson don’t get is that diplomacy is a crucial component of preventing the recent highly intense drama between North Korea and the USA. Diplomacy is significantly less effective when the dialogue between countries and other interested parties occur only when there is an imminent pending catastrophe. This is because relationships and reliable contacts have not been developed and nurtured over time to prevent misunderstandings and to encourage better communication channels.

These two businessmen with transactional type thinking need to conceptualize diplomats as a business with high cost products sending out a competent sales team to set the groundwork for where a major deal can be made. Having high level executives walk into another business to make a sale, cold turkey will not likely result in a successful outcome.

“Long called the Super Bowl of diplomacy, the opening session of the United Nations General Assembly attracts diplomats from 193 nations and dozens of heads of state. And every September, hundreds of State Department specialists in regional politics or subjects such as nuclear nonproliferation use the gathering to meet their counterparts from other nations without having to trek to the far corners of the world.”

“Under orders from Secretary of State Rex W. Tillerson, the department’s overall diplomatic delegation to the meetings that start Tuesday is expected to include about 140 officials, down from twice that number last year. Two weeks ago, the number was hovering around 80. But fierce internal complaints and questions from The New York Times led officials to make dozens of last-minute additions.”

“Even so, the reduced delegation means that scores of meetings traditionally held by American officials will not occur.” “The Africa bureau, for instance, was initially told to slash its delegation of 30 top diplomats to 10 and then to reduce that number to just three, according to an Aug. 23 roster. The South and Central Asia bureau saw its delegation go from 30 to 10 to seven, the roster showed. A host of bureaus had their delegations eliminated entirely, including those for democracy and human rights, human trafficking, oceans and the environment, cyberissues, military issues and foreign assistance, the Aug. 23 roster showed.”

“The changes are part of a wholesale rethinking by Mr. Tillerson of how the State Department conducts diplomacy. That rethinking has led Mr. Tillerson, a former chief executive of Exxon Mobil, to leave many jobs unfilled and preside over a restructuring scheduled to begin next year that will shrink the department’s work force and recast its duties.”

“For the State Department’s diplomats — already deeply skeptical of Mr. Tillerson’s lack of foreign policy experience, his inability to make timely decisions, put a leadership team in place or express a global strategy — the cuts are further evidence of his lack of understanding of what the department does.”

“These cuts are needlessly stupid,” said Eliot A. Cohen, a top department official during the administration of President George W. Bush. “So much of what diplomacy is about is building and maintaining relationships.”

“Congressional critics have sounded much the same theme, and have not reacted positively to Mr. Tillerson’s plans for cuts or restructuring. Senator Lindsey Graham, a Republican from South Carolina who leads the subcommittee that controls the State Department’s budget, issued a spending plan last week that largely rejected Mr. Tillerson’s proposed cuts, saying, “Now is not the time for retreat.”

“Mr. Tillerson will be with President Trump in New York for part of the week, participating in the president’s expected meetings with world leaders. But people familiar with Mr. Trump’s thinking say the president and his top staff are increasingly unhappy with Mr. Tillerson, particularly after he sharply criticized Mr. Trump’s reaction to the racially charged violence in Charlottesville, Va.”

“Mr. Tillerson has rejected those rumors, and his spokesmen say that his efforts at streamlining are a vital task.”

“In terms of the smaller footprint, there will be some support staff who will not be going this year because we recognize that there is a thing called technology, there’s this thing called email,” said Heather Nauert, the department’s spokeswoman, referring to the department’s General Assembly delegation. She added, “The secretary firmly believes coming out of the private sector that we all need to be good stewards of taxpayer dollars.”

“On Thursday (9/14/17), Mr. Tillerson said in remarks to employees that the most important thing he could do during his tenure was to make the State Department more efficient. For him and his top aides, saving tens of thousands of dollars on unnecessary hotel rooms is a sign of good stewardship. For his diplomats, it shows that he fails to understand the importance of routine diplomacy below his level.” 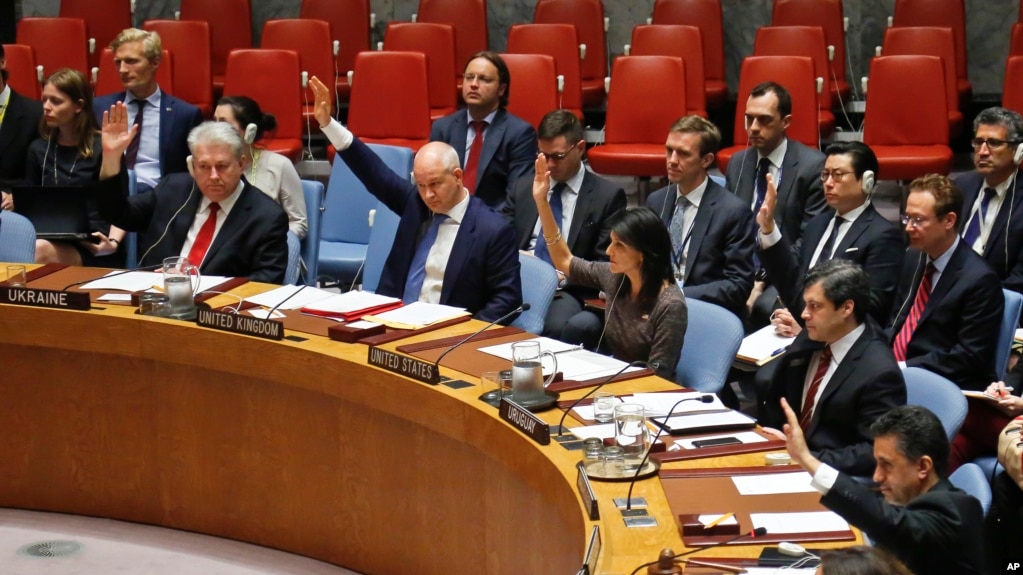 “Sharply reducing the American diplomatic presence at the United Nations “creates a vacuum of leadership and partnership by the U.S. which will be filled only too readily by others,” said Nisha Biswal, a former assistant secretary of state for South and Central Asia.”

“Critics of Mr. Tillerson point to other examples besides the cutback at the United Nations.”

“He canceled a host of midlevel discussions with Chinese diplomats in favor of a few high-level talks in hopes of generating as-yet-unrealized breakthroughs. Dialogues with less strategically important countries like Argentina, Brazil and Nigeria have become far less frequent, with American diplomats being told that Mr. Tillerson would not be nearly as available as his predecessors even for brief appearances at such events. Foreign ministers from countries like Colombia have been unable to get meetings with him.”

“On Friday (9/15/17), the department hosted the Community of Democracies, a conclave of leaders from more than 100 nations. But for months, no one knew whether the meeting would actually take place, because Mr. Tillerson refused to approve it. Embassies finally received the official invitation on Sept. 7 — eight days before the event began.”

“The delay meant that only a handful of the nearly 30 foreign ministers invited and about a third of the activists expected were able to attend, according to Robert Herman, a vice president at Freedom House, which received a grant from the State Department to help organize the event. Some foreign activists were not able to get visas in time, while others had long since made alternative plans they could not break, he said. Those who did come had to pay premium prices for last-minute arrangements.”

“Such delays are routine now. In his first overseas trip in February, Mr. Tillerson and his entourage took rooms at a rambling health clinic and spa next to a public bathhouse in a tiny town 20 miles outside Bonn, Germany, because all the good hotel rooms in the city had been booked by the time he decided to go.”