If the republican President Donald Trump wanted to appear over the top on the world’s stage, he couldn’t have delivered a better performance today (9/19/17) than he did with his speech in front of world leaders at the United Nations. Any tradition and niceties practiced by UN diplomats went out the window. It may take observers some time to recover from the shock.

He repeated his disdain for the 2015 US-Iran Nuclear Deal. Backing away from this deal constructed with other nations without verification that Iran hasn’t abided by the rules in the agreement, would signal to other nations, that the US cannot be trusted to make a deal that won’t be revoked at its convenience.

“President Trump brought a characteristically confrontational message to the United Nations on Tuesday as he vowed to “totally destroy North Korea” if it threatened the United States or its allies and denounced the nuclear agreement with Iran as “an embarrassment” that he may abandon.”

“In his first address to the United Nations General Assembly, Mr. Trump framed the conflicts with “rogue regimes” like North Korea, Iran and Venezuela as a test of the international system. With typically bombastic flourishes like vowing to crush “loser terrorists” and labeling North Korea’s leader, Kim Jong-un, “Rocket Man,” Mr. Trump at times dispensed with the restrained rhetoric many American presidents use at the United Nations.” 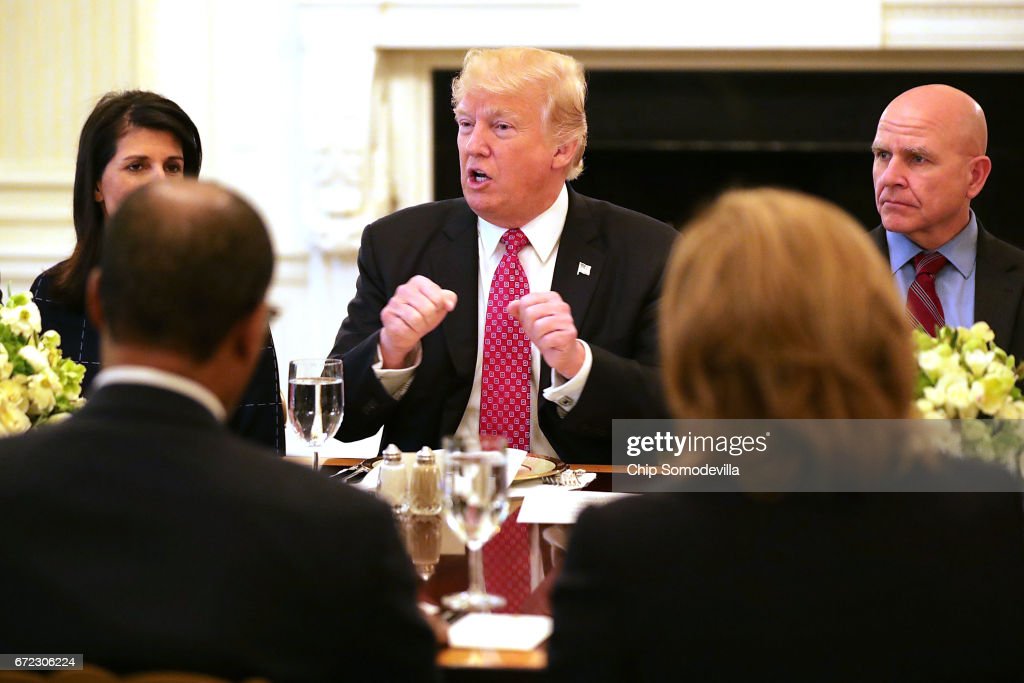 “If the righteous many do not confront the wicked few, then evil will triumph,” he said as the audience of presidents, prime ministers, monarchs and diplomats remained largely stone-faced. “When decent people and nations become bystanders to history, the forces of destruction only gather power and strength.” He asserted that some parts of the world “are going to hell.”

“He also sought to explain his America First policy to an audience concerned about what it means for United States leadership in the world. From the dais of an organization meant to bring nations together, Mr. Trump argued that nationalism can be the foundation for strong nations to join common causes. He repeatedly used the word “sovereignty” to describe his approach in a setting where the term traditionally has been brandished by nations like Russia and China to deflect criticism of their actions.”

“Mr. Trump singled out North Korea for his harshest words, broadening his indictment of the Pyongyang government beyond just its pursuit of nuclear weapons to its treatment of its own people and captured foreigners like the American college student who died shortly after being released and sent back to the United States.”

“No nation on Earth has an interest in seeing this band of criminals arm itself with nuclear weapons and missiles,” Mr. Trump said. “The United States has great strength and patience, but if it is forced to defend itself or its allies, we will have no choice but to totally destroy North Korea. Rocket Man is on a suicide mission for himself and for his regime.” 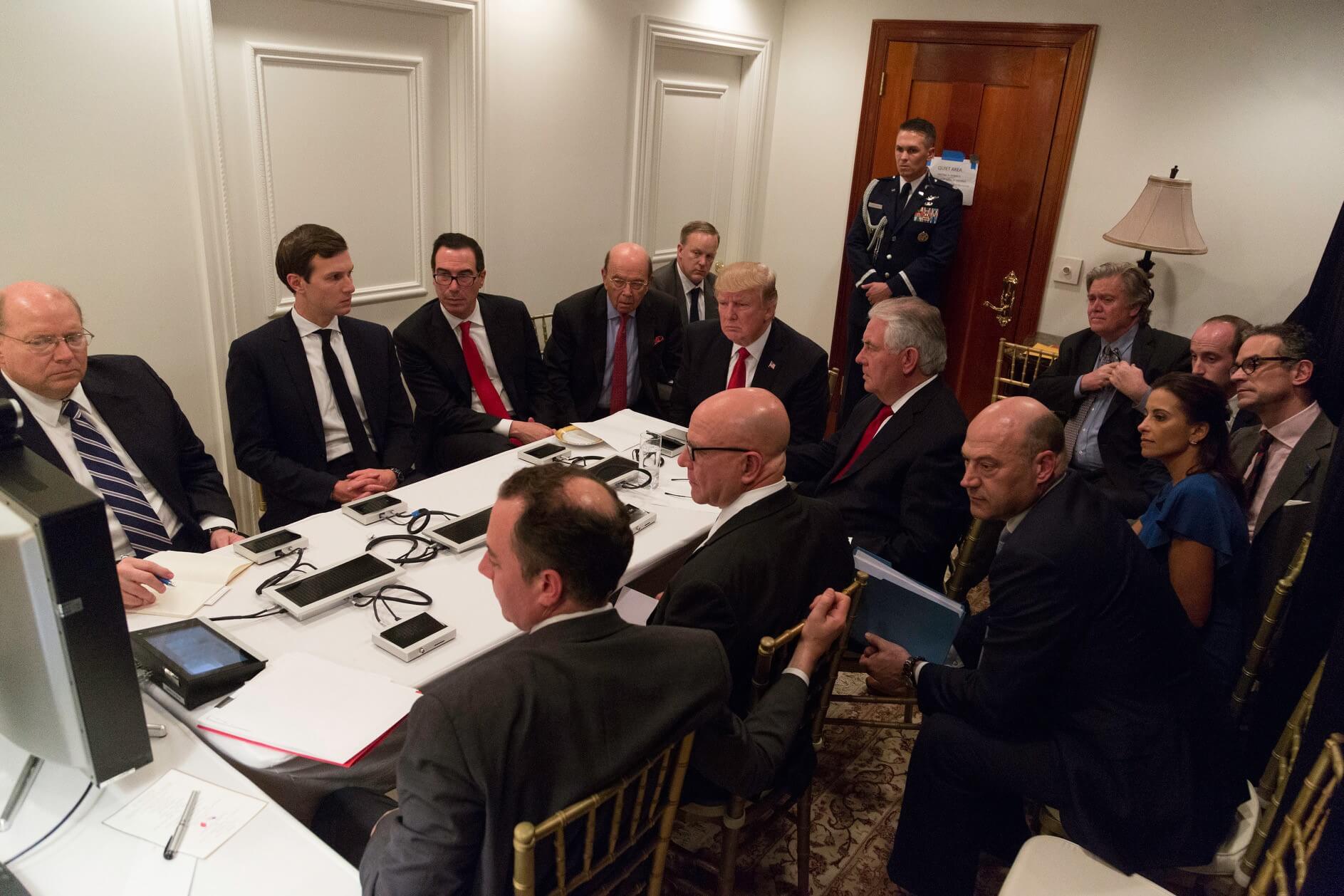 “Mr. Trump also chastised China for continuing to deal with its rogue neighbor. “It is an outrage that some nations would not only trade with such a regime, but would arm, supply and financially support a country that imperils the world with nuclear conflict,” the president said.”

“He went on to assail the Iran agreement, which was negotiated by President Barack Obama and leaders of five other powers and ratified by the United Nations Security Council to curb Tehran’s nuclear program for a decade in exchange for lifting international sanctions. Under American law, Mr. Trump has until Oct. 15 to certify whether Iran is complying with the agreement, which he has done twice so far since taking office. But he has made clear that he would prefer not to do so again, which could result in the unraveling of the accord.”

“The Iran deal was one of the worst and most one-sided transactions the United States has ever entered into,” Mr. Trump told the United Nations audience. “Frankly, that deal is an embarrassment to the United States, and I don’t think you’ve heard the last of it, believe me.”

“The tough words cheered the delegation from Israel, whose prime minister, Benjamin Netanyahu, and advisers applauded. “In over 30 years in my experience with the U.N., I never heard a bolder or more courageous speech,” Mr. Netanyahu said afterward. “President Trump spoke the truth about the great dangers facing our world and issued a powerful call to confront them in order to ensure the future of humanity.”

“Others called his speech over-the-top. “If Trump was determined to demonstrate to the world that he is unhinged and an imminent danger to world peace, he has succeeded with this speech, and will only make it harder for him to win over the world to his self-destructive goals,” said Trita Parsi, president of the National Iranian American Council,”a Washington-based group that is critical of the Tehran government but advocates more engagement.”

“President Emmanuel Macron of France, who has a friendly relationship with Mr. Trump, took sharp exception to the most combative points in the American leader’s speech. In his General Assembly address, Mr. Macron called the Iran agreement “solid, robust and verifiable,” and said renouncing it would be a “grave error.” 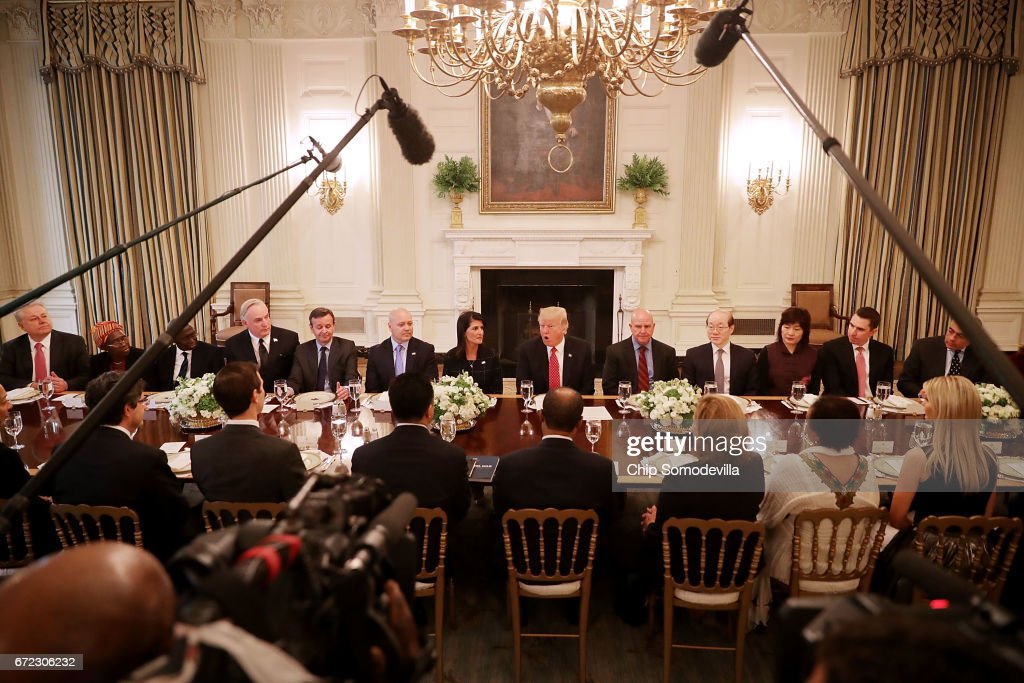 “While he shared Mr. Trump’s assertion that North Korea’s nuclear belligerence was dangerous and unacceptable, Mr. Macron said multilateral diplomatic pressure was the best solution. “France rejects escalation and will not close any door to dialogue,” he said.”

“The French president also confronted a big issue Mr. Trump conspicuously omitted, climate change. “The planet will not negotiate with us,” Mr. Macron said, referring to the Paris climate accord that Mr. Trump has renounced.”

“He added that he hoped the US might yet rejoin the accord.” 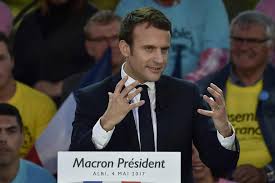 “Mr. Guterres criticized what he called “closed doors and open hostility” in the face of vast refugee crises and called on countries to treat those crossing borders with “simple decency and human compassion.”

“Mr. Trump arrived at the United Nations with a more overtly nationalist approach than past American presidents, predicated on a belief that the United States has been taken advantage of in areas like trade, security and other international affairs. In addition to abandoning the Paris accord, he has renounced the Trans-Pacific Partnership trade pact with 11 other nations and threatened to scrap the North American Free Trade Agreement if it is not renegotiated to his liking.’ 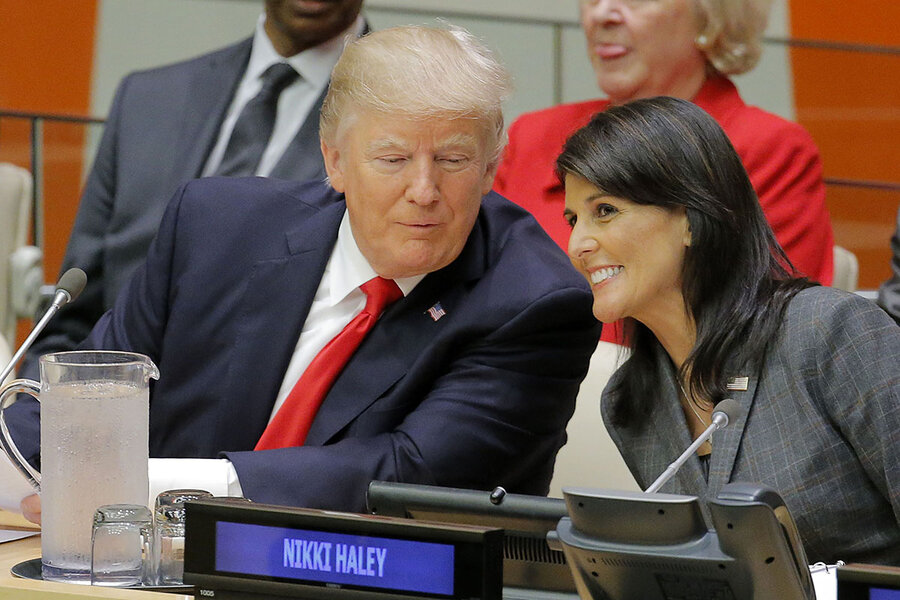 “The United States will forever be a great friend to the world, and especially to its allies,” he went on. “But we can no longer be taken advantage of or enter into a one-sided deal where the United States gets nothing in return. As long as I hold this office, I will defend America’s interest above all else. But in fulfilling our obligations to our own nations, we also realize that it’s in everyone’s interest to seek a future where all nations can be sovereign, prosperous and secure.”

“Mr. Trump mentioned only in passing one of the most prominent examples of a violation of sovereignty in recent years, the still-unresolved Russian intervention in Ukraine and annexation of Crimea. But he went on to denounce the actions of Venezuela’s government against its own people without explaining how that fit into his concept of respecting sovereignty.”

“The Socialist dictatorship of Nicolás Maduro has inflicted terrible pain and suffering on the good people of that country,” Mr. Trump said. “This corrupt regime destroyed a prosperous nation by imposing a failed ideology that has produced poverty and misery everywhere it has been tried.”

“The focus on sovereignty drew mixed reviews. “The speech was more positive than what was anticipated,” said President Sauli Niinistö of Finland. “There were a few tough comments, especially on North Korea. He stressed the sovereignty of nations. In my view, he meant that every country and leader should take responsibility for their people’s well-being.”

“Aaron David Miller, a former American peace negotiator now at the Woodrow Wilson International Center for Scholars in Washington, said Mr. Trump “awkwardly tried to reconcile” his nationalist approach with the international orientation of the United Nations. “President Trump’s speech was a confusing hodgepodge of tropes, themes and threats that made one unmistakable point: there is no coherent Trump Doctrine,” he said.”

“After the speech, the president attended a lunch hosted by Mr. Guterres for more than 200 leaders and diplomats. In a toast, Mr. Trump played down his years of deriding the United Nations and offered a positive view of its future. “For years, I’ve been a critic,” he said, “but I’ve also been somebody that said the United Nations has tremendous potential.”

“The president also planned to meet separately with Sheikh Tamim bin Hamad al-Thani, the emir of Qatar, a Persian Gulf state Mr. Trump has accused of being a “funder of terrorism.”

“Mr. Trump has tried to mediate a standoff between Qatar and other Arab countries. Qatar has sought to convince Mr. Trump that he is wrong about its links to radicalism.”