aside On September 19, 2017, A Major Earthquake Devastates Mexico City

On September 19, 2017 Mesico suffered its second major earthquake within a period of two weeks. This one hit Mexico City, hard.

“A powerful earthquake struck Mexico on Tuesday afternoon (9/19/17), toppling buildings, rattling the capital and sending people flooding into the streets for the second time in just two weeks.”

“More than 230 people have been reported killed across the country, including many in the state of Morelos, close to the epicenter of the quake. But the figure is expected to climb higher, especially because rescuers were still frantically digging out people trapped beneath mounds of rubble.”

“The earthquake occurred shortly after 1 p.m. local time about 100 miles from Mexico City. It registered a preliminary magnitude of 7.1, causing heavy and prolonged shaking in the capital.”

“During the quake, more than 20 buildings and other structures in Mexico City fell, including at least two schools, officials said, crushing cars and trapping some people inside. Emergency workers and ordinary citizens raced to the site of downed structures, lifting rubble with their hands in an attempt to free anyone stuck underneath.”

“It also came less than two weeks after the most powerful earthquake in Mexico in a century, an 8.1 magnitude quake that killed at least 90 people, destroyed thousands of homes and was felt by tens of millions of people.”

“Residents in Mexico City, having just experienced shaking from that quake, said the tremors on Tuesday were far worse.

“It’s like Sodom and Gomorrah, like God is angry” at us,” said Jorge Ortiz Diaz, a 66 year-old government employee who was assisting with the rescues on Tuesday, his eyes filling with tears. “Now is the moment when solidarity begins.”

“In parts of the city, the wreckage was evident immediately, including damage to the main airport. Nearly all residents of the capital remained outside even after the shaking faded, fearful of returning to their buildings.”

“In the neighborhood of Roma Norte, an entire office building collapsed. Rescue efforts at the offices were getting underway to save people trapped in the rubble. Several people suffered injuries and were whisked away in ambulances. Others lay on the ground covered in dust. An unknown number remained trapped or crushed inside.”

“Talia Hernández, 28, was on the second floor of the building, taking a tattoo class. When the earthquake hit and tore through the structure, she said, she rolled down the stairs as they were collapsing. She managed to escape the building but broke her foot in the process.”

“Ms. Hernández said other people had also managed to flee, but even the perimeter of the building remained dangerous. The heavy smell of leaking gas permeated the air, as it did across damaged parts of the city. Emergency personnel at the scene were pushing bystanders away, fearing an explosion.”

“The scene was cordoned off, and the injured were being carted away on gurneys and placed in ambulances. The building itself was unrecognizable – it had fallen entirely. The rubble, a brown-colored cement, rose nearly 20 feet high. The neighboring building was partially torn in the collapse as well.”

“Angela Cota, 52, an administrative secretary who worked in the building on the first floor, said that just as she and others were fleeing the building, parts of it fell around them. They, too, managed to get out, but it was unclear how many people remained stuck beneath the rubble.”

“Gabriela Hernández, 28, lay on a gurney, covered in blood and nearly speechless. Her boyfriend stood beside her, clutching her IV bag. The blood was not hers, they said; it belonged to someone who had fallen on top of her when the building went down. She said she had been on the sixth floor when it happened, yet managed to escape.”

“The scene grew frantic as dozens of medical workers, police officers and firefighters shouted to see what people needed. They were hastily trying to make a pulley system to free people still trapped near the top of the rubble heap. Construction workers from a nearby site raced to the scene and lined up to help, bearing long wooden poles to help lift pieces of the structure.” “Buildings also collapsed across the neighborhoods of Condesa, another fashionable district in the city constructed atop soft soil and extremely vulnerable to earthquakes. Outside, thousands and thousands stood in the streets, avenues and sidewalks, filling the popular neighborhoods with a sense of dread.”

“On Laredo Street, an entire eight-story apartment building had fallen into the road, leaving an enormous heap of concrete and rubble pouring into the street. At least 100 people stood atop the pile clearing it by hand, piece by piece, passing boulders and twisted steel pipes along a human chain that radiated from the heap like spokes.” 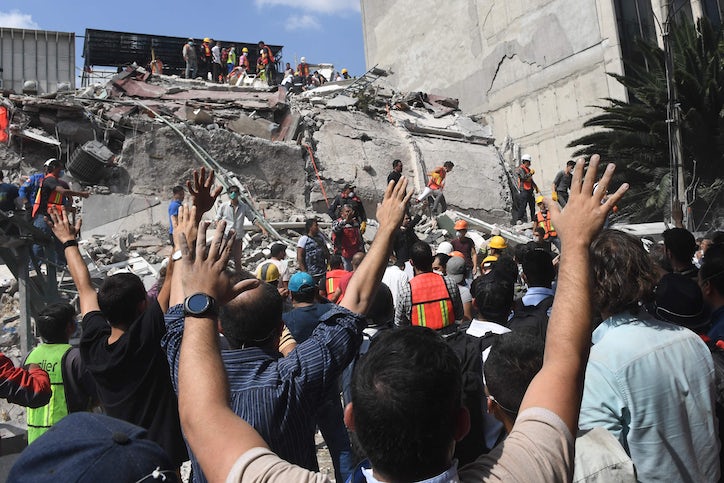 “The sound of shouts filled the air, men barking orders at one another. Then came a call for silence — to listen for the voices of anyone trapped inside, screaming for help.”

“Standing on the sidewalk, Salomón Chertorivski, the secretary of economic development for Mexico City, said he believed that 10 people were trapped inside the structure.”

“Whoever isn’t helping, leave,” one worker shouted to no one in particular.

“Witnesses had watched in horror as people tried to escape before the building collapsed.”

“It fell straight down,” said Moises Escobar, 25, a recent college graduate. “There was a lot of smoke and dust.”

“Workers continued their mad scramble to pull those from the wreckage. “

“That collective spirit filled the disaster site, as neighbors and those passing by joined to help.”

“Alexia Meza, 23, was in a nearby building when the collapse occurred. “You could hear the screams,” she said.”

“She raced into the crowd surrounding the fallen building, her arms raised to collect whatever debris workers were passing down to clear from the site.”

“The epicenters of Tuesday’s earthquake and the larger one on Sept. 7 were more than 400 miles apart, but they both occurred in a region where one of the earth’s crustal plates, the Cocos, is sliding beneath another, the North American.”

“Paul Earle, a seismologist with the United States Geological Survey, said it was too early to say whether there was any connection between the two quakes. Although the first was much stronger, the one on Tuesday was much closer to Mexico City, causing more damage in the capital.” 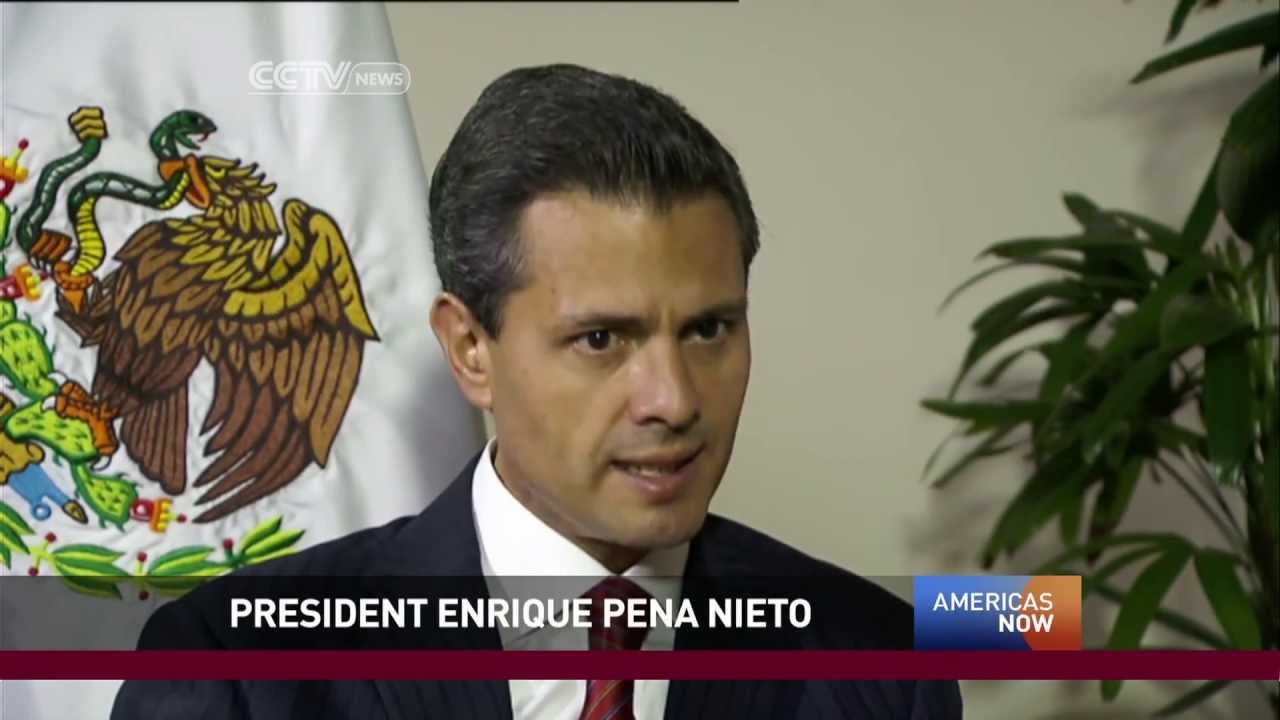 “President Enrique Peña Nieto said on Twitter that he had been flying to Oaxaca at the time of the earthquake and had immediately returned to Mexico City.”

“He said the National Emergency Committee would meet when he arrived to assess the situation and coordinate relief efforts.”

“Emotions ran high as everyone waited for people to be pulled from the fractured structure in the Roma Norte neighborhood. Tearful outbursts clashed with shouts for help and the din of trucks and crews working feverishly.”

“She had been in the same tattoo class as Ms. Hernández, on the second floor. As she emerged, a round of applause erupted from the hundreds of workers and rescuers nearby.”

“Others with loved ones inside urged rescuers to persist.”