aside HHS Secretary Tom Price Has Resigned From His Post On September 29, 2017

TV new journalists have been reporting that the republican President Donald Trump has accepted the resignation letter dated September 29, 2017 by the ( U.S. Department of Health and Human Services) HHS Secretary Tom Price.

The White House has announced that Don Wright, a top deputy at HHS, will be serving as acting secretary of Health and Human Services until a new secretary can be confirmed by the Senate.

Here is the rest of the story as to what occurred prior to Mr. Price’s departure...

“President Donald Trump said he would decide later on Friday (9/29/17) whether to keep Tom Price in the job as U.S. Health and Human Services secretary, expressing disappointment in Price’s use of expensive ($400,000) private charter flights for government business.”

“Trump, currently trying to sell his tax cut plan and oversee the federal response to devastation wreaked by three hurricanes, saw the Price drama as an unnecessary distraction and behind the scenes was telling aides “what was he thinking?,” a source close to the president told Reuters.”

“Price promised on Thursday (9/28/17) to repay the nearly $52,000 cost of his seats on private charter flights. “The taxpayers won’t pay a dime for my seat on those planes,” Price, a former congressman, said.” 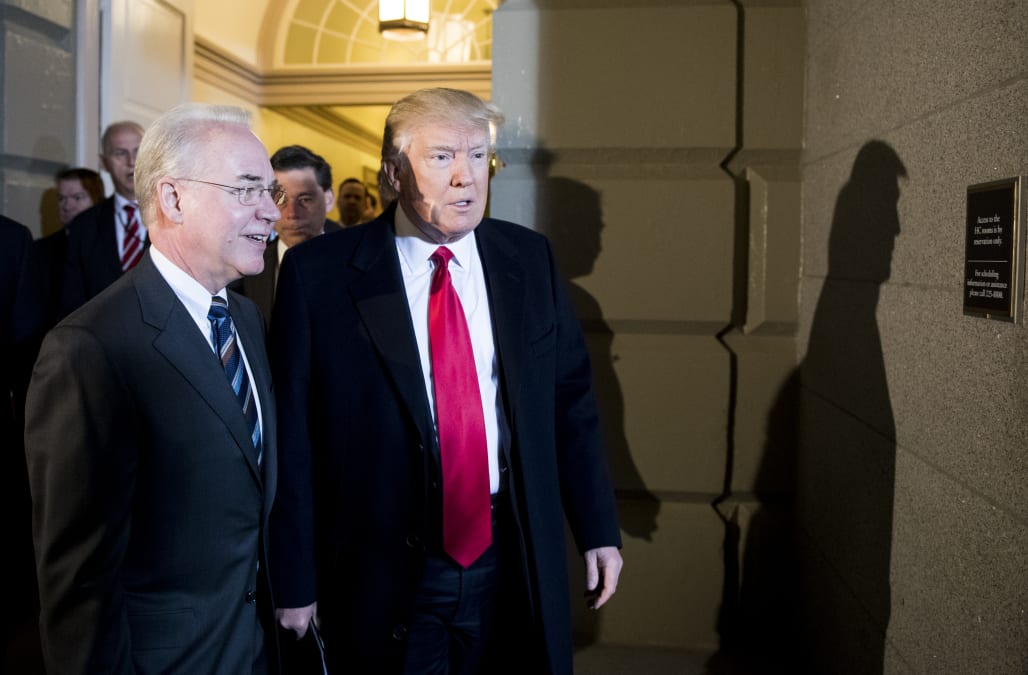 “Trump told reporters that the “optics” of Price’s travel were not good since, as president, he is spending a lot of time trying to renegotiate U.S. contracts to get a better deal for taxpayers.”

“Price was also seen in the White House as having been ineffective in getting Congress to pass healthcare reform legislation, an effort that has fizzled on Capitol Hill.”

“Price was one of a handful of senior officials in Trump’s administration put on the defensive over reports about their use of charter flights and government aircraft, sometimes for personal travel, when they could have flown commercial for less money.”

“Washington news media outlet Politico has reported that Price had taken at least two dozen private charter flights since May at a cost to U.S. taxpayers of more than $400,000.”

“Politico in a report on Thursday night (9/28/17) said the White House had approved the use of military aircraft for other trips by Price to Africa, Europe and Asia in the spring and summer that cost taxpayers more than $500,000.”

“Senior U.S. government officials travel frequently, but are generally expected to keep costs down by taking commercial flights or the train when possible.”

“Environmental Protection Agency Administrator Scott Pruitt and Treasury Secretary Steve Mnuchin have also been in the spotlight for their travel habits.”