The following is a tale of the US congress republicans woes…

On October 5, 2017, Jonathan Martin and Alexander Burns of the New York Times penned the following report, “For Republican Leaders in Congress, the Headaches Keep Mounting.”

“Republican leaders in Congress are under attack from all sides of their own party, battered by voters from the right and left, spurned by frustrated donors and even threatened by the Trump White House for ineffective leadership and insufficient loyalty.”

“Since last week, Senate Republicans lost one of their own when Roy S. Moore, the firebrand former state judge, trounced Senator Luther Strange in a Senate runoff in Alabama. The retirement of Senator Bob Corker of Tennessee kicked off a potentially fratricidal fight for his seat, with the establishment’s preferred successor, Gov. Bill Haslam, declining to run on Thursday.”

An audiotape surfaced of Vice President Mike Pence’s chief of staff, Nick Ayers, lambasting Republican leaders and urging conservative donors to close their wallets to lawmakers who are disloyal to President Trump. And a House Republican, Tim Murphy of Pennsylvania, was forced to resign this week after a text from his mistress became public in which she mocked him for trumpeting his staunch opposition to abortion as he pressured her to terminate a pregnancy.

“Senator Richard C. Shelby, Republican of Alabama, who was first elected to Congress in 1978, said he had never seen rank-and-file Republicans so stirred up against the party’s leaders in Congress.”

“Republican leaders on Capitol Hill are making no attempt to mask their fear, predicting that failure to pass a tax overhaul in the coming months will lead to a wipeout in next year’s midterm elections. For the first time, some senators are contemplating whether their advantages on the electoral map next year could crumble amid a wave of primary challenges and other departures, putting their two-seat majority in jeopardy next year.”

“Republicans are increasingly mystified by their own grass roots, an electorate they thought they knew, and distressed that a wave of turnover in their ranks could fundamentally change the character of Congress. They fear that the inchoate populism that Mr. Trump personifies, and which Mr. Bannon is attempting to weaponize against incumbents, is on the march.”

“Mr. Trump is not helping. Speaking at a high-dollar fund-raiser for his re-election at Le Cirque restaurant in New York last week, Mr. Trump asked contributors what they would think if he worked with Democrats on health care, should Republicans prove unable to repeal the Affordable Care Act, according to a dinner attendee.”

“I might very well end up making a deal with the Democrats,” he said, drawing applause.”

“With Mr. Trump so willing to criticize, his aides have been emboldened to fan the discontent. That was jarringly illustrated this week when Politico revealed that Mr. Ayers told another group of party donors that they should “purge” disloyal Republicans.”

“If I were you, I would not only stop donating, I would form a coalition of all the other major donors, and just say two things,” he said. “We’re definitely not giving to you, No. 1. And No. 2, if you don’t have this done by Dec. 31, we’re going out, we’re recruiting opponents, we’re maxing out to their campaigns, and we’re funding ‘super PACs’ to defeat all of you.”

“That was amateur hour,” said Mr. Corker, adding that it also happened to be “the general modus operandi” of the administration.”

“To maintain their grip on the party, Republican leaders and their supporters are scrambling to recruit new allies and pleading with their loyalists to remain in Washington — not always with success.”

“In a sign of their determination to retain (a) seat, establishment-aligned Tennessee Republicans immediately began trumpeting R. Brad Martin, a former state legislator and onetime chief executive of Saks as a potential candidate. Representative Marsha Blackburn, a conservative, could prove the most formidable candidate, though.”

“And matters could get worse. Senator Susan Collins, Republican of Maine, has said she will announce next week whether she will make a 2018 bid for governor. If she leaves Washington, the decision would be tectonic. The Senate would lose a dealmaker, and her seat could eventually slip to the Democrats.”

“That would only add to the headaches. Senator Jeff Flake of Arizona, who has taken aim at Mr. Trump, appears so weakened with Republican voters that there is increasingly talk of contingency planning should he not run again or seek re-election as an independent.”

“If he remains in the race, Mr. Flake, who currently faces one opponent on the right, appears likely to draw additional challengers.”

“A wealthy Arizona lawyer, Jay Heiler, said in an interview that he is considering a run against Mr. Flake. Mr. Heiler, a close ally of former Gov. Jan Brewer of Arizona, an immigration hawk, said the state should have a senator who gives full support to Mr. Trump.”

“What Republicans are even more loath to talk about than Mr. Flake’s fate is the health of two long-serving senators: John McCain of Arizona and Thad Cochran of Mississippi.”

“Their absence from the Senate for health reasons could make it more difficult for the party to gather the 50 votes needed to pass a tax package. And some top party figures are concerned that if Mr. McCain, who has an aggressive form of brain cancer, has to resign or dies in office, it could hand Democrats an opening to win two Senate seats in one state next year.”

“That and the uncertain prospects of Senator Dean Heller of Nevada, who is facing a Trump-inspired primary challenger from the right, could endanger the Senate majority or at least offset any gains Republicans make in the conservative states where Democrats are facing re-election next year.” 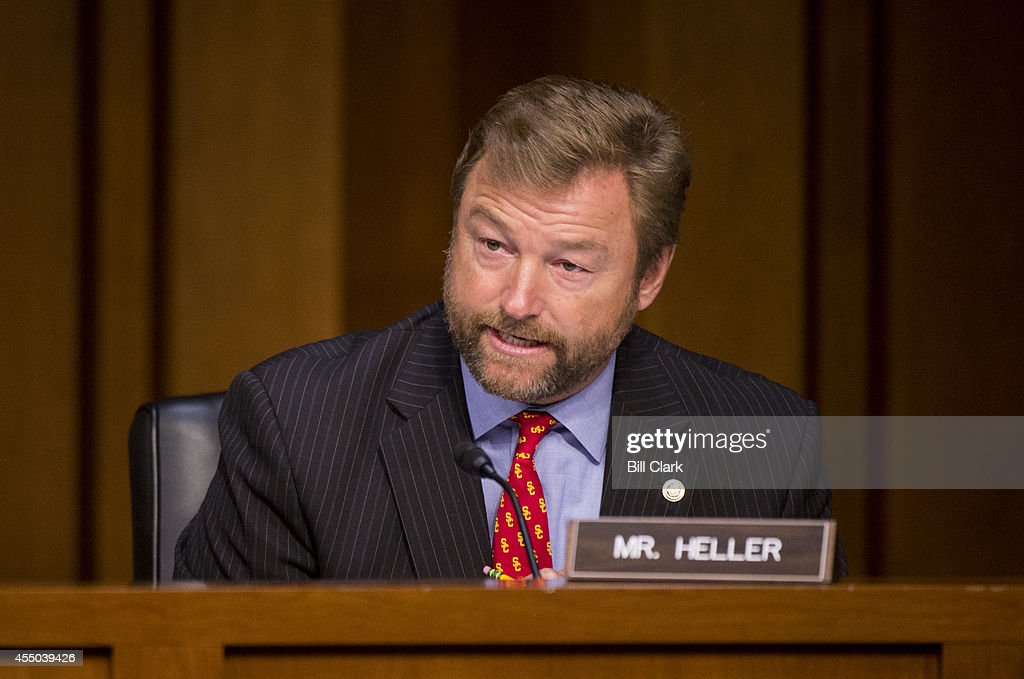 “But Mr. Cochran, who turns 80 in December, is not the only Mississippi senator weighing on the minds of Republicans. Senator Roger Wicker is facing a potential primary next year against a Bannon-allied insurgent, State Senator Chris McDaniel. Republicans are preparing a show of muscular support for Mr. Wicker: The state’s conservative governor, Phil Bryant, has told Republicans that he would back Mr. Wicker forcefully in a primary fight.”

“Then there is Utah, where the Senate’s longest-serving Republican, Orrin G. Hatch, 83, is still determining whether to run for re-election next year. Republicans are inquiring about Mitt Romney’s willingness to run for the seat, and he has been open to overtures from national donors and his own former campaign aides.”

“All of that indicates that 2018 could bring back the ferocious infighting of the Tea Party insurgency.”

“Art Pope, an influential Republican donor in North Carolina, said he and other financial benefactors were growing impatient, a frustration borne out in the party’s dwindling fund-raising. The pressure is mounting for Republicans to secure real victories, he said, with tax reform now the overwhelming goal. Mr. Pope said. “Tax reform is at the forefront of everyone’s list right now. It’s disappointing that health care reform has not passed.”

“Asked if the White House or congressional leaders had reached out to reassure him that things were under control, Mr. Pope shot back: “No. It is not under control.”