aside Dear General, You Owe An Apology to Rep. Wilson, A Public Servant Since 1998 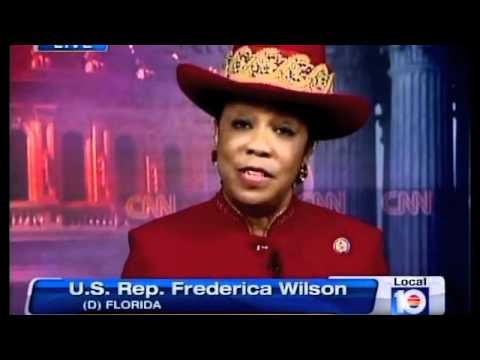 Around 10/18/17, The President and General Kelly did not know that Rep. Wilson (D-FL) had been  a long -time friend of the family. This explains why she was riding in the limousine with Sgt. La David Johnson’s widow Myeshia and her two children. They were on the way to collect the body of their loved one, when the president called. The call was placed on the speaker system and this is how Rep. Wilson overheard the president’s conversation. There was nothing surreptitious in her actions.

Rep. Wilson publicly shared how the president’s in-artful comments had upset the grieving widow. Mrs. Johnson was not receptive to the president’s words, along the lines, that her deceased husband knew what he was signing up for when he chose to serve. It bothered her that he never referred to her husband by his name.

This story escalated after the US Congresswoman Frederica Wilson came under fire by both the republican President Donald Trump and his National Security Adviser General John Kelly.

I cannot understand how a man of your stature would compromise your integrity, decency, honor to falsely disparage Rep. Frederica Wilson with assertions that she made comments around April 2015, at a building dedication honoring slain F.B.I. agents about her own actions in Congress, including lobbying former President Obama on legislation. You said that she bragged about how she funded the FBI building.  You cast the congress-woman in the role of a publicity seeking opportunist and an “empty barrel.”

My initial instincts were to give you, as an esteemed general of honor and Gold Star Dad the benefit of the doubt.

But how can I do this when I have watched the entire video via  The Sun Sentinel, where Rep. Wilson acted in a gracious manner and in a way that directly contradicts what you have alleged about her. For instance, at no point during her speech does she ever lay claim to having obtained the monies to pay for the new FBI building as you have stated.

While I have learned not to have high expectations regarding our republican President Donald Trump’s actions, most of us have held you in high regard. There are no words to adequately describe how disappointing it is, to watch you lower your high standards and those of the Marine Corps. How can we trust your word?

“Video of a 2015 speech delivered by Representative Frederica S. Wilson revealed Friday that John F. Kelly, the White House chief of staff, misrepresented her remarks when he accused her of bragging about securing $20 million for a South Florida F.B.I. building and twisting President Barack Obama’s arm.”

“Mr. Kelly, escalating a feud between Mr. Trump and Ms. Wilson, had cast the congress-woman on Thursday (10/19/17) as a publicity-seeking opportunist. However, the video, released by  a newspaper in South Florida, The Sun Sentinel, showed that during her nine-minute speech, Ms. Wilson never took credit for getting the money for the building, only for helping pass legislation naming the building after two fallen federal agents.”

“She never mentioned pleading with Mr. Obama, and she acknowledged the help of several Republicans, including John A. Boehner, then the House speaker; Representatives Mario Diaz-Balart and Carlos Curbelo; and Senator Marco Rubio.”

“Ms. Wilson, in an interview on Friday (10/20/17), called Mr. Kelly a liar and hinted strongly that the altercation, prompted by a call from President Trump to the widow of a fallen black soldier, was racially charged.”

“I feel very sorry for him because he feels such a need to lie on me and I’m not even his enemy,” Ms. Wilson said of Mr. Kelly. “I just can’t even imagine why he would fabricate something like that. That is absolutely insane. I’m just flabbergasted because it’s very easy to trace.”

“They are making themselves look like fools. They have no credibility,” she said. “They are trying to assassinate my character, and they are assassinating their own because everything they say is coming out and shown to be a lie.”

“But Mr. Trump and his top aides remained defiant on Friday, even after the video was released. In an interview with Fox Business Network’s Maria Bartiromo, Mr. Trump said he found Ms. Wilson’s criticism of Mr. Kelly “sickening.”

“Mr. Kelly, Mr. Trump said, was offended that Ms. Wilson publicized what the president said was “a very nice” call to the widow of a soldier killed in action in Niger.”

“General Kelly said he was ‘stunned’ that Representative Wilson made comments at a building dedication honoring slain F.B.I. agents about her own actions in Congress, including lobbying former President Obama on legislation,” Ms. Sanders said in a statement. “As General Kelly pointed out, if you’re able to make a sacred act like honoring American heroes about yourself, you’re an empty barrel.” 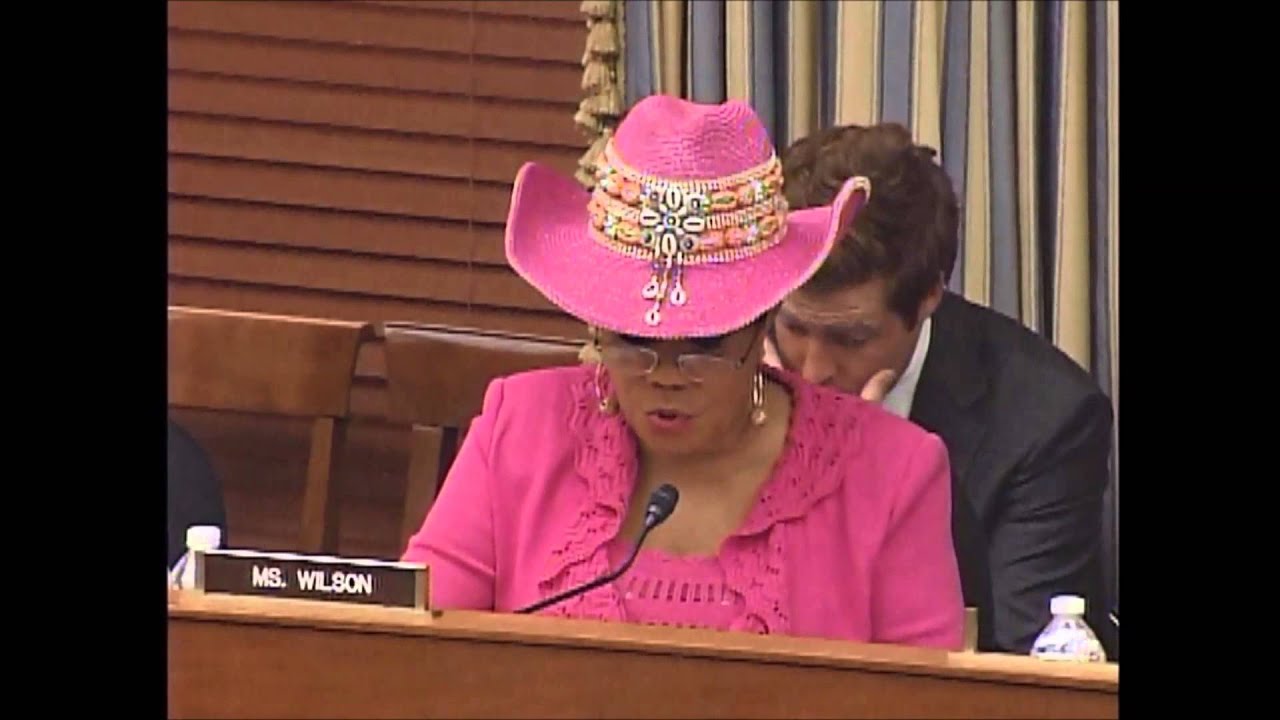 “Ms. Sanders escalated the messaging a few hours later: “As we say in the South: all hat, no cattle,” she said. Ms. Wilson is known in the Capitol and in South Florida for her colorful hats.”

“Ms. Sanders also told a reporter who questioned Mr. Kelly’s veracity that “if you want to get into a debate with a four-star Marine general, I think that that’s something highly inappropriate.”

“The charges and countercharges on Friday veered into the incendiary issue of race. Ms. Wilson is African-American, as is Myeshia Johnson, the widow of Sgt. La David T. Johnson, one of four American soldiers killed on Oct. 4 in Niger.”

“People in Ms. Wilson’s South Florida district and some members of the Congressional Black Caucus echoed Ms. Wilson’s accusations, though they also noted that Mr. Trump attacks people of all races.”

“Clifford W. Jordan, 60, the general manager of a nursing company in the same building as Ms. Wilson’s Miami Gardens office, said the criticism of the congresswoman smacked of racism and sexism.”

“There’s all this noise around the one black guy who died in Niger — no one is even talking about the other guys — and now they’re going after this black congresswoman,” said Mr. Jordan, whose father died in the 1960s while serving as a sergeant in the Air Force.”

“It’s almost like General Kelly was telling the congresswoman, ‘You don’t know your place, you’re not supposed to criticize the president,’” said Mr. Jordan, who is black. “

“Stacey Plaskett, a Democrat and the Virgin Islands’ delegate to Congress, said she was especially offended that Mr. Trump did not seem to know Sergeant Johnson’s name.”

“He continually called that fallen soldier ‘your guy’ to his wife. That was his wife,” she said. “It was almost as if he doesn’t believe that we have husbands and wives as black people.” 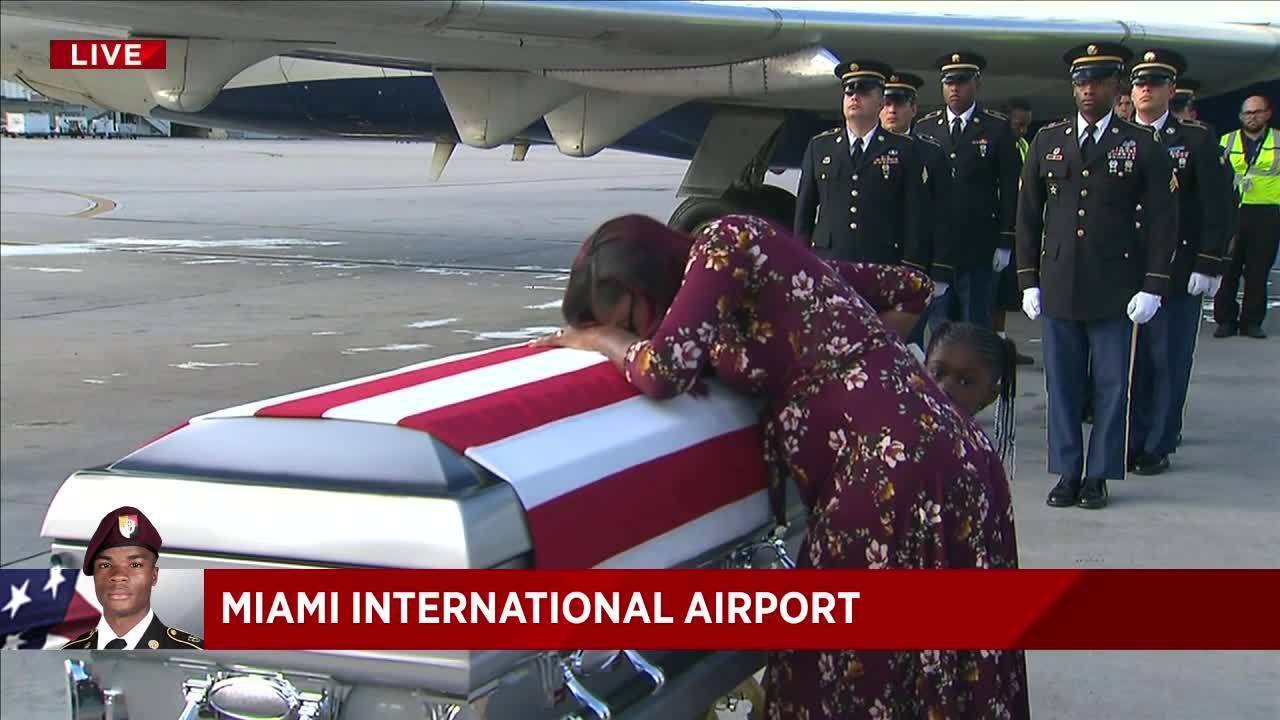 “Representative Karen Bass, Democrat of California, said it was not surprising to see people attack Sergeant Johnson’s widow in racially derogatory terms on social media. “He has given license to this,” Ms. Bass said of President Trump. “He’s promoted it.”

“The issue exploded this week when Ms. Wilson went public to say that in a condolence call to Ms. Johnson, Mr. Trump had said that Sergeant Johnson “knew what he signed up for.”

“Although he did not use her name, Mr. Kelly said he and the congresswoman were both at the 2015 ceremony for a new Miami F.B.I. building that was named after Benjamin P. Grogan and Jerry L. Dove, agents who were killed in a 1986 shootout. Mr. Kelly said Ms. Wilson had taken credit for getting the funding for the building. Ms. Wilson’s congressional district includes parts of Miami.”

“It should have ended yesterday after General Kelly’s comments (10/19/17). But it didn’t. It continued,” Ms. Sanders said. “He thought it was important that people got a full and accurate picture of what took place.”

“If that was his goal, Mr. Kelly failed. His recollection of Ms. Wilson’s appearance at the dedication of the F.B.I. building was highly inaccurate, and only ratcheted up the political tensions.”

“During the April 2015 dedication ceremony for the building that houses the F.B.I.’s South Florida operations, Ms. Wilson spoke about how quickly she was able to get a bill through the typically slow and bureaucratic Congress.”

“It is a miracle, to say the least,” Ms. Wilson said of the swift legislative action. But, she said, the quick passage shows how much respect Congress has for the F.B.I.”

“Most men and women in law enforcement leave their homes for work knowing that there is a possibility they may not return,” Ms. Wilson said.”