Those who have served in the US military live by a code which includes words like honor, integrity, courage, and duty. Most of us still hold the institution of the US military in high regard while being much more critical of other government entities.

This is why it is so troublesome when the generals in the white house act less than honorably by allowing themselves to become so embroiled in the reality show being directed by the republican President Donald Trump, that they resort to publicly misleading the American peoples in order to cover for the president’s missteps.

I am referring to the Generals H.R. McMaster and John Kelly who have found themselves stating falsehoods in service to the president.  When they act in this manner, they are betraying their own codes of conduct as well as tarnishing the high standards expected by those who have served in the US military.

On October 23, 2017, Max Booth of Foreign Policy penned the following opinion piece, “Trump Is Tarnishing the Military Brass.” (“The President’s “generals” are serving the country at the expense of the reputation of its armed forces.”)

“President Trump’s cruel and unseemly battle with a war widow is shedding new and disturbing  light on the proliferation of generals at the top tier of the administration.”

“Like many observers, I have been ambivalent about the prevalence of generals in senior political posts in the Trump administration. The extent to which U.S. President Donald Trump relies on retired Marine Gen. James Mattis as his secretary of defense, retired Marine Gen. John Kelly as his White House chief of staff, and active-duty Army Lt. Gen. H.R. McMaster as his national security advisor is unprecedented. McMaster, in turn, replaced yet another retired general — Michael Flynn — and one of his deputy national security advisors, Ricky Waddell, is a general too (in his case, a reservist).”

” Sure, there have been generals before in high-level civilian positions, from Secretary of State George Marshall in the 1940s to Secretary of State Colin Powell in the 2000s. Oh, and Brent Scowcroft was one of the finest national security advisors ever. But never have so many generals served at once in such positions of authority. This has raised concerns about whether soldiers and marines are usurping prerogatives best left to civilians.”

“But those worries have been outweighed by sheer relief that responsible, sane, sober individuals like Mattis, Kelly, and McMaster are preventing our impetuous, vain, and ignorant chief executive from doing something crazy. Sadly, the generals have not been able to curb all of Trump’s destructive impulses; they could not, for example, stop him from labeling the dictator of North Korea as “Little Rocket Man” and issuing a series of taunts that make another nuclear war more likely.”

“On balance, however, I am still glad that the generals are where they are, and I would be very worried if one of them left. Without the checks and balances provided by these military professionals, Trump might very well launch actual missiles rather than simply Twitter insults.”

“Still, the extent to which these generals feel compelled to lend their stars and their gravitas to save the president from suffering political damage for his own screw-ups should disturb anyone who cares about the future of the American armed forces.”

“The problem first became evident in May when Trump was reported to have revealed top-secret information about the Islamic State, provided by Israel, to Russia’s foreign minister and ambassador. Out walked McMaster — imposing and martial-looking even in civilian clothes — to deliver a disingenuous statement to reporters, refuting claims that the Washington Post, which broke the story, had not actually made. For example, McMaster denied that “intelligence sources or methods” were discussed with the Russians. But the Post hadn’t reported any such thing; all it said was that Trump had shared top-secret information without clearing it with the Israelis or the intelligence community first.”

“McMaster may not have been lying, but he was certainly misleading — and he was using the respect he had accrued during his military career to shield Trump from well-warranted criticism. He may have felt that he had no choice if he was to maintain the president’s confidence and to keep his job, but his statement nevertheless sullied a general who had a well-developed reputation as a fearless truth-teller.”

PRESIDENT TRUMP/ GENERAL KELLY”Now it’s Kelly’s turn to serve as a flak catcher after Trump became ensnared in controversy over the way he deals with the families of fallen soldiers. Trump was criticized for waiting 12 days after the deaths of four Green Berets in Niger to speak to their relatives. Instead of offering an excuse — hey, a president’s got a lot on his plate — Trump lashed out, claiming falsely that previous presidents such as Barack Obama never called or spoke to the bereaved.

“Then when he did call Myeshia Johnson, the widow of fallen Sgt. La David Johnson, Trump rubbed her the wrong way by telling her that her husband knew what he was signing up for. This is not the message that a pregnant mother of two wants to hear. “Very upset and hurt; made me cry even worse,” she said Sunday, describing her reaction.”

“The widow’s grief and anger was conveyed to the whole world by Democratic Rep. Frederica Wilson, a family friend who heard the call on a speakerphone. Instead of simply apologizing for the crossed signals and moving on, Trump, as his wont, again doubled down. He accused Rep. Wilson of having “totally fabricated what I said,” and claimed to have “proof” that she was lying — evidence which, needless to say, has not been forthcoming. To defend himself, Trump said that President Obama had never called Gen. Kelly after his son’s death in action, thereby making use of his chief of staff’s private grief for his own political purposes.”

“Kelly, who apparently was not consulted before Trump decided to speak publicly about his son’s death, then grimly walked out to perform cleanup duty. He proceeded to deliver an emotional statement about the agony Gold Star families go through and to defend the way that Trump had spoken to Myeshia Johnson. So far so good.”

“But then Kelly delivered a cruel and gratuitous attack on Rep. Wilson as an “empty barrel” who was supposedly guilty of grandstanding during a ceremony inaugurating a new FBI building in Florida. Tape of the event showed that Wilson did no such thing — she instead delivered a tribute to the two fallen FBI agents after whom the building was named.”

“Kelly has not apologized for his misstatements (Trump thinks being president means never having to say you’re sorry), and when asked about them, Sarah Huckabee Sanders — the White House spokeswoman — had a mind-boggling response: “If you want to go after General Kelly, that’s up to you,” she said. “But I think that that — if you want to get into a debate with a four-star Marine general, I think that that’s something highly inappropriate.” 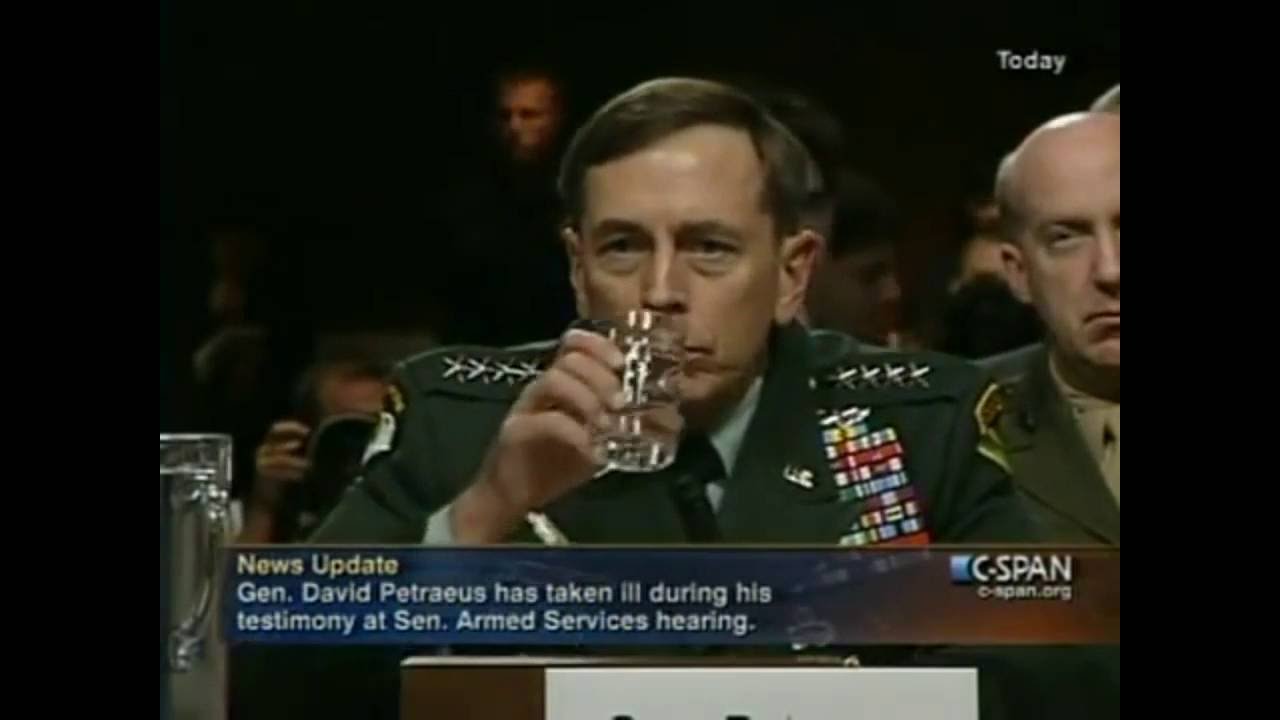 “Whoa. Since when did generals rise above criticism? Maybe in banana republics, but not in the American republic. As retired Gen. David Petraeus said on Sunday, “We in uniform protect the rights of others to criticize us frankly.”

“That the White House now makes this remarkable claim — without any public dissent from any of the generals serving in this administration — is typical of this administration’s willingness to cross any boundary, to defile any tradition, to say or do just about anything in order to protect Trump’s fragile ego. Trump had no problem criticizing generals such as Colin Powell, John Allen, and Martin Dempsey when he didn’t like what they said or did. But now that a general is safeguarding Trump’s battered reputation, they have become divinities above reproach from mere mortals.” 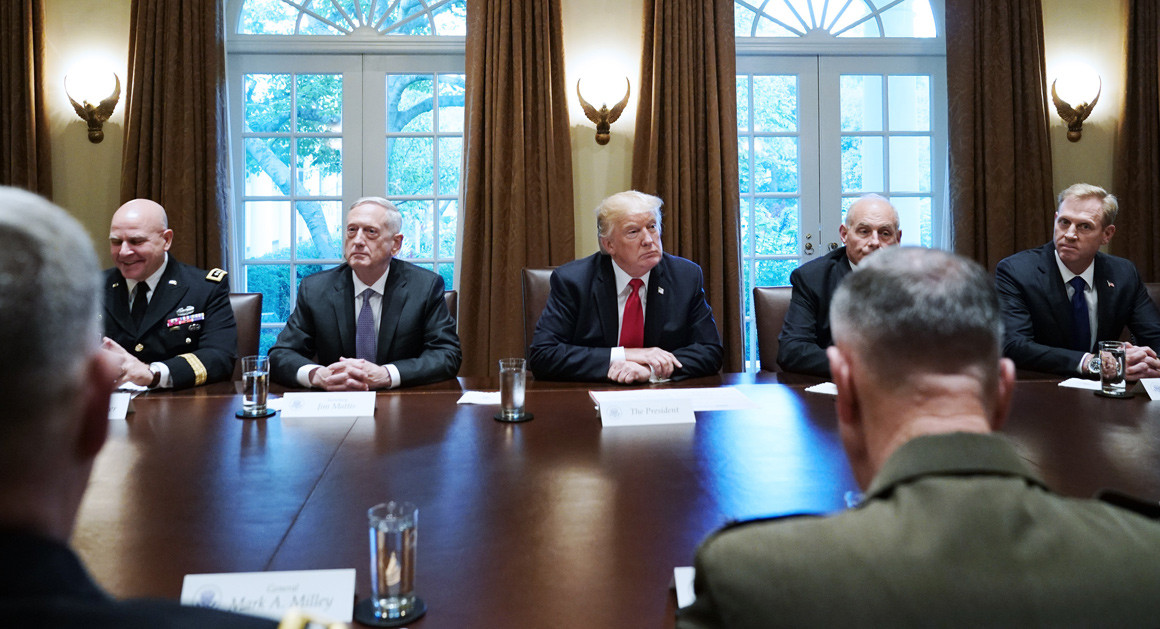 “There is a good reason why officers on active duty are forbidden from engaging in the political process, and why even retired generals hesitate to do so. It is because they are acutely aware that as military professionals they are called upon to serve presidents of different parties, and much of their prestige depends on their reputation as warriors who fight to defend the Constitution rather than any particular political agenda. This apolitical reputation, in fact, accounts for the respect in which the military is held by society at large — it is the most trusted institution in America.”

“Trump’s generals — “my generals,” as he calls them — risk undermining that understanding and setting back efforts to separate the military from the taint of politics.”