In my opinion, Donna Brazile, as the former DNC head had every right to publish her book but, her underlying premise that the democratic candidate Hillary Clinton rigged the nomination process is way overstated.

There are nuances to this complicated story. The impulse to automatically give it 100% credibility because her claims may fit peoples’ perception of the candidate’s character is not  right or even fair for those of us who like to deal in facts and evidence.

On November 4, 2017, Boris Heresink, assistant professor in political science at Fordham University penned the following analysis for the Washington Post, “No, the DNC didn’t ‘rig’ the Democratic primary for Hillary Clinton.”

“This week Donna Brazile — the interim chair of the Democratic National Committee (DNC) during the 2016 presidential election — reignited a major controversy regarding the presidential primary between Hillary Clinton and Bernie Sanders.”

“In an excerpt from her forthcoming book, Brazile argues that the DNC provided the Clinton campaign with control over important decisions in exchange for financial support. In response, a number of political actors, including Sen. Elizabeth Warren (D-Mass.)  and President Trump, have argued that this proves that the DNC “rigged” the primary process against Sanders.”

What does Brazile claim?

“After becoming interim chair, Brazile promised Sanders that she would investigate the relations between the DNC and the Clinton campaign during the primary process. In doing so, Brazile found a document that she describes as a “cancer” inside the DNC, and which she presents as smoking-gun evidence of Clinton’s control over the committee.”

“Under Brazile’s predecessor, Debbie Wasserman Schultz, the DNC had agreed to form a shared fundraising committee with the Clinton campaign in summer 2015. This was beneficial to the DNC because, as political scientist Daniel Galvin has argued, President Barack Obama largely ignored the DNC and focused on his own group, Organizing for America. By 2015, the DNC was essentially broke.” 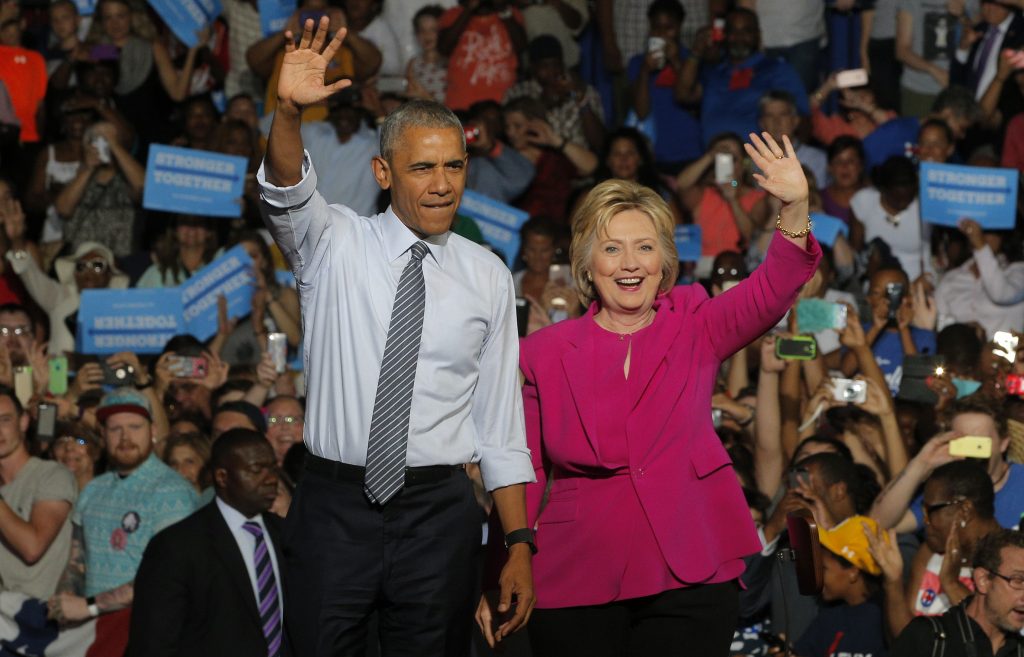 “Through the agreement between the Clinton campaign and the DNC, the campaign could raise more money by simultaneously collecting donations for Clinton, the national committee and individual state party organizations.”

“ . . . specified that in exchange for raising money and investing in the DNC, Hillary would control the party’s finances, strategy, and all the money raised. Her campaign had the right of refusal of who would be the party communications director, and it would make final decisions on all the other staff. The DNC also was required to consult with the campaign about all other staffing, budgeting, data, analytics, and mailings.”In her Politico article, Brazile does not explicitly state that the primaries were rigged. Nonetheless, she does point to the agreement as highly unusual.” 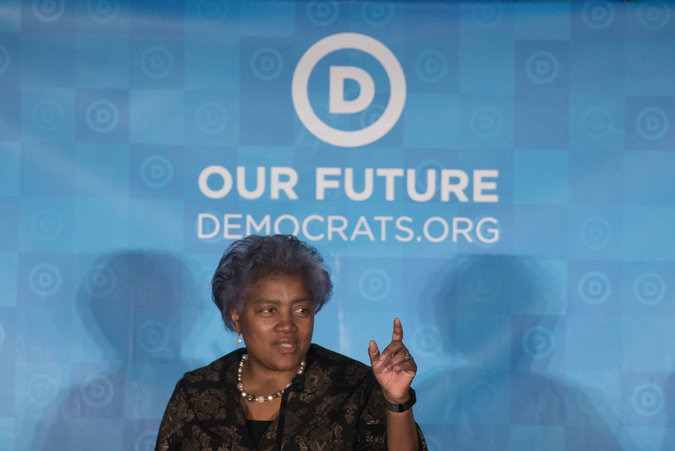 What does the evidence show?

“After Brazile’s piece appeared, there was some confusion as to what specific documents she referred. Since then, two 2015 agreements between Clinton’s campaign and the DNC have appeared.”

“However, the second document shows that the DNC and Clinton campaign had an additional agreement which provided the campaign with influence over the DNC well before Clinton won the nomination.”

“Specifically, the campaign was given veto power over the selection of the new DNC communications director and other senior staff members in the committee’s communications, technology and research departments — should there have been vacancies.” What was, and was not, surprising about this?

“As Brazile notes, it is common for candidates to gain control of the national committee after they win the presidential nomination.”

“It is less common, though not unheard of, for a national committee to align with a candidate before he or she wins the nomination. One example was the 1992 Republican primary, when incumbent President George H.W. Bush faced a primary challenge from Pat Buchanan and the RNC openly stated that “the chairman is 100 percent behind George Bush and so is the committee.” In most other cases, both national party committees refrain from openly supporting a candidate until they win a majority of convention delegates.” 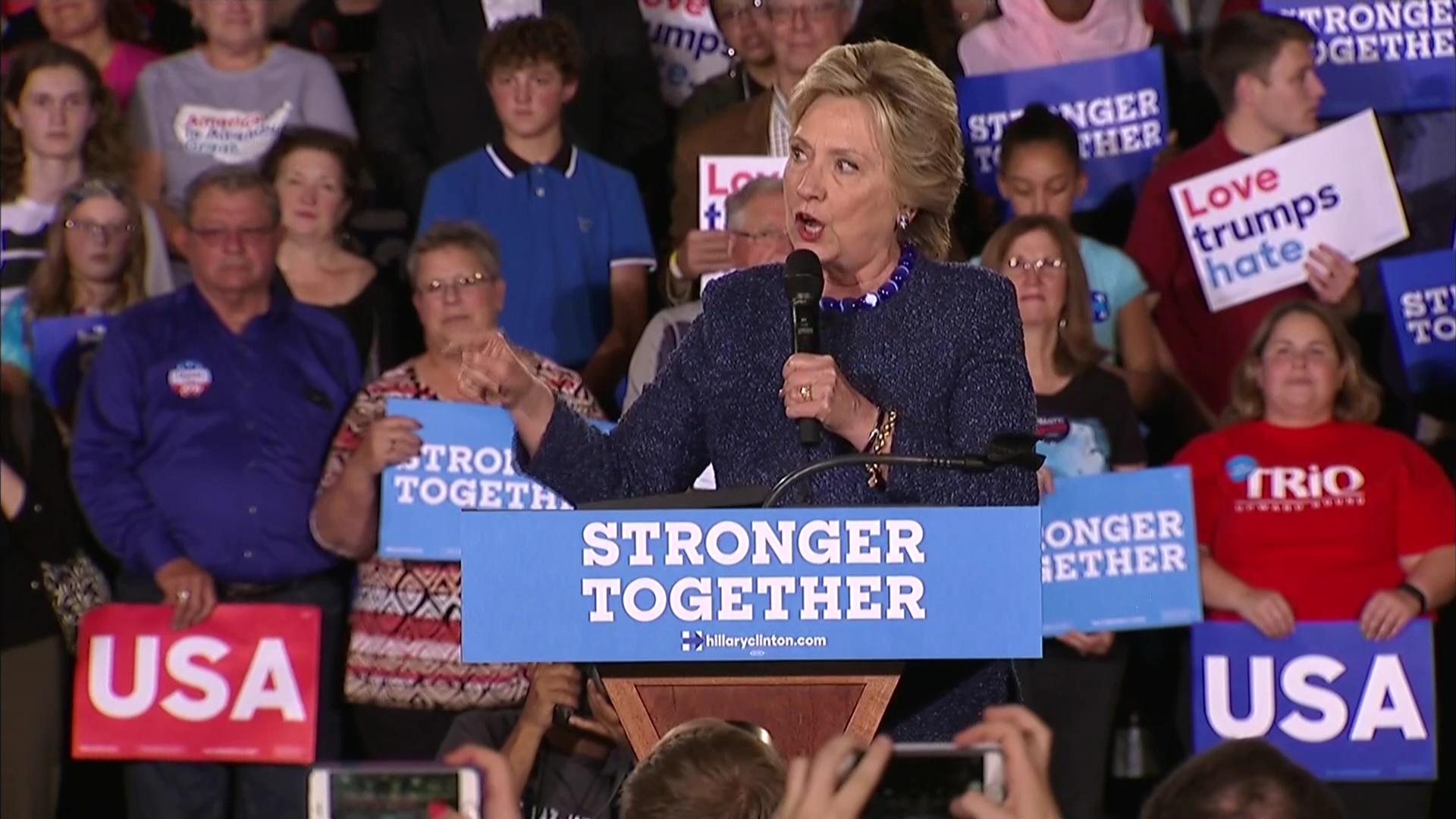 “But this does’nt mean party committee chairs and staff have no opinions. Certainly, the DNC emails that leaked in the run-up to the 2016 Dnc show that most DNC staffers preferred Clinton over Sanders. This is nothing new: As I show in a forthcoming article, committee chairs and staff frequently have strong preferences over the direction and candidates of the party.”

“It is not surprising that powerful party leaders, including presidential candidates, can influence their party’s national committee. Because the committees must work with these leaders to raise money and promote the party, it is quite common for leaders’ preferences to be considered in decisions regarding the hiring of committee staff. At times, this can mean that the committee — while officially not taking sides — is dominated by staffers who have clear preferences for one presidential primary candidate.”

“For example, Brazile states that as Al Gore’s campaign manager, she did not start “inserting” staff into the DNC until June 2000. While this is technically true, it misrepresents the level of control Gore already had over the DNC before the 2000 primaries began: By 1999, the DNC’s senior staff was dominated by Democratic politicos with long-standing relations to Gore — including both co-chairmen, the finance chair and one of the senior advisers. Thus, while the DNC did not endorse Gore, it clearly preferred him in the 2000 primaries.”

“Given Clinton’s standing as the favorite to win the Democratic nomination, and her longtime role in the party, it is not surprising that her preferences were incorporated in the DNC’s decision-making processes. What is surprising is that the DNC formally agreed to provide the campaign with veto power over some of its hiring decisions.”

This doesn’t mean the 2016 primaries were rigged against Sander

“Throughout the primary process, the Sanders campaign made several complaints about how the DNC disadvantaged them. On some issues — such as the timing of some of the primary contests, or the way delegates were divided over the states — Clinton probably received some benefits. However, as political scientist Josh Putnam has noted, these rules were decided in 2014 — well before anyone expected a Clinton-Sanders primary contest.”

“Other complaints may be more valid. For example, the Sanders campaign pointed to the timing of the DNC-organized primary debates, which frequently occurred at times where a small audience was likely to tune in. It is possible that some of these decisions were made by Clinton-approved DNC staffers. If the DNC made these calls with the intention of shortening the primary campaign process, it might have limited the Sanders’ campaign’s ability to reach new voters.” 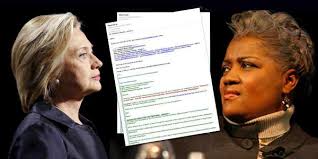 “But whether the DNC actually succeeded in this is far from clear. Clinton received 3.7 million more votes than Sanders did — and it is questionable that this was due solely to the timing of debates. For this reason, there is an important difference between the DNC’s preferring one of the presidential candidates and its rigging the nomination process.”

“In short, two things can be true simultaneously: The DNC tried to help Clinton’s campaign, but this did not have much impact on whether Clinton won the nomination.”