“Virginians turned out in large numbers Tuesday despite the rainy and cold weather that gripped parts of the state.”

“Democrats eagerly worked to mobilize voters in the state in an effort to repudiate President Donald J. Trump one year after his surprise election victory. Republicans were hopeful that Virginia, which Hillary Clinton won in 2016, would deliver another surprise blow to Democrats.” 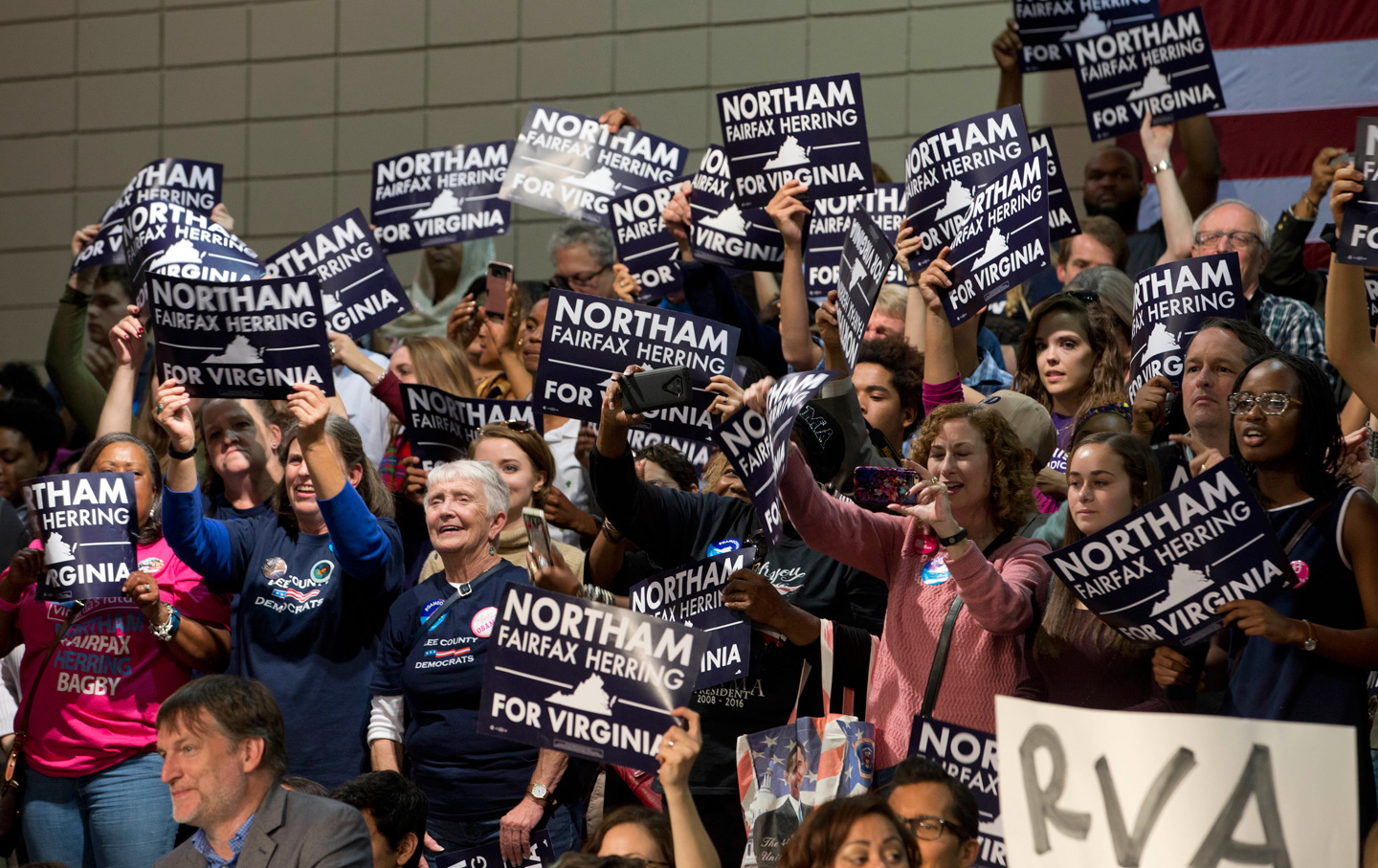 “Virginia’s Democratic Gov.-elect Ralph Northam picked up support among a large number of subgroups Tuesday night (11/7/17), especially among voters under 30, white women, moderates and those with college degrees.”

“Among white women and voters under 30, Democrats improved on their margins compared to 2013 largely by taking support from Libertarian candidates.” “Virginia Democrats have picked up 10 House of Delegates seats and lead in seven more races, putting them within striking distance of taking the majority in the state legislature.”

“Democrats needed to flip 17 seats heading into Tuesday to retake the majority. And while the gubernatorial contest between Democrat Ralph Northam and Republican Ed Gillespie has dominated national attention, the 100 seats in the state’s House of Delegates could end up being the true bellwethers to gauge Democratic Party’s strength ahead of the 2018 midterms.”

“Virginia House Democratic Leader David Toscano called the results “unprecedented,” noting that the last time Democrats won more than five seats in a single year was 1975. “This isn’t a wave, this is a tsunami,” he told NBC News.”