aside Secret Correspondence Was Occurring Between WikiLeaks And Donald Trump Jr. The question as to who was the person who had regular contact with Julian Assange of WikiLeaks as it was leaking Russian hacked emails pertaining to the democratic presidential candidate Hillary Clinton has been a mystery. These leaks were timed to be dumped at opportune times to do the most damage against Mrs. Clinton.

Is it possible that this person was Donald Trump Jr.?

On November 13, 2017, Julia Ioffe of the Atlantic penned the following report, “The Secret Correspondence Between Donald Trump Jr. and WikiLeaks.” (“The transparency organization asked the president’s son for his cooperation—in sharing its work, in contesting the results of the election, and in arranging for Julian Assange to be Australia’s ambassador to the United States.”)

“Just before the stroke of midnight on September 20, 2016, at the height of last year’s presidential election, the WikiLeaks Twitter account sent a private direct message to Donald Trump Jr., the Republican nominee’s oldest son and campaign surrogate. “A PAC run anti-Trump site putintrump.org is about to launch,” Wikileaks wrote. “The PAC is a recycled pro-Iraq war PAC. We have guessed the password. It is ‘putintrump.’ See ‘About’ for who is behind it. Any comments?” (The site, which has since become a joint project with Mother Jones, was founded by (RealNetworks CEO )Rob Glaser, a tech entrepreneur, and was funded by Progress for USA Political Action Committee.)” 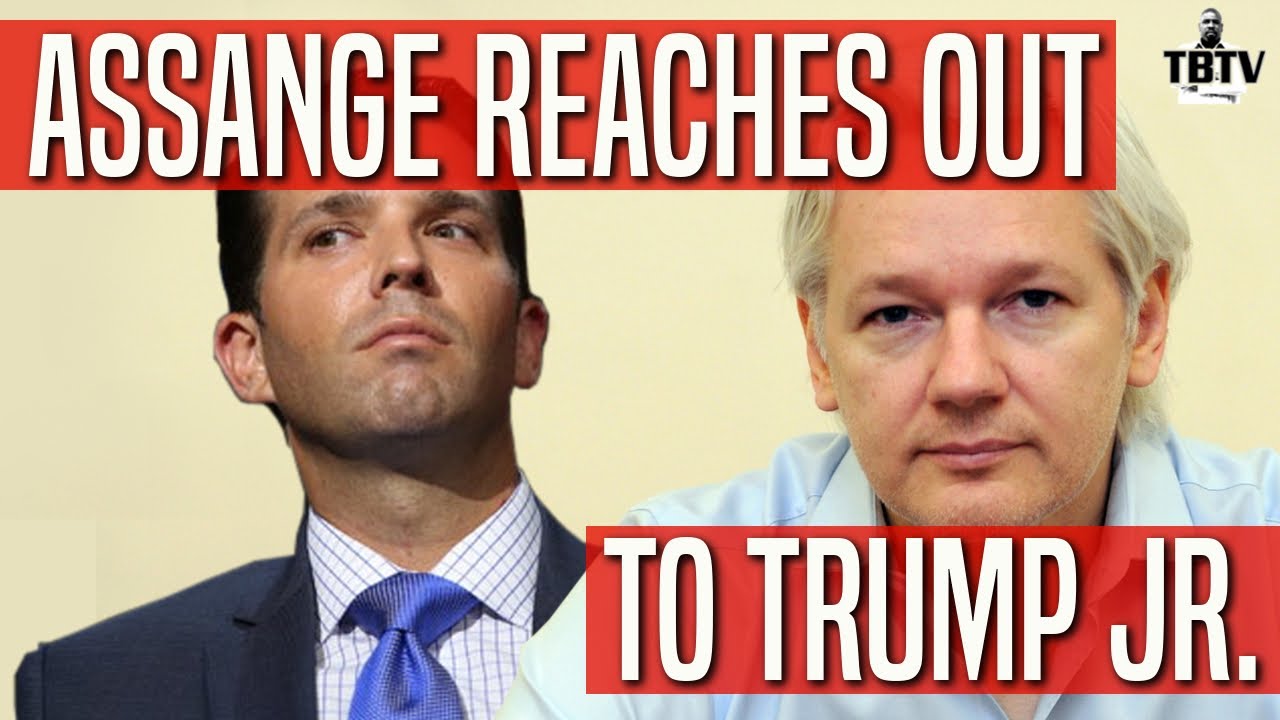 “The messages, obtained by The Atlantic, were also turned over by Trump Jr.’s lawyers to congressional investigators. They are part of a long—and largely one-sided—correspondence between Wikileaks and the president’s son that continued until at least July 2017. The messages show Wikileaks, a radical transparency organization that the American intelligence community believes was chosen by the Russian government to disseminate the information it had hacked, actively soliciting Trump Jr.’s cooperation.” “Over the last several months, we have worked cooperatively with each of the committees and have voluntarily turned over thousands of documents in response to their requests,” said Alan Futerfas, an attorney for Donald Trump Jr. “Putting aside the question as to why or by whom such documents, provided to Congress under promises of confidentiality, have been selectively leaked, we can say with confidence that we have no concerns about these documents and any questions raised about them have been easily answered in the appropriate forum.” Wikileaks did not respond to requests for comment.”

“The messages were turned over to Congress as part of that body’s various ongoing investigations into Russian meddling in the 2016 presidential campaign. American intelligence services have accused the Kremlin of engaging in a deliberate effort to boost President Donald Trump’s chances while bringing down his Democratic rival, Hillary Clinton. That effort—and the president’s response to it—has spawned multiple congressional investigations, and a special counsel inquiry that has led to the indictment of Trump’s former campaign chair, Paul Manafort, for financial crimes.” 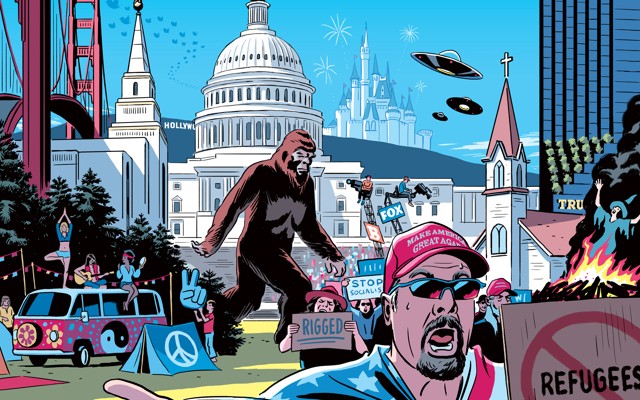 “Though Trump Jr. mostly ignored the frequent messages from Wikileaks, he at times appears to have acted on its requests. When Wikileaks first reached out to Trump Jr. about putintrump.org, for instance, Trump Jr. followed up on his promise to “ask around.” According to a source familiar with the congressional investigations into Russian interference with the 2016 campaign, who requested anonymity because the investigation is ongoing, on the same day that Trump Jr. received the first message from Wikileaks, he emailed other senior officials with the Trump campaign, including Steve Bannon, Kellyanne Conway, Brad Parscale, and Trump son-in-law Jared Kushner, telling them Wikileaks had made contact. Kushner then forwarded the email to campaign communications staffer Hope Hicks. At no point during the 10-month correspondence does Trump, Jr. rebuff Wikileaks, which had published stolen documents and was already observed to be releasing information that benefited Russian interests.”On October 3, 2016, Wikileaks wrote again. “Hiya, it’d be great if you guys could comment on/push this story,” Wikileaks suggested, attaching a quote from then-Democratic nominee Hillary Clinton about wanting to “just drone” Wikileaks founder, Julian Assange.”

“Already did that earlier today,” Trump Jr. responded an hour-and-a-half later. “It’s amazing what she can get away with.”

“Wikileaks didn’t respond to that message, but on October 12, 2016, the account again messaged Trump Jr. “Hey Donald, great to see you and your dad talking about our publications,” Wikileaks wrote. (At a rally on October 10, Donald Trump had proclaimed, “I love Wikileaks!”)

“Strongly suggest your dad tweets this link if he mentions us,” Wikileaks went on, pointing Trump Jr. to the link wlsearch.tk, which it said would help Trump’s followers dig through the trove of stolen documents and find stories. “There’s many great stories the press are missing and we’re sure some of your follows (sic) will find it,” Wikileaks went on. “Btw we just released Podesta Emails Part 4.”

“Trump Jr. did not respond to this message, but two days later, on October 14, 2016, he tweeted out the link Wikileaks had provided him. “For those who have the time to read about all the corruption and hypocrisy all the @wikileaks emails are right here:  http://wlsearch.tk/,” he wrote.”

After this point, Trump Jr. ceased to respond to Wikileaks’s direct messages, but Wikileaks escalated its requests.

Wikileaks didn’t write again until Election Day, November 8, 2016. “Hi Don if your father ‘loses’ we think it is much more interesting if he DOES NOT conceed [sic] and spends time CHALLENGING the media and other types of rigging that occurred—as he has implied that he might do,” Wikileaks wrote at 6:35pm, when the idea that Clinton would win was still the prevailing conventional wisdom. (As late as 7:00pm that night, FiveThirtyEight, a trusted prognosticator of the election, gave Clinton a 71 percent chance of winning the presidency.) Wikileaks insisted that contesting the election results would be good for Trump’s rumored plans to start a media network should he lose the presidency. “The discussion can be transformative as it exposes media corruption, primary corruption, PAC corruption, etc.,” Wikileaks wrote.”

“Shortly after midnight that day, when it was clear that Trump had beaten all expectations and won the presidency, Wikileaks sent him a simple message: “Wow.”

“Trump Jr. did not respond to these messages either, but Wikileaks was undeterred. “Hi Don. Hope you’re doing well!” Wikileaks wrote on December 16 to Trump Jr., who was by then the son of the president-elect. “In relation to Mr. Assange: Obama/Clinton placed pressure on Sweden, UK and Australia (his home country) to illicitly go after Mr. Assange. It would be real easy and helpful for your dad to suggest that Australia appoint Assange ambassador to [Washington,] DC.”

In the winter and spring, Wikileaks went largely silent, only occasionally sending Trump Jr. links. But on July 11, 2017, three days after The New York Times broke the story about Trump Jr.’s June 2016 meeting with Natalia Veselnitskaya, a Russian lawyer with connections to Russia’s powerful prosecutor general, Wikileaks got in touch again.

“Hi Don. Sorry to hear about your problems,” Wikileaks wrote. “We have an idea that may help. We are VERY interested in confidentially obtaining and publishing a copy of the email(s) cited in the NY Times today,” citing a reference in the paper to emails Trump Jr had exchanged with Rob Goldstone, a publicist who had helped set up the meeting. “We think this is strongly in your interest,” Wikileaks went on. It then reprised many of the same arguments it made in trying to convince Trump Jr. to turn over his father’s tax returns, including the argument that Trump’s enemies in the press were using the emails to spin an unfavorable narrative of the meeting. “Us publishing not only deprives them of this ability but is beautifully confounding.”

“The message was sent at 9:29 am on July 11. Trump Jr. did not respond, but just hours later, he posted the emails himself, on his own Twitter feed.”