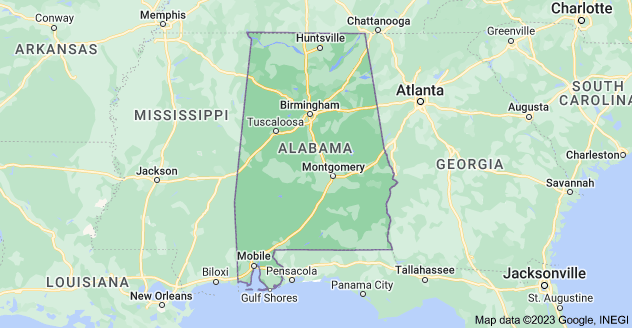 On December 12, 2017, there is an election to be held to fill a Alabaman vacant seat for the US Senate. The republican candidate Judge Roy Moore is an alleged pedophile who has refused to step down and it is too late to force him out. (See: Total of 9 Women Have Come Forth To Tell All About Judge Roy Moore)

The governor of Alabama has stated for the record that she believes the accusations against Judge Moore are true but still, she is voting for him because it is that important to fill that vacant US Senate seat with a republican party member. Many Evangelicals are continuing to support the election of Judge Roy Moore despite numerous women having come forward with stories of Judge Moore courting sexual favors from teenagers, one who was only 14 while he was the local district attorney in his early 30s.

But there is now a spoiler. An independent candidate who is more of a centrist republican has come forth to run for this vacant senate seat. As per the 11/27/17 Washington Post report by Michael Scherer, “A retired Marine colonel who once served as a top aide to White House Chief of Staff John F. Kelly plans to launch a long-shot write-in campaign Monday afternoon to become Alabama’s next senator, with just 15 days left in the campaign.”

“Lee Busby, 60, of Tuscaloosa, Ala., said he thinks that the allegations of sexual impropriety against Republican nominee Roy Moore have created an opportunity for a centrist candidate to win more than a third of the state’s votes in the Dec. 12 special election.”

“I think you can flip this thing. If this were a military operation, the left flank and the right flank are heavily guarded,” Busby said. “I think that gives you an opportunity to run straight up the middle.”

This is a republican party’s nightmare as this last minute new candidate will split the republicans’ votes between the hard right conservatives and the more moderate wing of voters. This means the democratic candidacy of Doug Jones has a real chance to create a MAJOR CATACLYSMIC upset, a win for the US Senate seat for Alabama with a democrat, which is in the class of a true miracle as this state has been reputed to dependably republican for decades.

Doug Jones (63 years old) is a very credible Democratic candidate who as a former US Attorney,  became famous for having successfully prosecuted members of the Ku Klux Klan who bombed a black church in Birmingham, Alabama in 1963, killing four girls.

Why Is it Absolutely crucial for a democrat to win this seat?

If a democrat wins this seat, there is a real chance for the democratic party to become the majority party in both the US Senate and the US House of Representatives in 2018. As per a 11/9/17 CNN report by Eric Bradner,  “One thing strategists in both parties were sure Democrats couldn’t do in the 2018 midterm elections is take control of the Senate away from Republicans.”

“The math just didn’t work: Democrats would have to win three seats. There are only two good pick-up opportunities on the map — Arizona and Nevada. And their incumbents are defending 10 seats in states President Donald Trump won.”
“The House could be won if there is a big anti-Trump turnout, and Democrats hope to pick off governor’s offices and state legislatures. But the Senate, they thought, would have to wait for 2020.”
“But there are three things you should know:”
1.”After (November 2017) blue wave through the Virginia suburbs, Democrats are already incredibly optimistic about the 2018 midterms.”
2. “Republicans face long, bitter primaries in nearly every state where they hope to knock off Democratic incumbents. And those Democrats haven’t had to cast any tough, politically damaging votes since Trump took office.”
3. “Alabama represents the possible third seat — the one more they had to have to try to win control of the Senate.”

The most recent news about the Alabaman special election to be held on December 12, 2017 for the US Senate seat left vacant by the former Senator Jeff Sessions who is now the US attorney general for President Donald Trump’s administration, is great news for democrats. If this seat is filled by a democrat, the US Senate is now in play for the democratic party during the 2018 elections cycle. 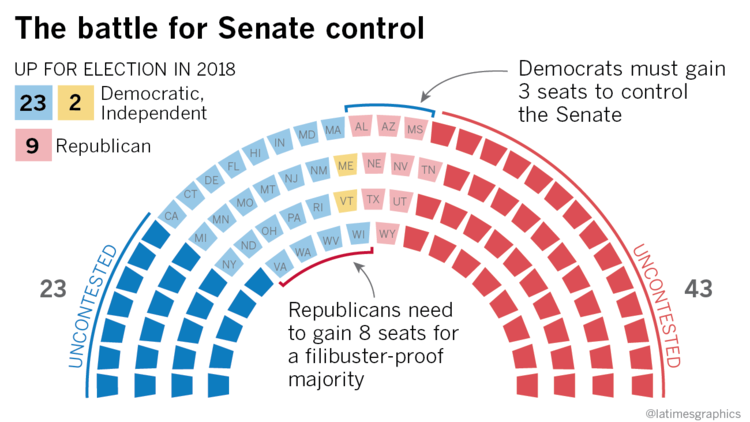 Why Is Filling This Seat With A Republican Suspected Pedophile So Crucial For the Republicans In The US Senate?
The US Senate Majority Leader Mitch McConnell would prefer the republican senate candidate, Judge Roy Moore, to simply step down but that is not about to happen as per the candidate, himself.
The next best option would be for Judge Moore to win the election, where Senator Mitch McConnell could then attempt to unseat him. After Judge Moore is expelled, the republican governor of Alabama could just appoint an interim republican to fill that seat.

Unfortunately for the republicans, because of a last minute independent candidate now entering this election scene, there is a very real possibility that a democrat could win.
I have repeatedly blogged about how the republicans in the White House and in the US Congress would sell their own Mothers to pass their coveted 2017 Donor Relief Act also known as their tax cuts proposals by Christmas 2017.
Every republican vote especially in the US Senate is important to be able to pass any tax cut legislation. This is NOT a done deal. The republican President Donald Trump has gone out of his way to antagonize some republicans who refused to cow-tow to his demands when they were in opposition to doing what was best for their constituents like Senators John McCain, Bob Corker and Jeff Flake. There are still some deficit hawks in the US Senate and then there are the women in the senate like the Senators Lisa Murkowski and Susan Collins who have opposed in the recent past, any harm being done to Obamacare.

So now that the US Senate Majority Leader knows that he may lose a republican held US Senate seat to a democrat by December 12, 2017, what can he do to optimize passage of their highly anticipated tax cut plan or the 2017 Donor Relief Act?
Because the republicans’ US Senate’s version of the tax cut bill differs significantly from the House’s plan, the normal expectation is there would be a conference between both houses to iron out the differences. But it is too risky to go through this normal process as it would delay the bill for passage after December 12.
The US Senate Majority leader has no option but to approach the republican leader Paul Ryan in the US House of Representatives where both will seriously figure out a plan that would most likely pass both houses of the US Congress. Then the Senator Mitch McConnell will adjust the US senate’s plan accordingly. This maneuver will bypass the conference process where a tax cut bill can be pushed through both houses before December 12, to be placed on President Trump’s desk to be signed by him.
As a retiree, I don’t have any money to spare, but I’m going to find a way to donate some anyway to Doug Jones for Senate:
https://dougjonesforsenate.com/
This is just too important. If you are reading this, I encourage you to do the same.