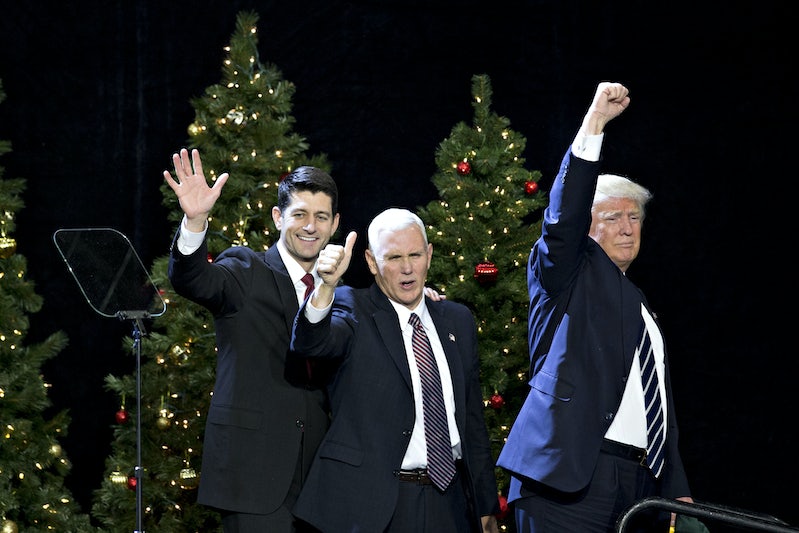 Dear Republicans, Merry Christmas! , You can no longer get way with your claims that the accusations against the president’s campaign surrogates and those in his administration regarding the FBI’s Russian probe, being a nothing burger, since the president’s  former National Security Adviser General Mike Flynn has just agreed to a guilty plea deal with the FBI.

This is my personal analysis regarding this news event. On December 1, 2017, news media outlets are reporting that the republican President Donald J. Trump’s former National Security Adviser General Mike Flynn has agreed to a plea deal with the FBI’s Special Counsel Robert Mueller III, where he is pleading guilty to a single felony charge of lying to the FBI, regarding questions about his role in working with the president and his surrogates to collude with Russia to win the US presidency in exchange for the lifting of US sanctions against Russia. In exchange for this favorable deal, General Flynn had to agree to cooperate (sing like a canary) with the FBI.

There will be Federal court hearing scheduled for this morning (12/1/17) in Washington DC where General Flynn will admit to a guilty plea.

On December 1, 2017, David Kocieniewski and Greg Farrell of Bloomberg penned the following report, “Michael Flynn Expected To Plead Guilty to Lying To FBI.”

“Michael Flynn who was fired (2/13/17) as President Donald Trump’s national security adviser after revelations that he lied about his communications with Russia’s ambassador, is expected to plead guilty Friday morning (12/1/17) to lying to federal agents about the contact.”

“The charge against Flynn, 58, adds another prominent defendant to Special Counsel Robert Mueller’s investigation. Mueller has already secured indictments against former Trump campaign chairman Paul Manafort and his deputy, as well as a guilty plea from a junior foreign policy adviser.”

“The single charge is outlined in a criminal information unsealed Friday in a Washington, D.C. court. Flynn is scheduled to appear at a plea hearing in a Washington D.C. court at 10:30 a.m., according to the office of Special Counsel Robert Mueller.”

“Flynn, 58, was forced to resign less than a month into Trump’s term. The White House was warned by the Justice Department that Flynn could be subjected to blackmail because his dealings with Russians hadn’t been disclosed.”

“After he left the administration, Flynn filed an updated foreign registration form showing that he hadn’t disclosed multiple contacts and payments from foreign entities while serving as an campaign adviser to Trump starting in February 2016.”

“At the time, Flynn, a retired Army general, ran a consulting business called Flynn Intel Group. In one case, Flynn’s company received $530,000 from Inovo BV, a Dutch company working on behalf of Turkey’s government, to lobby the U.S. for extradition of a dissident cleric who has opposed President Recep Erdogan of Turkey.” 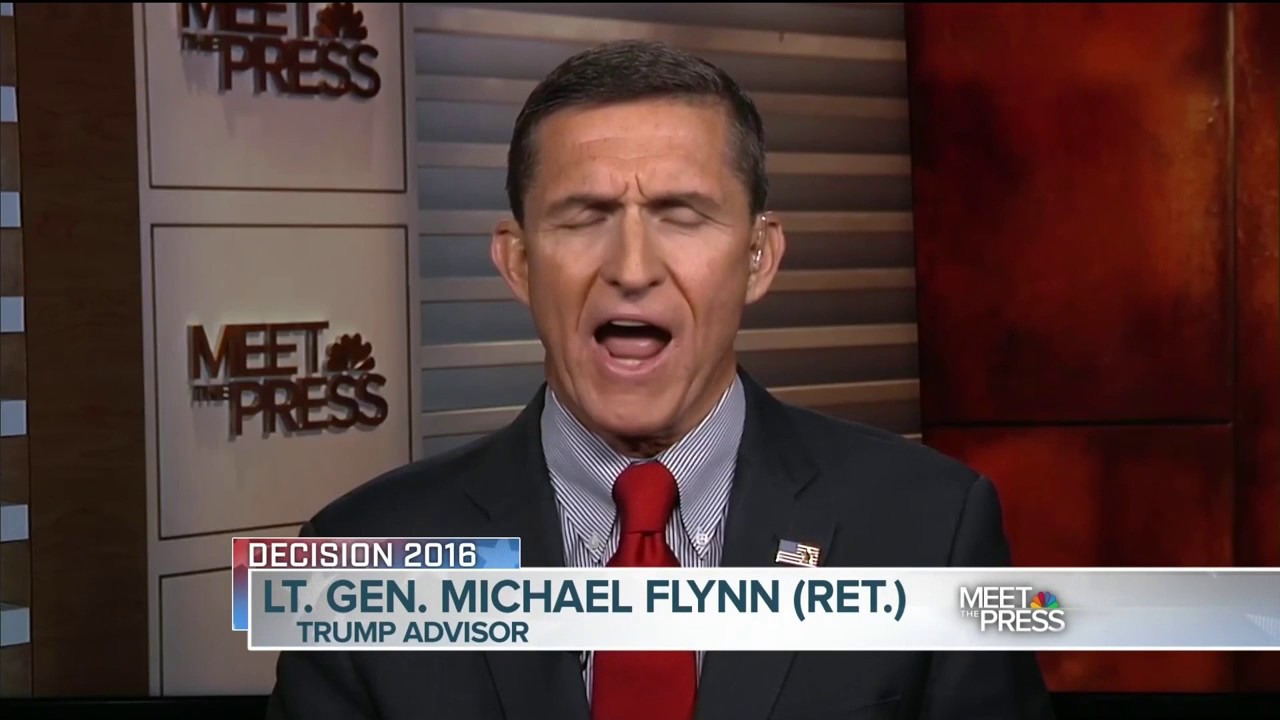 “Flynn initially drew scrutiny for a secret meeting that he and Jared Kushner, Trump’s son-in-law and senior adviser, had with Ambassador Sergey Kislyak of Russia last December in Trump Tower. Agents for the Federal Bureau of Investigation later asked Flynn in January whether he had talked with Kislyak about sanctions imposed by President Barack Obama in retaliation for Russia’s election meddling.”

“Flynn, who as a private citizen during those conversations was barred from negotiating with foreign powers, told the agents that sanctions hadn’t come up, the Washington Post has reported. The Justice Department informed the White House that Flynn’s denial contradicted the contents of phone calls intercepted by intelligence agencies, potentially exposing him to blackmail by Moscow, the newspaper reported, citing unnamed current and former U.S. officials.”

“Flynn is a retired Army lieutenant general who rose to the top of the military’s intelligence apparatus during a career notable for both his battlefield successes and his breeches of the Pentagon’s chain-of-command.” 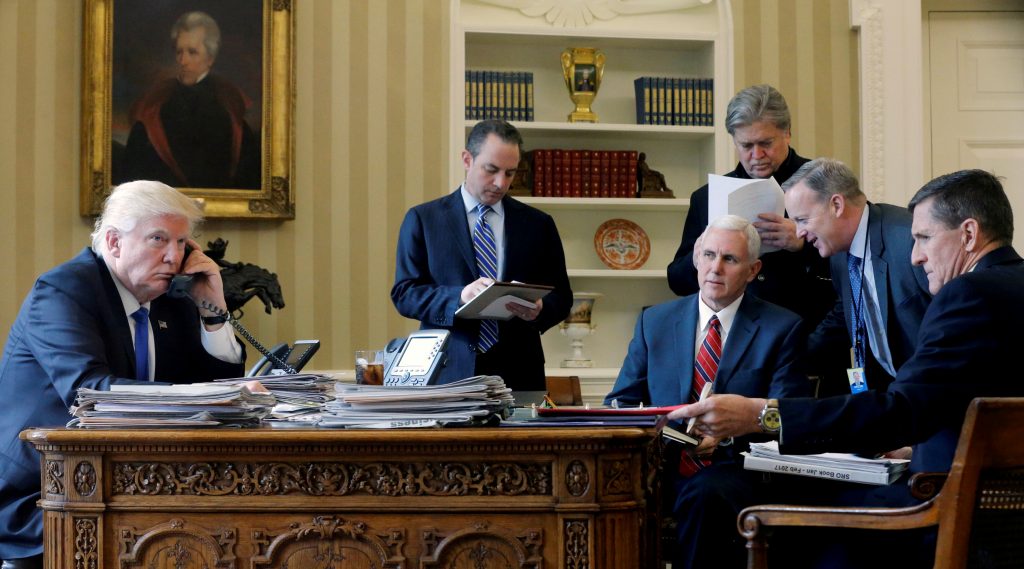 “After he was fired by Obama in 2014 for bucking his military superiors, Flynn started a private lobbying and consulting practice that did business in foreign countries including Russia and Turkey. Flynn didn’t disclose those contacts and payments, as required, when applying for his security clearance to work in the Trump White House, even though several of his clients worked on behalf of the Russian and Turkish governments.”

“The FBI’s investigation of Flynn gave rise to the appointment of a special counsel to oversee the wider Russia probe. Even after Flynn’s firing, Trump defended him publicly, calling him a “very good person.”  In private, Trump asked his FBI director, James Comey, to end the examination of Flynn, Comey has testified. After (FBI Director) Comey refused, he was fired, he said. Soon after, Mueller was appointed as special counsel.”

“The charge against Flynn casts a renewed spotlight on Attorney General Jeff Sessions. Sessions recused himself from any investigation into Russia’s attempts to influence the 2016 election after Democratic lawmakers accused him of lying to Congress about his own conversations with Russian officials.”

“Flynn’s 33-year military career stretched from the 1983 Granada invasion, where he was a platoon leader, to stints as director of intelligence for the U.S. Central Command, the Joint Chiefs of Staff and the International Security Assistance Force. He retired in 2014 after Obama fired him as director of the Defense Intelligence Agency.”