NOTE: This is an updated version of a previous post published on August 7, 2017.

Deutsche Bank is a crucial link in the chain of evidence if the FBI is pursuing charges against the US President Donald Trump beyond “obstruction of justice’ counts regarding its Trump-Russia probe.

Starting in the mid-1990’s Deutsche Bank has been one of the very few financial institutions which continued to do business with President Trump because of his previous bankruptcy filings. He was considered to be a high risk client. This is also when Russian monies came to the rescue in the form of purchasing many of his properties. Both have backed the president throughout the years. I have long held that because of these Russian financial ties, that the president had been co-opted to be a Russian asset, long before he even thought about running to be elected the US president.

As per a December 5, 2017, Reuters report,  “Deutsche Bank receives subpoena from Mueller on Trump accounts: source,” “Special Counsel Robert Mueller has asked Deutsche Bank (DBKGn.DE) to share data on accounts held by U.S. President Donald Trump and his family, a person close to the matter said on Tuesday (12/5/17).

“Germany’s largest bank received a subpoena from Mueller several weeks ago to provide information on certain money and credit transactions, the person added, confirming a report by German daily Handelsblatt published on Tuesday (12/5/17).” 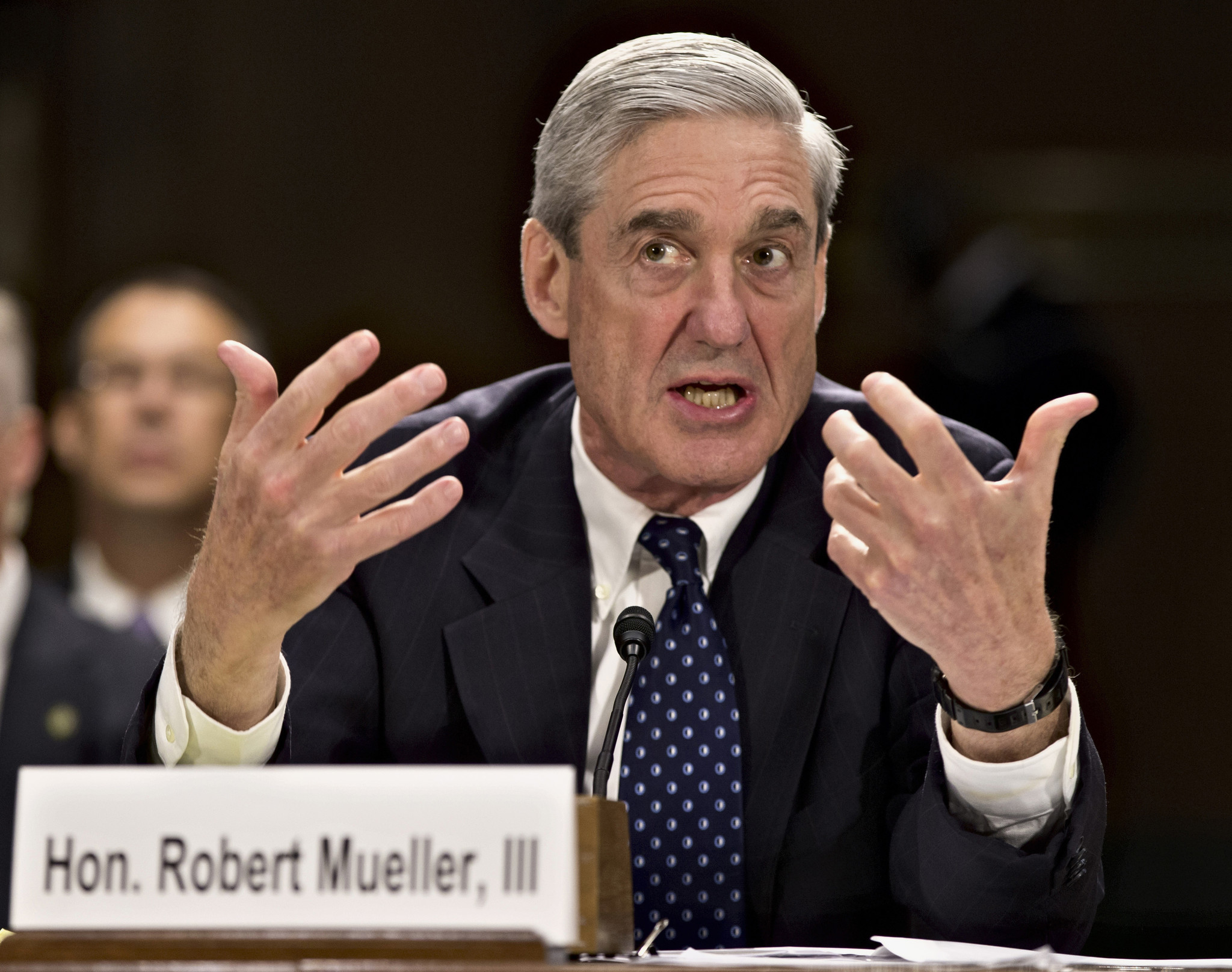 It is my opinion that too many Republicans have been abetting and and enabling a Russian asset who has been living in the White House. No, this is not “fake news, nor a conspiracy theory but a DOSE of reality.

The majority of republican legislators have been in a state of denial about their standard bearer very likely being a Russian asset in their midst because too many have become fearful of antagonizing the republican President Donald Trump’s ardent supporters who would follow him if he jumped off the Brooklyn Bridge. Then of course, congressional lawmakers have been counting on the president’s big money backers, and then, there is that marginal tax cut/ reform bill that the right has been dreaming about for years which they are close to passing in December 2017. It is my belief that these republicans are knowingly using a mentally diminished, Russian asset president as a Trojan Horse, so that they can finally accomplish the formation of projects on their long wish list. 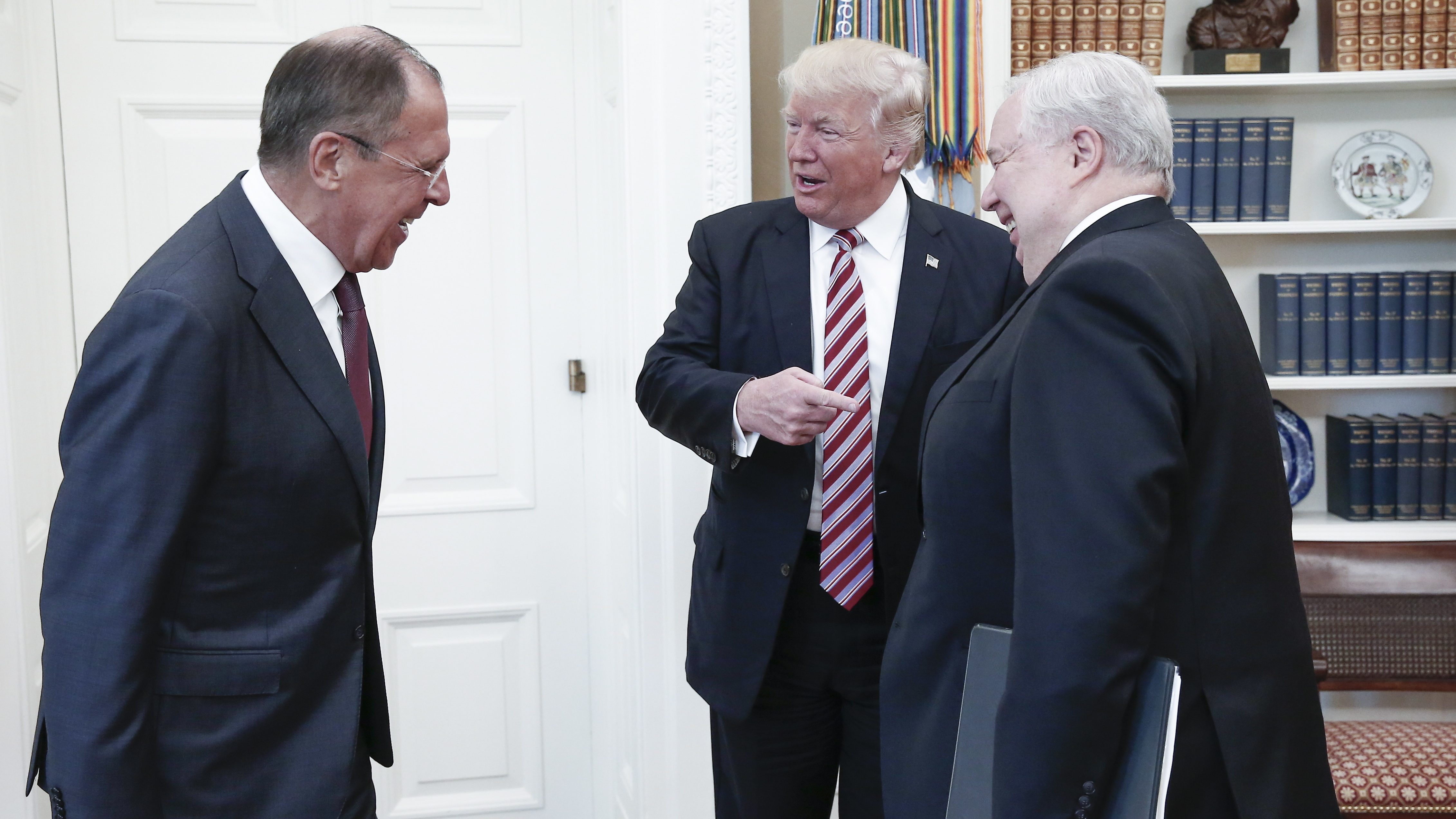 The fact that our President Donald Trump repeatedly claims that he does not have direct financial interests in Russia, is immaterial. Outside of Russia, a favorite tool of its spy craft has been to co-opt unwitting foreigners as assets, by becoming financially entangled with them and/ or their businesses. This is where our president is most vulnerable.

In short, just as US citizens who become financially involved with the mafia can expect to be eventually compromised, the same can be said of those dealing with Russians. The U.S. president is no exception.

What is worse is the president’s republican sycophants working in the White House and the US Congress are not even listening to their own IC community leaders like James Clapper, the former Director of National Intelligence (DNI), who has been sounding the alarm.

As per a 5/14/17 ThinkProgress report, “Clapper says Comey firing is a ‘victory’ for Russia,” by Lindsay Gibbs, “In an interview with Jake Tapper on CNN’s State of the Union (5/14/17), Clapper explained his belief that the foundations of our government, particularly our system of checks and balances, are being threatened by Trump’s actions.”

On the positive side, both US House republicans and democrats have overwhelmingly passed a veto proof bill barring the president from arbitrarily lifting any US sanctions imposed against Russia from 2012-2017 without prior congressional review and which the president did sign in August 2017. This action was taken as it became apparent that the president was leaning towards arbitrarily the lifting of sanctions with little to nothing in return.

Here are a few disconcerting facts for republicans to consider while they resist facing up to the fact that President’s behaviors fit all the descriptions of a Russian asset, and as they downplay the seriousness of Russia’s impact/ harm to US national interests.

1.) Deutsche has been our president’s largest creditor for about 2 decades.

2.) “Deutsche Bank has already been fined millions of dollars in January 2017 for laundering Russian dirty monies to the tune of $10 billion dollars via various methods and entities including the Bank of Cyprus.”

3.) “The head of Deutsche Bank during this dark period, Josef Ackermann became the chairman of the Bank of Cyprus in 2014.”

4.) “The largest shareholder of the Bank of Cyprus, Dmitry Rybolovlev is the same Russian oligarch who purchased the president’s Palm Beach home in 2008 for the inflated price of $95 million to $100 million dollars when it was appraised 5 years after purchase for about $60 million dollars.”

6.) Coincidentally, the newly confirmed US Commerce Secretary Wilbur Ross became the Vice Chairman of the Bank of Cyprus in 2014, but he has stepped down from this role.

7.) The Bank of Cyprus has a lengthy history of laundering Russian dirty monies which had supposedly been corrected. However, a 2/2/17 EUobserver article by Andrew Rettman reports the following:

9.) And he also may have been fired because of a case involving the 2012 Magnitsky Act. In 2013, Mr. Bharara announced he would indict 11 companies, lead by a corrupt Russian bank named Prevezon, that was involved in Magnitsky’s investigation and part of the scheme to launder $230 million in Russia. These companies fought the legal charges for years with a team that included Natalia Veselnitskaya and thanks to their legal maneuvers, the trial date was delayed to the summer of 2017 when it was settled for pennies on the dollar.

10.) All of the above does not include a myriad of  other signs, like the president’s consistent and frequent favorable rhetoric towards Russia, during his campaign and administration; the watering down of the July 2016 republican platform wording pertaining to the arming of Ukrainian citizens, consistent with Russia’s own internal policy; the numerous contacts by the president’s surrogates with Russian officials which were admitted to/ recalled only after media exposure. Then there was the June 9, 2016 Trump Towers controversial meeting, attended by the Russian attorney representing Prevezon and who had a history of advocating for the lifting of  2012 sanctions against Russia based on the Magnitsky Act along with the president’s son, Donald Trump Jr., the president’s son-in-law Jared Kushner and the then president’s campaign manager, Paul Manafort.

The story of Russia’s spycraft…

On 1/2/15, Edward Lucas of The American Interest penned an opinion piece for the website “StopFake.org, ‘Russia’s Sub Rosa Statecraft.”

“Western countries habitually underestimate the capabilities of the Russian intelligence services. These are indeed wasteful, corrupt, bureaucratic, nepotistic, and blinkered. But they have some big advantages. For a start, their top priority is subverting and penetrating Western societies. The reverse is not the case: It is not the West’s top priority either to penetrate Russia or to prevent Russia from penetrating it.”

“Russian espionage operates on different principles. The agencies there spend large amounts of time and money building up long-term assets, with little concern for an immediate payoff. If you recruit a bright Danish student, it may be twenty years before he becomes useful. But when he does, the consequences will be devastating. Russia is also far better at operating what in espionage parlance are known as “false flag” operations, in which the target is recruited under the guise of a different cause, perhaps involving environmentalism or digital freedom.”

“Abundant resources and ruthless ingenuity mean that the Russian espionage adversary is a shape-shifter: In one manifestation it may be a legitimate-seeming energy company, then a curious student apparently from a NATO country, then a jovial official from the Russian embassy, then a supposedly independent charitable outfit offering a large donation to anyone who conducts the right research, then a hard-working secretary, then a Portuguese business consultant. This gives Russia what American intelligence theorists call “natural capacity”: the ability to operate in the guise of a legitimate business or organization. For Western intelligence agencies, this involves formidable legal and bureaucratic obstacles. Russia adopts it without a qualm.”

“For more than twenty years, the West has tried to integrate Russia—diplomatically, financially, economically, and institutionally. True, Western policymakers have accepted (belatedly in many cases) that Russia is an authoritarian kleptocracy. True, many also accept (reluctantly and tentatively in many cases) that it is a revanchist power that menaces its neighbors. But few are willing to accept the seriousness of the threat and give it the priority it deserves. These days it is one threat among many.”