There is now proof which needs to be verified that would show that the republican President Donald Trump’s former National Security Adviser General Mike Flynn had been counting on the lifting of US sanctions against Russia as soon a the president was ensconced in the White House. This evidence has been produced in one case in the form of a text sent by Mr. Flynn to his former business partner with the above described information.

The democratic Rep. Elijah Cummings, D-Md., wrote in a letter sent Wednesday (12/6/17) to Committee Chairman Trey Gowdy, R-S.C, requesting that the involved parties be subject to a subpoena to nail down the authenticity of the pertinent correspondence, but the Rep Gowdy has been somewhat resistant to taking this step. (As per NBC, Click here to read the letter) 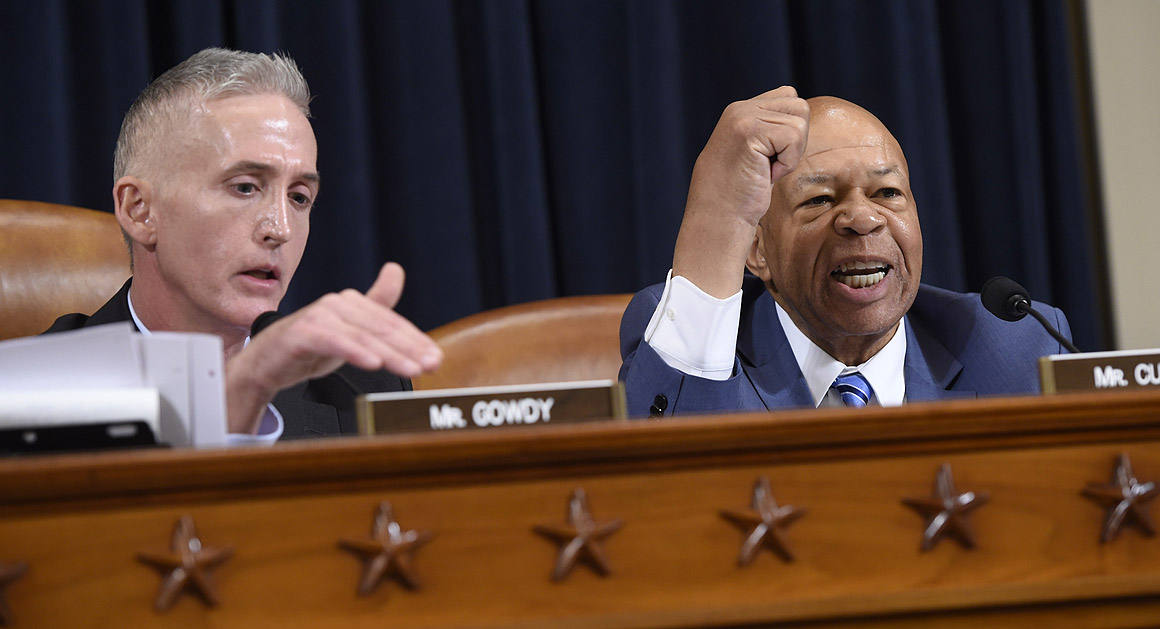 “Donald Trump was just 11 minutes into his presidency when his choice for national security adviser, Michael Flynn, texted a former business partner to say an ambitious U.S. collaboration with Russia to build nuclear reactors in the Middle East was “good to go,” according to a new whistle-blower account.”

“The whistleblower also says that Flynn assured Copson that U.S. sanctions on Russia that could block the nuclear project would be “ripped up” once Trump was inside the White House.”

“The account from the anonymous whistle-blower is detailed in a new letter from the top Democrat on the House Oversight and Government Reform Committee to his Republican counterpart asking that the panel subpoena Flynn, Copson, the White House and others involved in the alleged plan.”

“Cummings writes that he is bringing forward his request now because special counsel Robert Mueller had asked him to delay acting on the information “until they completed certain investigative steps.”

“But, according to Cummings, Mueller’s directive was dropped after Friday (12/1/17), when Flynn entered into a cooperation agreement with Mueller’s team by pleading guilty to lying to the FBI about his conversations with the Russian ambassador to the U.S. at the time, Sergey Kislyak, during the presidential transition. One of those conversations between Flynn and Kislyak was about U.S. sanctions that the Obama administration imposed on Russia in response to Moscow’s interference in the presidential election.”

“Mueller’s team and congressional investigators have been probing cases in which Flynn may have sought to use his status as Trump’s national security adviser for personal financial gain, according to people familiar with the investigation. One such instance, these people said, involves a December 2016 meeting between Flynn and senior Turkish officials to discuss a plot to return a top rival of President Recep Tayyip Erdogan to Turkey and drop federal charges against an Erdogan ally jailed in the U.S. in exchange for $15 million.”

“Flynn served as an adviser for ACU from April 2015 to June 2016, according to his financial disclosure form. Congressional Democrats have already sought information from Flynn’s attorneys about whether he failed to disclose the full nature and extent of his travels to the Middle East during that time, and whether his business interests at that time may have influenced his conduct during what was ultimately a brief tenure as national security adviser.”

“Flynn later served as an adviser for the IronBridge Group, which was also involved in an Arab nuclear plan. According to a PowerPoint presentation from ACU obtained by Newsweek, Russian firms that would have been involved as well included a Russian arms exporter currently under U.S. sanctions. Reuters reported the project also would have included Rosatom, Russia’s state nuclear company, and another Russian engineering and construction firm also under U.S. sanctions.”

“Federal conflict of interest regulations say that employees should not participate in matters for which they have previously acted as a consultant, or which are likely to have a direct financial benefit for close family.”

Cummings concedes that Copson may have lied in his account to the whistleblower, which is why he is asking Gowdy to agree to subpoena Copson and others to corroborate the claims.”

“Subpoenas could not be issued by the committee without Gowdy’s approval. In his letter, Cummings notes that when then-Rep. Jason Chaffetz chaired the Oversight Committee he had agreed to seek documents from the White House related to whether Flynn had lied on his security clearance forms about foreign contacts or payments.”

“But Gowdy, who became chairman after Chaffetz resigned from Congress in June, has not agreed to pursue the issue further, arguing that to do so would potentially conflict with Mueller’s probe.”

“I believe the American people want Congress to hold President Trump and his Administration accountable, and they are tired of Republicans in Congress putting their heads in the sand,” Cummings writes.”