aside US Senate Tax Bill Passed On December 2, 2017 Is Full Of Holes, OOPS! 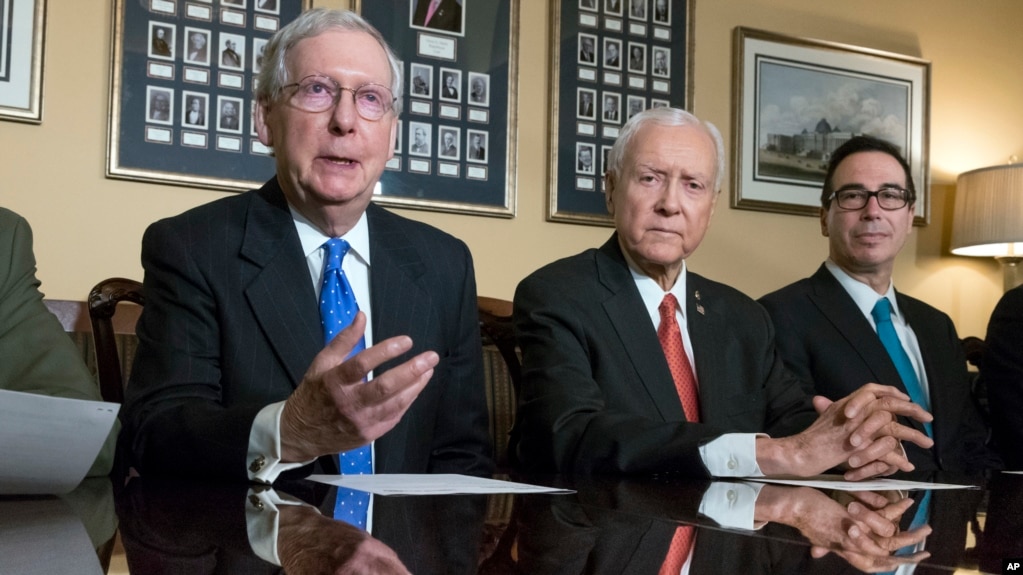 I recall the US Senate Majority Leader Mitch McConnell crowing on my TV screen after the successful passage of the senate’s tax cut bill on the wee morning hours of December 2, 2017, stating that no one was complaining about the crazy pace of how the tax cut bill was patched together and besides only losers complain about the process. Well he is now having to eat crow with those words.

On December 4, 2017, Eric Levitz of the New York Magazine penned the following report,  “The Senate GOP Accidentally Killed Some of Its Donors’ Favorite Tax Breaks”

On Friday, Senate Republicans rewrote the American tax code over lunch — and passed their (partially handwritten) legislation around 2 a.m. the following morning.

when the order is real regular pic.twitter.com/Eh7PIHDQmk

not at all weird, very regular, very normal pic.twitter.com/3D77KMFICm

Twitter Ads info and privacy
” Mitch McConnell never subjected his blueprint for restructuring the world’s largest economy to a single hearing. His caucus never invited experts to offer insight into the bill’s implications for housing, health care, higher education, outsourcing, or tax evasion. This haste had an upside for the Senate GOP: It allowed the party to pass deeply unpopular changes to the tax code before the public had time to learn about them.” 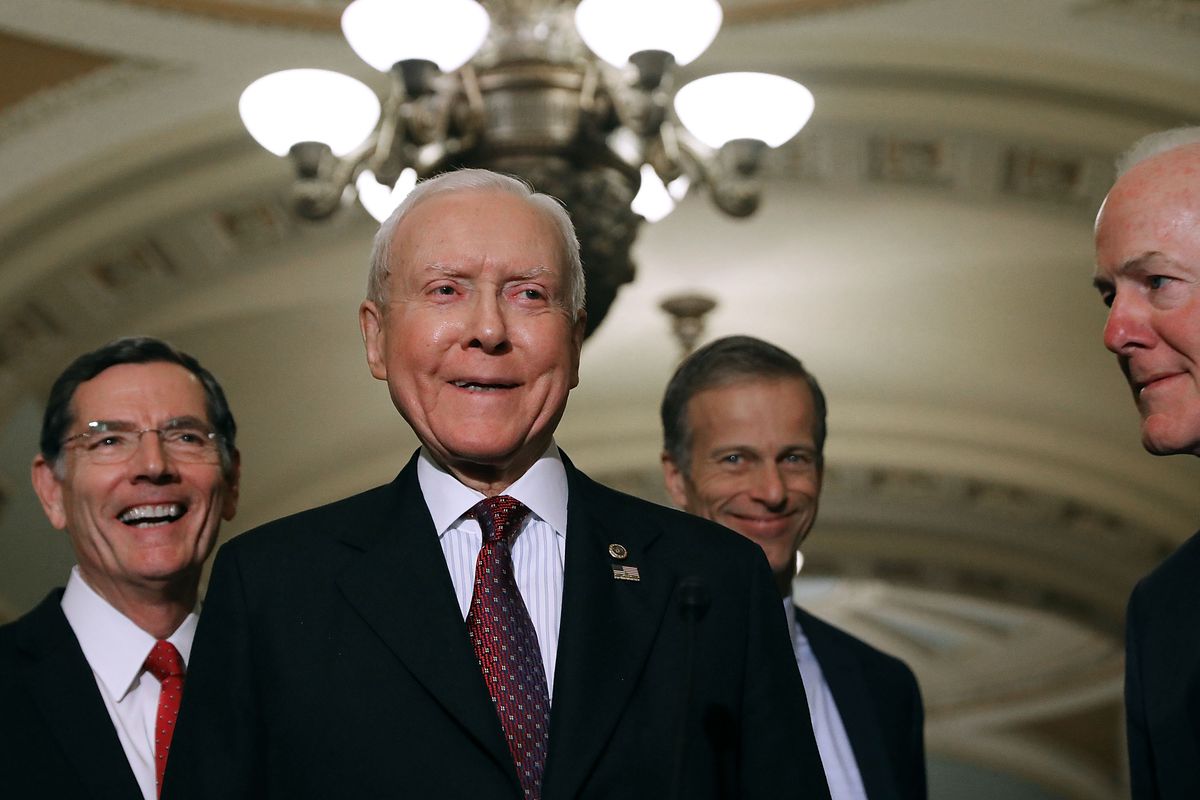 “But approaching major legislation like an Adderall-addled sophomore approaches an overdue term paper came with a minor drawback: It forced the party to pass a tax bill before they had time to read it.”

“In hindsight, McConnell should have asked for an extension. While Republicans were manically outlining their plans to take from the poor to give to the Trumps, they also, accidentally, nullified all of their corporate donors’ favorite deductions.”

“This screwup — like most of the tax plan’s oddest features — was born of a math problem. Due to arcane Senate rules, the Trump tax cuts can only add $1.5 trillion to the deficit over the next decade. Last Thursday, the Senate tax bill already cost about that sum, and then McConnell started making expensive promises to his few holdouts. Susan Collins wanted a $10,000 property tax deduction for Americans in high-tax states; Ron Johnson wanted a 23 percent business-income deduction for the company that his family owns. This left the Senate Majority Leader searching under the tax code’s couch cushions for new sources of revenue.” “Eventually, he came upon the corporate alternative minimum tax (AMT). At present, most corporations face a 35 percent (statutory) rate on their income. But by availing themselves of various tax credits and deductions, most companies can get their actual rates down far below that figure. To put a limit on just how far, the corporate AMT prevents companies from paying any less than 20 percent on their profits (or, more precisely, on the profits that they fail to hide overseas).”

“The GOP had originally intended to abolish the AMT. But on Friday, with the clock running out — and money running short — Senate Republicans put the AMT back into their bill. Unfortunately for McConnell, they forgot to lower the AMT after doing so.”

“With this blunder, Senate Republicans have achieved the unthinkable: They’ve written a giant corporate tax cut that many of their corporate donors do not like. As The Wall Street Journal reports:”

“The biggest consequence could be the research credit, often used by manufacturers, technology firms and pharmaceutical companies, and the National Association of Manufacturers said it was working with policy makers to address the issue.”

“Under the credit, companies get money back from the government for what they spend on innovation, often for wages of scientists and engineers. Corporations will claim $10.3 billion in research credits in 2018, according to the congressional Joint Committee on Taxation.”

“… Murray Energy Corp., an Ohio-based firm and the largest privately held U.S. coal-mining company, complained that the AMT decision and the Senate’s tougher limits on interest deductions made a “mockery out of so-called tax reform.” Robert Murray, the company’s chief executive officer, said the Senate tax plan would raise his company’s tax bill by $60 million.”

“What the Senate did, in their befuddled mess, is drove me out of business and then bragged about the (getting) some tax reform passed,” Mr. Murray said in an interview Sunday. “This is not job creation. This is not stimulating income. This is driving a whole sector of our community into nonexistence.” 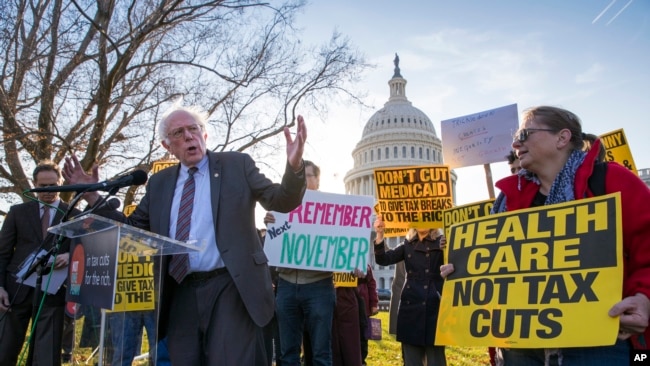 “McConnell’s mistake has two big implications. First and foremost, it means the Senate will almost certainly have to vote on a tax bill again before one goes into law. Previously, it looked as though Paul Ryan had enough votes in the House to pass the Senate bill as is. This took pressure off the party’s conference committee (the House and Senate leaders tasked with reconciling each chamber’s bills). Worst-case scenario, the House could just rubber-stamp the Senate’s work. Now, that option is deeply undesirable. It remains overwhelmingly likely that Republicans will pass a giant tax cut. But their task is now a bit more difficult.”

“The second implication is that McConnell is going to need new revenue. In all probability, Republicans are going to drop the alternative-minimum tax rate well below 20 percent. That will put the bill’s price tag over $1.5 trillion. Right now, some of the House’s most heinous revenue raisers — including the infamous tax on graduate student tuition — are not in the Senate bill. Chances are now somewhat higher that these odious provisions will make it into the final legislation, as Republicans will once again be desperate for pay-fors. That said, it’s also possible that the GOP will simply revise their bill’s corporate rate up to 22 percent, now that President Trump has given the party permission to do so.”

“Regardless, the AMT fiasco is bound to be the tip of an iceberg of unintended consequences. Senate Republicans wanted to pass their (indefensible) tax bill before anyone had time to figure out what was in it.”