aside US House Republicans On Judiciary Committee Are Being Hyper-critical Of FBI, December 2017

On December 7, 2017, The head of the FBI Christopher Wray came before the US Congress House’s Judiciary Committee for the first time since he was appointed. I was shocked as I watched how the republican members consistently attacked the alleged bias of the FBI’s Special Counsel Robert Mueller III and the FBI agents on his team who are all part of the Trump Russian probe. Mr. Wray  gave a full throttled defense by declaring his faith and awe for all the FBI agents who do outstanding work for the American peoples, day in and day out.

As it has become obvious that the Special Counsel Robert Mueller has been doing a very credible job with his investigation where current results do not bode well for the republican President Donald  J. Trump’s future, the republicans en masse went on a politically partisan full press frontal attack to diminish the reputation and credibility of the FBI and all of the agents along with Mr. Mueller. It started with the president tweeting about how incompetent the FBI has become. This thread was echoed by the FOX TV pundits; other right wing media outlets; 2 Wall Street editorial pieces; those on the House judiciary committee and the below op-ed piece excerpts published by the Washington Post. I only wish the democrats were equally disciplined to respond effectively with facts.

“The author Ed Rogers of the below op-ed piece is a contributor to the PostPartisan blog, a political consultant and a veteran of the Ronald Reagan and George H.W. Bush White Houses and several republican national campaigns. He is the chairman of the lobbying and communications firm BGR Group, which he founded with former Mississippi governor Haley Barbour in 1991. His op-ed piece reflects well the thinking of republicans supportive of President Trump.

The December 8, 2017, the Washington Post’s opinion piece by Ed Rogers reflects the thinking of what the Judiciary Committee republicans exhibited, “Enough has been disclosed in recent weeks that would create doubts about the objectivity and honesty of Mueller’s Russia investigation. Specifically, recent reports suggest that Peter Strzok, the deputy head of counterintelligence at the FBI, was working on Mueller’s investigation until he was removed during the summer, after Mueller discovered he had exchanged text messages critical of Trump with a lawyer assigned to the probe, with whom he was involved romantically. Strzok, it turns out, was also responsible for editing then-FBI Director James B. Comey’s description of Hillary Clinton’s handling of classified emails,  reportedly  softening the language from describing Clinton’s actions as “grossly negligent” to “extremely careless.“

“Oh and by the way, several of the attorneys on Mueller’s team have collectively given over $62,000 in political contributions to Democrats. Are we supposed to pretend that this doesn’t show any bias? One attorney in particular, Jeannie Rhee, has donated more than $16,000 to Democrats since 2008 and even defended the Clinton Foundation in a racketeering lawsuit. She also defended Clinton in a 2015 lawsuit that sought access to her private emails, as well as Ben Rhodes, deputy national security adviser under President Barack Obama, during the House Select Committee on Benghazi’s investigation. At a minimum, all of this suggests favoritism toward Clinton and the Democrats.”

“Because even the slightest hint of partisan impropriety could have a disqualifying effect on the investigation, Mueller has got some explaining to do — what he knows about bias in his organization, when he knew about it, and what he plans to do to fix the problem and correct the discrediting optics.” 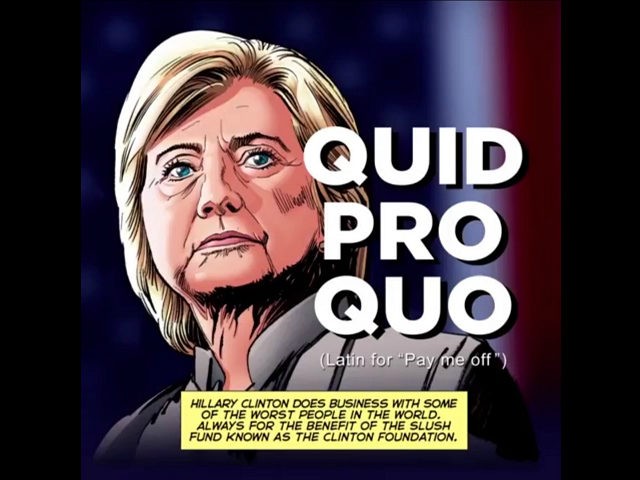 What is not mentioned in the op-ed article, is the story of the NY FBI agents , fans of the right wing “Clinton Cash” book who kept pushing for a broader investigation but became frustrated when their efforts were stymied by management. They were the ones to approach the FBI Director Comey with the issue of newly discovered Hillary Clinton emails in October 2016, whereupon Mr. Comey wrote the infamous October surprise letter regarding these letters. The Inspector General is investigating the circumstances surrounding this incident.

As per an 11/3/16 Washington Post article, “The Justice Department attorneys and FBI officials in Washington viewed the agents’ presentation as lacking substantive evidence. The attorneys felt it relied too heavily on public reports and the book “Clinton Cash,”( a Breitbart far right book) and denied the agents authority to move forward. The 2015 book, by conservative author Peter Schweizer, relied heavily on public records and presented a largely circumstantial case that State Department actions were driven by donations to the Clinton Foundation and payments to Bill Clinton.”

“In addition, what the above piece neglects to cover is that the FBI Special Counsel Robert Mueller III who has been a republican for ages, has earned his well-deserved reputation for competence, decency and integrity. The republicans in the White House and the US Congress have NOT been the beneficiaries of similar bona fides. The vast majority of Americans would take the word of Mr. Mueller over his critics, anytime. But there is that vocal minority within the republican party who will continue to back the president, no matter what the facts are.”

“Mr. Mueller, a Vietnam war veteran hero with medals for valor like the purple heart and a bronze star, worked initially as a private lawyer and then later as a Justice Department official. He was appointed FBI Director in 2001 by President George W. Bush where he took over the reins of the FBI weeks before the 9/11 attacks. He was faced with unprecedented security challenges. As he sought to expand the functions of the agency, he created an exceptional reputation for himself. In a sign of the bipartisan approval he earned, Mr. Mueller’s term was extended for two years by President Barack Obama after the original 10-year tenure ended in 2011. In 2013, he returned to the private sector.”

“”We the people” were very fortunate when he stepped up to replace the FBI Director James Comey who was fired by the president because he wouldn’t back down on the Trump-Russian investigation. He is the one person who the Americans can trust to conduct a competent, above board, professional, thorough inquiry. The minority of folks who are critical are the president, his republican sycophants in the White House and the US Congress, the right wing media and ardent followers.”

“House Republicans grilled FBI Director Christopher Wray on Thursday (12/7/17) amid renewed allegations of political bias within the bureau and the Department of Justice. During a House Judiciary Committee hearing, Wray faced questions about the completed investigation into Hillary Clinton’s use of a personal email server and the special counsel probe into Russia’s election meddling and possible collusion.”

“At the very least, the FBI’s reputation as an impartial nonpolitical agency has been called into question recently,” Representative Bob Goodlatte, the Republican chairman of the committee, said in the hearing. He cited President Donald Trump’s December 3 remark that the FBI’s reputation is “in tatters” and spoke of potential bias in the probe by special counsel Robert Mueller.” 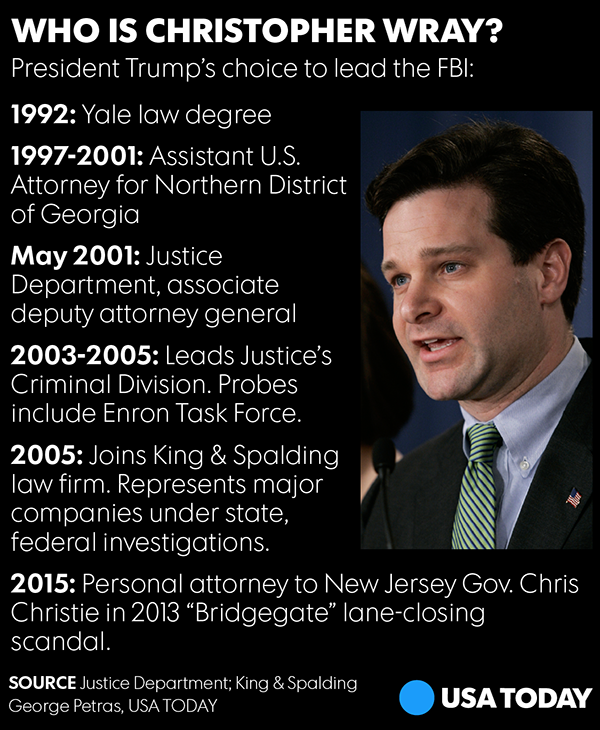 “The hearing was to be about general oversight of the FBI. But Republicans on the committee claimed the FBI and Justice Department had a pro-Clinton bias that has continued into the special counsel investigation into Russian meddling in the 2016 presidential election and possible coordination with the Trump campaign.” 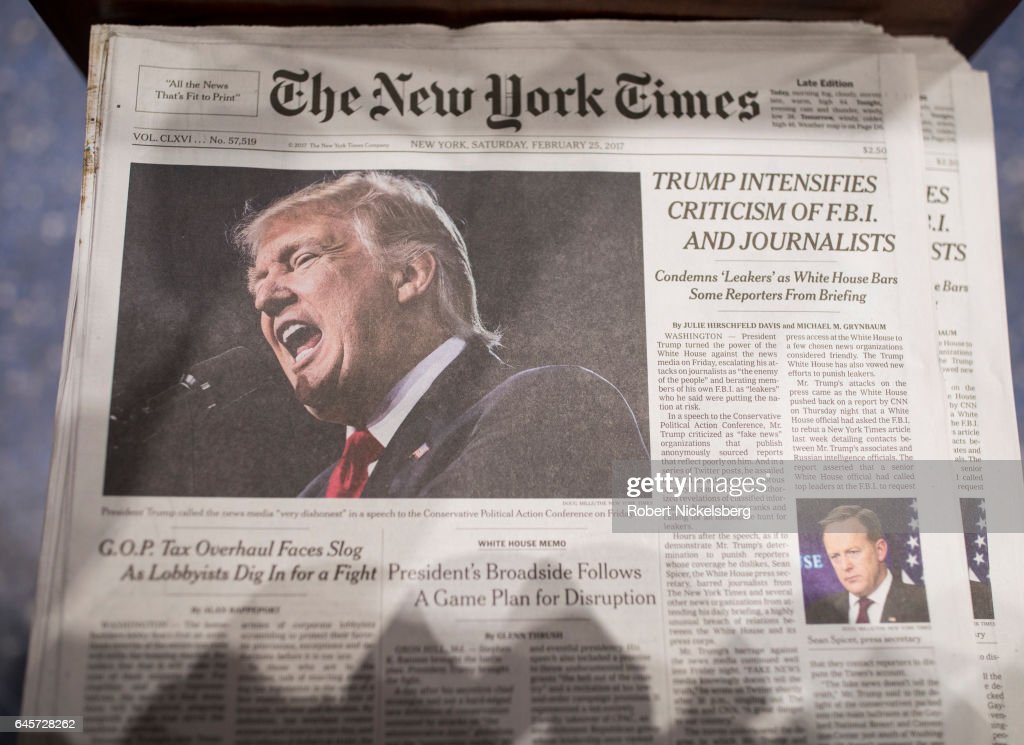 “Clinton attributed her 2016 election loss to former FBI Director James Comey’s handling of the emails case. But Republicans claimed the bureau treated her too favorably, pointing to recent revelations, including that Comey began drafting his July 2016 statement announcing the outcome of the investigation months in advance. They also spoke about how Mueller’s office removed an investigator amid allegations that he had exchanged text messages that could be considered critical of Trump. That investigator, Peter Strzok, led the Clinton case.”

“On Tuesday, BuzzFeed reported that Andrew Weissmann, a prosecutor on Mueller’s team, emailed Sally Yates the day Trump fired her as acting attorney general for refusing to defend one of his executive orders, writing, “I am so proud.” Weissmann remains on Mueller’s team. Trump and his allies have also accused FBI Deputy Director Andrew McCabe of misconduct, pointing out that when his wife ran for state senate, she received campaign contributions from entities associated with Virginia Governor Terry McAuliffe, a Clinton ally.”

The Justice Department inspector general is reviewing Comey and McCabe’s conduct and expects to release its report in March or April. On Thursday, asked about Comey and the Clinton case, Wray repeatedly mentioned that ongoing review. “The handling of the investigation, and in particular whether or not decisions made in that investigation were the product of any improper considerations, is precisely what the outside independent inspector general is investigating,” he said. “And when we get his findings, I will look and see what appropriate action we can take at the FBI in response to that.”

“Asked about Strzok, the agent Mueller removed over possible text messages, Wray said an FBI agent was allowed to have a political opinion and share that opinion with a romantic partner, as Strzok is believed to have done. The FBI director clarified that Strzok was reassigned, not disciplined.”

“The increased criticism of the FBI in the past week coincided with the advancement of Mueller’s special counsel probe. On December 1, Mueller’s office announced its latest charge: against former national security adviser Michael Flynn, who pleaded guilty to lying to federal agents about his contacts with the Russian ambassador. On December 2, Trump tweeted: “So General Flynn lies to the FBI and his life is destroyed, while Crooked Hillary Clinton, on that now famous FBI holiday ‘interrogation’ with no swearing in and no recording, lies many times…and nothing happens to her? Rigged system, or just a double standard?” He added: “Many people in our Country are asking what the ‘Justice’ Department is going to do about the fact that totally Crooked Hillary, AFTER receiving a subpoena from the United States Congress, deleted and ‘acid washed’ 33,000 Emails? No justice!”

“A day later, Trump tweeted: “After years of Comey, with the phony and dishonest Clinton investigation (and more), running the FBI, its reputation is in Tatters – worst in History! But fear not, we will bring it back to greatness.” The president also retweeted a post about Strzok, and one that said, “Wray needs to clean house.”

“Following those tweets, Wray wrote in an email to bureau employees that he was “inspired by example after example of professionalism and dedication to justice demonstrated around the bureau. It is truly an honor to represent you.” He told them, “Keep calm and tackle hard.”

“The scrutiny has continued. On Wednesday, a half-dozen Republicans from the House of Representatives held a press conference calling for answers about Comey and Clinton. On Tuesday and Wednesday, Senator Chuck Grassley, chairman of the Senate Judiciary Committee, wrote to Wray and the Justice Department inspector general asking for information about Strzok. Grassley has also written this month to Deputy Attorney General Rod Rosenstein, claiming that FBI Deputy Director McCabe appeared to have violated the Hatch Act, which forbids certain government employees from participating in some political activities.”